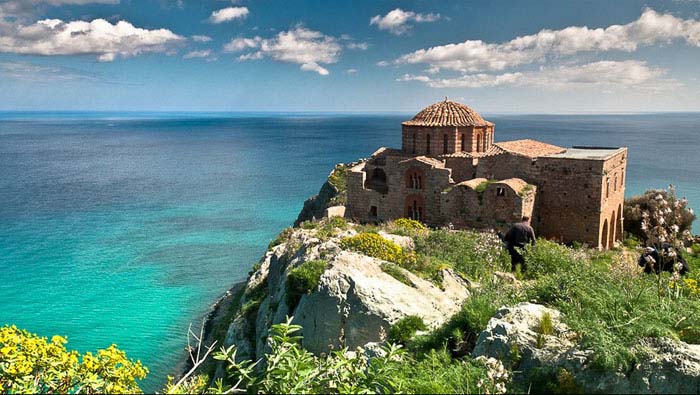 Old watch tower looks out over the Mediterranean in Monemvasia. Photo by Petros Galanakis , flickr

Greece is an absolutely stunning place to visit, steeped in history and culture. Everyone knows the tourist hot spots like Athens, but here is a list of 10 lesser known villages to explore in Greece. 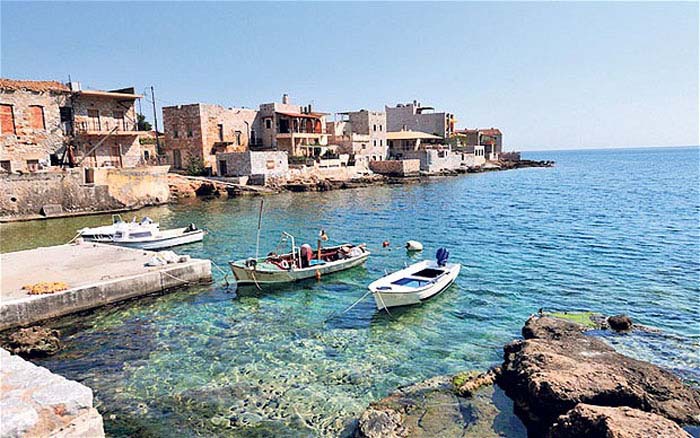 Mani is rich with seafood and impressive harbour views

Located in Greece’s south, in the middle peninsula of the Peloponnese, Mani is rich with local history. From Byzantine relics to Franc castles, this pristine area is a history buff’s dream. Castello Antico in Gytheio offers exceptional service and accommodation and to entertain yourself why not try the food at Takis Fish Tavern? Or perhaps take a tour of the area through the Greece and Mediterranean Travel Centre. 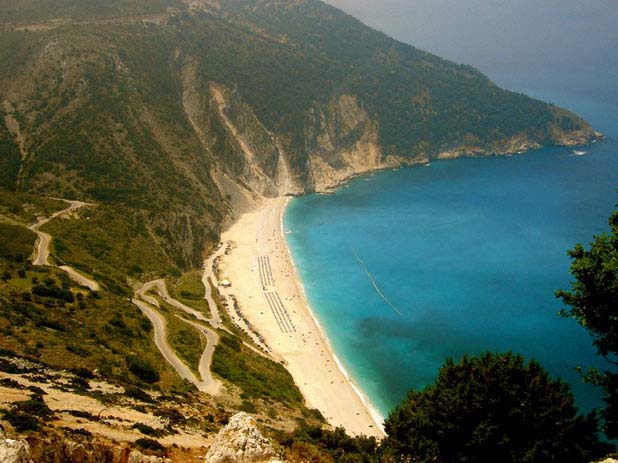 The incredible beaches of Myrtos. Photo by Nikos K, flickr

For more of a beachside getaway is the small village of Myrtos on the south-eastern side of Crete. Its tranquil white-walled houses and long sandy beach are ideal for someone looking for a quiet getaway. Accommodation is available near the beach from the Big Blue and Mirtos Hotel while Platanos Restaurant and Bar provides suitably fine cuisine. 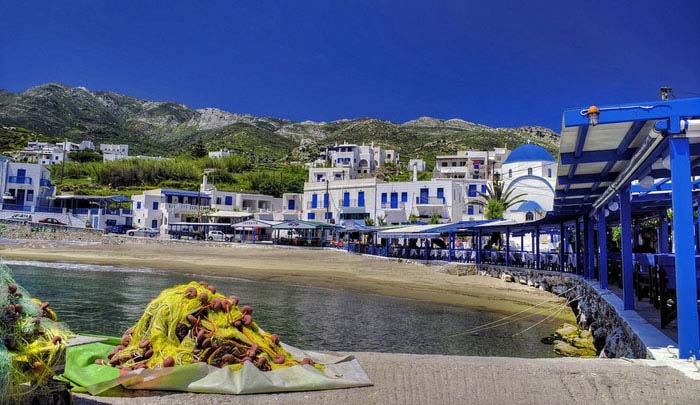 Hidden away on the northern shore of Naxos, Apollon is the furthest thing from a tourist trap. Rather than nightclubs and crowded beaches you’ll instead receive an authentic slice of Greek culture and real people. The Adonis Hotel is the go to choice for accommodation here and you can soak up the atmosphere at the nearby Akrogiali Café and Bar. 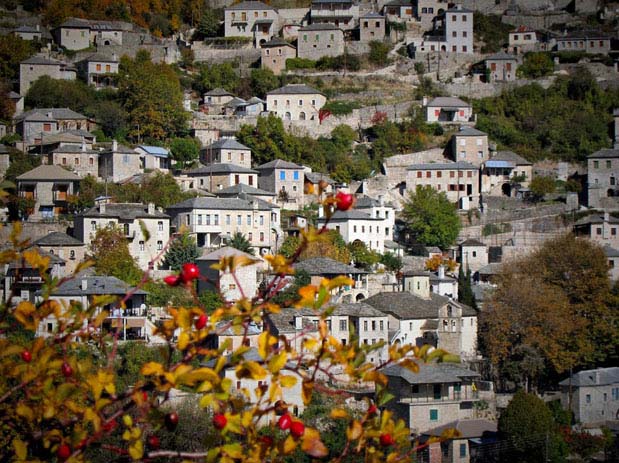 Mercifully, no cars are allowed in Syrrako village. Photo by Dimitris Illiopoulos, flickr

Nestled in the Ionian mountain ranges in the west of the country, Syrrako is a challenging place to visit, but rewarding for a traveller with the right mindset. Cars are not allowed in the village, but there are plenty of old villas transformed into hotels to reward you for your trek such as the Syrrako Hotel. There is a memorable hiking route that crosses Chrousia’s ravine. 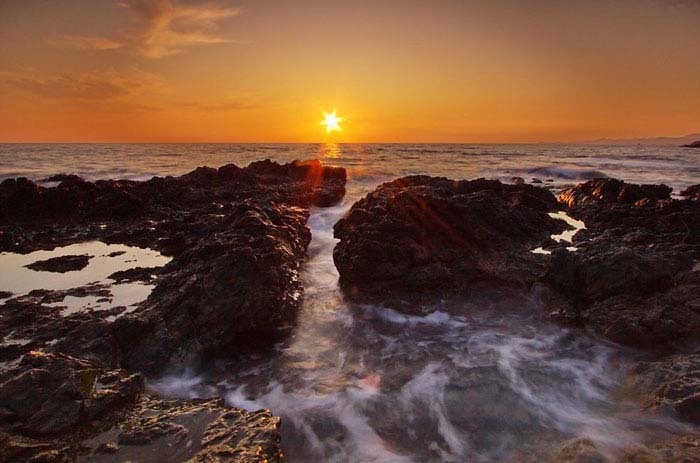 The island of Lesvos near Turkey is home to some of the most beautiful beaches in the Mediterranean, chief of which is the 7km stretch of sand that is Vatera. There is accommodation available at the Aphrodite Hotel and you can spend your time on the beach, exploring the local villages or the hot springs near Poliknitos. 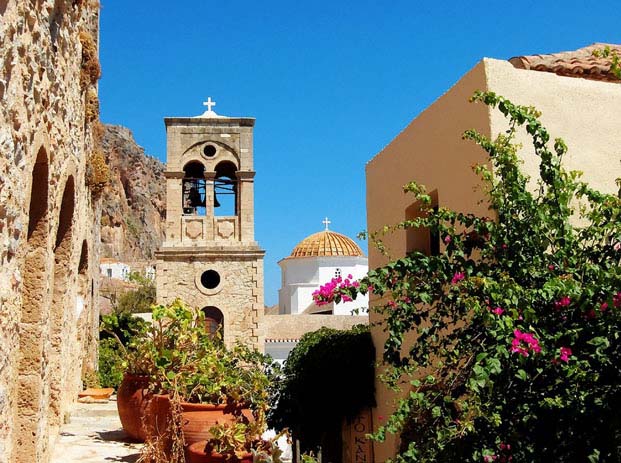 Monemvasia is a small island connected to Southern Greece’s mainland by a narrow bridge. This medieval village is built inside a castle and is quite a popular destination for honeymooners. The Likinia Hotel offers quality accommodation and you can pick up something to eat nearby at Mateo’s Cafe and Snack Bar. 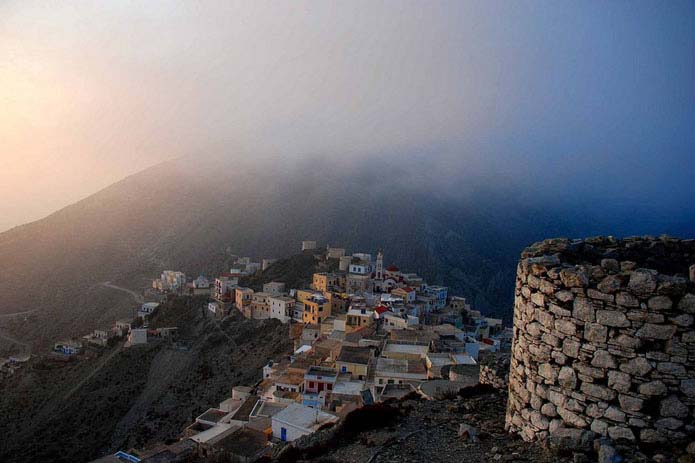 Fog creeping in over Olympos. Photo by Aggeliki Kal, flickr

Not to be confused with the famous Mt Olympus, Olympos is yet another island location, this time on the island of Karpathos. However, instead of beaches what you’ll get at Olympos is rugged terrain and stunning natural beauty. A House for Rent is available at Irene’s House, a quaint little house renovated to welcome guests. Take a day trip to explore the rest of the island and stop by Blue Restaurant Café in neighbouring village Diafani. 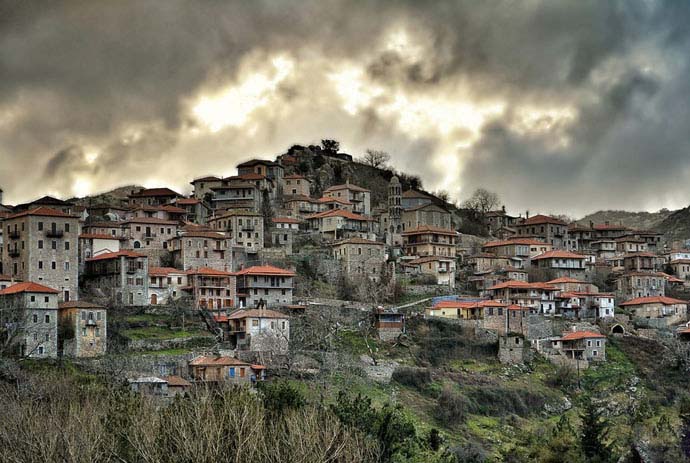 Dimitsana is a popular winter destination for Greeks, but it’s not well known outside of the country. There are museums where you can learn of Dimitsana’s role in the Greek revolution and plenty of restaurants where you can try some spiced Greek alcohol. Amanites B&B offers high quality accommodation and is near authentic taverns such as To Lathos. 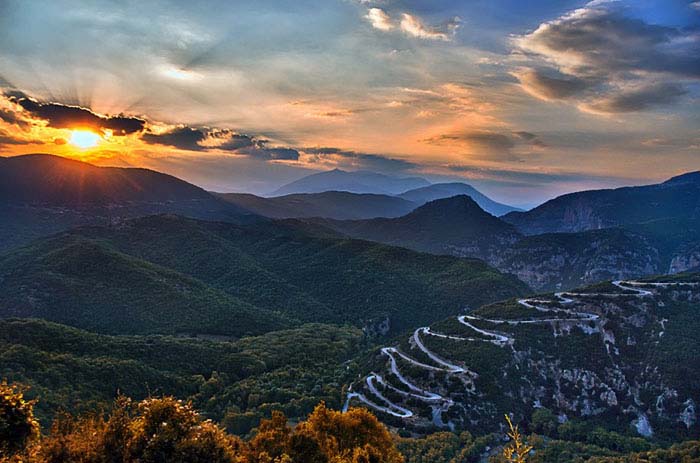 Sunset over the rolling hills of Zagorohoria. Photo by Dimitrios Lamprou, flickr

Zagorohoria is actually made up of a number of smaller villages in the Pindus mountain range. A hiker’s dream, this region offers some amazing scenery for those with the constitution to handle it, such as the Vikos Gorge. The Artemis Apartments offer an alternative to hotels and are only 40 minutes away from the Vikos Gorge and close to taverns and restaurants like the To Dendo Restaurant. 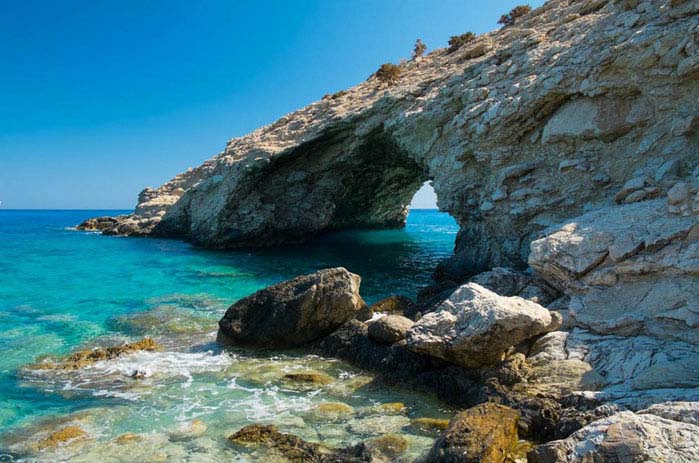 Gavdos is the southernmost island in the Mediterranean and its geographic location supports the kind of activities available there. There’s not much to do on Gavdos except soak up the sun and the sea, and maybe pitch a tent. If camping is not to your liking, there is family friendly accommodation at the Kianai Beach Resort.