10 of the best festivals you should try to visit

Every year millions of people travel the globe to catch a glimpse of some of the world’s biggest, most extravagant festivals. From the well-known Glastonbury festival to the lesser known Diwali Festival, here is our list of 10 of the best festivals you should try to visit around the world. 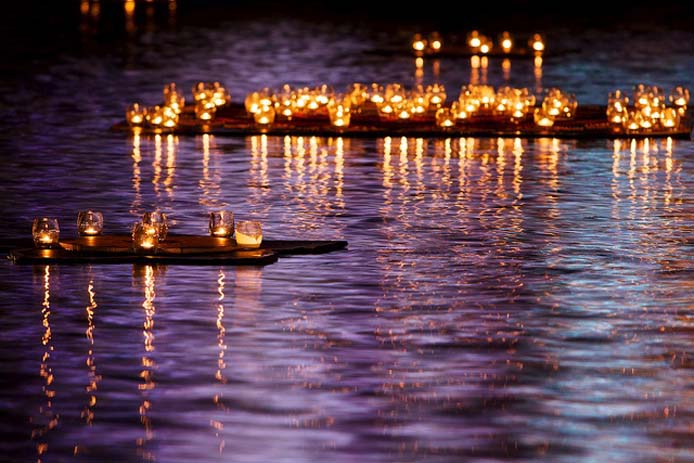 Marked by four days of celebration, this festival held annually between mid-October and mid-November the biggest and brightest of the Hindu traditions. With its beginnings in ancient India as a harvest festival, Diwali has come a long way, with each day celebrating a different tradition. Visitors can expect to see homes lit up with oil lamps and candles, and the night sky to be illuminated with firecrackers. 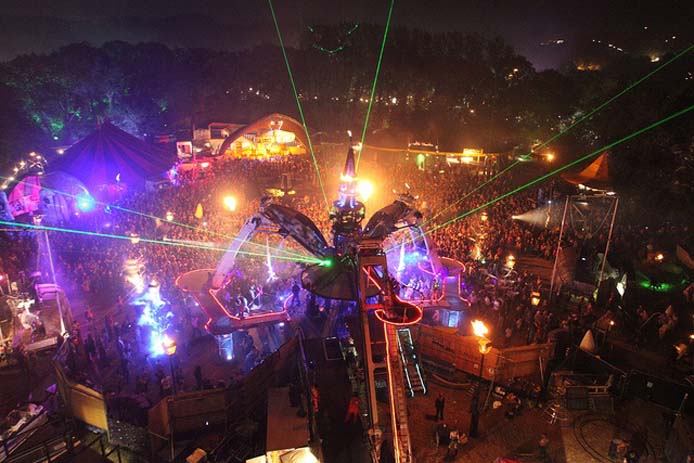 Glastonbury festival is attended by around 175,000 people each year. Photo by paolo999, flickr

For all those music lovers out there, Glastonbury Festival of Contemporary Performing Arts is not to be missed. Held in Somerset, England on the last weekend of June each year, Glastonbury is attended by approximately 175,000 people, making it the largest greenfield festival in the world. Festival goers can experience the festival to its fullest by camping over the three days in tents, caravans or motorhomes. Having seen some of the biggest acts in the world, including The Rolling Stones, Paul McCartney, and U2, Glastonbury Festival is everything a music festival should be.

MORE: TOP 5 MUSIC FESTIVALS YOU MUST SEE WHEN IN EUROPE 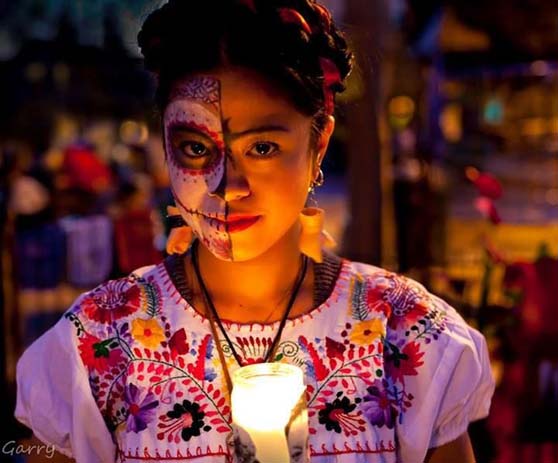 Colourful display of costumes and culture during Dia de los Muertos in Mexico. Photo by we heartit.com, Pinterest

Dia de los Muertos, or Day of the Dead, is a three day Mexican festival celebrating the deceased. Beginning on October 31 and ending November 2, this unique experience combines a colourful display of costumes and culture, and has close relations to Halloween. Many cities around the world celebrate Dia de los Muertos, however the more memorable ones are held in Mexico City and Los Angeles. 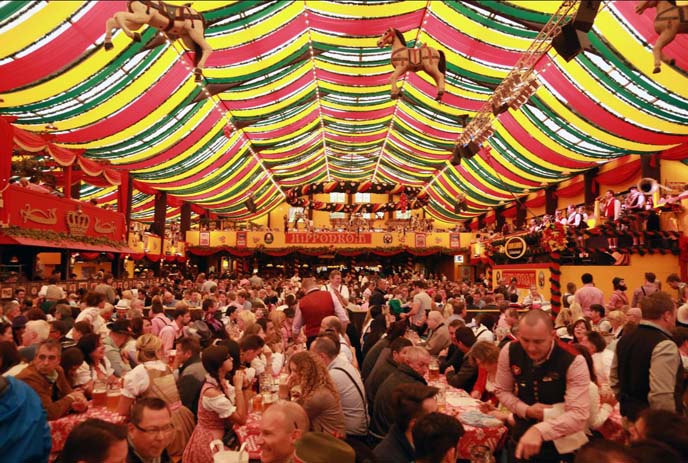 Always a good time when the beer is flowing at Oktoberfest. Photo by xsnowdog, flickr

One of the biggest festivals in the world, Oktoberfest in Munich attracts more than 6 million people every year to indulge in this 16 day event starting in late September. An important part of Bavarian culture, the festival began in 1810, and serves approximately 7 million litres of beer each year. The festival has also expanded to include attractions such as amusement rides and side stalls.

On the last Monday of August each year, approximately 50,000 people come together in the deserts of Nevada to enjoy a week free of the normal conventions of society and to experiment with art, self-expression, and self-reliance. Burning Man is named for its tradition of setting alight a large wooden effigy, and the festival is perfect for those who want to party 24/7. 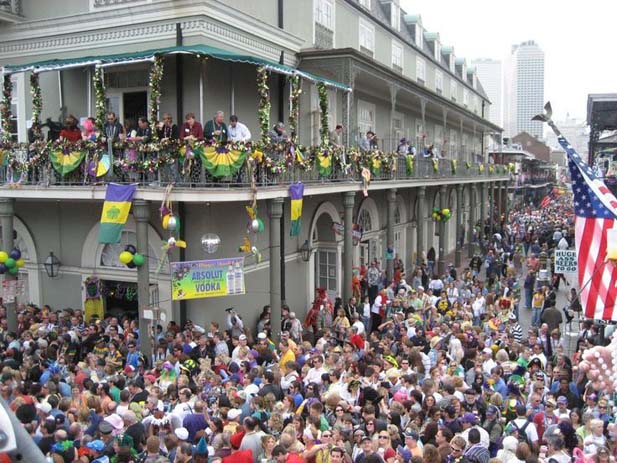 Mardi Gras, or ‘Fat Tuesday’, celebrates the start of the Catholic season of Lent, and typically runs for two weeks. This spectacularly colourful festival usually sees one major parade each day, as well as masquerade balls and smaller parades throughout the city and neighboring communities. The last five days of the event are when the festival showcases its most elaborate parades, so grab your beads and head to Louisiana for this not to be missed event. 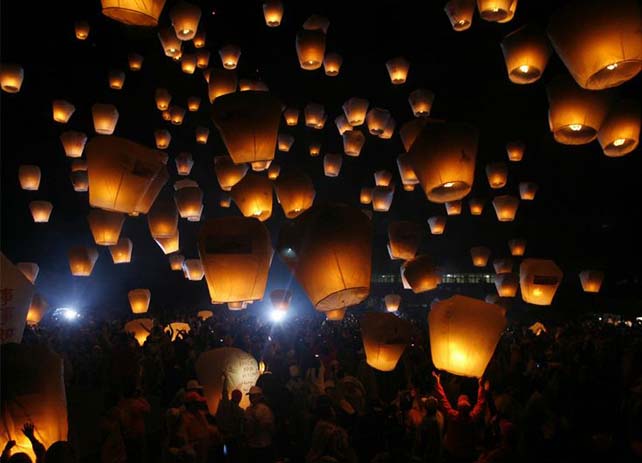 Fireworks explode across the Huangpu River in Shanghai marking a New Year. This awesome festival is celebrated on the first 15 days of the Chinese calendar and Chinese communities can be seen celebrating the New Year with firecrackers, lion dances, parades, and decorations all around houses and in cities. The end of the celebrations are  marked by the Lantern Festival, an amazing sight in itself. The Chinese New Year is truly a sight to be seen, especially for travelers who like to indulge in the local culture. 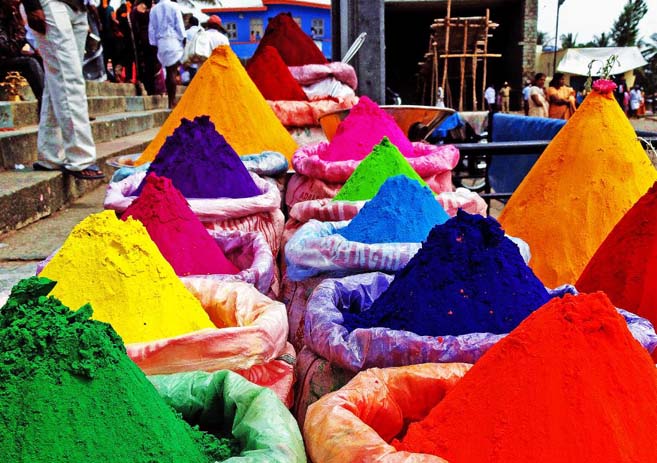 Arm yourself. Colourful powders to choose from. Photo by Shashank Ramesh

Also known as the Festival of Colours, the Holi Festival is an outrageously fun, carefree day which typically falls in March each year. The festival signifies the arrival of spring and began as an ancient Hindu religious festival. During the day, people are free to run, chase, play, and colour each other with brightly coloured powder and water. So arm yourself with a water gun or water balloons, as everyone is fair game when it comes to this incredible day.

Running for dear life at the San Fermin Festival in Spain. Photo by Hello Giggles

Whether you’re competing or watching, you’re sure to get your heart racing at the San Fermin Festival. Better known as the running of the bulls, the festival also includes other folkloric events during the week-long period beginning on July 6 annually. As one of the most internationally-renown festivals, Pamplona sees more than one million people in attendance each year, with many thrill-seekers taking part in the one kilometer run to the bull ring. 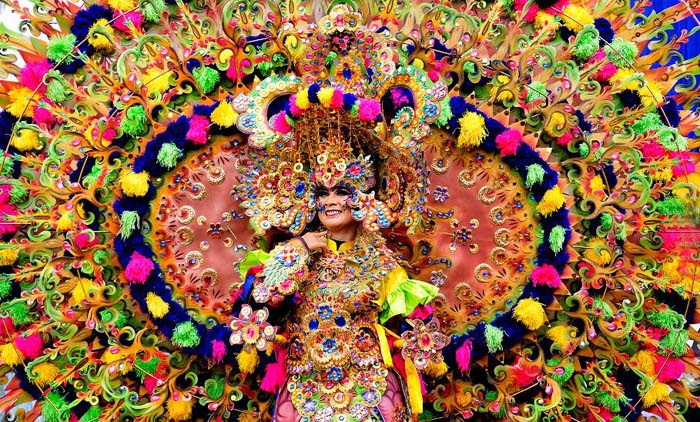 If you didn’t get your fill of partying and parades at Mardi Gras, then Carnaval is the place to go. This spectacular festival is sure to satisfy even the hardest party-goers, with samba music, colourful costumes, giant parades, and non-stop partying. Held each year before Lent, visitors can expect to see a number of samba schools competing with each other, but be prepared to fight the crowds, as Carnaval is considered the biggest festival in the world with at least 2 million people on the streets each day.