10 of the most interesting abandoned places

Abandoned places, whether they are villages, buildings, or even parks, often capture our imagination and make us wonder why they were inhabited in the first place, and why they were abandoned. These places create some pretty fascinating tourist destinations for the adventurous, so here’s a list of 10 interesting abandoned places. 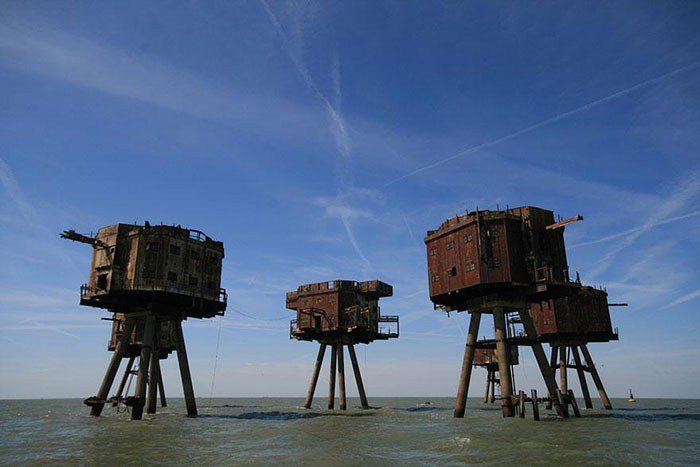 The Maunsell Sea Forts were built during World War II near the Thames and Mersey rivers in Britain in order to help defend the British against German naval raids. The forts were decommissioned in the late 1950s, and have been used for a number of other activities, including pirate radio operators, but now lie vacant. 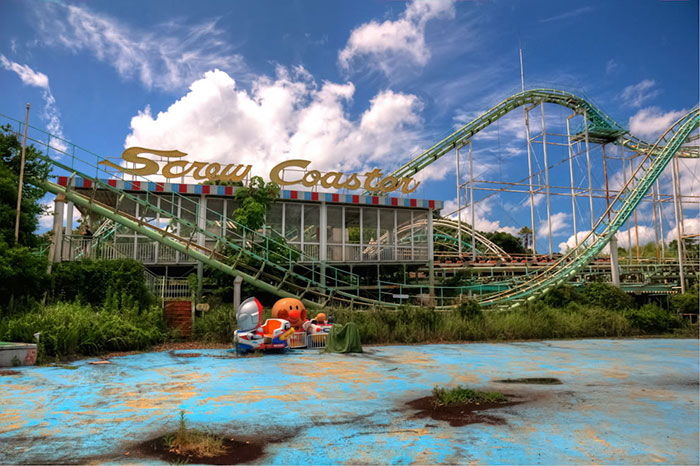 Opened in 1961 and inspired by Disneyland, Nara Dreamland was abandoned in 2006. By this time however, it was already run-down and had a declining number of visitors. The park itself has not been demolished, and the rollercoasters and other rides still stand today, making it a popular destination for urban explorers. 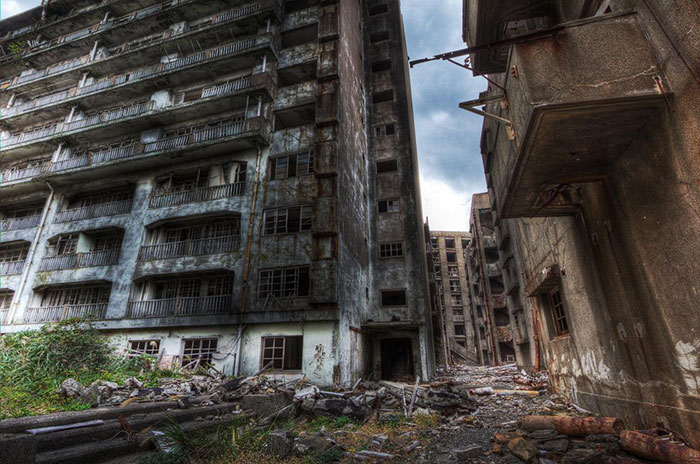 Located off the coast of Nagasaki in Japan and otherwise known as Ghost Island, lies Hashima Island. For nearly a century it acted as a coal mining facility home to thousands of workers. At one point it was the most densely populated place per square metre in the world, with 5,259 people living on just 6.3 hectares of land. However, the island fell into ruins when the mine closed in 1974. 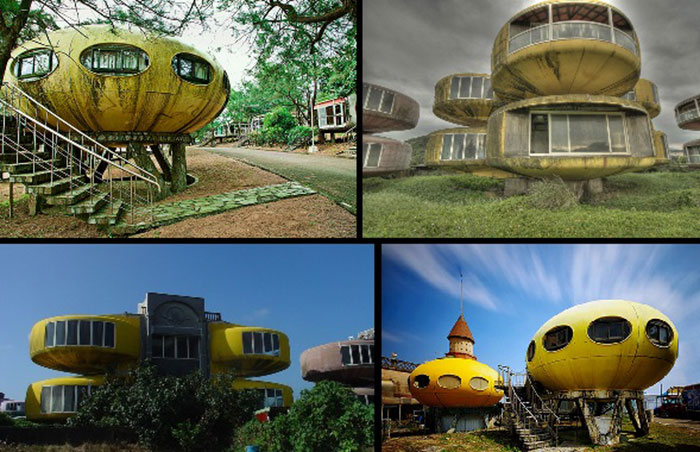 The Taiwanese Government built these futuristic UFO style houses in 1978, but halted construction just two years later. The company behind the project was said to have lost their investment and gone bankrupt, while many believed the land was cursed due to strange car accidents that kept happening to workers. 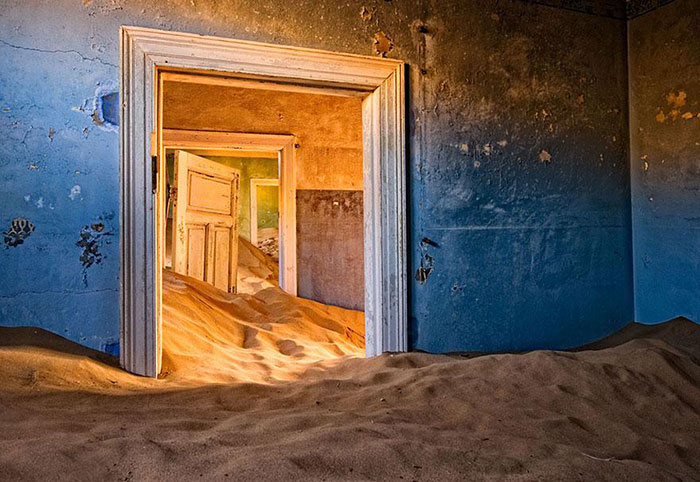 Consumed by sand. Kolmanskop is an abandoned mining town. Photo by Bored Panda

In the Nambia desert lies the abandoned mining town of Kolmanskop, which was in its prime in the 1920s. Since its abandonment in 1956 for better locations, sand has seeped into every corner of the town, making many of the buildings inaccessible. 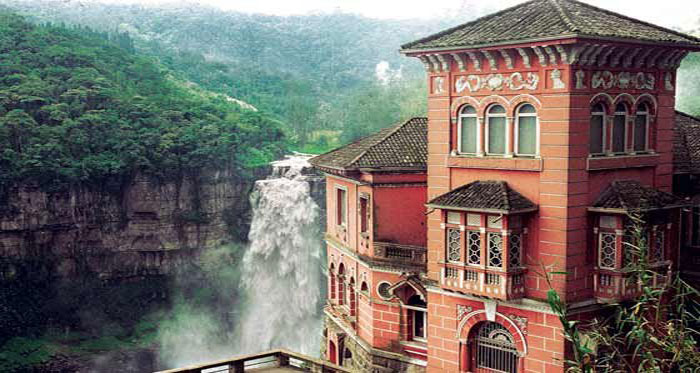 El Hotel del Salto is abandoned but still has a great view. Photo by Curious History

Situated next to a huge waterfall near Bogota, this hotel opened in 1928 and had many visitors. However, due to contamination and a loss of interest in the waterfall, tourism numbers declined and the hotel was closed in the 1990s. There are rumours of the hotel being haunted, as a high number of suicides have occurred near the waterfall. In 2012, it was transformed into a museum.

This military hospital held a recovering Adolf Hitler in WWI. It was shut down after WWII. Photo by Bored Panada

In 1898, this military hospital located in Beelitz, Germany, housed tuberculosis patients, and later hosted a recovering Adolf Hitler during World War I. During the 1920s, the hospital expanded to include thousands of patients. However, after World War II, the Soviets took control of the hospital but withdrew in 1994, leaving the building empty and abandoned. 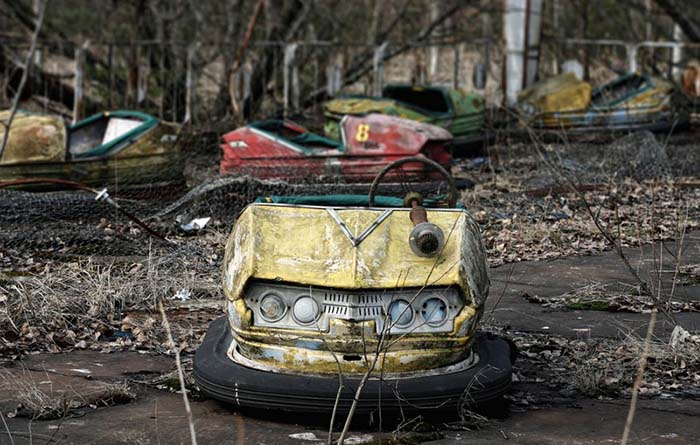 Built in 1970 as a Soviety nuclear city, Pripyat was home to many of the workers who worked in the nearby Chernobyl nuclear power plant, which melted down in 1986. Following this disaster, the once thriving city of 50,000 people was abandoned and now remains a radioactive ghost town that will be unfit for human habitation for hundreds of years due to nuclear fallout. 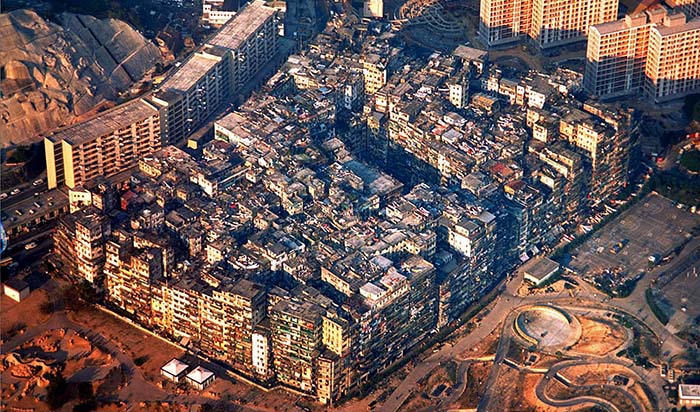 Home to 33,000 residents, this settlement was largely ungoverned. Situated in New Kowloon, Hong Kong, the city was originally a Chinese military fort, but became an enclave after the New Territories were leased to Britain in 1898. Between the 1950s and 1970s, the city was controlled by Triads. However, in 1993 the city was demolished, but in 1995 Kowloon Walled City Park was opened in its place and includes some historical artifacts from the Walled City, including some buildings.

The 6.5 acre Kowloon Walled City was home to at least 33,000 people during the 1990s. The population density of this place was 3.2 million per square mile.  Take New York City as an example, to get that dense, everyone living in the state of California would have to move to Manhattan. 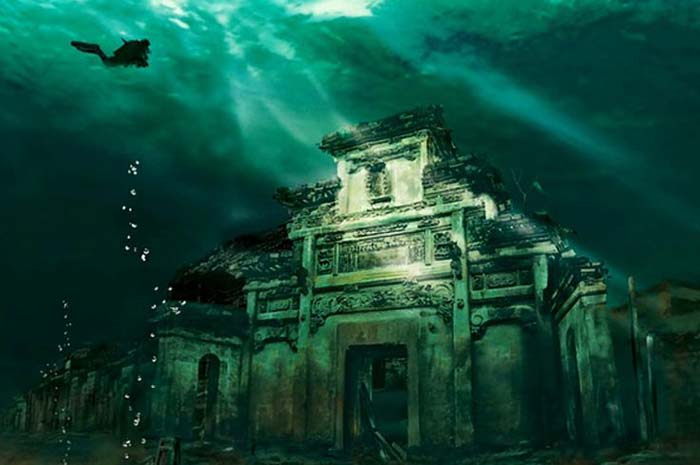 An incredible 1,341 years old, Shicheng City is located in the Zhejiang province in eastern China. The whole city was submerged under Qiandao Lake in 1959 during the construction of the Xin’an River Hydropower Station. Due to it being underwater, the city has been perfectly preserved, as it is protected from wind, sun, and rain erosion. It now acts as a time capsule, revealing what the city looked like hundreds of years ago.