10 places with the clearest waters on earth

Every beach comber dreams of where to find the clearest water on earth. What better way to enjoy a summer vacation than lying on the beautiful white sands of a beach on an island far from home. Of course, the beach itself holds no appeal unless its water is crystal clear and welcoming. So for those after a dip in some of the clearest waters in the world, check out the list below to find the perfect spot.

Where to find the clearest water on earth: The Maldives Islands 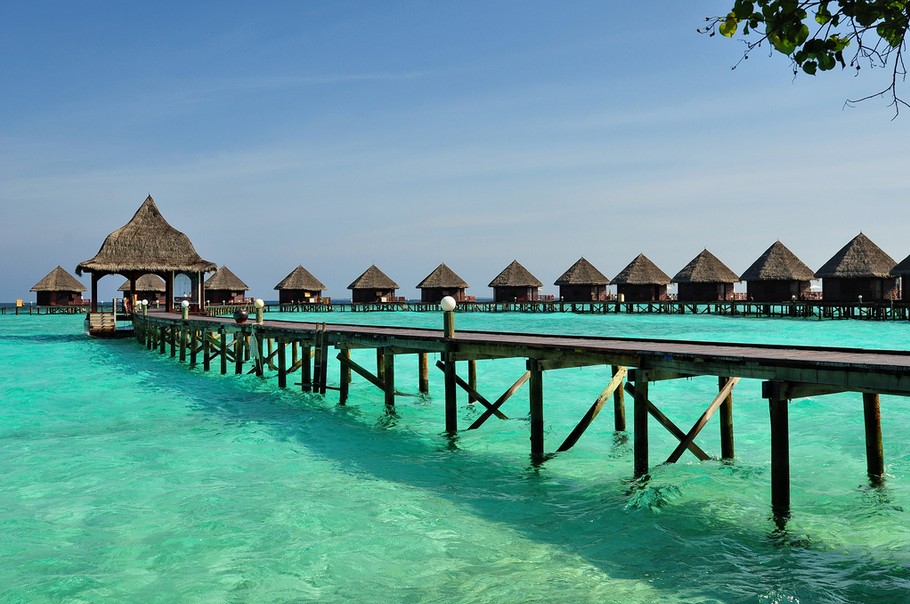 If you intend to visit the lowest lying country on earth, we suggest you do it soon. The Maldives are situated just 1.5 metres above sea level and may soon find themselves under water. However, swimming in the beautiful waters of these islands is an experienced not to be missed. The pristine beaches combined with the exotic marine life makes the Maldives look like the beach screensaver from an Apple computer. The great thing for visitors to the islands is that the waters are crystal clear all year round, making it perfect for diving or snorkelling. To avoid the rainy season, plan your visit between December and April and also avoid the humidity. 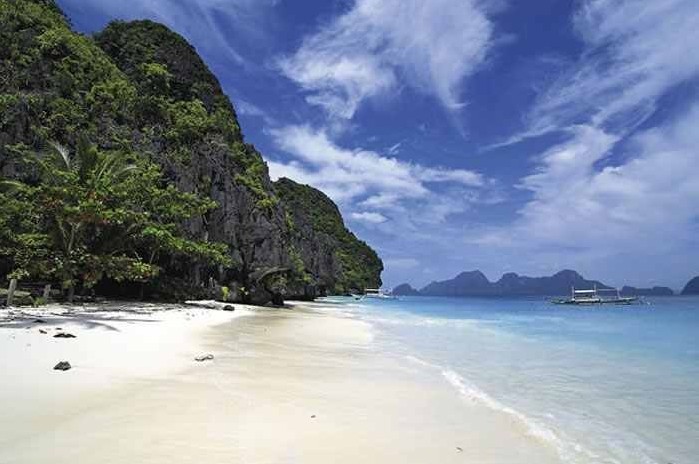 The Philippines has long attracted tourists to its many beaches, islands, and diving spots. Linapacan Island however, has surpassed all these and become one of the most sought after spots to swim in due to its immaculate water. Glancing at photos of the island, it would appear people and boats are floating in thin air, with their shadows being cast on the sand. As the Philippines has a tropical climate, June to August should be avoided as this is the rainy season. 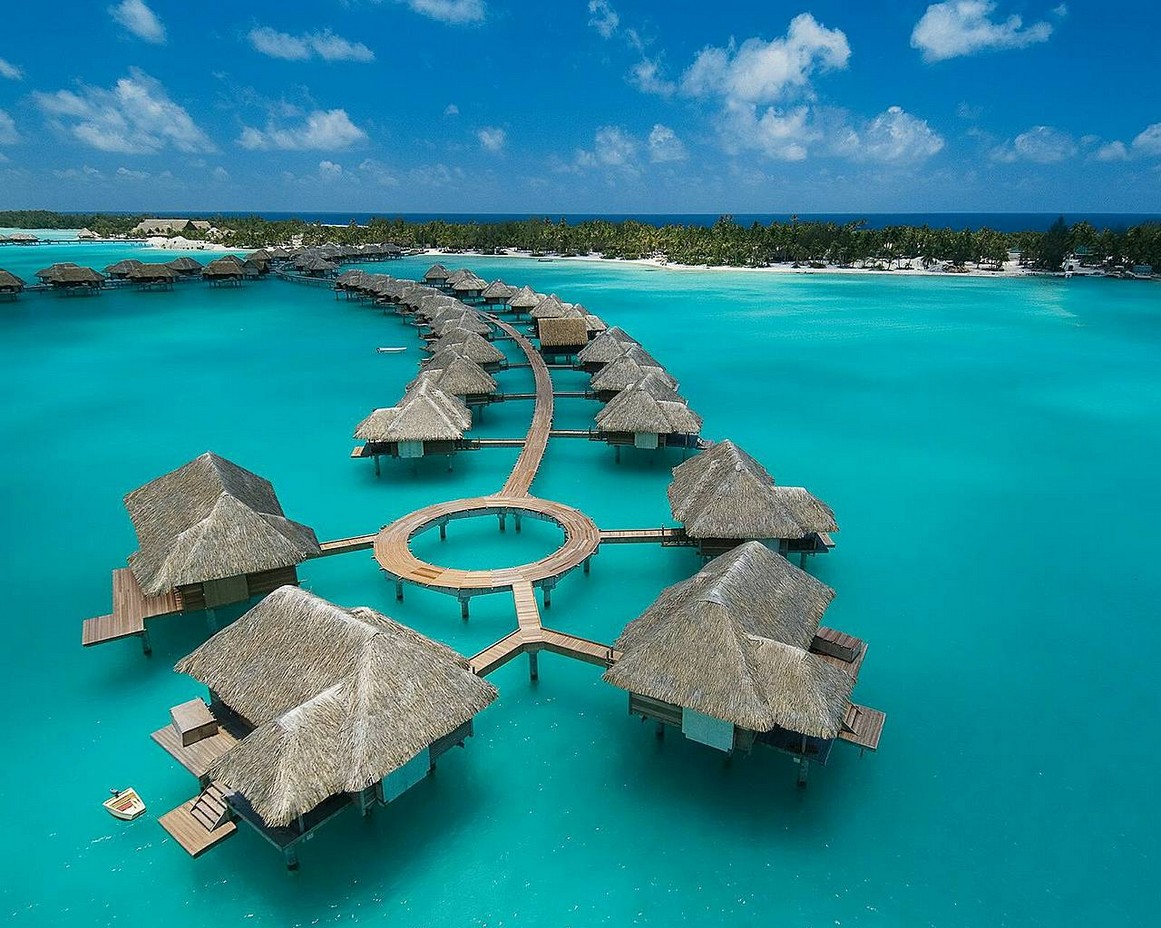 When people think of Bora Bora, they think of wonderful, clear water and quaint huts with direct access to this amazing water. This couldn’t be closer to the truth, as Bora Bora is truly the ultimate island getaway. It is surrounded by a lagoon and a barrier reef, with waters that range from vibrant shades of dark to light blue. This makes it the ideal destination for divers after an unforgettable underwater experience. The summer and winter months in Bora Bora have very similar temperatures, so it is best to go between April and October when the humidity and rainfall are low. 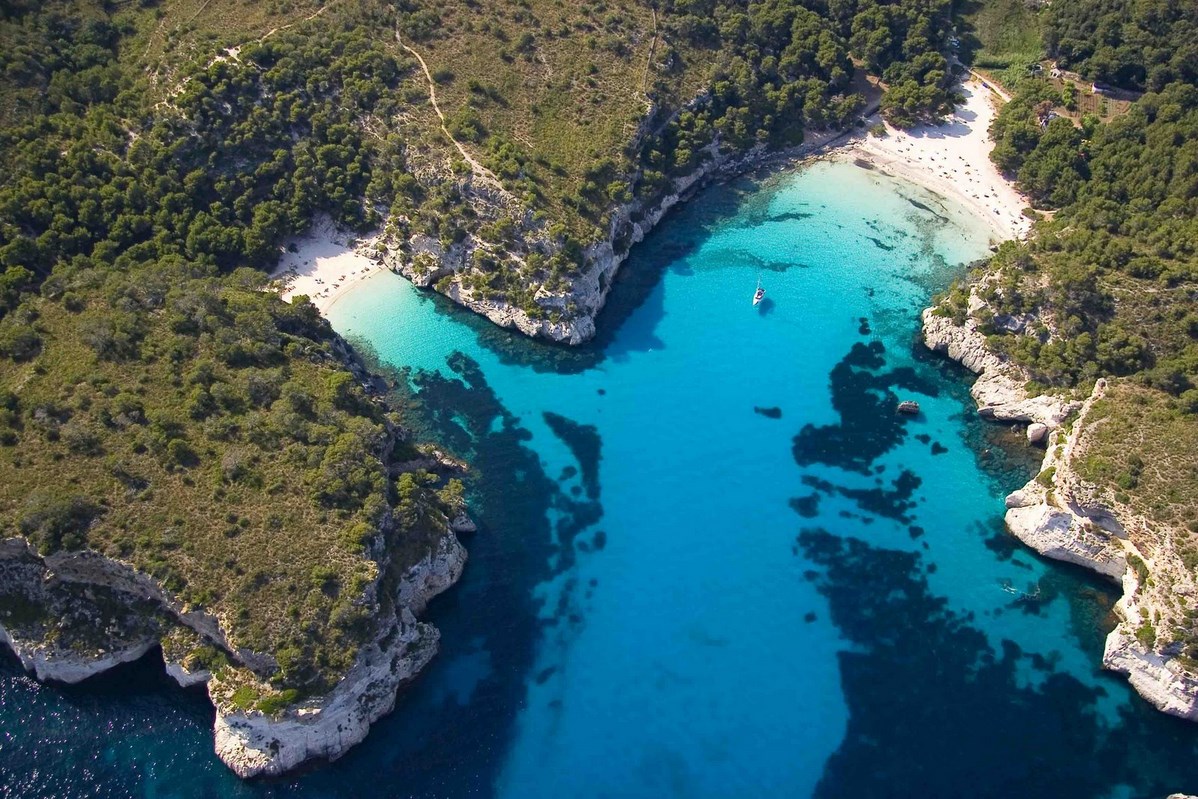 This stunning secluded beach can only be reached by a 30 minute walk or by sea. The clear, turquoise waters and sandy beach are surrounded by lush green trees and rugged rock faces. Due to its location, this beach has the advantage of not being overcrowded, especially in the autumn and spring. The best time to visit the island of Menorca is in summer; however the temperature remains warm even during the winter months. 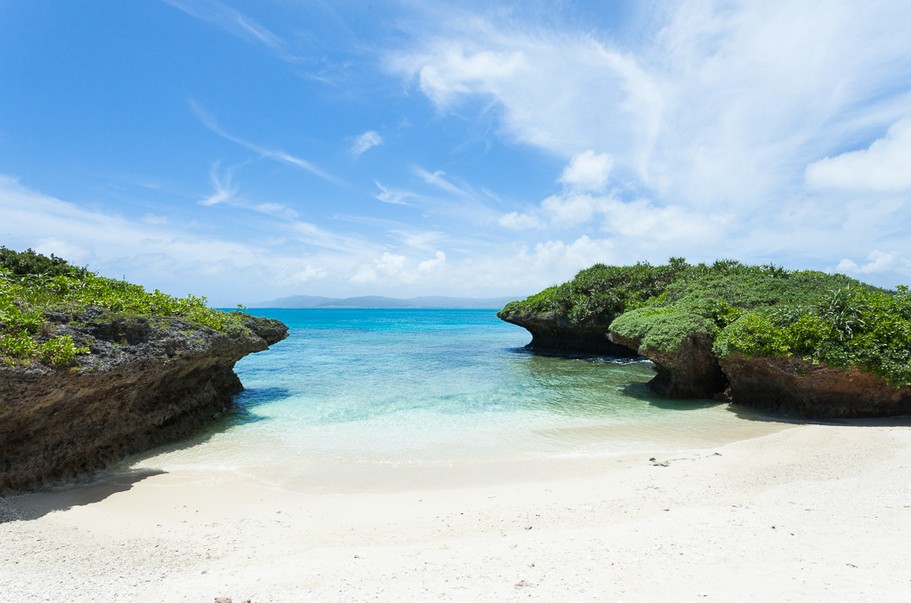 Panari is part of the Yaeyama Islands and is well known for being one of the best diving locations in the world. Its coral and marine life have been said to be on par with the Great Barrier Reef, with over 400 types of coral, 5 types of sea turtles, manta rays, whale sharks, and plenty of tropical fish. Combined with the crystal clear water, Panari is an amazing spot to spend your summer. The small island is isolated however, and only accessible by private tour companies, so be sure to plan your trip in advance. 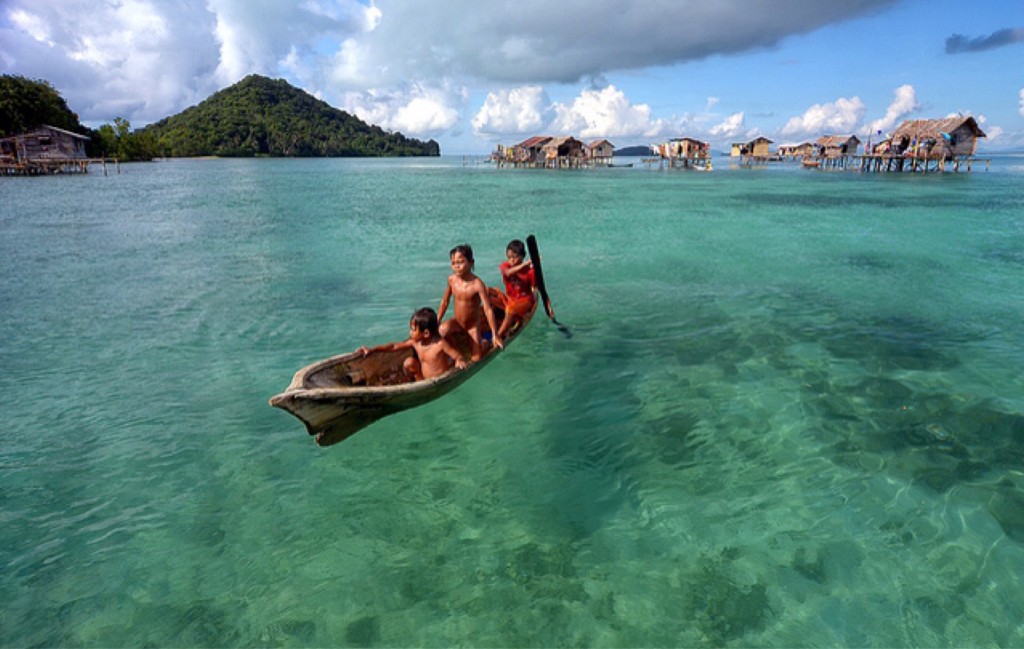 Locals out fishing near Mabul Island. Photo by Jacek Pronie

Occupying the northern portion of the island of Borneo is Sabah. Its beaches are known for their white sands and clear waters. Many of the beaches are also very shallow, meaning tourists can stroll effortlessly in the ankle or knee deep water. Mabul Island is a very popular place for diving and is recognised as one of the top places in the world for visibility. However, there are also many deeper spots for diving and snorkelling, many of which are part of marine life conservation efforts. The best time to visit this magical island is between March and September, which is considered the dry season. 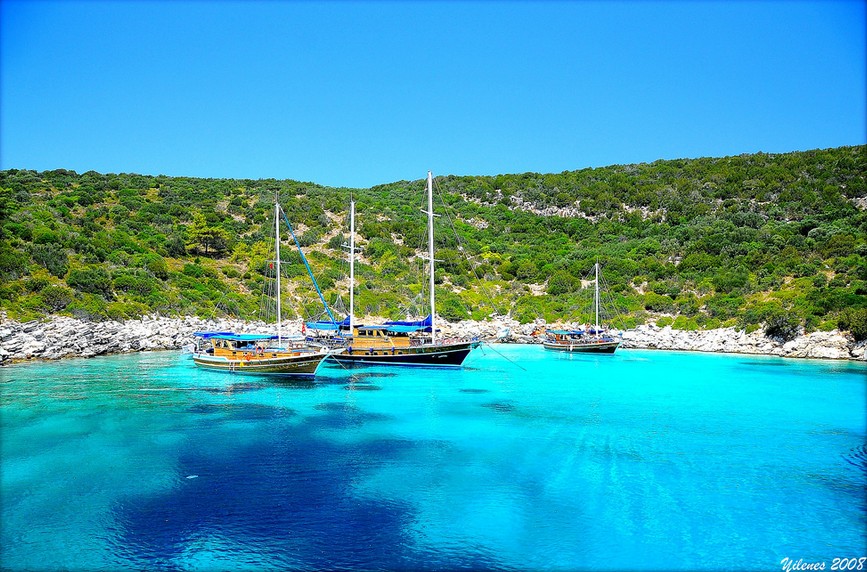 Visitors to this region have sought after the clear waters of Bodrum for centuries. Home to one of the seven wonders of the ancient world, the Mausoleum at Halicarnassus, the area is rich with history. It is also a popular destination for wealthy Europeans, as the water is so clear that boats seem to be hovering rather than floating. As Bodrum has a vibrant night life, the best time to go can depend more on how much you want to party, rather than the weather, as it is fairly temperate all year round. 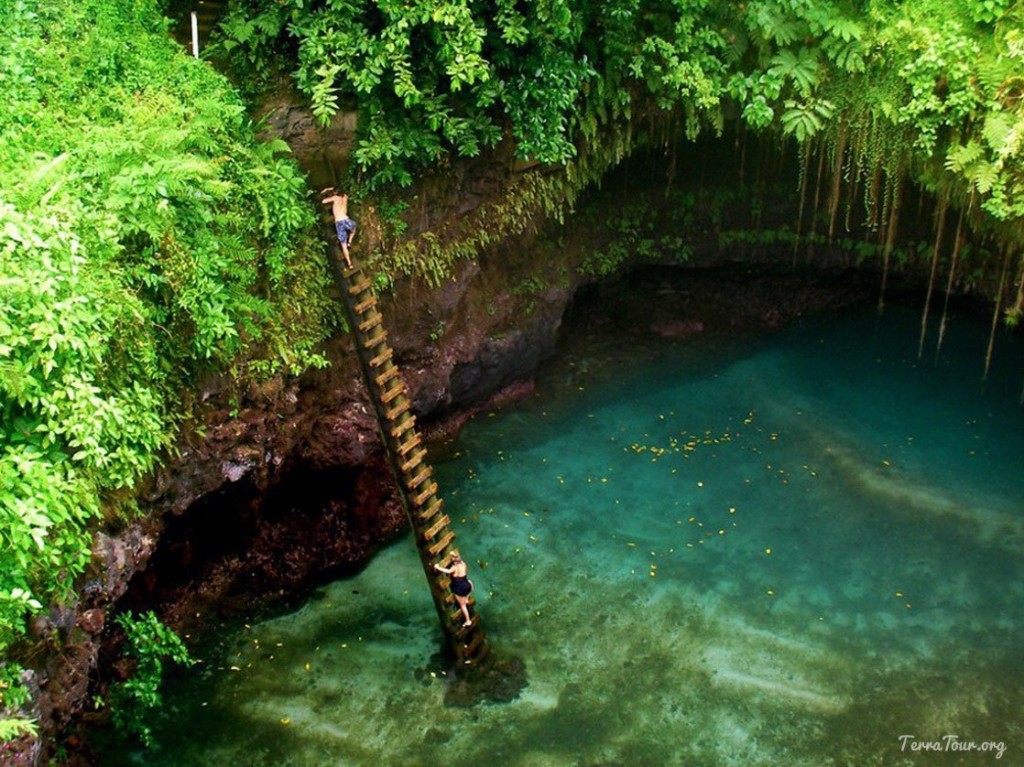 By far the most unique area on this list, ToSua is a natural swimming hole accessible via a ladder. Surrounded by gorgeous gardens, ToSua is like nothing you’ve ever experienced. Its clear water invites you in and creates a wonderful atmosphere to relax and enjoy the surrounding nature. Visit this amazing area from May to November, as it is the dry season and many festivals take place in the area. 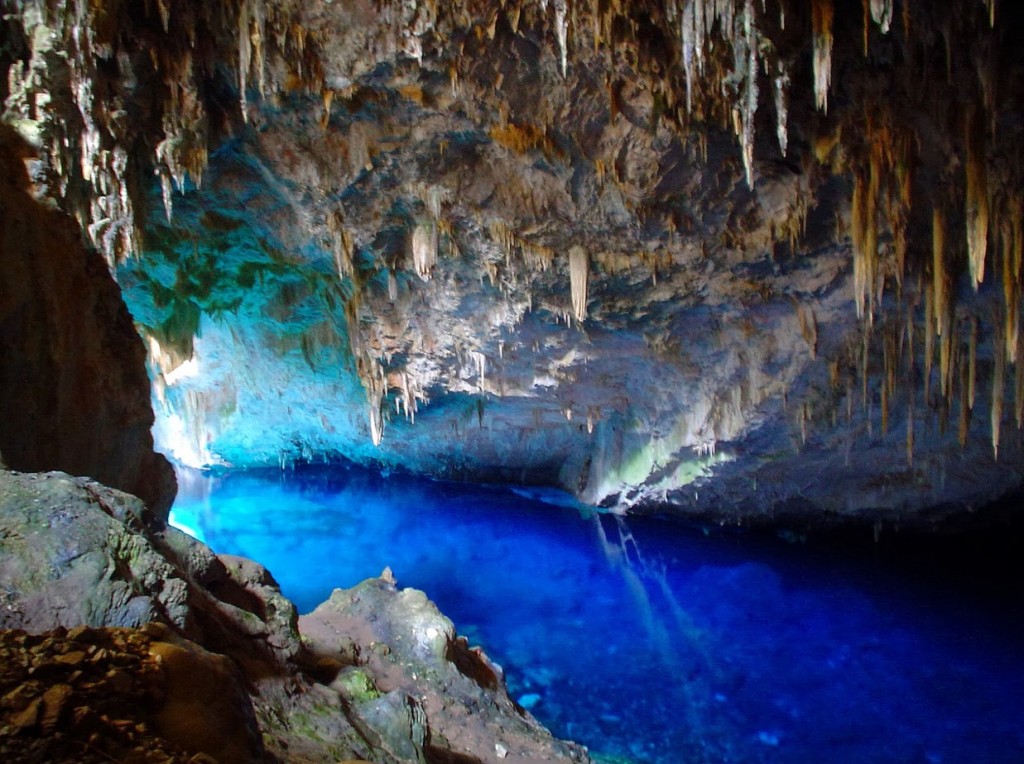 Another incredible place to swim, snorkel or dive is Bonito in Brazil due to the clarity of its water. Huge amounts of limestone in its surrounding area form a natural filtration system, causing impurities to be deposited in the river bed. What we are left with is one of the best freshwater swimming spots in the world. Although Bonito can be visited all year round, the summer months are exceptionally beautiful. 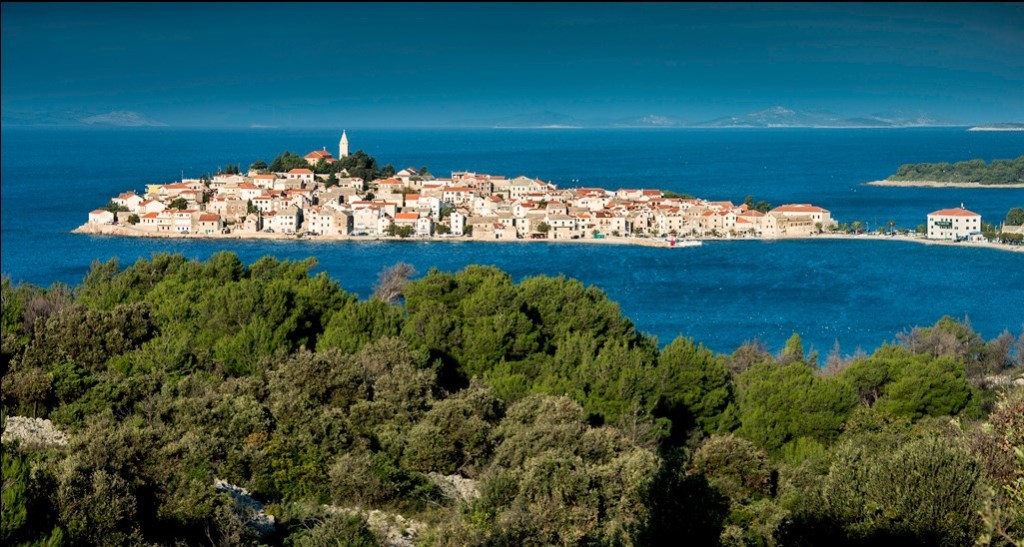 When people think of beautiful European beaches, Croatia is often trumped by the Greek Islands. However, there are many amazing resort towns along the Adriatic coast of Croatia, including Primosten. Many cruises through the Mediterranean This stunning beach boasts very inviting waters and a beautiful backdrop of the countryside and vineyards. Although this area does not experience freezing temperatures, it is best to visit during the summer months when you can enjoy the beach to its fullest.