Indonesia is one of the most popular tourist destinations as of late, particularly well-known for its cheap prices that attract tourists from all parts of the globe. There are so many places to visit in Indonesia – and so many reasons too. The beaches are stunning, the water is clear and there are thousands of islands to visit on your travels to Indonesia, making it a top destination for backpackers who enjoy budget travel and conventional tourists alike.

Places to visit in Indonesia

Geographically, the islands of Indonesia are spread out between the mainland of Asia and Australia, taking up approximately 5000km between the two continents. There are over 17000 islands making up the country of Indonesia, although only just over 6000 are inhabited, leaving the lands with plenty of unique and untouched landscape.

Most tourists to Indonesia stay in the hub of hotspots: Bali, Jakarta or Komodo Island; but Indonesia has so much more to offer. Here are some great examples of places to go in Indonesia to avoid the tourist influx and show you the great unknown. 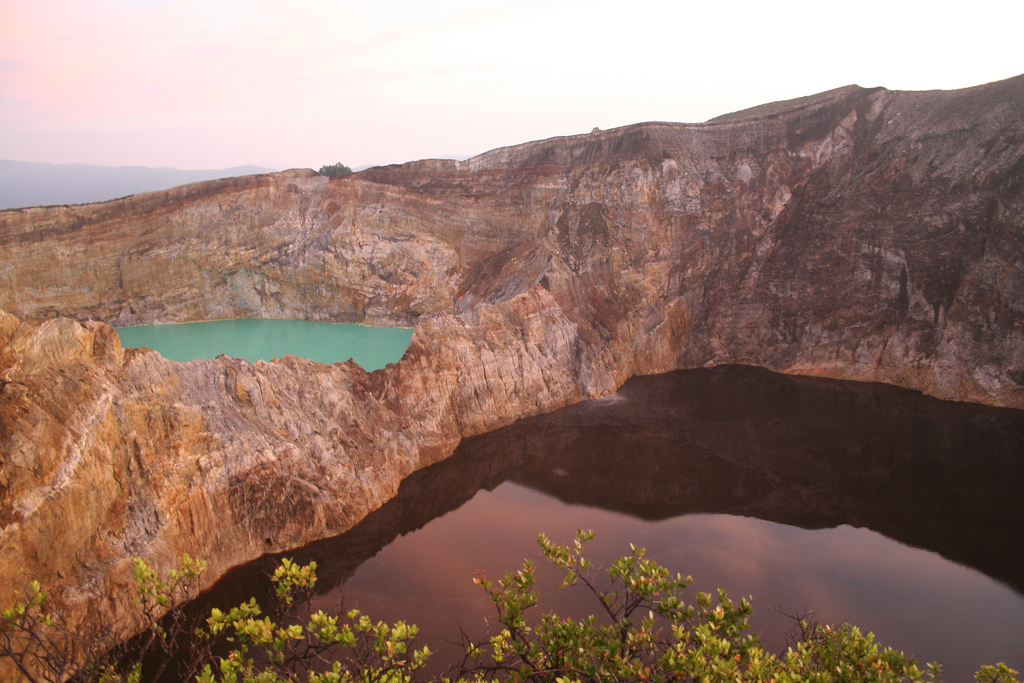 How to get there: You have to fly domestic into Flores and then make your way usually by motorbike to Moni. From Moni you can arrange transport to Kelimutu Lakes.

Lake Kelimutu is a great place to visit on a day trip, especially as it is not hard to get to. What makes the lakes unique is that they’re each different colours and over time they change colour. Currently, there is a turquoise lake, a red/brown one and a green lake. The lakes change colour due to the minerals in the rocks surrounding each of them. It is said that the view from the lakes is spectacular at sunset too, so make the most out of your day trip and stay for the view.

Flores is great for accommodation and restaurants for everything authentically Indonesian but still has a tourist spin. If you decide to stay on the island for some time, make sure to hike to the Cunca Wulang waterfall; it’s a great swimming spot and the water is a stunning shade of turquoise. 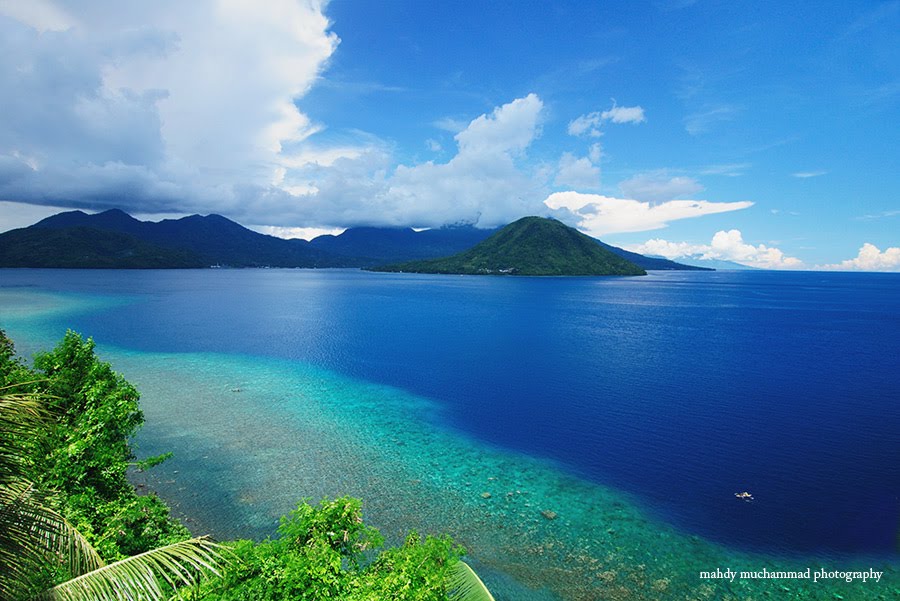 How to get there: Direct flight from Jakarta to the local airport. If you want to travel to surrounding islands, you can do so by boat.

Originally known as the “Spice Islands” due to its richness in nutmeg and cloves, Ternate remains almost entirely untouched by the hand of tourism. Today, Ternate is a great place for isolated beaches and hiking tracks and is rich in culture.

Throughout history, the site of Ternate was taken over by settlers from Spain, the Netherlands, Portugal and England easily done because there was so often neighbouring disputes and wars because of spice trade.

When in Ternate, visit the Batu Angus Beach – it’s formed entirely by volcanic rock and has great views of the surrounding islands. There are a number of both local and foreign abandoned forts around the island which make for good views as well. 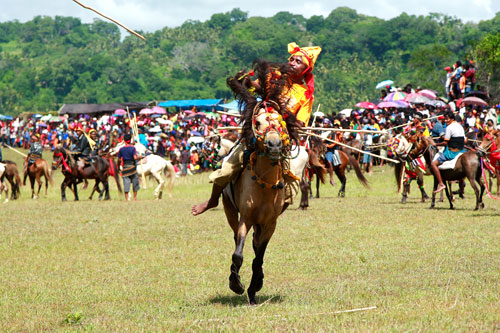 How to get there: You can catch a flight from Merpati into Waikabubak or Waingapu. Keep in mind though that these smaller airports don’t run through online vendors so you will have to book tickets at an agency or over the counter at the airport.

An area of thick greenery; forests and meadows alike, Waikabubak is everything cultural Indonesia has to offer. There are annual festivals and daily markets for those interested in spices and small goods, particularly rice.

The most notable sight in Waikabubak are the megalithic graves which are on a hilltop, located just west of the main street in Kampung Tarung. The graves are regarded as some of the most sacred spiritual areas on the island, and perhaps in all of Indonesia. The view from the top of the hill is said to be breathtaking, and from there you can see the villages and surrounds which are predominantly rice paddies.

In March, there is the Pasola horse festival, where riders will paint their faces, decorate their horses and then throw wooden spears at one another. The aim of the festival is to draw blood “back to the earth” – other rituals during this event include boxing and a competition to predict the amount of sea worms to be washed up on the beach during the festival period. The festival is a reflection of religious beliefs that are also evident at the tombs. 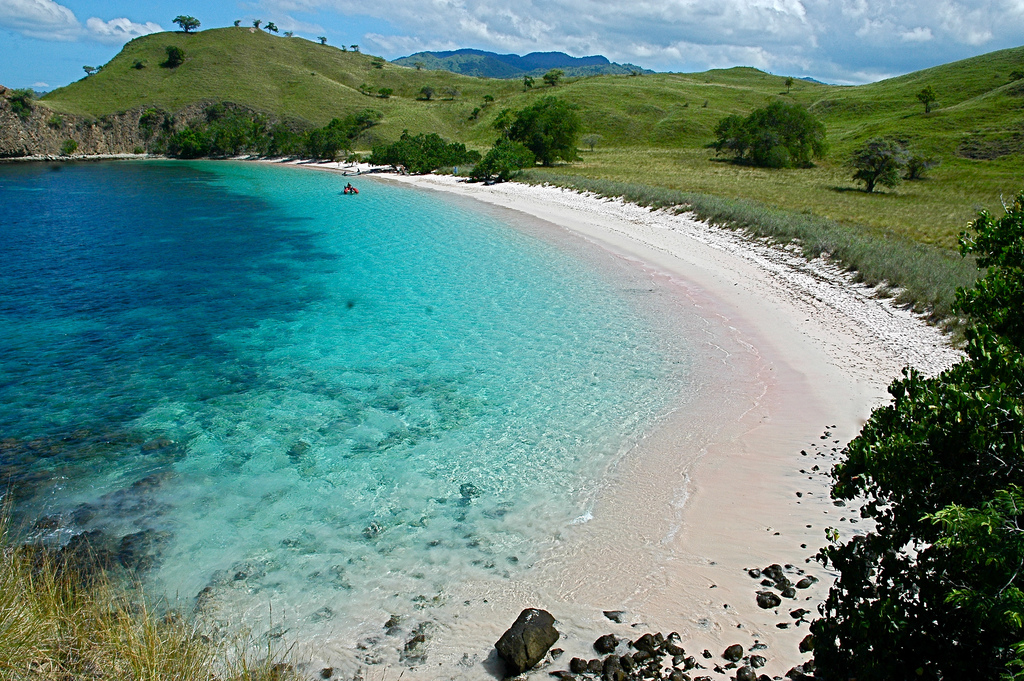 How to get there: You can travel there by boat from Bima, Sumbawa or from Labuan, Bajo.

A small island off of the western tip of Flores, it more often than not gets overlooked by larger Komodo Island. However, Rinca is actually your best bet for seeing Komodo dragons up close and personal in the wild – and with much less influence from tourism.

Overall, the island is almost entirely underdeveloped. The land is particularly perfect for komodo dragons, as it is hot and mostly dry. Because of its great environment, Rinca has been listed as part of the Komodo National Park and therefore has been given a listing as a UNESCO World Heritage place.

The only way to see Rinca is with a guide. Please, don’t try to hike the area by yourself. It is very hot and Komodo dragons can be dangerous, along with all of the other wildlife in the area. At the dock where you arrive, guides will meet you and it is here that they can show you around – and don’t try to approach the dragons.