10 of the best hiking trails in the US

Breathe in the fresh air, see picturesque scenery first-hand, become submerged in the surroundings, and feel the satisfaction of completing a challenging journey. Here is a list of 10 of the best hiking trails in the US.

The best hiking trails in the US: Yosemite National Park 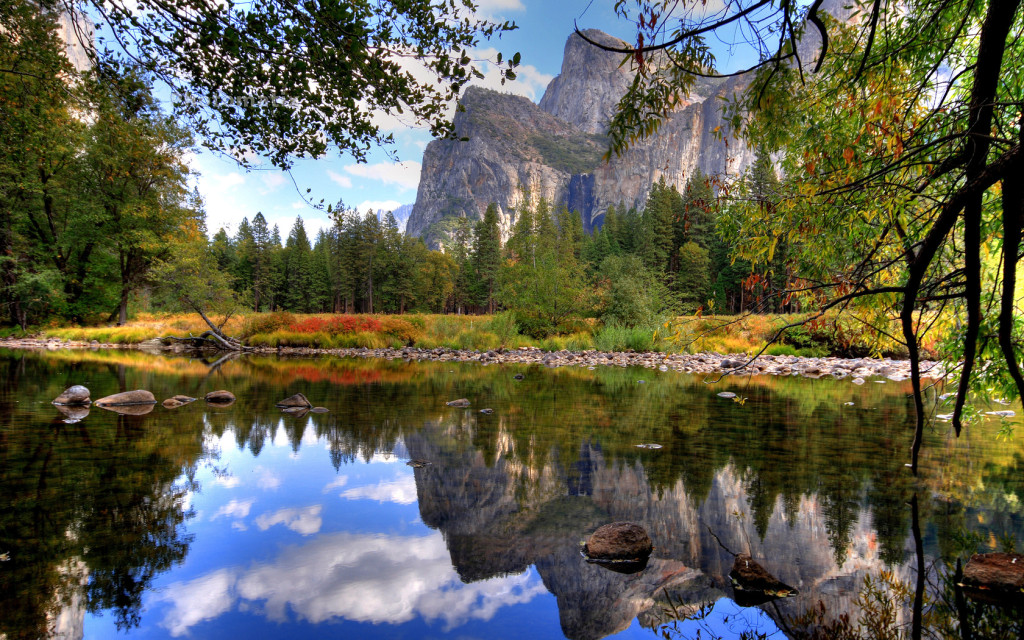 California’s Yosemite National Park may take the cake as the most spectacular. Occupying about two-and-a-half times the area of Los Angeles, the park is roughly the same size as the state of Rhode Island and has 1,287km of hiking trails. More than 3.5 million people visit the park each year, and thousands of back country permits are issued each year for overnight backpackers.

Yosemite is internationally recognized for its granite cliffs, waterfalls, clear streams, giant sequoia groves, and biological diversity. The majority of the park is a designated wilderness. When it comes to choosing what part of the park to explore by foot, hikers shouldn’t be too picky. With dozens of trails, hikers are guaranteed to have a fulfilling experience wherever they go.

Some areas of Yosemite National Park were burned in a large wildfire in 2013, but are being opened to the public again. Visitors intending to visit scorched parts of Yosemite need to watch out for dangerous trees, uneven ground, possible rock falls, and debris on the trails.

When planning a hike in Yosemite it is important to visit the National Parks Service website to check out possible hiking areas for your own particular level of fitness and hiking experience. There are dense forests, glacier-formed mountains, lakes, rivers and no shortage of wildlife. The peaks of El Capitan and the grandeur of the giant sequoia trees are not to be missed.

The John Muir Trail is a long trail in the Sierra Nevada mountain range of California, passing through Yosemite, Kings Canyon and Sequoia National Parks. The trail’s length is 339km, and was named after John Muir, a legendary naturalist and founder of the conservation organization The Sierra Club. At age 26, Muir went to San Francisco and ended up in Yosemite. He protested the human impact on what he considered to be the most beautiful land in all of the United States, and was instrumental in its inclusion as a national park.

Ten years after his death, the state of California appropriated $10,000 to begin the construction of the John Muir Trail. Majority of the trail is high in the mountains, and as a result, hikers that brave the trail through the Sierra Mountain Range are treated to hundreds of mountain lakes, canyons, granite cliffs and peaks as high as 14,000 feet. The hiking season generally runs from June to September, because of the snow in the mountains in the winter months. 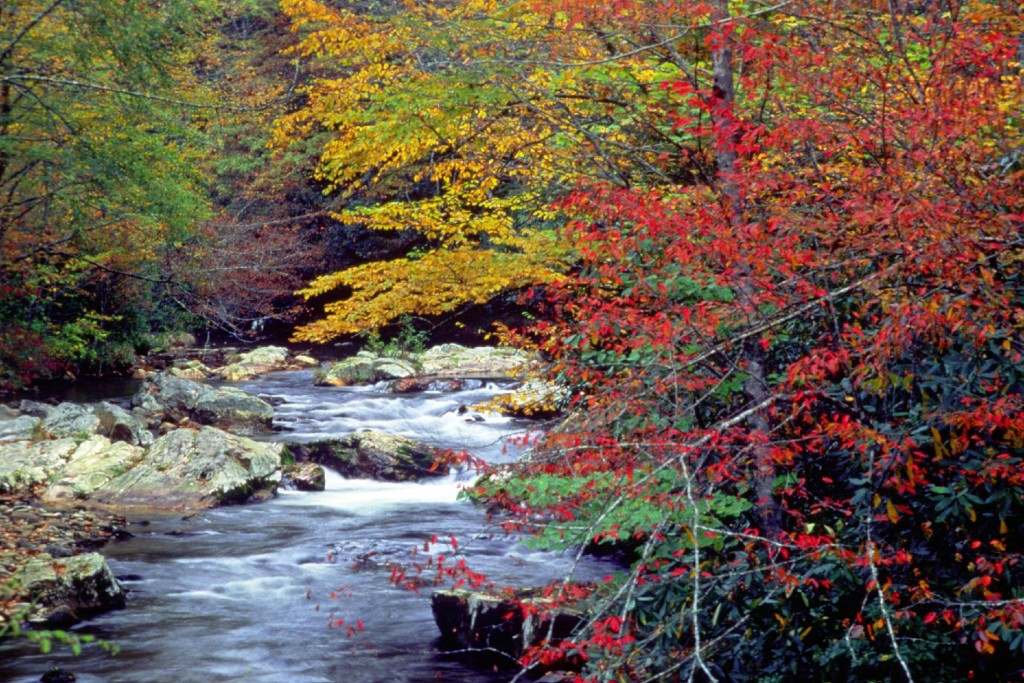 The Appalachian Trail stretches from Georgia to Maine, and passes through 12 other states along its 3,505km length, making it the longest marked trail in the Unites States. It was completed in 1937 and passes through six national parks and eight national forests. This means hikers will need to be fit and experienced, and careful planners.

Travellers interested in doing a thru-hike will need to plan ahead. The standard way of doing so is to mail care packages with food and supplies to stops throughout the hike. Visit the Appalachian Trail website www.appalachiantrail.org to assist with planning. 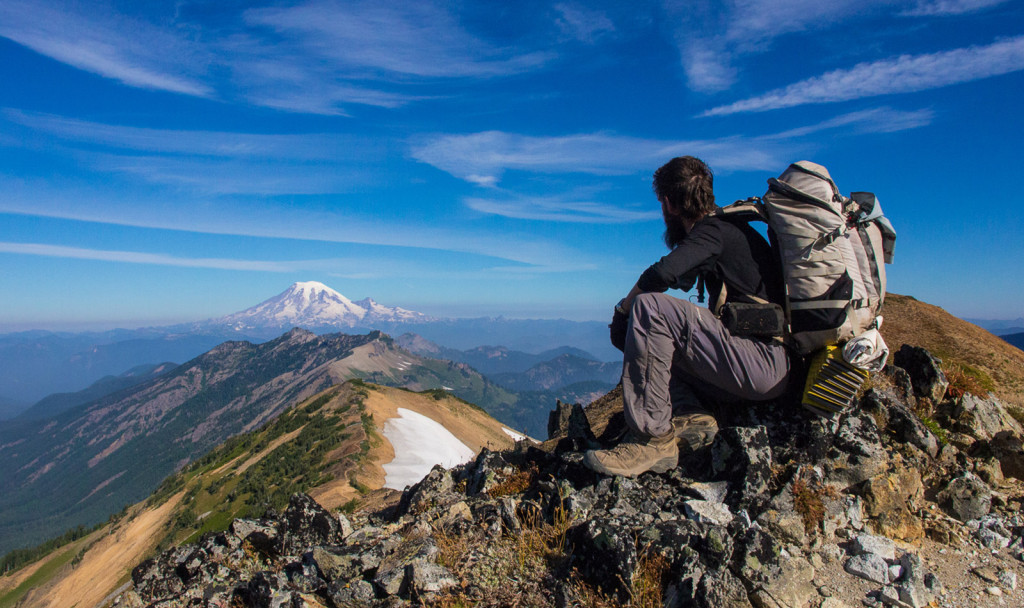 The Pacific Coast Trail is another massive thru-hike allowing hikers to see a large span of the western United States. The trail is so varied that it passes through six of the seven ecozones in North America, touching everything from the low desert to the arctic-alpine country. Over the course of its 4,264km, hikers walk through three states, seven national parks, 24 national forests and past more than 1,000 lakes. Throughout the journey hikers descend into 19 major canyons and make their way over 60 major mountain passes on this route from Mexico to Canada. Yes, it is a huge journey, but the sights and experiences are definitely worth it. 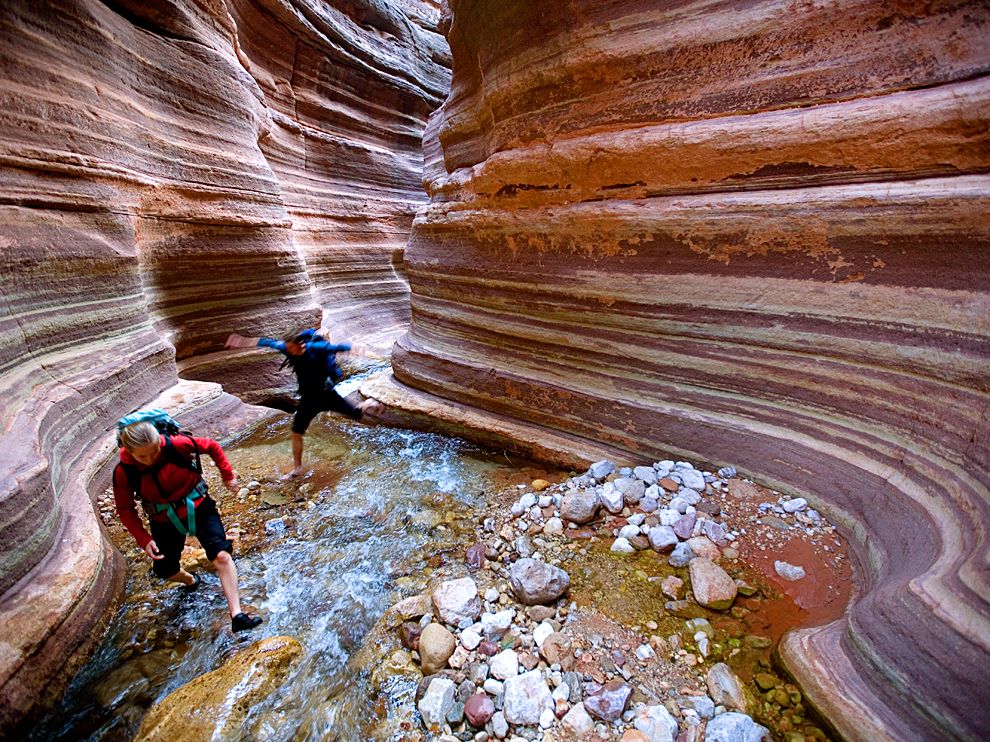 More than five million people pass through the gates each year to gaze upon the vistas of the Grand Canyon, one of the seven wonders of the world. There are 15 official trails leading into the canyon for hiking. Hikers planning on spending the night need to plan well ahead of time in order to secure a back country permit. The park only issues 13,000 permits against 30,000 requests each year.

Day hikers that traipse into the canyon must be fit or they might find themselves worn out before facing the ascent back to the rim. Starting the hike with a brutal downhill descent makes the Grand Canyon hike different to any other, and can challenge even the most experienced hikers. Hiking through the Grand Canyon is a challenge, but imagine being about to boast about it afterwards! 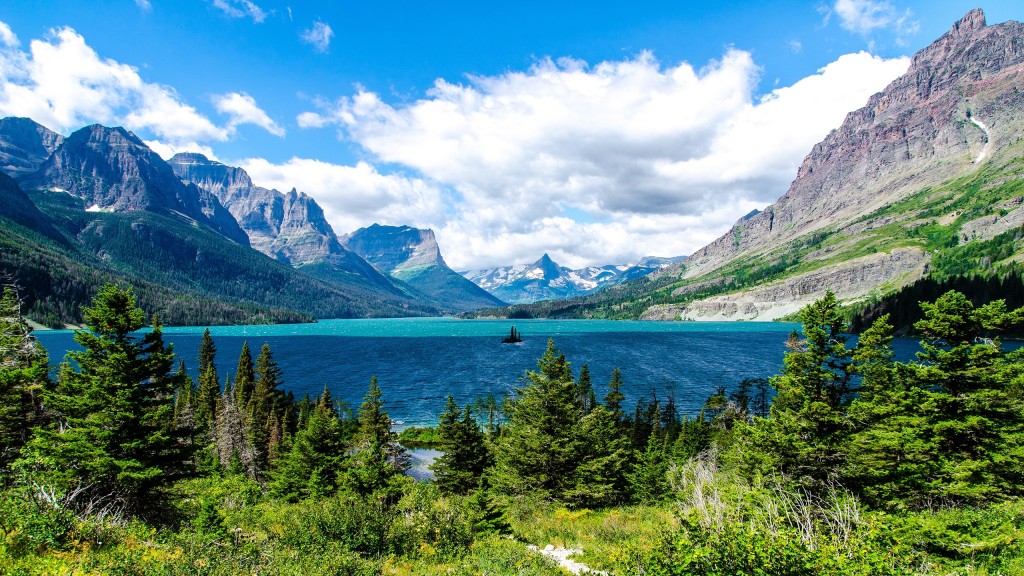 Montana’s Glacier National Park has more than 1,174km of marked trails within its boundaries and is well-known for its large mountain peaks, alpine lakes, and native wildlife. The park is named after the huge glaciers that helped to shape the park’s rock formations 10,000 years ago. Because of climate change there are only a handful of glaciers remaining, and those are predicted to be gone by the year 2020.

Like most national parks in the United States, hikers will need a back country permit to hike overnight in Glacier, but there’s no need to plan a year in advance like the more popular Grand Canyon and Yosemite trails. Hikers need to keep in mind the snow which may affect their hiking intentions. By mid-June the lower elevations are fine to explore, but the snow won’t melt in the higher elevations until July. 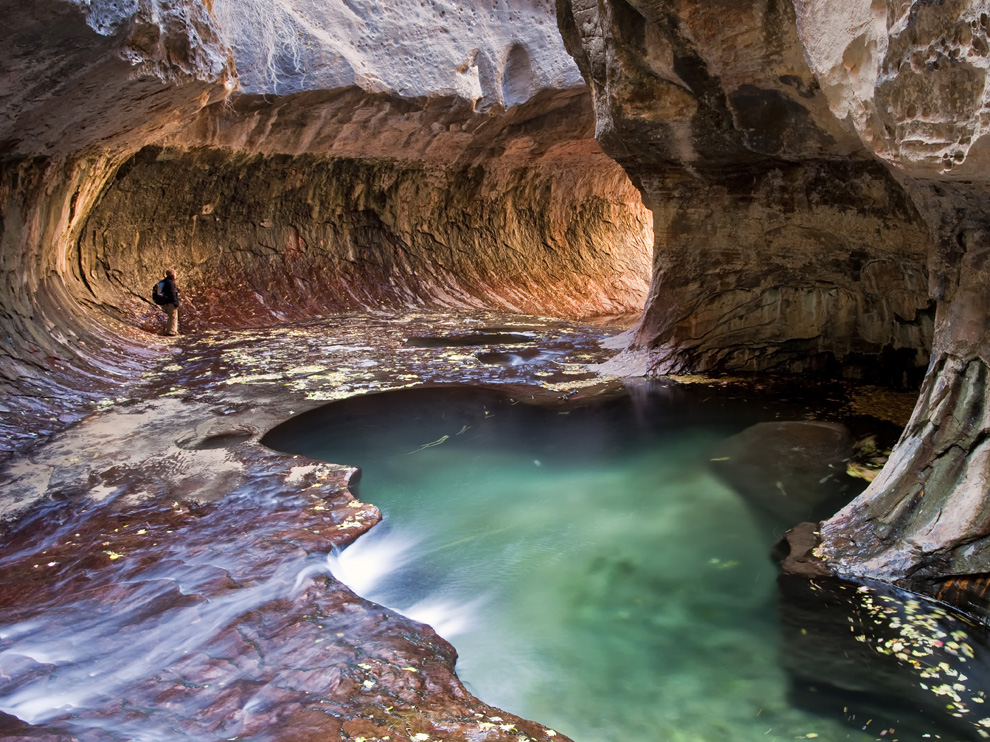 Zion National Park hosts some of the most beautiful cliffs and canyons the desert has to offer. Like all national parks, hikers need to plan ahead to secure a back country permit for any overnight excursions. If the permit isn’t secured in time there’s always the option of an easy day hike to view the waterfalls, high sandstone canyon walls, or the valley of the Virgin River.

The trails in Zion Canyon are the most popular with hikers, but for gorge hiking, there’s no better place in the United States than the sheer walls of the Zion Narrows. This trail puts hikers at the base of some of the highest and narrowest canyon walls in the world. Some parts of the trail can get so narrow that hikers need to remove their backpacks and slip through sideways to make their way through, so for obvious reasons this particular hike would not be recommended for people who suffer from claustrophobia. 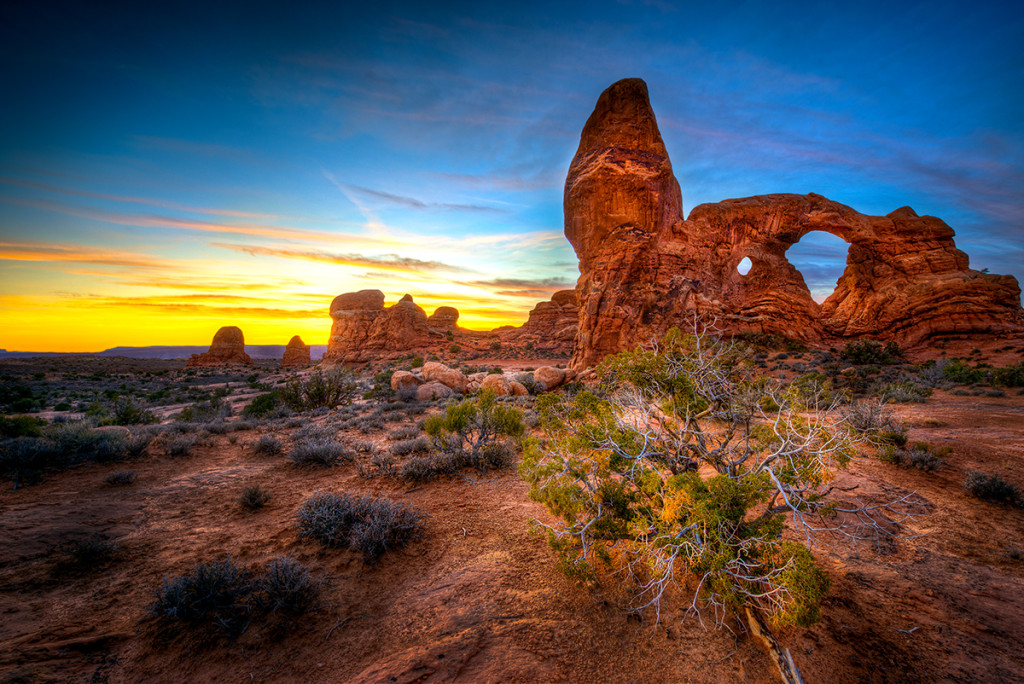 Fans of desert hiking need to witness the beauty of Arches National Park in Moab, Utah. The red rocks and sandstone arches are a sight to admire, and many of the trails at Arches aren’t overly challenging, meaning the novice day hiker can enjoy the trail. Not all the trails are easy though, there is a selection of moderate to difficult hikes for hikers looking for more of a challenge.

One trail to try is the Devil’s Garden Trail. This is the longest in Arches National Park at about 11km, and takes the explorer past eight arches. A trip to Arches wouldn’t be complete without viewing the world-famous Delicate Arch, which is viewable from a lookout point near the parking lot, but of course it is best viewed up close by taking a short hike to its base. 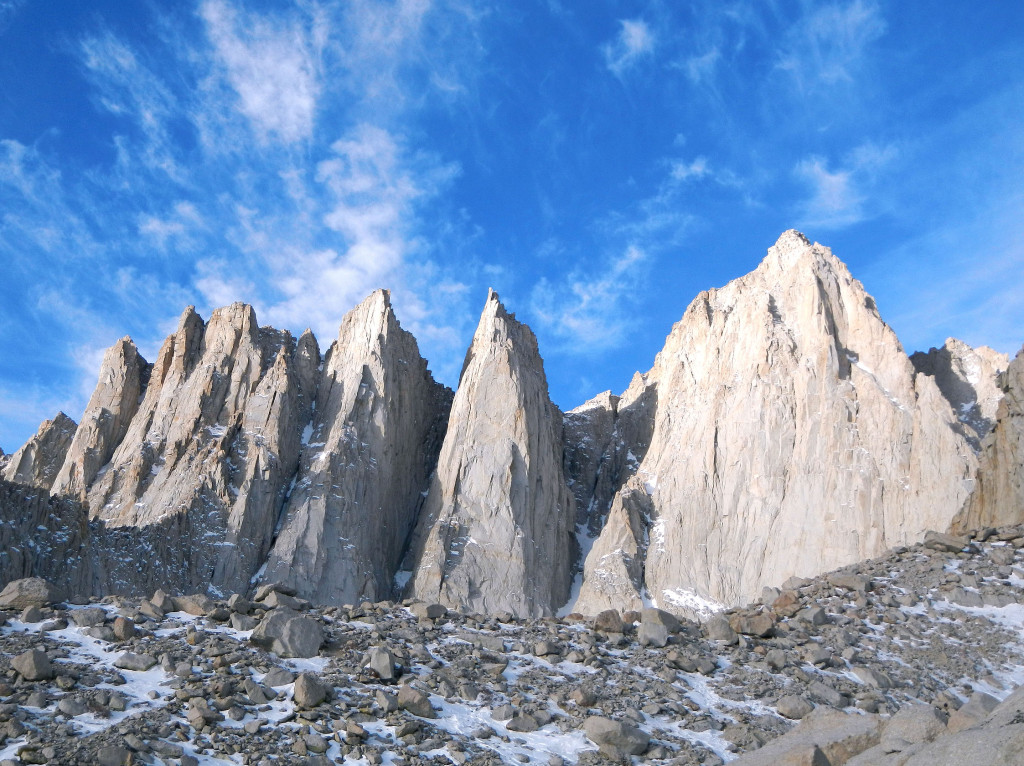 Standing tall at 14,497 feet above sea level, Mount Whitney holds the title of being the tallest mountain peak in the lower 48. Located three hours from Los Angeles, hikers keen for the peak experience have to make the 35km round-trip hike on its 100-year-old trail to the summit. This hike is reserved for serious and experienced hikers, as only half of the thousands of people who attempt the hike each year reach the summit, with altitude sickness and fatigue being the main reasons for turning back.

Mount Whitney will force hikers to traverse river crossings, navigate large boulders, and make their way through a snow field before reaching the summit. Once the top is reached, hikers can relax and enjoy the view before making their way back down again. While this may seem like a short-lived reward, the memories and sense of accomplishment will linger for a lifetime. 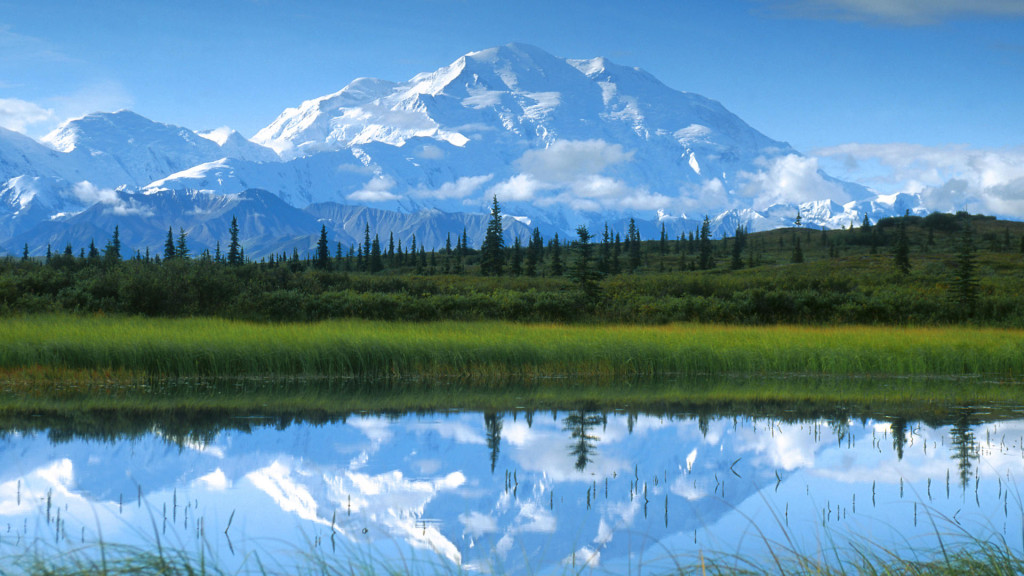 Located in Alaska, Denali National Park offers hikers the opportunity to make their way across un-marked and rugged country. Unlike most national parks, Denali is trail-less. This means true back country hiking, and the challenges that come with it.

Hikers need to forge their own path and will encounter dangerous and uneven terrain. Some streams may not be crossable and some parts of the native brush will be so thick explorers will have to find another way around, even if it means adding extra hours to the journey. Denali is recommended only to experienced hikers due to the rough nature of the hike and the dangerous wildlife, but for the experienced hiker it poses an adventurous and rewarding challenge.