Visiting the Devetashka Cave in Bulgaria

The Devetashka cave in Bulgaria is the region’s largest karst cave and one of the most beautiful of its kind in the world. Discovered in 1921 by Bulgarian explorers, the cave went a number of years without being recognised for its cultural heritage and was even used as an oil depot in the 1950’s. Today, Devetashka is a protected national landmark of national and international significance and has been declared a monument of culture. 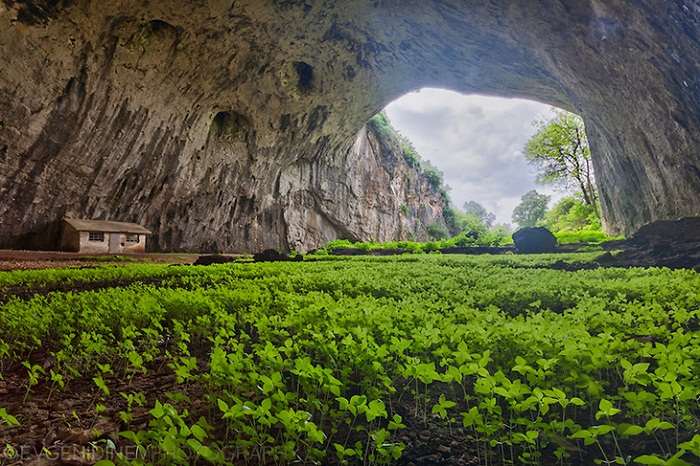 A view of the huge Devetashka cave entrance which is 35m high and 55m wide. Photo by Plamen Stoev Flickr

A huge open chamber carved into the rock over thousands of years is illuminated by seven holes in the ceiling allowing spears of sunlight into the structure. The cave is so big and so well lit by these roof-lights that substantial vegetation manages to grow inside. The greenery is so lush at certain times of year that it’s hard to believe it is actually underground and the 11 underground lakes only serve to reinforce that view. Approximately 30,000 bats of several species line the walls and ceilings, which in some areas are over 100m above the cave floor. Devetashka is one of the biggest caves in Bulgaria, extending for over 2.5km and even containing a small river that connects with the larger Osam River outside. 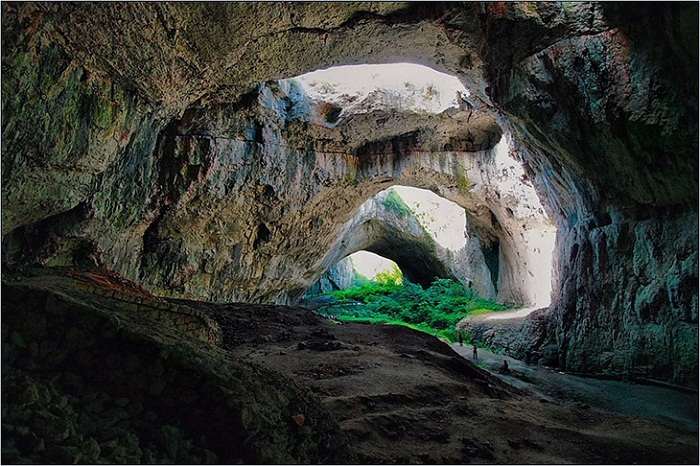 The darkness of the cave is spectacularly lit up by holes of different sizes in its ceiling. Photo by skyscrapercity

Archeologists estimate that the cave was first inhabited during the early Paleolithic (pre-human history) period and that the cave was used by man in subsequent eras. Many of the most significant archeological finds in Bulgaria, especially from the Neolithic period, were made in the Devetashka cave. It’s easy to see the appeal to prehistoric humans with the availability of running water and the protection it would provide. Simply put, Devetashka is a beautiful symbol of human history in this region.

The cave provided protection from weather during the Paleolithic era 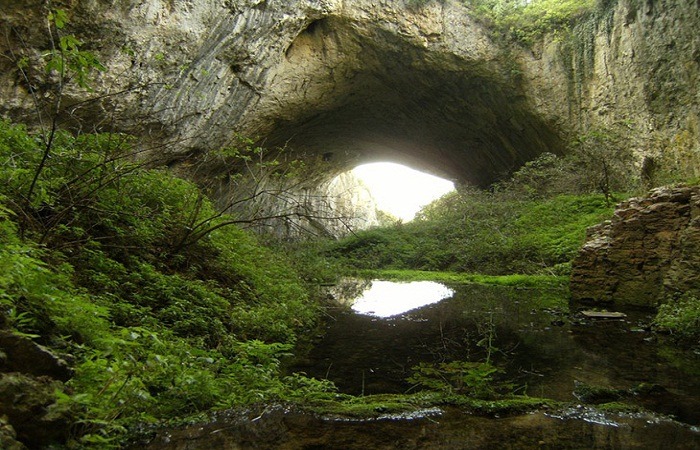 Devetashka cave has been declared a national landmark of national and international significance. Photo by static

Travelling in Bulgaria and anywhere in Eastern Europe comes with challenges not often seen in the Western nations. Airports are few and even train and bus networks are not well established. The Devetashka cave is located just 15km northeast of the town of Lovech and just 2km from the small village of Devetaki. Unfortunately neither of these places has airports so visitors will need to catch a bus to Lovech from either the capital Sofia (3 hours) or the coastal city of Burgas (6 hours), both of which leave daily. 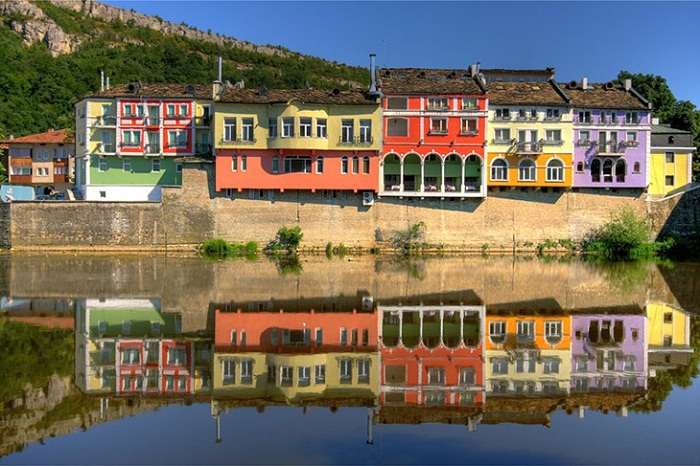 The beautifully restored town of Lovech should be more than just a pit stop on the way to Devetashka. Photo by www.cim.bg

Lovech is a beautiful town lying on the Osam River, which should be appreciated as more than just a pit stop on the way to the Devetashka. The quiet traditional town has been well restored in the Bulgarian style and the covered bridge crossing the river is definitely a highlight. Take some time to visit the museum or art gallery or if nature is more your thing, head out to visit the nearby Krushuna and Green Rock waterfalls. From Lovech there are hourly local buses to the tiny village of Devetaki. This petite village is home to just 273 people, but is a great example of Bulgarian country lifestyle. From here it is just a short walk along a narrow path by the river to the Devetashka cave. Ask the friendly locals for directions if you lose your bearings. 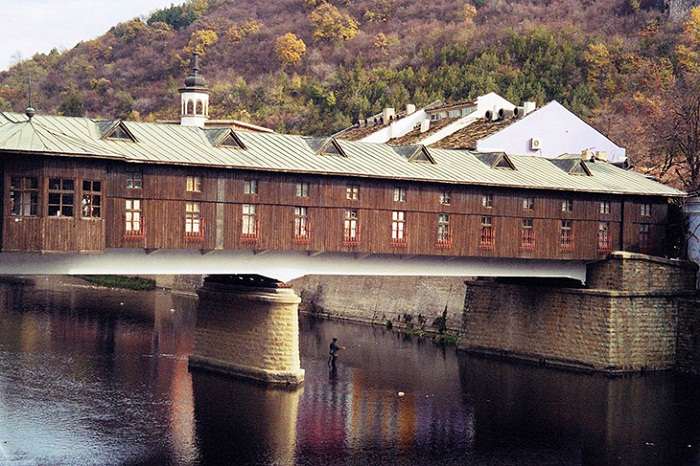 The covered bridge in Lovech is a beautiful example of Bulgarian architecture. Photo by globeimages.net

Keep in mind when travelling to Devetashka that the caves are closed between the 1st of June and the 31st of July. This is due to the bat breeding season, which interrupts standard operating hours. Also make sure you have some change with you, as there is a 2 Bulgarian Lev fee (around 1 Euro). Be aware that not all parts of the cave are accessible to tourists; some areas require special expertise and equipment. Finally make sure that you dress appropriately, it can get pretty cold so bring a jacket and wear comfy shoes, because you’ll be doing a lot of walking while you explore these marvellous caves. 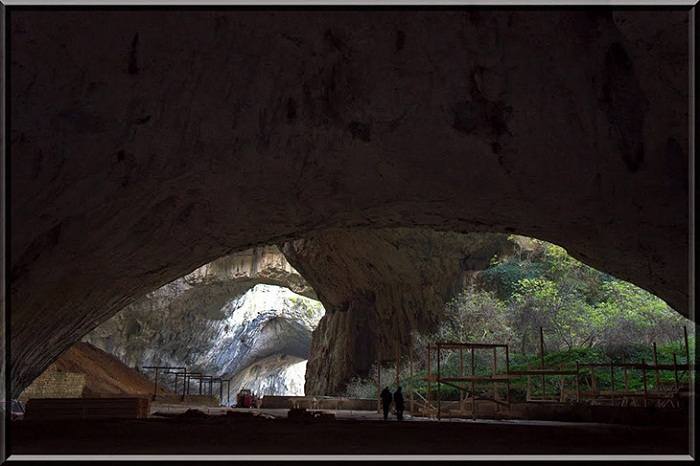 Some of the interesting cave formations that can be seen in Devetashka. Photo by Nik5511