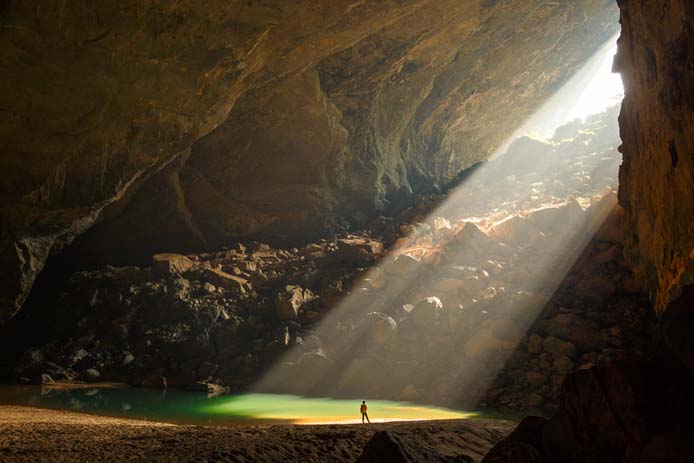 A beam of light shines through onto a tiny person inside the cave. Photo by Ryan Deboodt via Oxalis.com.vn

Exploring the Son Doong Cave in Vietnam you will discover a 9km long interior. This cave is so massive it has its own jungle and river. The cave is twice as large as Deer Cave in Malaysia, previously the largest cave in the world. At 200 metres wide and 150 metres high, Son Doong could easily fit a 40-storey skyscraper inside.

This is why it’s only for the adventurous, as visitors need to use ropes and harnesses to descend 80 metres just to reach the cave floor.

How to Get There 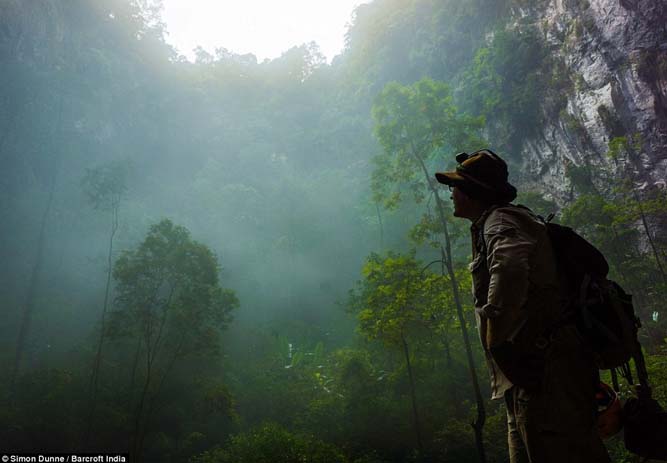 The skylight shows how great Son Doong Cave is inside the jungle. Photo by Simon Dunne

The nearest town to the cave is Dong Hoi, which can be reached by bus, train, or taxi. To reach the mouth of the cave from this small town, visitors must drive 55km and then trek a further 10km through a long forest path from Truong Son Highway. Like most places throughout South East Asia, if you’re taking a bus be prepared for blasting aircon so pack something warm. 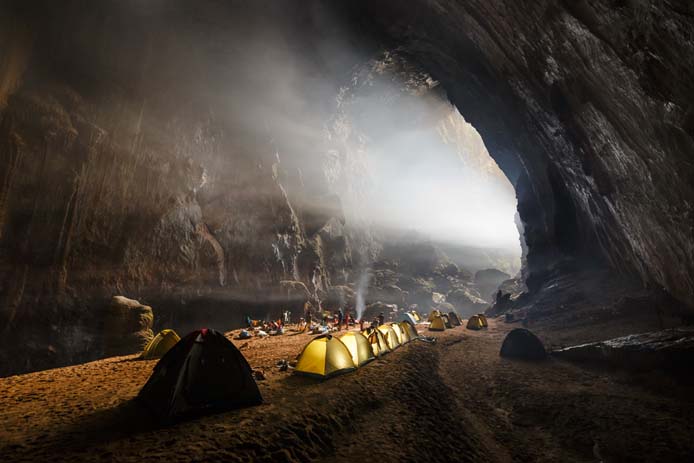 Only one tour operator, Oxalis, has permission to run tours to the recently discovered cave, and only 220 permits will be issued to tourists in 2014. The price of the tour is approximately $3,000 per person, not including travel to and from the cave. In small teams of up to 8 guests, visitors will trek deep into the remote jungle of Phong Nha Ke Bang National Park, cross stunning river valleys, and witness the incredible cave formations. A team of 16 porters, safety experts, and guides will accompany guests on the six day adventure.

The tour to Son Doong Cave begins 35km within the national park, where guests will trek the 6km to arrive at the camp inside Hang En. Early the next morning, travel through this enormous cave to reach its amazing exit and then follow the river to the entrance of Hang Son Doong. Not far from this is the gigantic main tunnel, followed by the Hand of Dog, a giant stalagmite said to resemble a dog paw, and the first campsite. After a night here, visitors will explore the depths of the cave, including 200m cliffs, flying foxes, monkeys, and other wildlife. After this, travel deeper into the cave and then complete the final section by boat.

The man responsible for discovering the cave in 1991, Ho Khanh, will also soon offer exclusive tours and camping trips inside the cave. 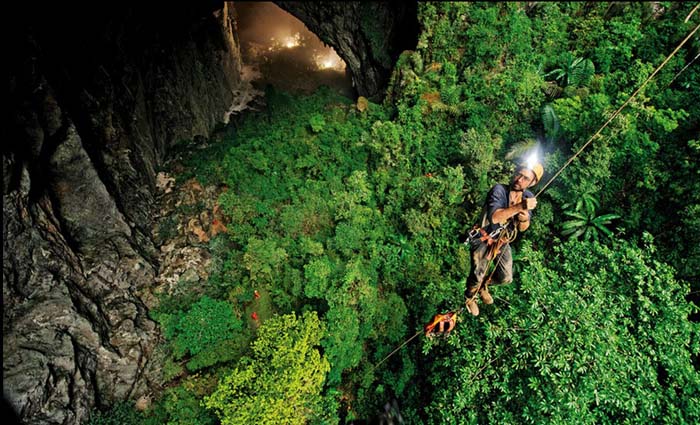 Abseiling through the Son Doong Cave into the dense jungle below. Photo by Liam Nendis, flickr

For those wishing to partake in exploring the cave, it is essential to pack caving gear such as boots, backpack, torch, and anything else you might need for trekking. Waterproof gear would also be an advantage as visitors are expected to encounter some water inside the cave. Another necessity is insect repellent, as leeches are common throughout the forest.

Oxalis will provide all safety and camping equipment, as well as helmets, gloves, first aid kits, walkie talkies, satellite phones, and any other necessities you may require.

When is it available to the public? 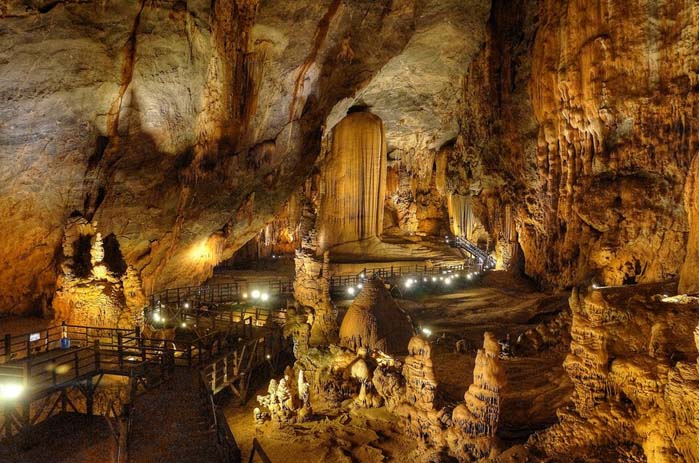 Not only does Son Doong Cave boast beauty and size, many parts of the cave still remain a mystery to us, making the cave so much more intriguing. The source of the huge river inside the cave is not known. A team from the British Cave Research Association is trying to shed more light on this.

Although Son Doong is set to open to the public soon, it is still one of the most exclusive adventures you can partake in, with just 10 people having visited so far, and a mere 220 tourists allowed to visit this year. This is due to the government’s desire to ensure a sustainable future for the cave. While the Son Doong is well and truly booked, there is the Tu Lan Cave System which is still available with regular 1,2 and 3 day treks. 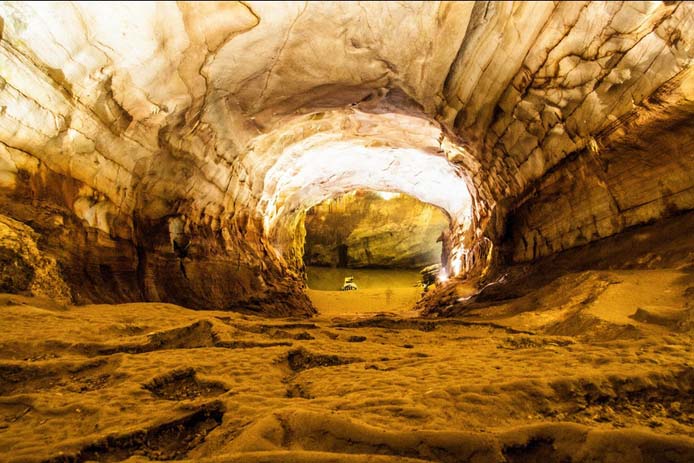 With the recent discovery of this impressive cave has also come several new species of plant discovered by scientists in the cave’s lush interior. Visitors will also witness cave pearls, a natural phenomenon which occurs over hundreds of years when dripping water creates layers of calcite that build up around grains of sand.

Not only the biggest cave in the world, but as the most beautiful, Son Doong cave is a dream come true for cave-divers and adventurers.