Cruise in the Mediterranean and explore ancient villages, beautiful seaside towns and famous landmarks. Leave behind your busy lifestyle and explore some of the most beautiful cities in the world with an endless amount of history and culture to discover. The Grand Mediterranean cruise allows you to do just that. Beginning in Barcelona and spanning 12 nights, you’ll never experience a moment of boredom as you are taken from city to city, experiencing the Mediterranean like you never thought possible.

Onboard the Princess Cruise in the Mediterranean

The onboard experience itself is amazing, with a huge range of activities to partake in when you’re not out sightseeing. For those who want to enrich their holiday with education, a number of workshops and classes are available, as well as a library and book club. For the more athletically inclined, the cruise offers golf, basketball and volleyball courts, and a running track. Guests can also enjoy the pool, spa, gym, casino, and various boutiques.

Although there are plenty of daytime activities, the onboard experience doesn’t take anything away from sightseeing at the various ports. This is why the night comes alive on board the cruise with movies under the stars, various productions, dancing, karaoke, comedy, parties, and bars and lounges.

The Grand Mediterranean cruise is a bucket-list experience, with stops in some of the most beautiful and exotic cities in Europe, including Monte Carlo, Florence, Rome, Athens, and many others. The cruise stays overnight in the magical city of Venice, giving guests the chance to spend the night in the floating city and glide through the canals in a gondola.

Whether you’re a culture vulture or simply love to relax, the Grand Mediterranean is the perfect experience for you, with 12 incredible nights and 10 amazing destinations. 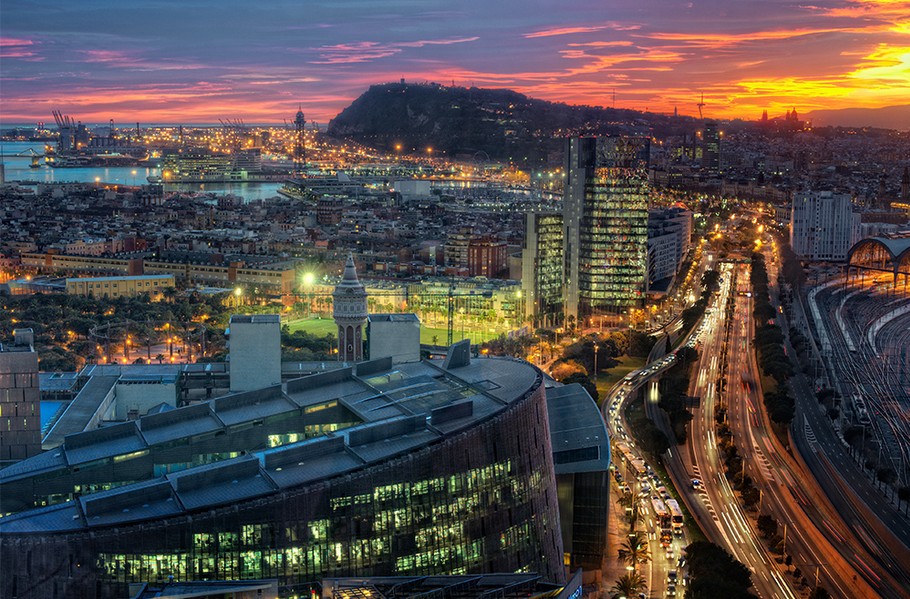 The beautiful city of Barcelona is where you will stop off first. Photo by Marc, flickr

Indulge in the culture and beauty of Barcelona, the capital of Spain’s autonomous region of Catalonia. Marvel at the incredible architecture of La Sagrada Familia or visit the many world-class parks, fountains, and museums. Stroll Barcelona’s most famed promenade, Las Ramblas, or visit Parc Guell, designed by Antoni Gaudi.

Explore this magnificent playground of the rich and famous, with its sleek yachts, cafes, cabarets, and elegant casino. Visit the sites of the second smallest country in the world, such as Saint Nicholas Cathedral and the Royal Palace. 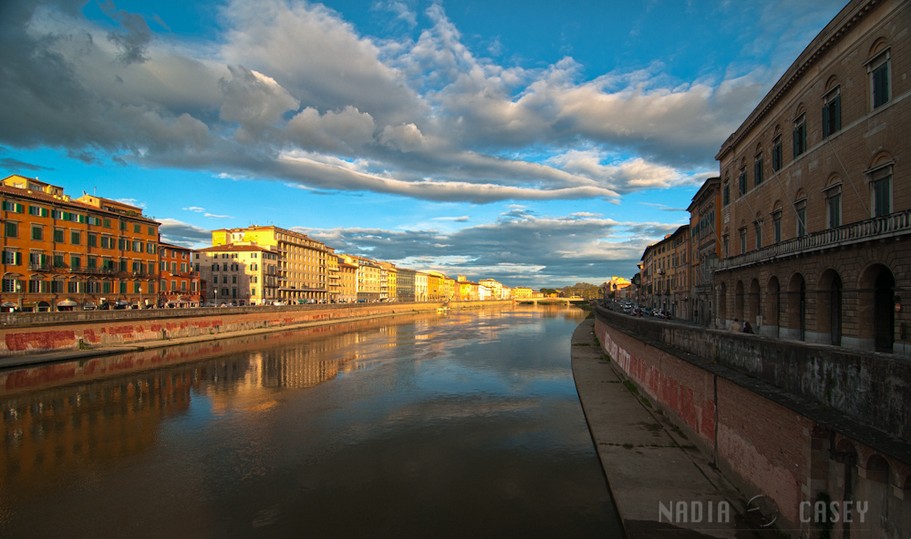 Home to giants such as Da Vinci, Michelangelo, and Galileo, Florence boasts an incredible history with a cultural legacy nearly equal to classical Athens. The city of Pisa has long been a leader in art and architecture, second only to Florence. 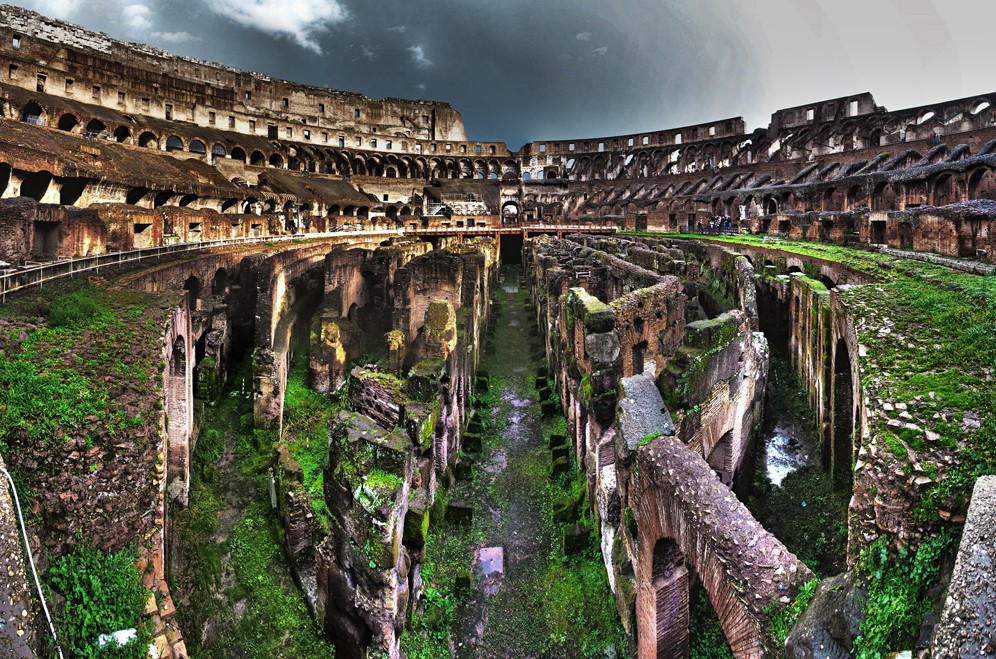 Killing fields inside the Coloseum. Photo by Minmin Ou, flickr

This ancient capital of the western world is enough to fulfill even the biggest history buffs. The Eternal City boasts the Colosseum, the Vatican and Sistine Chapel, St. Peter’s Square and Basilica, the Pantheon, Spanish Steps, the Roman Forum, and many other amazing sites. 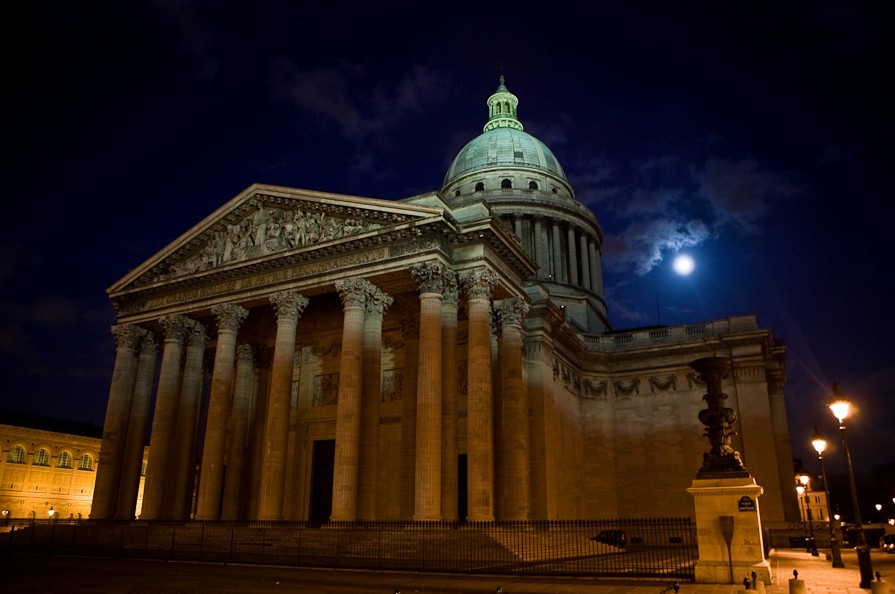 The busy city of Naples is your gateway to the Isle of Capri and the fabled Amalfi Coast. It is also famous for the well-preserved ruins of Pompeii and Herculaneum, two cities buried by ash from the eruption of Mt. Vesuvius in 79 A.D. 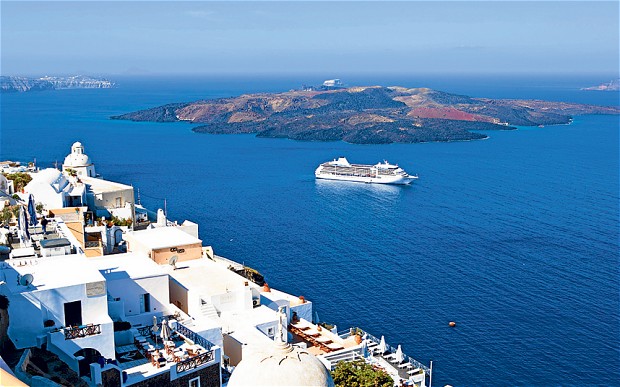 Cruising past Santorini in the Mediterainian

Spend the day soaking up the sun with the cool breeze of the Med at your back. Take some time to explore the cruiseship if you have not done so already. There’s loads of entertainment, bars and massages. You can even take cooking lessons and have a game of 10 pin bowling. 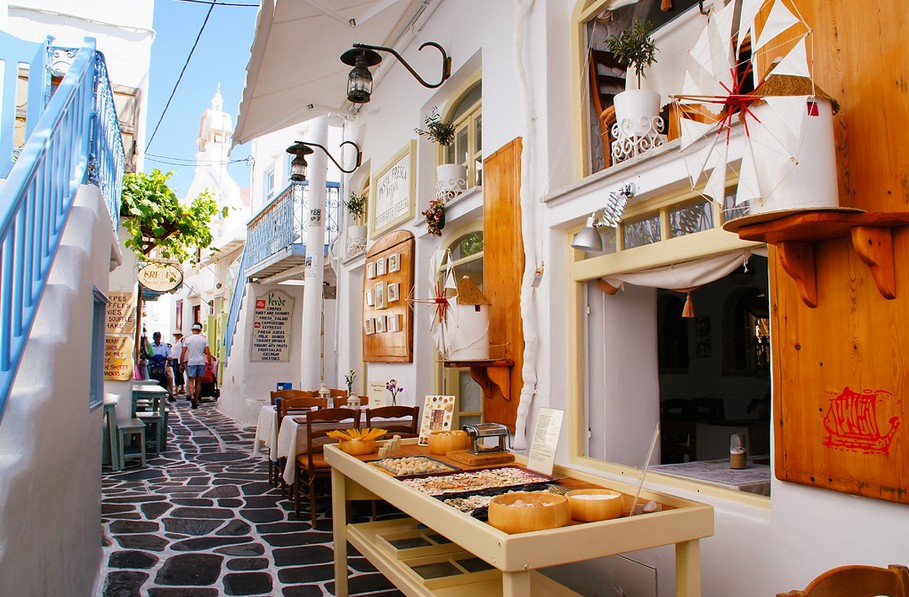 Famous for its amazing beaches and nightlife, Mykonos boasts a number of things to see and do. The Delos archaeological site was said to be the birthplace of Apollo and Artemis, and includes a number of temples and sanctuaries. 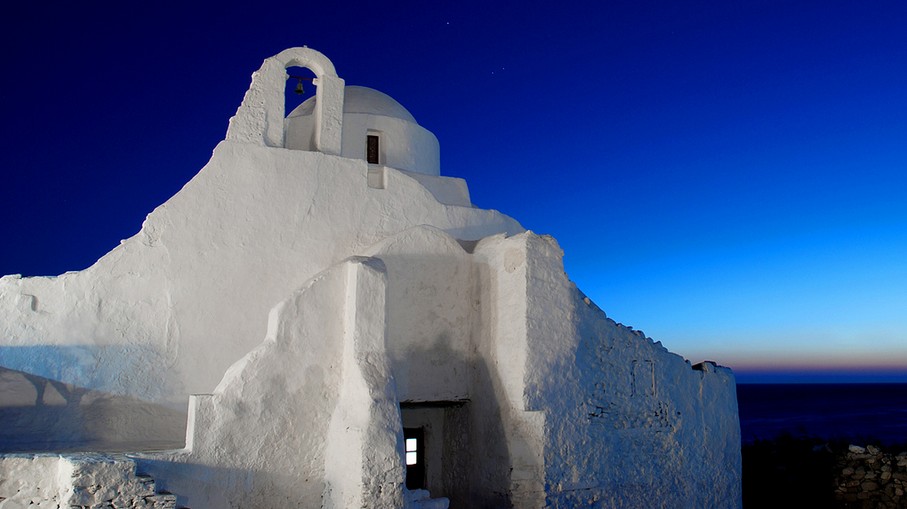 The only city in the world to cross two continents, Istanbul combines Christian and Muslim culture with Byzantine architecture. Visit the world’s largest bazaar, ancient mosques and churches, and the underground cistern.

Visit the ruins of ancient Ephesus, a major site of archaeological excavation, and experience the ruins of this ancient Roman provincial capital. Its main sites include the Odeum, the Celsus Library, the Temple of Hadrian, the Fountain of Trajan, and the Great Theatre. 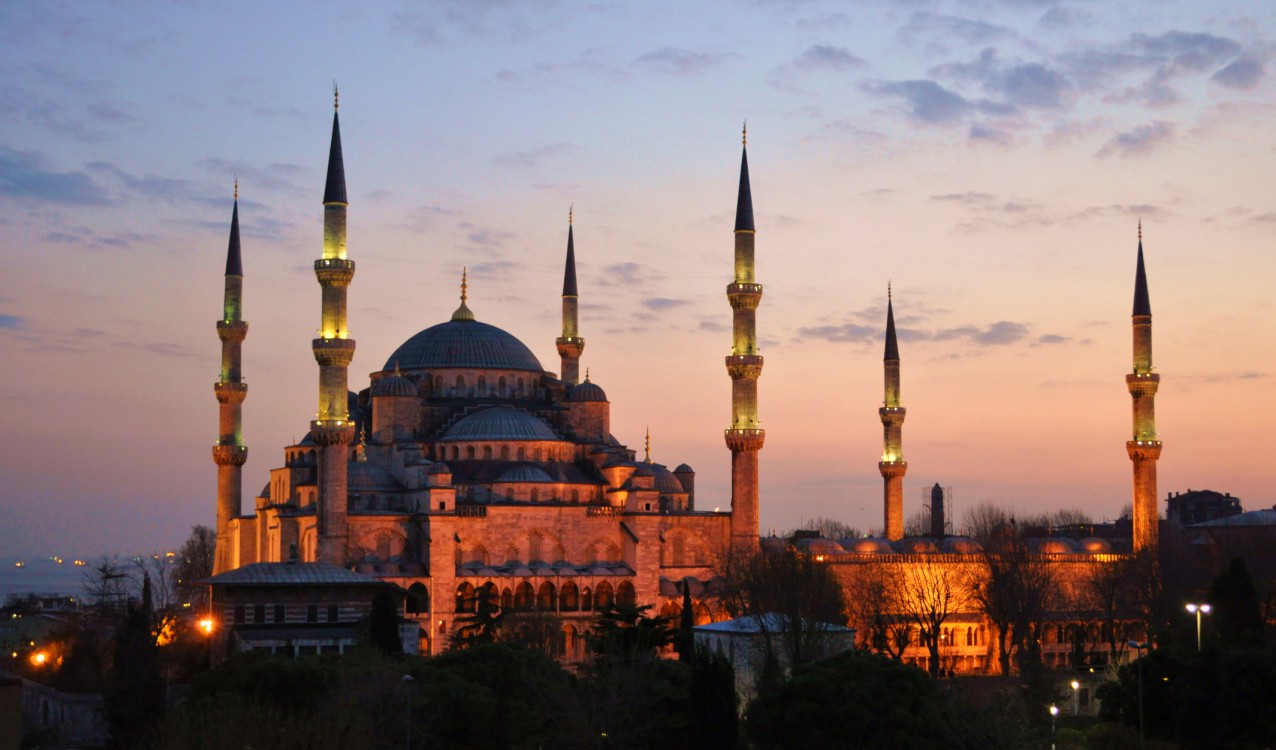 Step into the ‘Cradle of Western Civilisation’ as you visit some of the most famous sites in the world, including the Acropolis, Parthenon, and Temple of Olympian Zeus. Visitors can also experience the Theatre of Dionysus, where the tragedies of Aeschylus, Sophocles, and Euripides were performed. 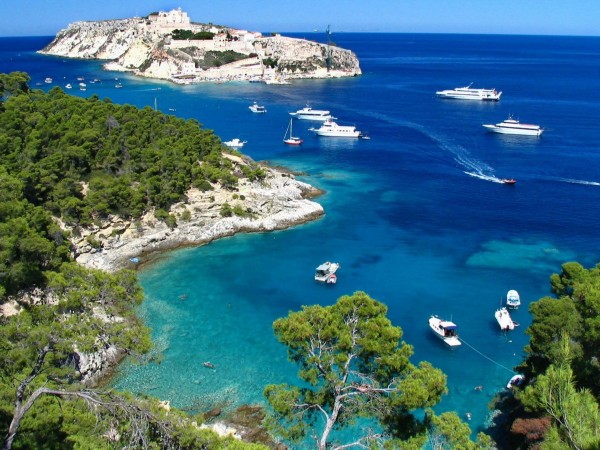 Cruiseships travel through the Adriatic Sea. Photo by Ljubljana Travel

By this stage you might be exhausted from exploring all the stops in Europe’s most famous places. There isn’t much to see while traveling out to sea so  you may want to take the time to kickback by the pool and read a book. For keeners looking for information on the next stop, the info centre on the boat can give you all the help you need. 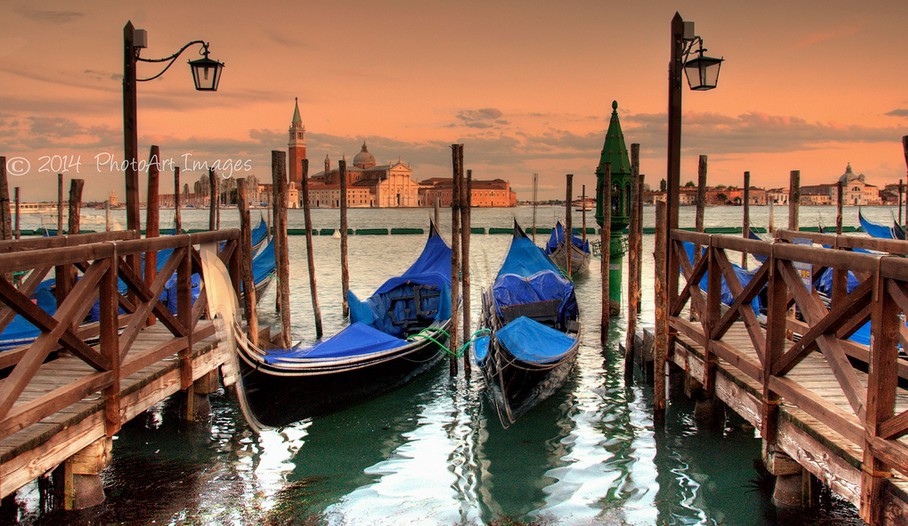 Boats parked on the main canal in Venice. Photo by PhotoArt Images (Away), flickr

Glide through the canals in a gondola and explore the floating city of Venice over two days. Regarded as one of the world’s most beautiful cities, visitors can experience St Mark’s Square and Basilica, the Grand Canal, San Giorgio Church, as well as the quaint cobblestone streets and endless amount of mask stores.