Going on an adventure through the Bokor National Park in Cambodia can be quite the surreal experience. You’re surrounded by dense forest, so typical of south east Asia but in Bokor National Park, Cambodia, it’s a little denser and a little more intense. 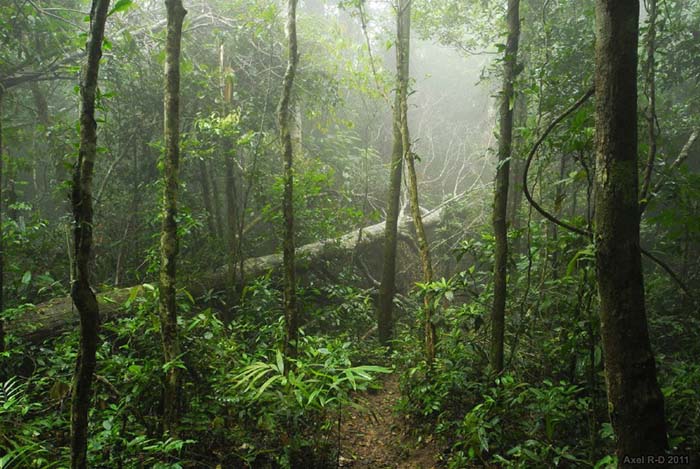 Thick Jungle with mist. Image by IUW via Flickr

When you finally find a clearing up one of these forested hills you look out across the valley, where a thick mist hovers obscuring any real long distance vision. This misty forest, you now realize is your whole world.

Hiking further through the forest you find yourself in a clearing, as you look around and take in the view, the thick mists rolls away and you realize there is something very odd. An old western looking church, covered in vines stands before you, completely out of place in this wild setting. Going on further there is an even more obscure sight, like something out of science fiction, a huge run down 19th century style mansion sitting right in the middle of the Cambodian jungle, looking to be more at home in Europe.

This building is actually an old French construction built in the early 20th century by the French when they had control of the region. World War II and local insurrections caused the French many problems and in turn the buildings were abandoned during the 1940s. Continual strife in the area has meant that the buildings have been left to deteriorate as the forest encroached, creating such an odd, yet hauntingly beautiful scene.

The French left some interstingly out of place classic architecture. Photo by Alessandro Vannucci

One of the most well-known sights in the region is the Popokvil Waterfall, also known as the “Swirling Clouds”. These picturesque falls aren’t the biggest you’ll see but they are unique and spectacular in their own way. Instead of a huge drop and raging waters these waterfalls are like a giant natural water feature. Many small cliffs over a wide area surround you with walls of falling water; the sound alone is incredibly soothing. 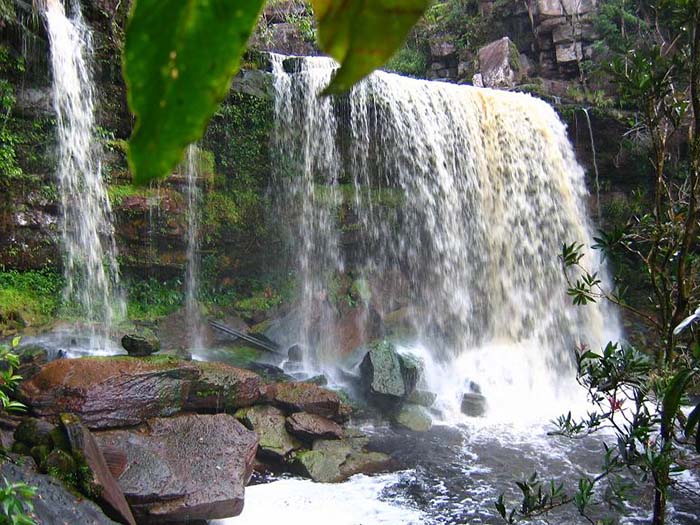 The waterfalls are a popular attraction. Photo via snappcambodia

The “Black Palace” which sounds like something out of Game of Thrones but is in fact an actual place and can be found nestled in these very jungles. This relatively small unassuming building was built by King Sihanouk as a getaway in 1936. From this surprisingly subtle palace some of the area’s best views can be taken in. 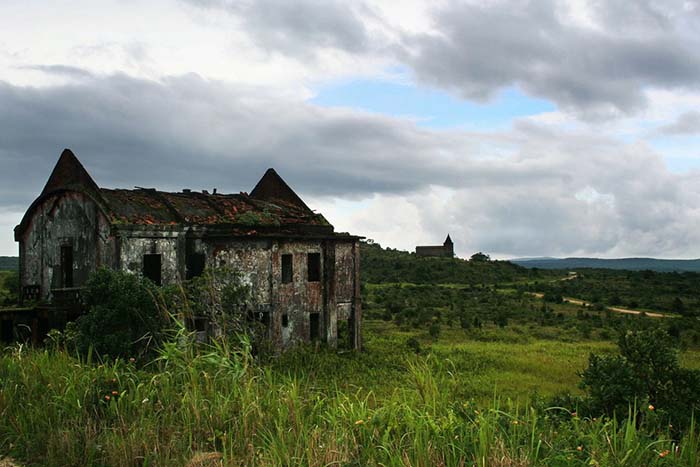 The burnt out building create an eerie presence. Photo by Erika Tanith

One of the main attractions of the park is going to the casino and the church that are at the top of the mountains. The best way to transverse the park is to hire a scooter or a car, take your own food and spend the day exploring (there are tigers but they are all but extinct, this sad fact makes exploring by yourself relatively safe). There are many tours going through the park up to the palace and casino every day but they are not recommended.

Other than man-made structures the park and wildlife living inside are known the world over for their diversity and rarity. This national park is a favourite of bird watchers with over 300 species of birds living in the vicinity. Not only birds but amazing animals such as Indian elephants, asiatic black bears, sun bears, leopards, tigers, gibbons, mongoose, porcupines and bats just to name a few. The site is so unique and diverse that it has almost been registered as a UNESCO world heritage site; as sadly the government doesn’t have the means to use proper conservation practices on the region. It is for this reason, and the ever hastening development of the area that you should get there before it’s gone. 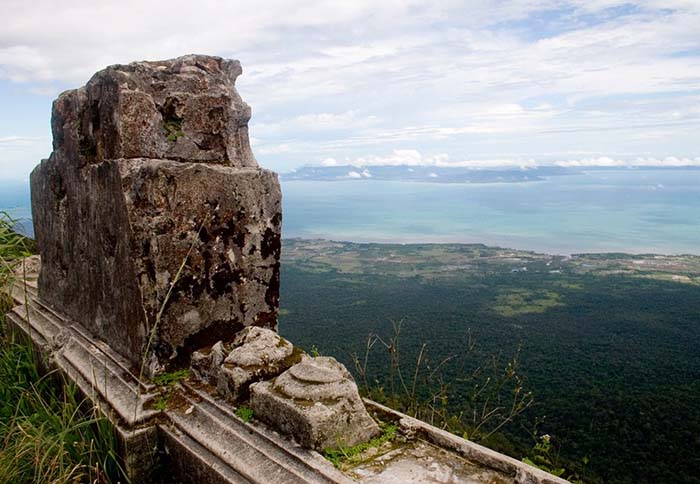 The quick rise in elevation make the views unreal. Photo by Two Roses via Flickr

How do I get there? What’s the best time?

As far as the best time of the year to visit Bokor national park is concerned, it is the dry season ranging from November to April (For many equatorial countries looking at seasons as summer, autumn, winter, spring just doesn’t make sense, the main weather changes through the year are 6 dry months and 6 rainy months), as most of the activities are outdoors it would be preferable to most if it wasn’t raining. The only exception here is that the Popovkil falls are usually inactive for most of the dry season and are at their best through the wet season.

The easiest way to get to the Bokor National park is through the capital of Cambodia, Phnom Penh. From the capital there are numerous buses that travel to the national park, the capital is actually quite close and the trip isn’t even that long, for many it is done simply as a day trip.
A good place to stay is the Botanica Guesthouse just outside the park in Kep, this guesthouse offers a relaxed environment, and while the area is a little quiet you’ll probably be too tried from hiking all day in the humidity. They can be found at Road 33A Kep and can be contacted via +855 16 562 775.