Where to find the most secretive islands around the world

Each year, thousands of tourists flock to the seas in search of the best Islands – we want pristine sand, crystal clear water, luxury resorts rolled all into the peace and tranquility offered by island lifestyle. While the islands of Fiji, New Caledonia and the Maldives are all popular holiday destinations, they don’t quite hold the same sort of exclusivity to them; they’re too popular, not that it’s a bad thing – but here we list some islands that are not visited so often and thus have all the more space for you to embrace the serenity of isolation. Put your phones away; don’t pack your laptop or that iPad because you’re heading to paradise on these most secretive islands.

The most secretive islands around the world: The Torres Strait Islands 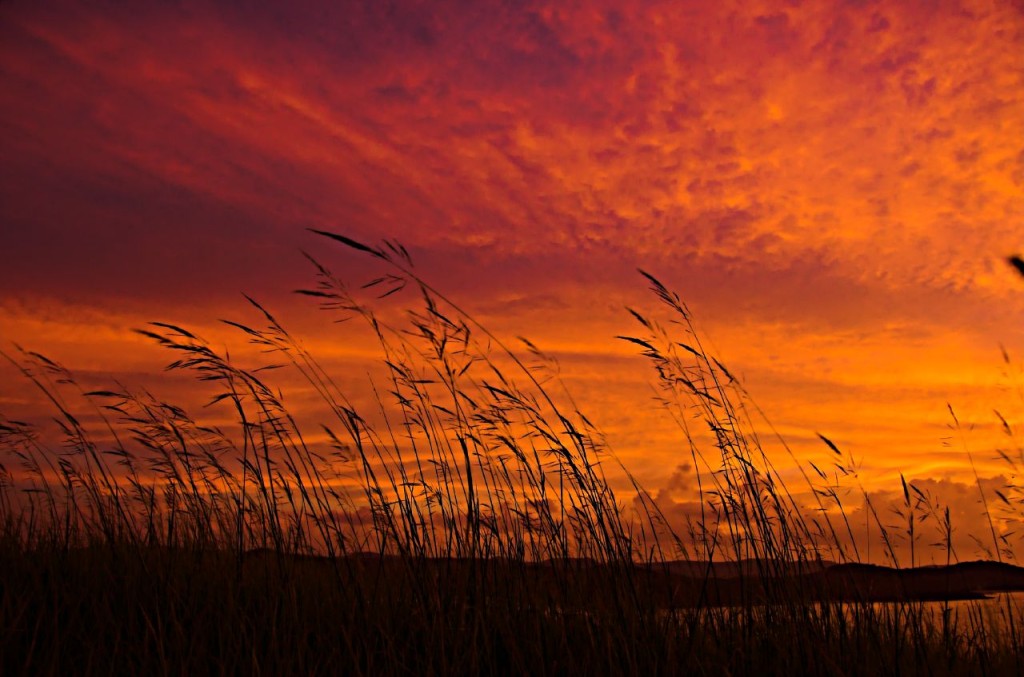 Sunset on Thursday Island in the Torres Strait. Photo by ailanpair, flickr

The Torres Strait Islands is made up of approximately 274 small islands, located north of the Cape York Peninsula coast in Australia, and south of eastern Papua New Guinea. The location of the islands ensures that the surrounds are going to be absolutely stunning – the water is clear and clean and the reef makes for fantastic diving. However, the islands are often overlooked in favour of travelling to Cairns for a dive in the Great Barrier Reef; but keep in mind that the reef system spreads to the Torres Strait!

Thursday Island is the tourist hub and commercial centre of the Torres Strait. The resorts are often the largest, and it’s here that you should visit if you want to take a glimpse into the rich culture and history of Australia’s indigenous people. There’s a considerable amount of local art, many markets and colonial architecture which dates back to when Australia was first settled.

What to do: Go fishing, swimming, diving and kayaking. Just keep in mind that there are some areas which aren’t safe for swimming because there are sharks and crocodiles residing in the area. The locals know the best swimming spots, so always ask first. Also, make sure to visit the markets on Thursday Island to get a glimpse of the amazing artworks and culture of Indigenous Australians. 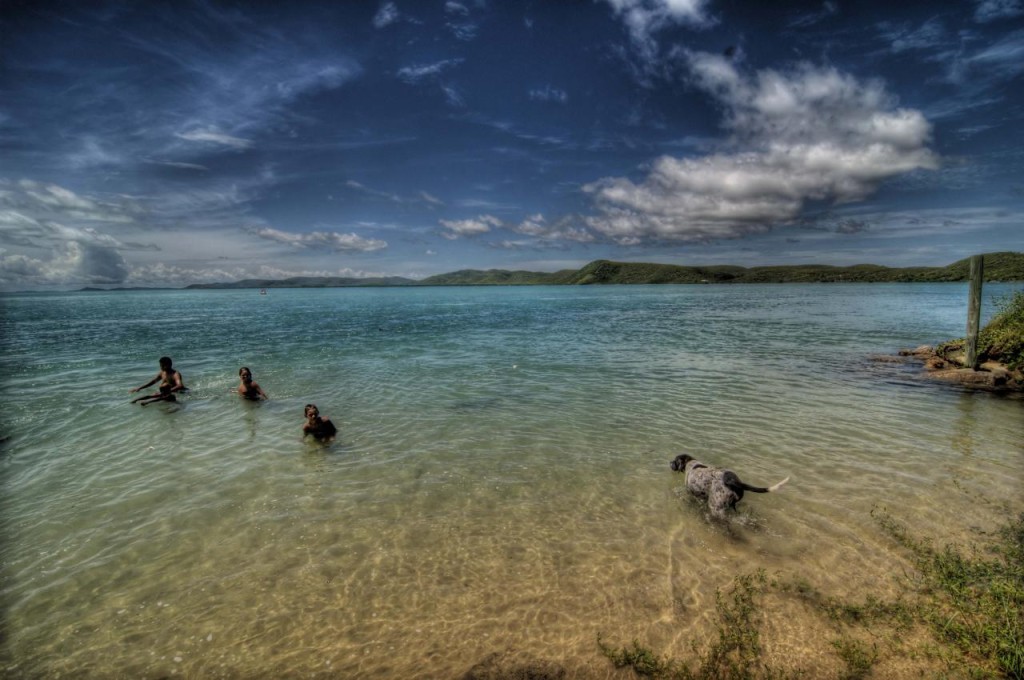 How to get there: You can take daily flights directly to the islands in the Torres Strait, particularly to Horn Island. From there you can get water taxis and ferries to smaller islands. Please keep in mind that some islands are protected so there won’t be ferries travelling to them.

Where to stay: There are loads of hotels, lodges and bed & breakfasts’ to choose from around the islands of the Torres Strait. If you do decide to stay on Thursday Island, opt for staying at the Island Villas. The Island Villas are a four-star boutique style self catered accommodation in the form of quaint villas, located with stunning views of the beach. Each of the villas caters to double occupancy, and the starting rate is $280 per night (for two nights), but if you book for five nights or more, you pay only $240 per night so plan accordingly. 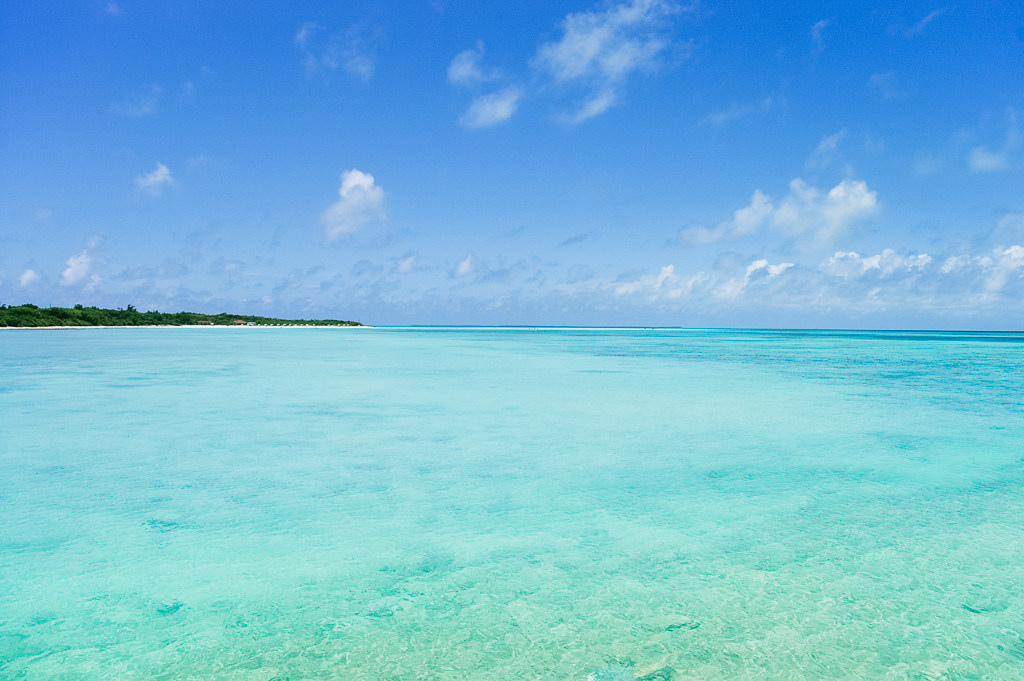 Located south-west of Japan are the Yaeyama Islands, a group of islands residing in the deep of the East China Sea. The islands are geographically located closer to Taiwan but are considered to be part of Japan and are Japan’s most remote and most southern islands. There are approximately twelve islands that make up Yaeyama, each of which with different dialect. The most common language is Yaeyama, and Japanese is spoken as a second language.

The Islands are most renowned for their mangrove forests, textile manufacturing, pineapples and sugarcane farms. Not to mention their spectacular beaches! Each island has something different to offer – Iromote is the largest island, and it boasts mangrove swamps, mountains and great hiking with plenty of opportunity to see the native wild cat. Ishigaki has the highest mountain and also a famous bay which offers great swimming. Taketomi is partly reserved due to indigenous villages but has amazing clear water beaches that would make any other island jealous. Each to their own, but why not visit them all?

What to do: Firstly pick up a translation book. Don’t be frightened to try out some new words. Speak to the locals, try their food, drink their beer and then see the very best that each island has to offer. Go hiking in the forests in Iromote and go swimming in Taketomi. Keep in mind; some places have jellyfish which have a bad sting, so steer clear of swimming there. The beaches will be signposted! Yonaguni is also home to some pretty mysterious underwater stone structures, so go for a dive and have a look.

How to get there: The main airport is located on Ishigaki Island, and you can fly there from mainland Japan. Flights are fairly sporadic, however, so book in advance and make sure you don’t miss your flight. Once you get there, you can travel around the islands by boat, which come regularly and directly take you to each island. 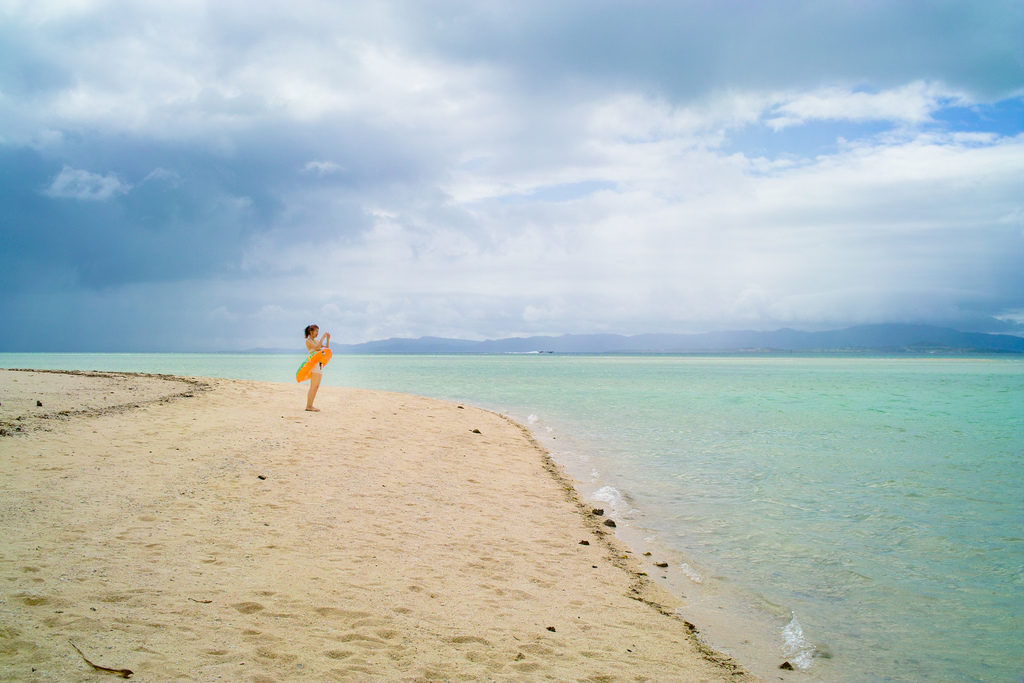 Enjoying the view at the beaches of Yaeyama. Photo by gruwashi999, flickr

Where to stay: Each island offers different sorts of accommodation, but there’s nothing really stopping you from staying on one island and doing day trips to the others. Most resorts and hotels are located on Ishigaki, because that’s where the airport is. When staying in Ishigaki, you should try staying at the Ishigaki Seaside Hotel – which is situated right in front of Sukuji beach. Guests have a choice between a western family room, and garden villas. You can choose to swim at the beach, sunbathe on a sunbed, enjoy the pool or gardens or simply sip on a drink and relax at the hotel bar. Prices for the Ishigaki Seaside Hotel start around $230 per night.

If you would prefer to stay on a smaller island, the Hoshino Resort Risonare Kohamajima on Kohama Island offers great commercialised service without the airport bustle that exists in Ishigaki. The island isn’t small – but it’s location is great and the resort offers complimentary ferry terminal shuttles so travelling is made as easy as possible. Plus, it’s located on the beach and there are spa baths in every room, so what’s not to like? 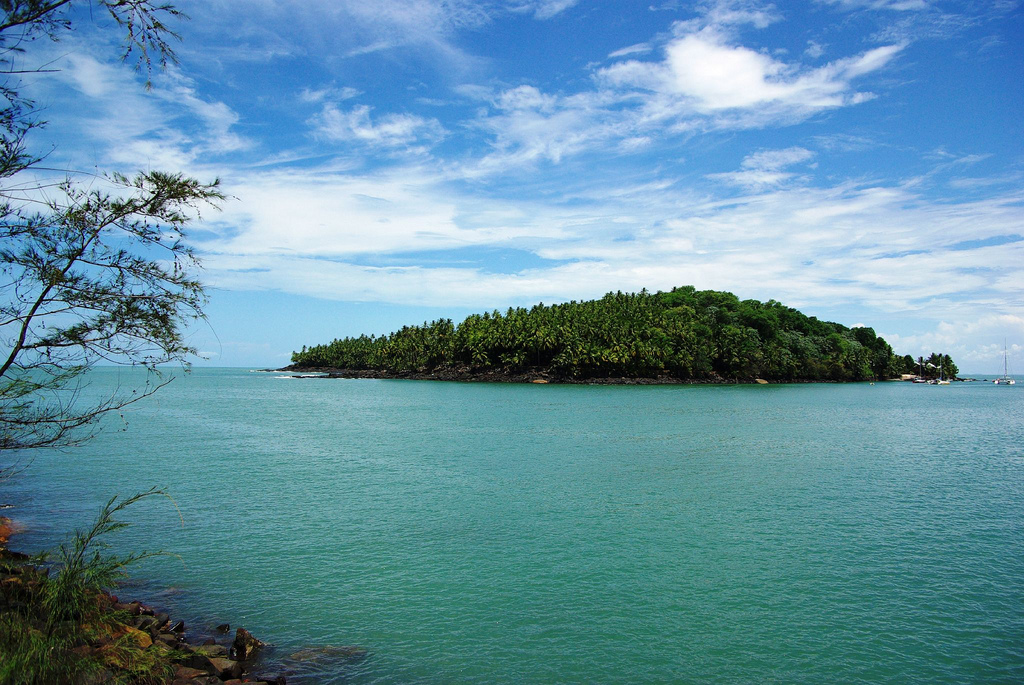 Known in English as the Salvation Islands, Iles du Salut is a group of three small islands which once were home to a group of political prisoners. During the years 1852 to 1947, Iles du Salut was an island prison, run by the French Government. It’s estimated that some 80,000 prisoners died from inhumane conditions on the island. However, since then, the islands have been transformed into a private getaway, packed with outstanding history, rich in restored prison buildings, forts and picturesque white-sand beaches.

The island is located off of the east coast of French Guiana in South America, so the area is rich in different kinds of culture and the beaches are stunning.

How to get there: You can travel by sailboat to the island from ports in Cayenne or Kourou. You must book your boat in advance, and be prepared to be sailing for up to an hour and a half. It’s best to stay on mainland as it’s easier to travel to and from.

What to do: Go on tours of the restored prison buildings. Their construction dates back hundreds of years and the buildings served different purposes over the years. Take some time to explore the jungle and the beaches that surround the island. 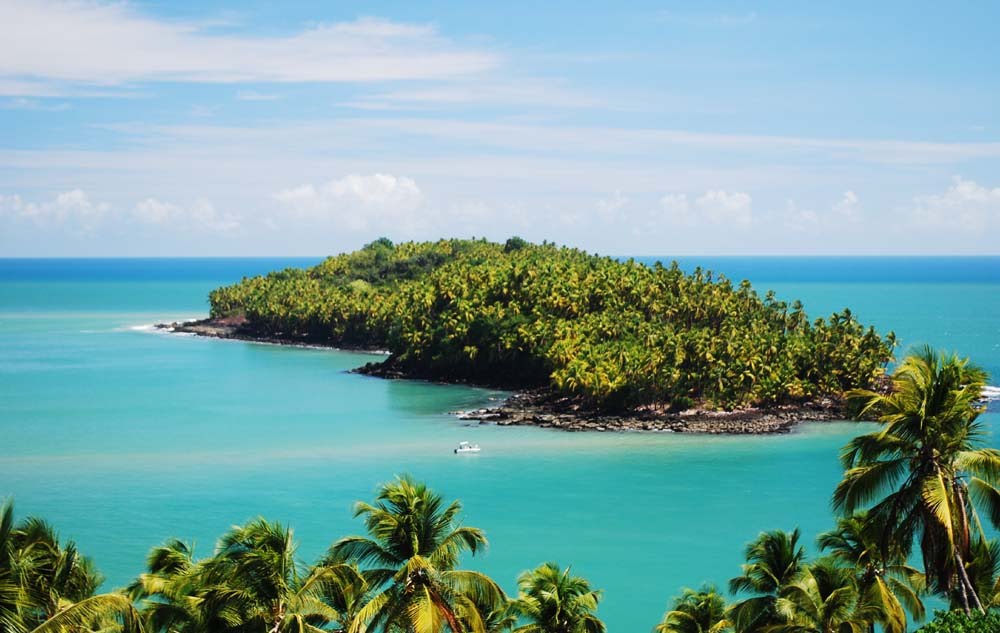 Explore the jungle in Iles du Salut. Photo by panoramio

Where to stay: Kourou is a great place to stay as most boats that go to the island dock from the port here. There are loads of hotels to stay in in Kourou, but opt for a comfortable stay in the Hotel Mercure. Otherwise, you can stay on the island in the Auberge Des Iles Du Salut, which once housed prisoners, so if you’re all for the authentic experience, stay here! If you are feeling particularly adventurous, you can choose to camp or stay on the island but be prepared with insect repellent and rain gear. 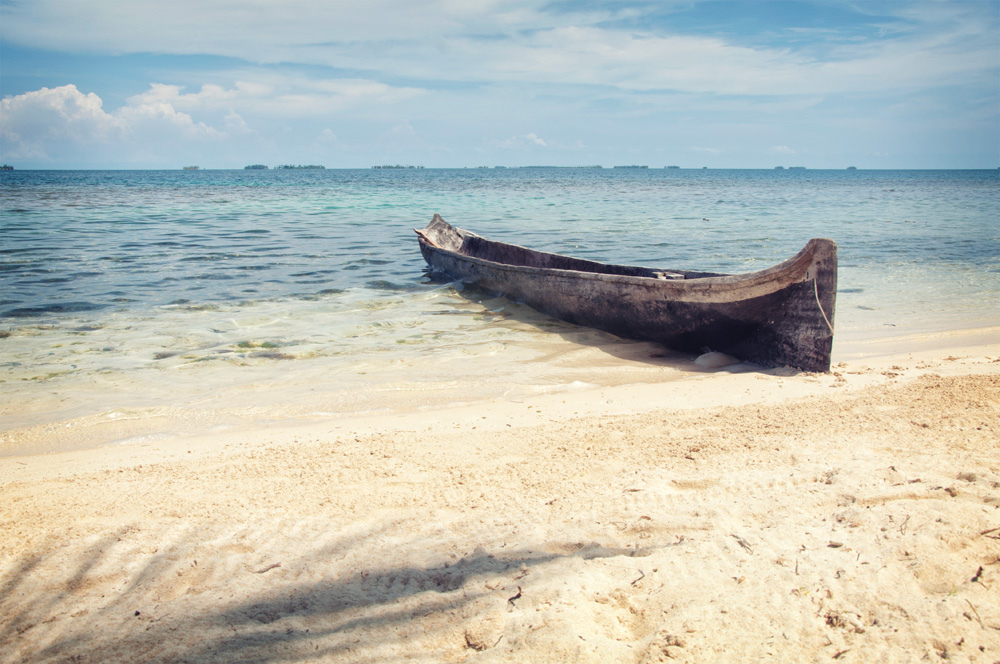 In the North of Panama, facing the Caribbean Sea is the archipelago San Blas. In this area, there are approximately 378 islands, most of which have no inhabitants. However, the two most populated islands, which are also the larger are populated by a blend of native people and tourists. San Blas is one of the most beautiful and popular tourism spots in Central America, but don’t let that throw you off. Yes, tourism is the largest contributor to the economy and is the largest industry in the area, but the tourism isn’t over-commercialised, nor is it unbearable.

Most of the islands have only coconuts and palm trees on them, not a person in sight, so feel free to relax on one of the quieter areas of the archipelago.

Palm trees and a hut on the islands at San Blas. Photo by jollytempting, flickr

How to get there: The most common method of travelling in Panama, to Sans Blas is by sailboat. However, keep in mind that sailing in the area will cost you roughly $US100, and you must go through customs and have a passport. The waters around Panama are monitored. If you prefer to travel with a company, you can fly directly into Panama City, where you can be transferred by land via 4X4 or taxi, and then water taxi or ferry to the larger islands of San Blas.

What to do: The best thing to do in San Blas is to relax. The area is a great place to soak up the sun, enjoy a book, go swimming and catch up on that much-needed break away from the hustle and bustle. The native people also have great little marketplaces which showcase some really cool artwork and relics, just be careful purchasing products as customs may not allow it back into your home country.

Where to stay: The Dad Ibe Lodge is a great option for accommodation in San Blas. The facilities are fairly basic, but the accommodation provided is comfortable and there’s a beautiful jetty that hangs over the water and gives a spectacular view of the sun over the horizon. Because the rooms are fairly basic, it’s recommended that you bring yourself a towel and a torch is always handy when reading or when travelling from the room at night as it gets very dark. Electricity in San Blas is a luxury!