There is no way you can miss Lions Rock. Surrounded by lush green jungle lies is a 200 metre tall rock, home to an ancient King who built his capital upon the summit.

On a small plateau about halfway up the side of this rock King Kasyapa built a gateway in the form of an enormous lion. Giant pictures decorate the sides with references to servants and people who worshiped their king. 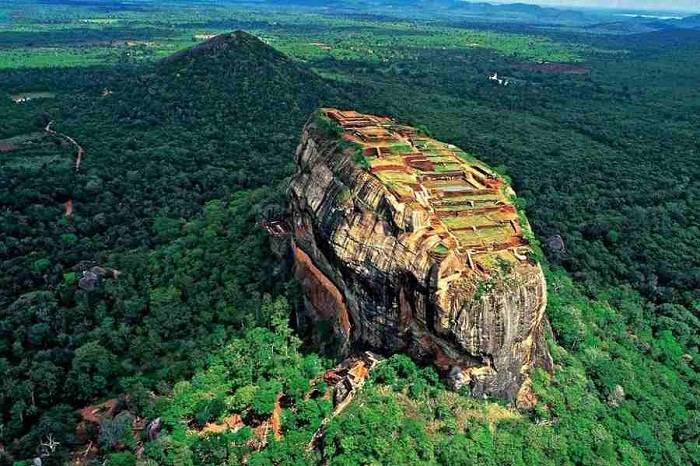 Breathtaking Lions Rock seen from the sky. Photo via Travelycia

The area has been inhabited for thousands of years and there are clear signs that indicate Buddhist monks had occupied the area from as early as the 3rd century. The palace became abandoned after the king’s death.

The Entrance to Lions Rock 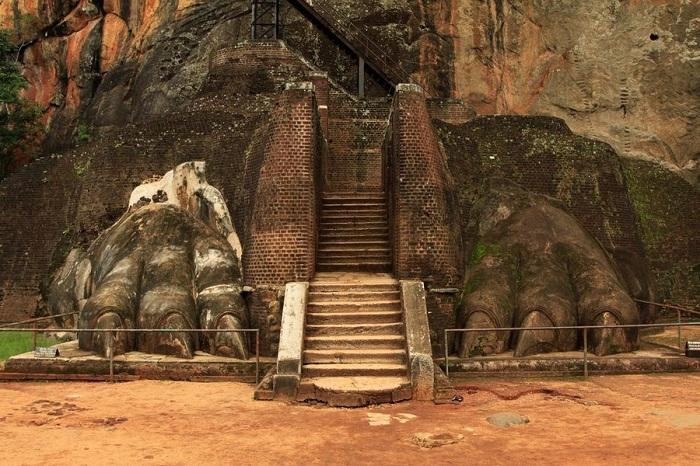 The Lions Paw flank the entrance to the site. Photo via Travelycia

Visitors are greeted with stone remains of lions paws that flank the entrance. There was a sculpted lion’s head above the legs. Unfortunately, the head collapsed many years ago.

Hiking to the top 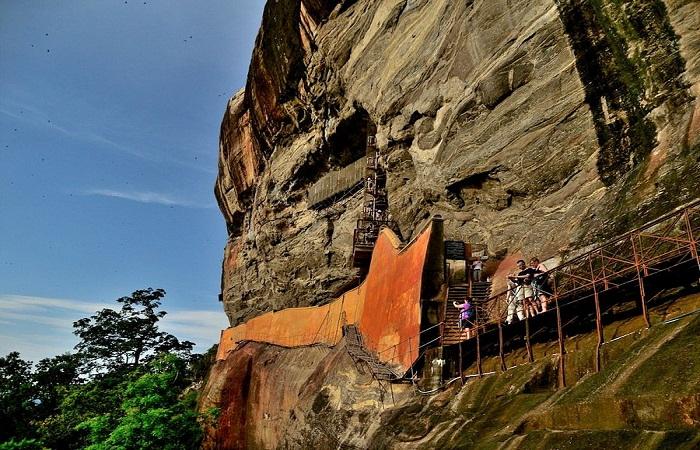 Visitors can hike an exhausting 1200 stairs to reach the summit. Photo via Travelycia

There are about 1200 steps (200m) up to the summit and takes around 2 hours to get up. You will need decent hiking shoes, but people do hike it in flip-flops.

Touts will try and get you to pay $15-$20 USD for a guided tour, but this isn’t necessary unless you want the extra information.

The archeological remains on the summit 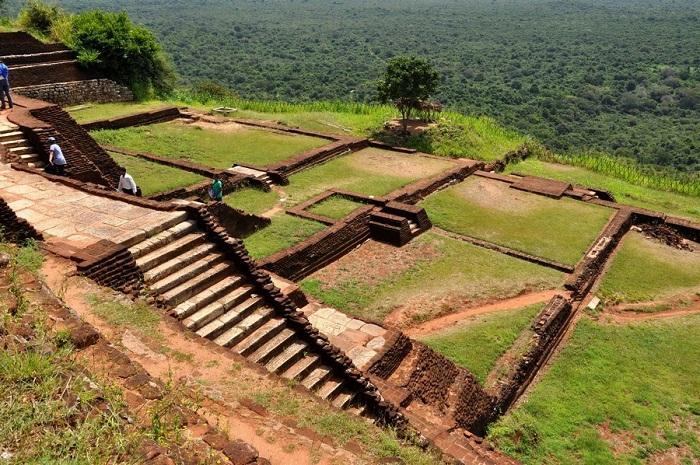 Explore the ancient palace on top of the rock. Photo via Travelycia

Carefully excavated ruins have been cleared and you can walk around admiring the sheer beauty of this historical site. 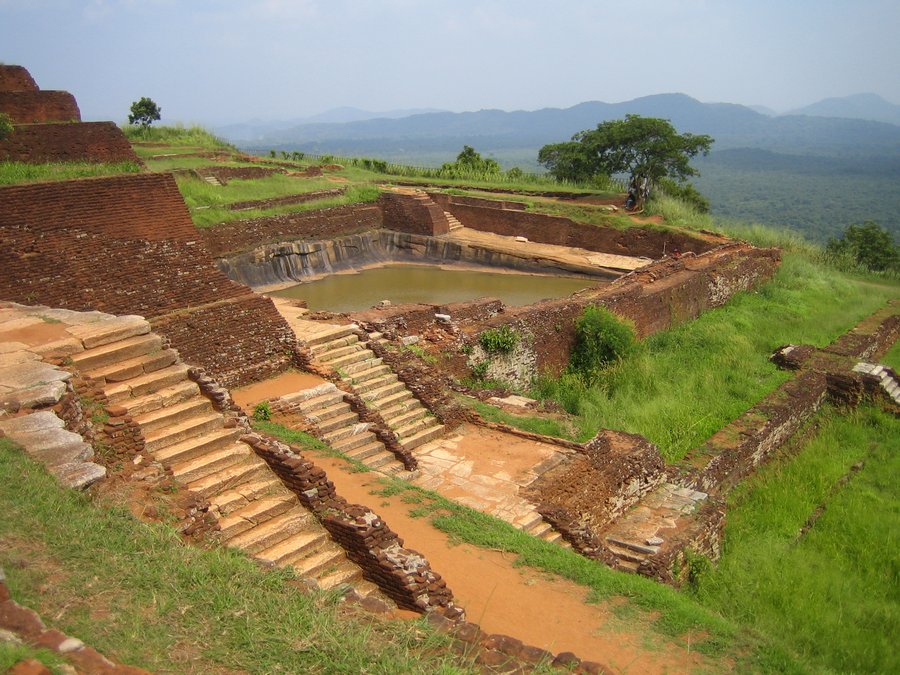 Another shot of the palace remains. Photo via Travelycia

On a clear day the place is magnificent and the views from the top stretch as far as eyes can see. 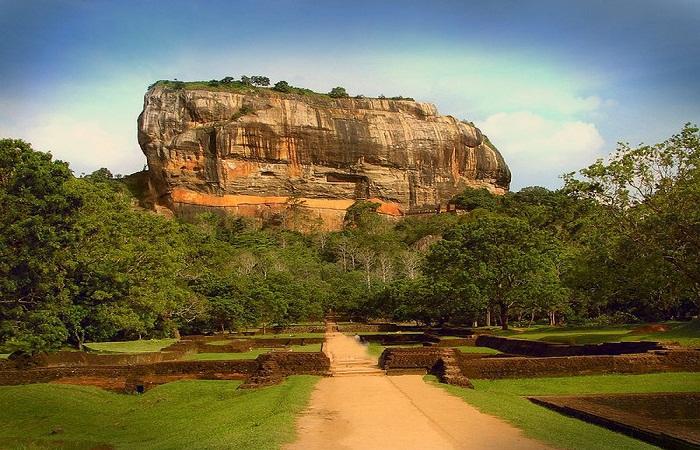 The path that leads into the rock. Photo via Travelycia