Where to find the most unusual food festivals in the world

Food is integrated into every country and almost every culture. Depending on where we go, we will encounter different tastes and dishes that will entice our taste buds or put us off food. Some are strange and some might raise your palate to another level. So here are a few of the most unusual food festivals in the world that celebrate what we all universally love, food.

The most unusual food festivals in the world 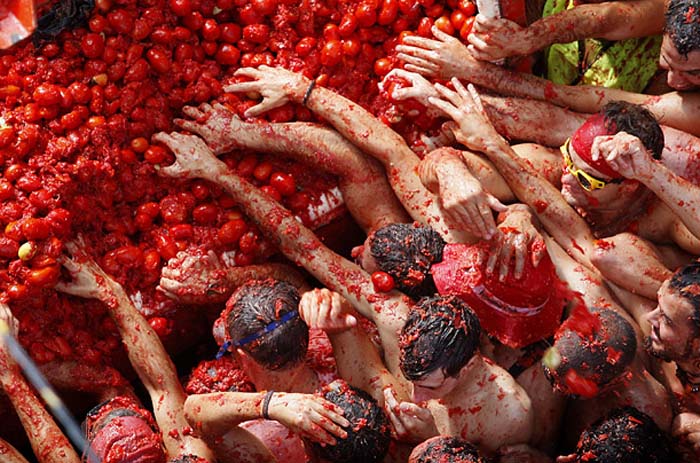 At the end of August each year the ultimate food fight happens, a fight beyond the dreams of every child. The La Tomatina festival is held in Bunol, a town in the Valencia region in Spain. As with every good food fight, no one really knows why this started, or even when. People say 1944 and others say 1945. As to why? Only god knows. 30,000 people are involved in this carnage of the brave tomato. After the cannon fires it is each man for himself. The best advice? Grab as many tomatoes as you can, squash and fire in every direction possible. There is more to this weeklong festival, music, dances and fireworks but you have to admit it, the hunger to go to this festival, is solely to fight…with tomatoes. 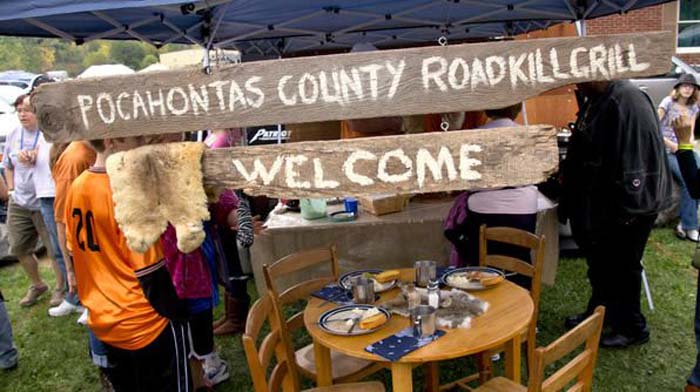 The next festival is one that will make the Beverly Hillbillies proud. The West Virginia Road Kill Cook Off have two rules for entering the contest. Rule one, the animal in question, at some point, had to been hit by a truck or car (we can practically hear Jamie Oliver drooling right now). The second rule, it cannot have been hit on the interstate highway, because that would be healthier for you. At least the trainers at the biggest loser would be happy! The grand prize if you win the cook out is a cool $1,000 cash prize.

The carnival at Vilanova i La Geltrú 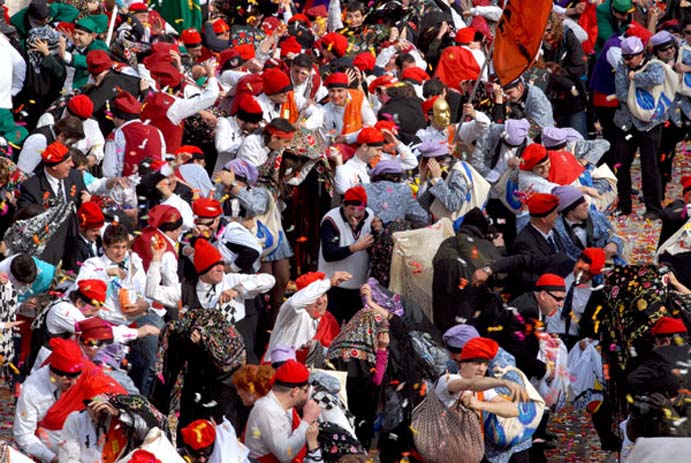 Halloween has nothing on this festival. Combining two things that we loved as a child and, what we have always wanted to do is a food fight, with candy. Yes with candy! Our mothers can stow away their nagging, this was inevitable after many years of food fights being interrupted, and being told to stop eating candy.  The carnival at Vilanova i La Geltrú is a two week festival that is held every February. The two weeks are filled with live music, costumes and food, but more importantly candy, and more candy. 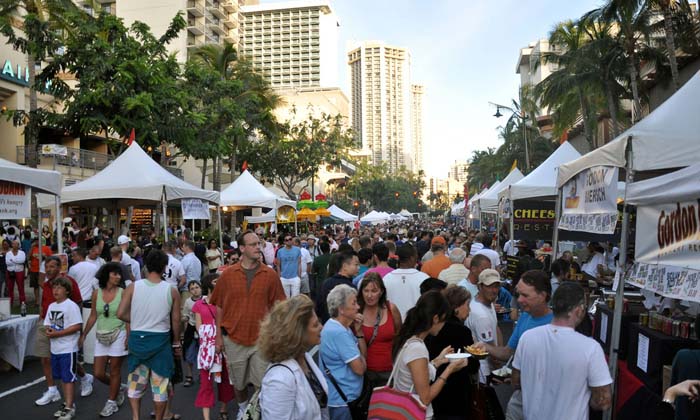 In 2002 the most magical event happened in the history of food. On the beautiful island of Waikiki, Hawaii this blissful food brought its people together to celebrate, in the form of a festival. Everyone is beyond happy when attending this event, they enjoyed the free entertainment and the food is phenomenal. And it was all because of spam.  The spam jam festival is a free event which 25,000 people had attended and enjoyed in 2013. Its family fun environment was created to raise money for charities.  Nothing says Waikiki than sitting on the beach, watching the stunning sunset, enjoying a delicious spam sandwich!!