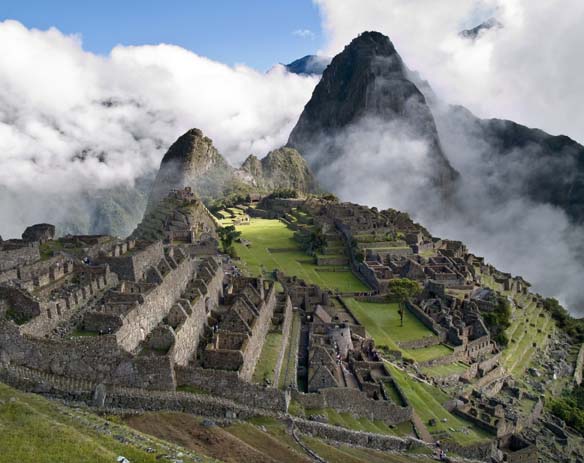 Fog rises over the lost city of Machu Picchu. Photo by Peru Tourism

Machu Picchu is known as being one of the best treks in the world. Found in the Cusco region, the ancient trail was laid by the Incas and twists its way through the mountains through three Andean passes, reaching a height of nearly 4200m.

There are numerous ways to experience the trail, from just a one-day trek for the beginner hiker to a multi-day hike along the Inca Trail from Cusco to Machu Picchu. The most spectacular way to reach this ancient Inca city is by completing the world-famous 4-day Inca Trail.

Hikers pass the beautiful historic ruins of Llactapaca on the first day, Runkurakay on the second, Sayakmarka and Wiñay Waina on the third, and then Intipunku. Hikers are finally rewarded for their grueling 4-day with a final climb to a hidden Machu Picchu, tucked in a step green valley with sharp mountain peeks on either side of it.  The views from the top of Wayna Picchu Mountain will stay with you forever.

This magical city is rich with history.  It was built in 1450, but abandoned 100 years later from invading Conquistador. It lay forgotten for over 300 years until a savvy archaeologist named Hiram Bingham excavated the buried city n 1911. 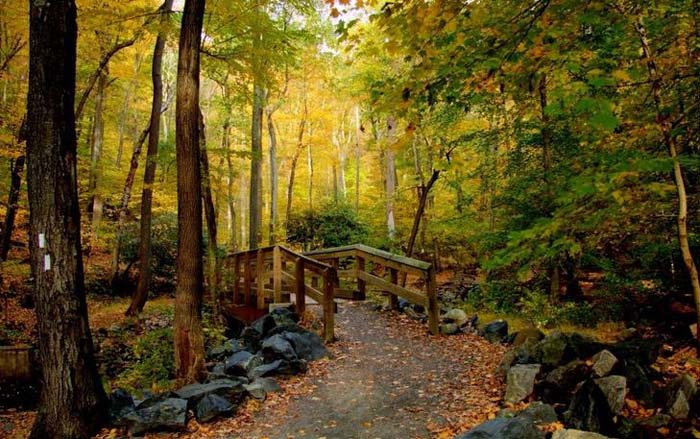 The Appalachian Trail stretches along the crests and valleys of the Appalachian mountain range from Georgia to Maine. It is 3505km long and passes through 12 states, making it the longest marked trail in the US. It was completed in 1937 and passes through six national parks and eight national forests. More than 6,000 volunteers help to maintain the trail and its 165,000 blazes — painted markers that show the way along the trail.

Virginia is home to the most miles of the trail but Maryland and West Virginia are the easiest states to hike. New Hampshire and Maine are the hardest. The total elevation gain of hiking the Appalachian Trail is equivalent to climbing Mount Everest 16 times.

Expect to see lots of wildlife

The trail is home to an impressive diversity of plants and animals. Black bears, moose, porcupines, snakes, woodpeckers, and salamanders are sighted often. Plants in the area include jack-in-the-pulpit, skunk cabbage, and flame azalea. 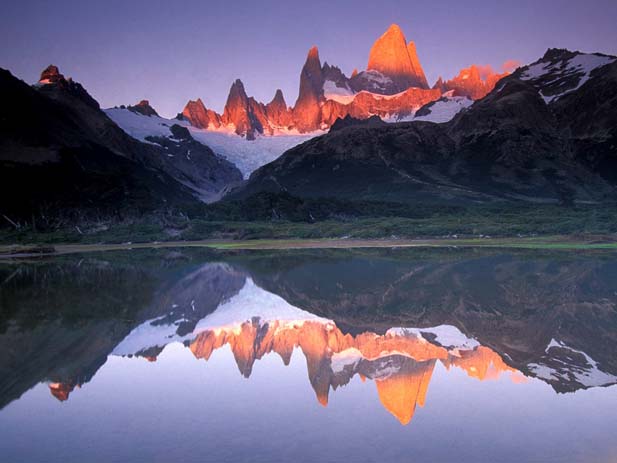 Patagonia is located in the southern part of the Andes and stretches through Torres del Paine National Park in Chile and Los Glaciares in Argentina. Patagonia’s pristine beauty is preserved in national parks that feature a wide-range of different landscapes, from jagged mountains to sweeping plains to freshwater lakes, and many wildlife species from Andean condors to guanacos and eagles. 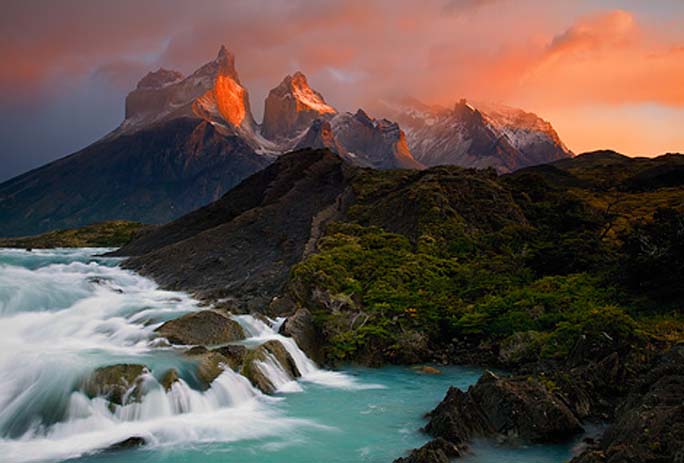 Since it’s such a large hiking destination, it provides opportunities for all types of hikers. The beauty is astounding, from the black-tipped ‘horns’ of Cuernos del Paine to the ice-clad pinnacles of Monte Fitz Roy, along turquoise-coloured lakes and the incandescent icebergs in Torres del Paine. Active glaciers are found in Los Glaciares, part of the third-largest ice cap in the world. 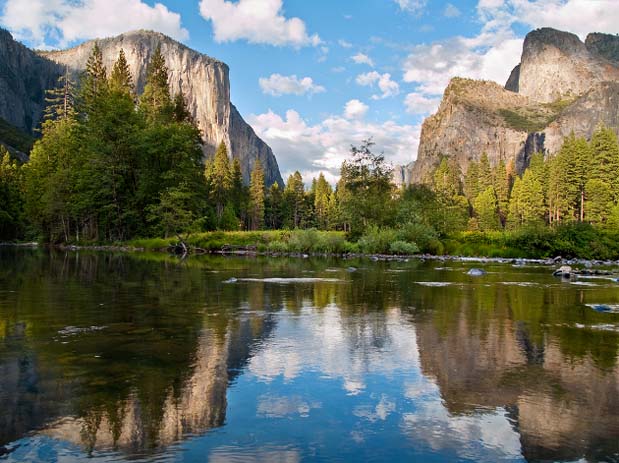 Yosemite National Park occupies 3027 square km and consists of 1287 km of hiking trails, ensuring that hikers will have a fulfilling experience wherever they hike. Among thick forests are glacier-formed mountains, lakes, rivers and no shortage of wildlife. More than 3.5 million people visit the park each year, and there are more than 15 000 backcountry permits are issued each year for overnight backpackers.

Out of all the national parks in North America, California’s Yosemite may win as the most almighty. There are more than one hundred lakes, plus waterfalls as tall as skyscrapers, mountains and even beaches. The splendor of the peaks of El Capitan and the magnificence of the sequoia trees are not to be missed. 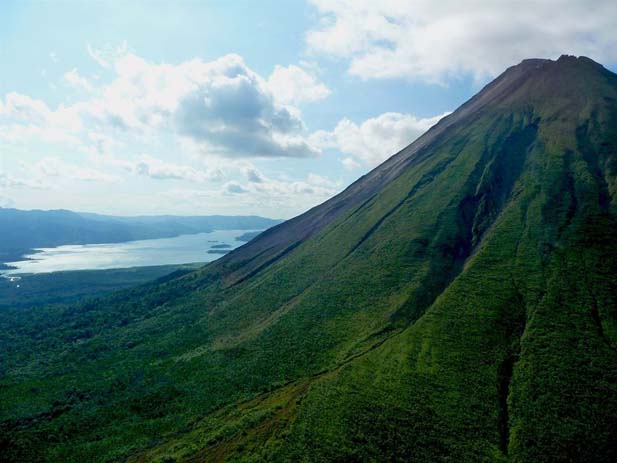 The Arenal Volcano National Park is located in the central part of Costa Rica and packs the country’s charm into one striking area. Amazing hiking, incredible views, abundant wildlife and the country’s most active volcano are all to be found in this National Park. The park lies within the 2,040 square kilometres Arenal Tilaran Conservation Area, protecting eight of Costa Rica’s 12 life zones and 16 protected reserves in the region between the Guanacaste and Tilarán mountain ranges, and including Lake Arenal.

Of the 850 total species of birds identified in Costa Rica, close to all of them, including the endangered resplendent quetzal, can be found inhabiting Arenal Volcano National Park. Moose, white-faced monkeys, jaguar, deer, coati, toucans and parrot snakes are also found within the area. 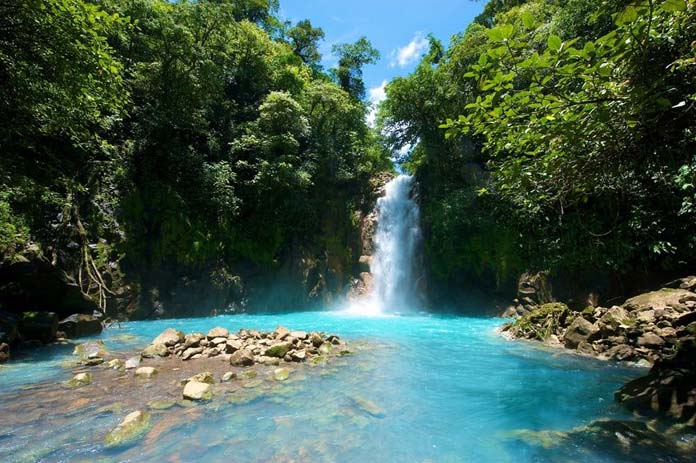 The active Arenal Volcano distinguishes this park from all the rest, and, while there aren’t hikes that go to the top of Arenal Volcano, there are many different trails for hikers of all levels that provide views of the famous Costa Rica volcano and the surrounding area. There are also hikes in the area that include zip lining canopy tours with views of beautiful waterfalls, such as La Fortuna Waterfall.