Whether you’re an adventurer, a thrill seeker, a photographer looking for that perfect shot, or just love to walk, Europe has a hiking trail for you. From the mountains, to the rivers, to the countryside, you’ll find this change of scenery an experience like no other. Below are 4 amazing hiking trails found throughout Europe, sure to make it onto your bucket list. 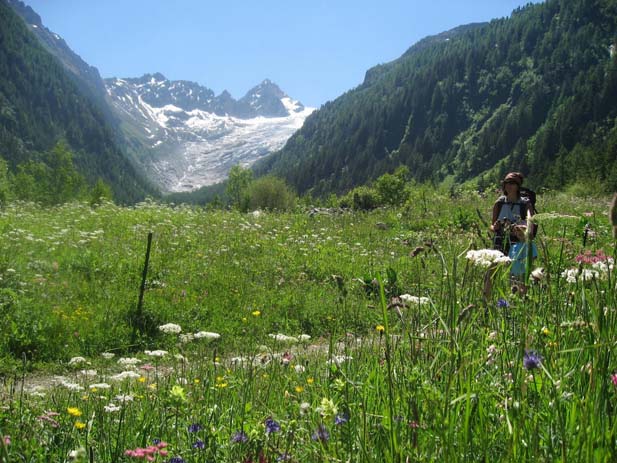 For those who want to combine adventure, fun, and fitness, look no further than the Walkers’ Haute Route. This extreme trek takes you from Mont Blanc to the Matterhorn, where hikers will undertake two weeks of strenuous trekking. The route crosses 11 passes and takes you under ten of the twelve highest peaks in the Alps, as well as over glaciers and snow-capped summits. It isn’t all cold however, with part of the trek taking you to alpine valleys, meadows covered in flowers, and beautiful villages. Travelers choosing to take part in this journey can expect to clock up more than 12 kilometres in ascents alone as they pass through both the French and Swiss Alps.

The best time to take the Walkers’ Haute Route is June/July when it is quiet, though during this time some areas can become icy and dangerous. Travelers can choose to stay in the various huts along the way or carry their own tent, though wild camping is not permitted on the French side. 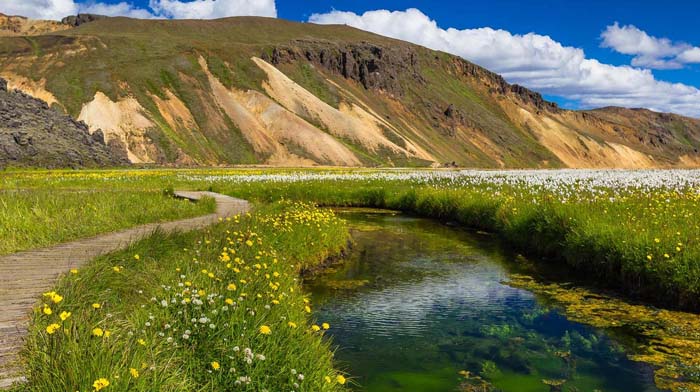 Landscape along the Laugavegur Trek, Iceland. Photo by letstravelsomewhere.com

Travelers choosing to complete this hike should be aware that they will be hiking 25 kilometres a day and climbing approximately 1200 metres. There is also 25% less oxygen in the air at those heights, so acclimatization will take some time. 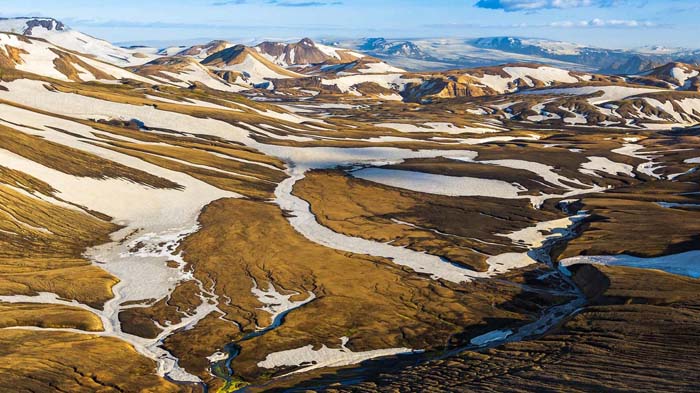 If the two week, strenuous Walkers’ Haute Route doesn’t sound welcoming, you may be after a one day hike consisting of beautiful scenery and relaxation. The Fire and Ice Trek in Iceland is just that. The trek begins at the foot of an old volcanic cone where travelers will hike past a series of amazing hot springs, to Reykjadalur where a number of warm nature baths are waiting for you.

The hike then leads to two waterfalls, Seljalandsfoss and Skógafoss, and then on to Eyjafjallajökull volcano. After exploring this magnificent and active volcano, hikers travel to the Sólheimajökull glacier where they can wander through ice sculptures, ridges, and deep crevasses.

The Fire and Ice Trek is suitable for the whole family, as the entire hike takes only 12 hours to complete. Tour groups depart frequently between June and October, though can be difficult in the colder winter months.

The Way of St. James via the French Way, Spain

Considered one of the best walking paths in Europe, the Way of St. James has been a trade route since ancient Roman times and a Christian pilgrimage since the Middle Ages. There are a number of ways to travel to the final destination, which is the cathedral of Santiago de Compostela in northern Spain. The most popular of these routes is the French Way, which takes travelers across the Pyrenees into the heart of the Galician countryside and through cities such as León and Pamplona.

The French Way has been declared a UNESCO World Heritage Site, which means it has been well maintained. The path is a long one and stretches 780 kilometres, meaning you need to allow a month for this trip. Due to its length, many people choose to take the shorter route from Sarria to Santiago, stretching 111 kilometres.

The best time to undertake this journey is spring or autumn when the weather is cooler and the crowds are lighter. Travellers often cover 25 kilometres a day, though the route is well serviced. If walking through the night, remember to look up at the sky, as the route parallels the path of the Milky Way.

This five day hike through the Lake Garda area takes you to the southernmost out throw of the Italian Dolomites. Unlike some other hiking trails, Via Ferrata has a number of various trails catered to different ability levels. Nonetheless, all these trails will take you to staggering heights and require you to be more adventurous than most. The hike also requires travellers to wear a helmet and harness to make their way across terrifying drops. Venture over deep gorges and fine ridges, all while clipped into cables to protect you. On some of the easier routes, a lot is done by simply hanging onto the rock holds. 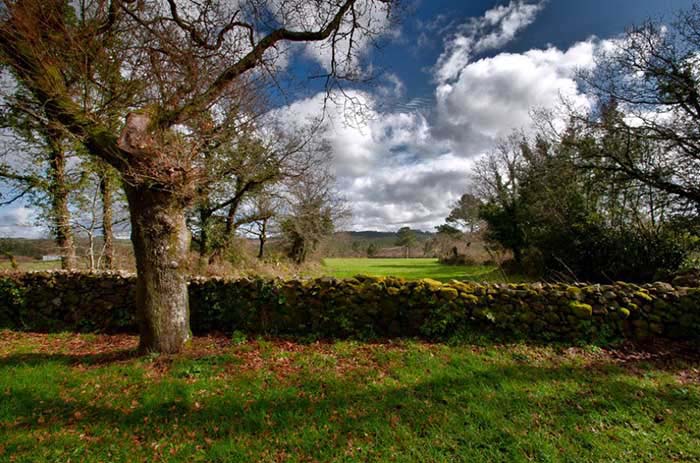 Meanwhile, the more difficult routes will allow you to follow a series of metal rungs drilled into the rock – the same ones used by the Italian allies in World War I. 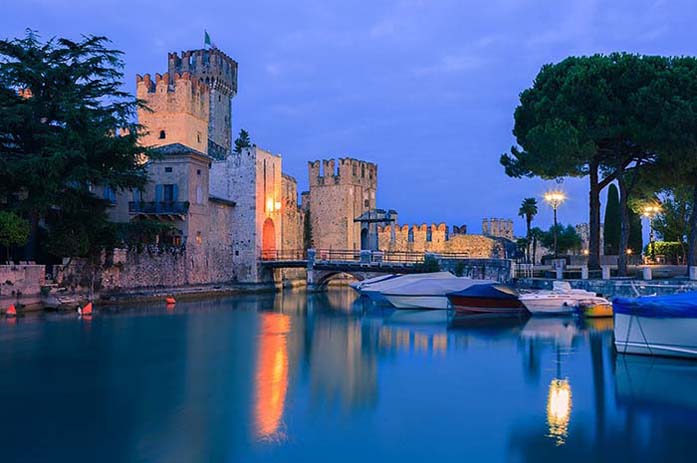 If you’re finished with trekking for the day, Lake Grada provides a number of water sports such as windsurfing, catamaran sailing, and kite surfing, so the warmer months around December to February are recommended.