Budget sleeping alternatives: Ever thought of camping in the trees?

Camping has always been for the adventurous, those willing to leave behind the comfort of their home and take to the great outdoors. Still, the novelty of camping can wear off quickly and become boring. That image can change however, as a new craze has campers and non-campers alike excited. Tree camping, meaning a tent dangling from a tree, is truly for the thrill-seekers. Just make sure you’re not scared of heights, because the really amazing views are at the top of the trees. 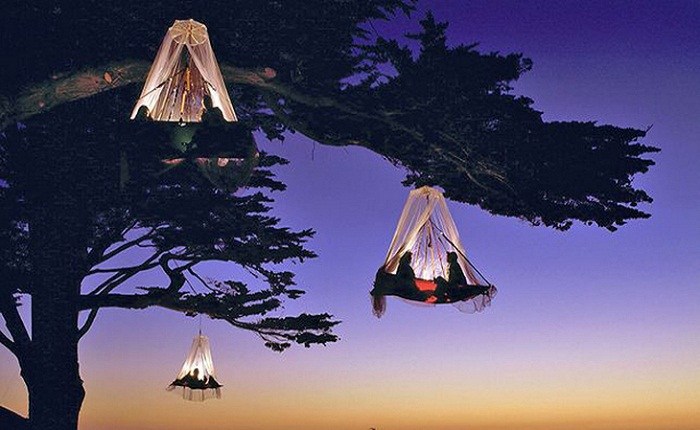 What you need to know

Officially called the ‘portaledge’,campers sleep in a tent suspended high off the ground. These were originally designed for rock climbers who needed some sleep on multiple day climbs. The portaledge is made up of a fabric covered tent encased by a metal frame and suspended from a single point. Campers can also use adjustable suspension ropes to allow the tent to be raised higher or lower. However, this design has been adapted on the California coast to include only a mosquito net surrounding the peaked sides to give campers a full 360 degree view of the area.

Tree camping in Elk, California, truly gives campers an experience like no other. Enjoy stunning panoramic views of nature at its best from the comfort of your suspended tent. To enjoy the experience to its fullest, be sure to pick the highest branch of your tree and take in the breathtaking views, especially at sunrise and sunset.
Tree camping has become so popular that it has spread to other parts of the world, including Japan and parts of Europe and Africa. The activity really can be enjoyed anywhere in the world, provided you have a camping ground with trees sturdy enough to support the weight. The Waldseilgarten Mountain Resort in Bavaria, Germany, has even taken it a step further. They offer “extreme camping” where guests can stay in a tent hanging nearly 2 kilometres above the ground off the edge of a cliff. Of course, campers are trained in how to ascend and descend the cliff, and anything else they need for their stay. 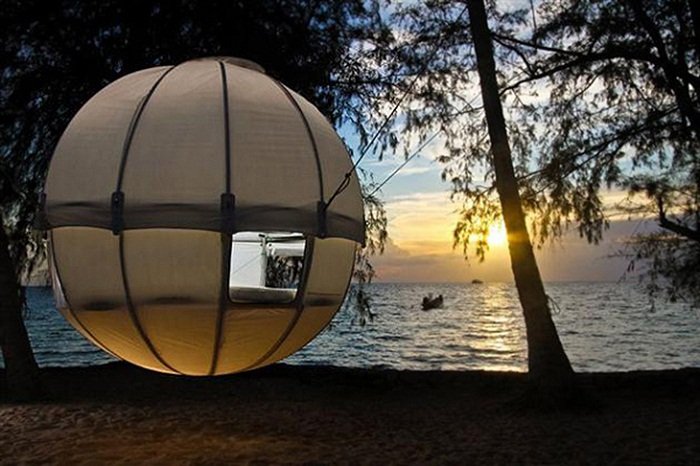 The commercial version of tree camping is much more luxurious. Photo by enpundit

The ‘Treeboat bed’ is the best way of camping in the trees. It comes with a mosquito net, blankets, and a pillow, and is designed specifically to be hung. Tents can also be used, but can be pricey, so it may be easier to rent one for the night. Campers will also need the correct equipment for actually suspending the tent, and a branch that will support the weight of those wishing to stay in it. Setting up the tent can also be difficult, especially if you aren’t an experienced rock climber. However, camping stores will usually provide all the necessary equipment to get you started. It is important to note that this kind of camping isn’t offered by companies, and instead must be arranged by those wishing to partake.