Travellers’ guide on how to hitch hike around Europe

Hitch hiking is commonly known as an unsafe and unrealistic method of travelling. Pop culture and pulp fiction have taught us travelers to be weary of hitch hikers, to avoid hitch hiking; but why? Many people deem it a safety hazard, but what hitch hiking really comes down to is common sense. Europe is actually a great place to hitch hike; and given you have common sense and street awareness, you too can travel A LOT cheaper by hitch hiking from one country to the next.

How to hitch hike around Europe: Safety tips to consider 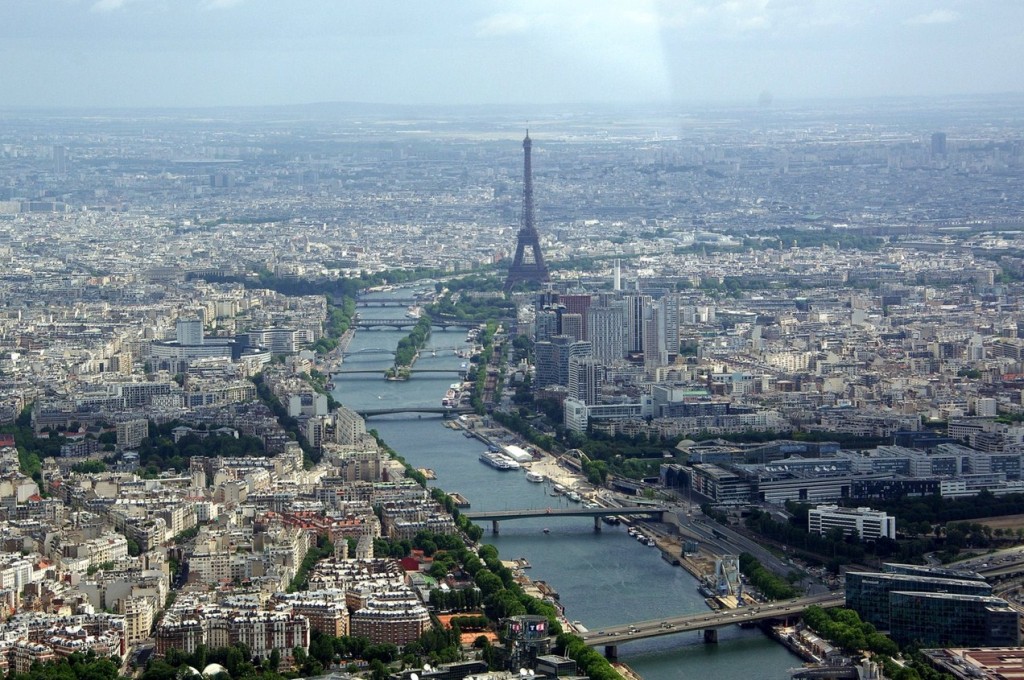 Crossing the channel into Paris. Photo by taxi-paris-reservation.fr

It’s all about planning. People often say that backpacking or hitch hiking is an unplanned event; you travel where the driver goes, but that’s not actually the case. It’s always a great idea to plan a loose route. The best way to do this is by making a list of all of the countries you want to go to, print out a map and draw a line through the countries/cities you want to pass. When it comes time to ask people for free rides, at least you have a general direction that you want to travel in – and it also gives you the freedom to reject rides if you get a negative vibe from people.

Always be aware of your surroundings. Know where you are and make friends along the way. Keep in contact with your family back home, even if it’s just through status updates on Facebook. Purchase a SIM card that allows international data roaming, and use the GPS on your phone. Download maps, street names and a list of hostels in the area you are travelling. And don’t forget that it’s okay to say no to people if you aren’t comfortable. 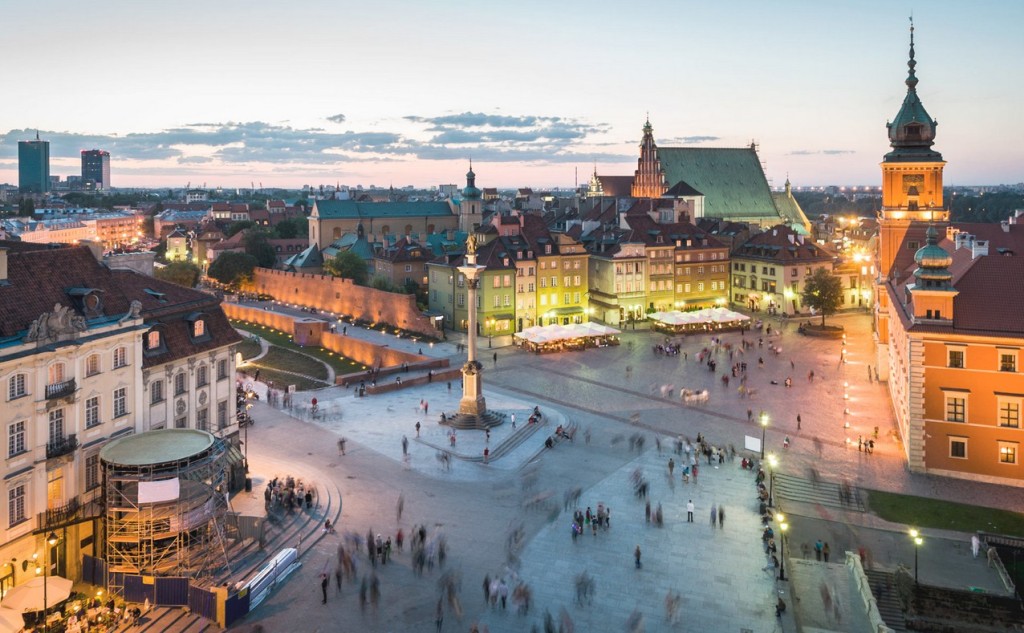 You could then head north towards Warsaw. Photo by krakowshuttle.com

Avoid highways and motorways. In a lot of countries it’s illegal to hitch hike from highways and motorways so it’s best to avoid these roads. Stick to streets that lead up to the highways and don’t ever hitch hike on the road or in a dangerous area where you cannot be seen. Hitch hiking in the dark is also not recommended; not only is it harder for you to be seen to be picked up, but there is less traffic and darkness runs risks of accidents occurring.

If you are traveling with friends, always ensure that each group member is comfortable with accepting certain lifts. It’s not a good idea to take risks if everybody isn’t entirely happy with the idea. The most important thing to remember is to use your gut instinct. If you feel like something is wrong, there may be something wrong and so the risk isn’t worth it. If you miss a lift or get stuck in an obscure place, buses travel through smaller cities at all times of the night and you can make alternate travel plans.

MORE: HOW TO FIND THE BEST TRAVEL DEALS

How to hitchhike properly 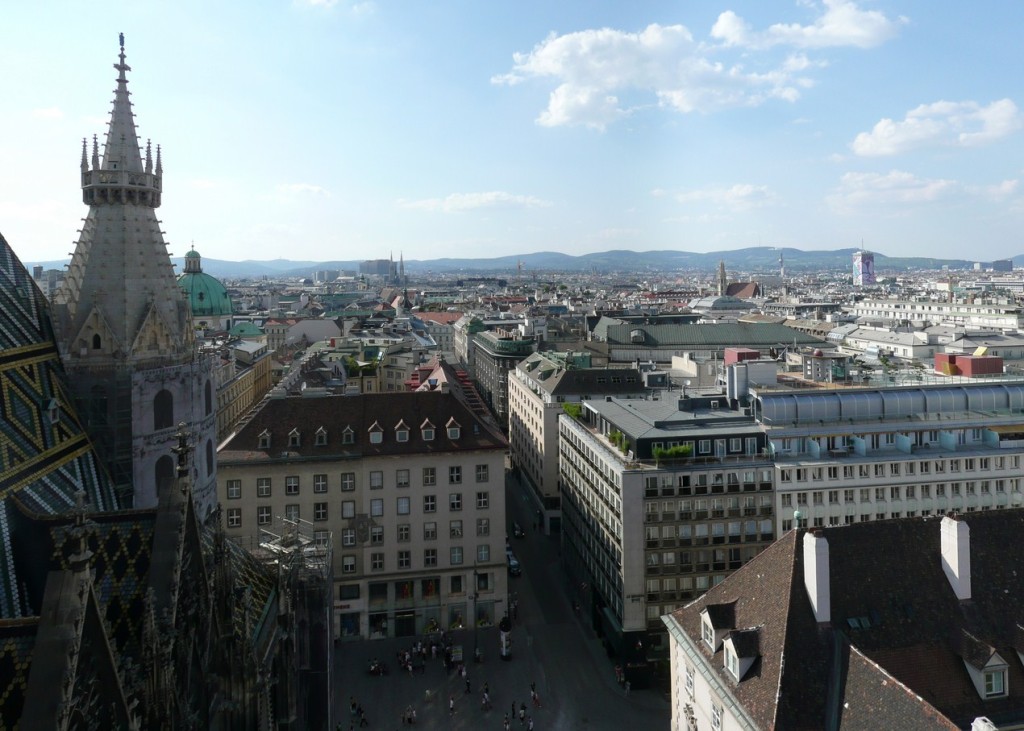 Or perhaps south towards Vienna. Photo by wikimedia.org

Despite what many people think, hitch hiking is more than just sticking out your thumb and hoping for the best. Yes, hitch hiking is purely based on chance – some days you will have 10 people offering you lifts, other days you may barely get one. The best way to get the attention of drivers is by using cardboard.

Before your trip be sure to purchase coloured markers – ones that will last! Don’t buy cheap ones that will dry out, especially if your trip will be a long one. Cardboard can be found anywhere – and really it is your saving grace, your ticket to just about anywhere. The best place to go for cardboard are restaurants, cafes and street stalls as they often throw out the boxes their goods come in. Most people will give the boxes and sheet cardboard away for free, but it’s always better to purchase something out of courtesy. Plus, you’ll need somewhere to sit whilst you write out your next destination on your cardboard.

Write alternative spellings of places. For example, in English it’s Prague, but write out ‘Prag’ and ‘Praha’ too – the German and Czech spelling, as those are the most common readings. Spell out your destination in big, bulky letters that can be seen from a distance and give it some colour – outline it in red or green and make it stand out!

What to expect on the lonely road 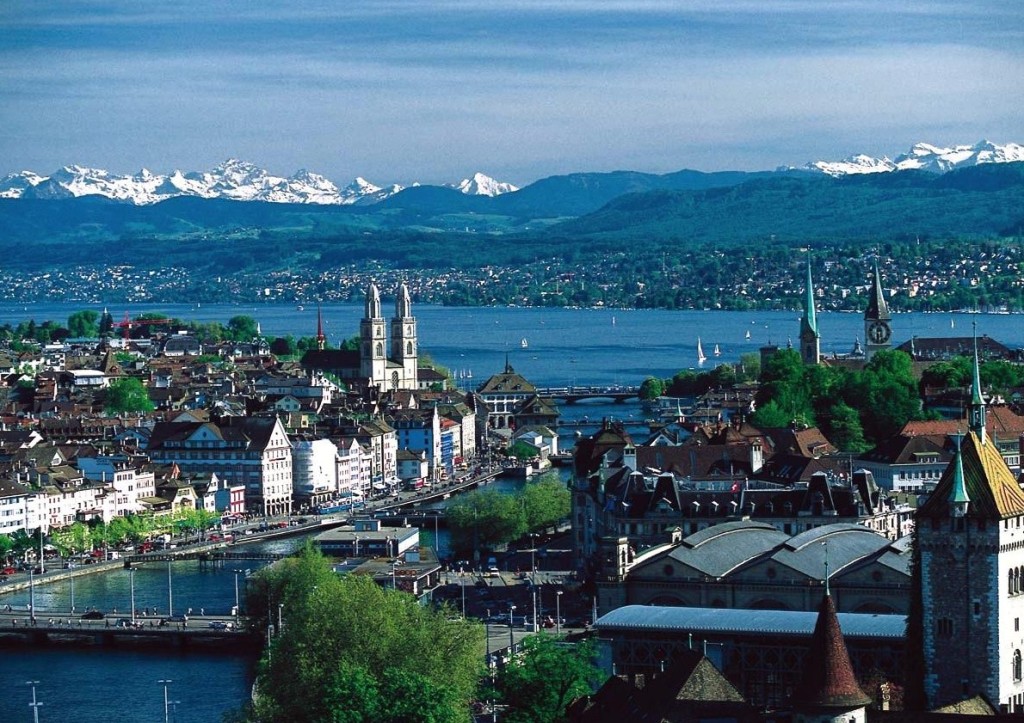 Zurich is another must see destination. Photo by swissinwhales.org

The best place to stand and wait for your lift is close to an intersection or turn off bay. Bus stops and taxi rinks are great too, because it gives drivers a place to slow down and gives you a chance to negotiate your travels. Always stand on a footpath or sidewalk, never on the road. Cars can see you from the sidewalk; you don’t need to stand in their way. Make sure that if you see a car slow down or indicate to pull over to you, you are vigilant in your approach. Often stops are short – as bus zones and taxi ranks are no stopping zones, standing only.

Always negotiate with your driver. Ask them where they are going and know where you want to go. If a driver says they can take you half way, then that’s great news – you’re half way there. Don’t be disappointed if one driver can’t take you the whole way. In most cases you’ll need a lot more than one driver to get you to your final destination for the night.

The train system in Germany is arguably one of the best in the world, and in many cases you can hitch hike a train. Keep in mind they only normally let people on for charity organized hitch hiking, but you can always try! ALWAYS speak to a conductor first – he’ll be the person on the platform preparing the train for departure – and ask him for permission. In Germany, they are very serious about checking tickets on distance trains; and if you have not previously gained the permission of the conductor, you can be fined up to two to three hundred Euros.

A lot of trams run through major cities are also great for free travel – it’s not encouraged, but merely an observation that you can, in most cases, travel without being hassled for not having a ticket. Prague is particularly great for this, especially if you are travelling to the train station or into the city from a hostel outside of the tourist hub. Just jump onto one of the stops and depart, no ticket needed. Just be warned that every so often, there are ticket inspectors!

Tips that may help you along the way 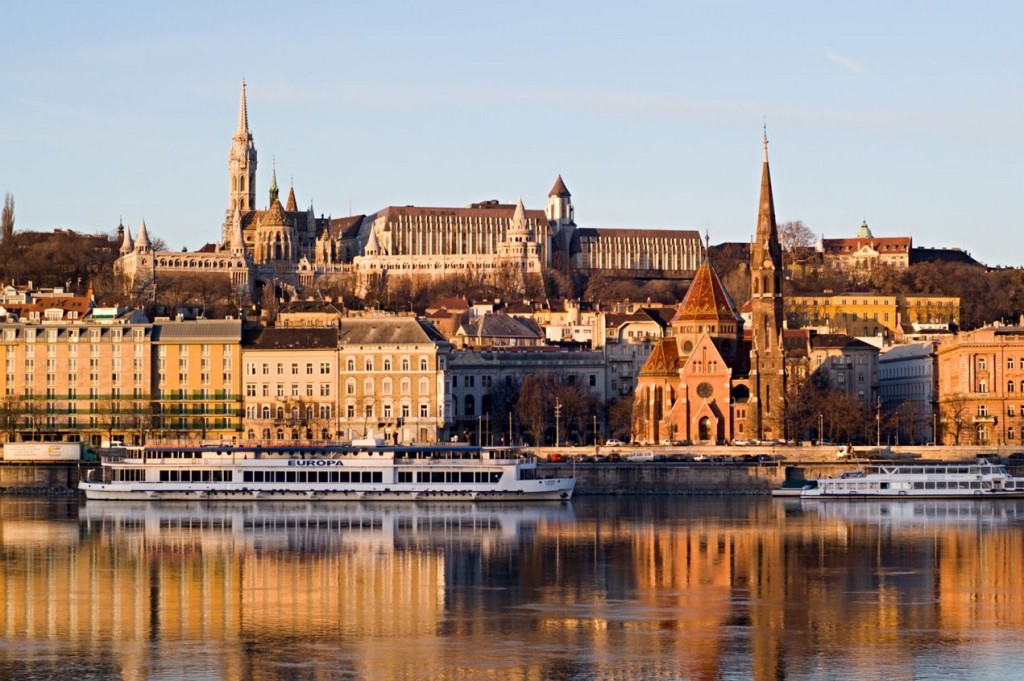 Budapest is the ideal finishing point for your journey. Photo by aktivtours.hu

ALWAYS KEEP YOUR PASSPORT ON YOU! It is valuable, and because you are travelling around, it becomes more difficult to go to an embassy. Treat passports like wads and wads of cash. They are what get you home, they are what identifies you and there are chances of it being stolen. Don’t ever leave it in hostels, hotels or cars. The same goes for credit cards, debit cards, visas and cash. These are your valuables and you are travelling with people you do not know, be wise about it.

Do save your money by couch surfing. Loads of people offer couch surfing as an alternative to staying in a hostel, and there are official websites where you can search for couch surfing opportunities and read the reviews that previous people have given. You save heaps of money by giving in to the generosity of other people. However, it’s important that you remember to be respectful of others’ belongings and surroundings.

Eat all the food and drink all of the beer. Europe has an amazing array of unique delicacies that range from country to country. Be brave and try each one; particularly the spectacular dark ale in the Czech Republic, French fine cuisine and red wine and Polish bread dumplings. Yum!

Do pack lightly. You will be travelling in other peoples’ vehicles – often with friends, so attempting to fit three people, plus three oversize bags into a car isn’t exactly a great idea and it limits your chances of hitching rides. A backpack or rucksack is enough – and if you still have items you deem necessary, put them in plastic bags and tie them to the side of the backpack. Invest in a small, lightweight sleeping bag and tie it to the bottom or side of your backpack – you never know when you may need to sleep in a bus or train station.

Always be mindful of using your manners. Say thank you, and please – and attempt at doing it in native language. It’s important to remember to be kind after someone has shown you kindness. Locals love when they are approached in their own language, so brownie points for those who learn to say hello, good bye and excuse me in several languages. Germans are especially pleased with tourists who greet and thank them in native tongue. Danke schoen!