When someone says the words Mardi Gras it is generally associated with a gigantic street party – which is exactly right. Mardi Gras has become an iconic carnival now celebrated in many countries around the world. This is a guide on celebrating Mardi Gras in New Orleans what to expect at this incredible celebration in New Orleans, Louisiana, in the United States.

Guide on celebrating Mardi Gras in New Orleans: What is Mardi Gras? 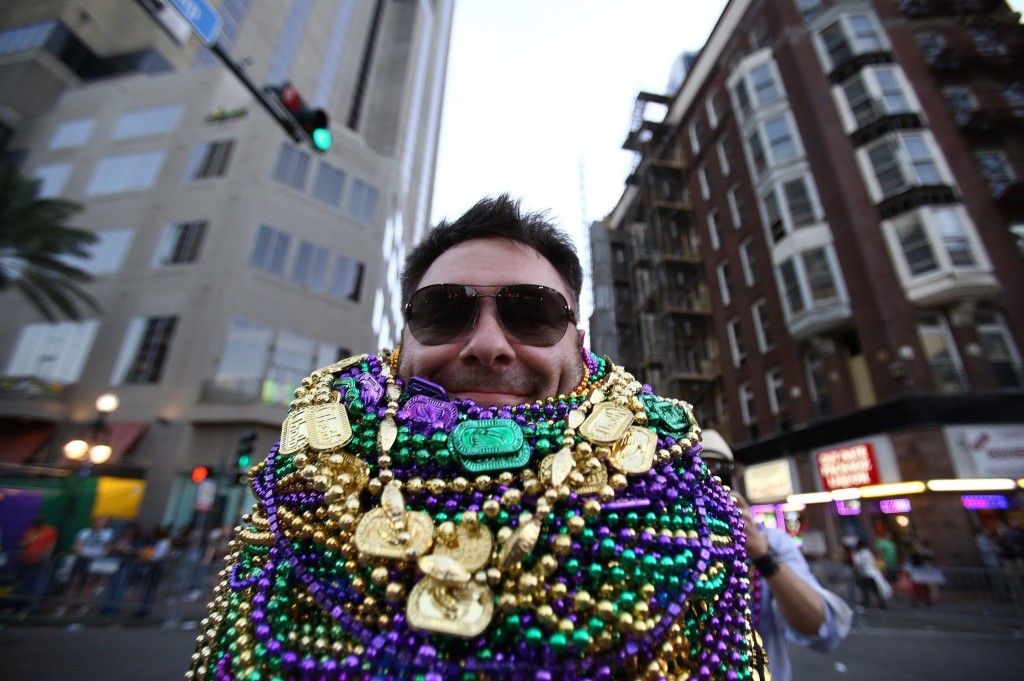 The aim is to catch as many throws as possible during the parades. Photo by trbimg.com

The festival is rooted in the ancient European Carnival traditions. It marks the final celebrations before the period of fasting during Lent in the Roman Catholic Religion, although New Orleans Carnival is enjoyed by people of any belief.

“Mardi Gras” specifically refers to the Tuesday before lent, the highlight of the season, but the term is also used for the whole carnival season. Usually part of the winter social season, celebrations go on for about two weeks. Usually there is one major parade each day of the carnival season.

The New Orleans Carnival season is a variation of the traditional manner of preparing for the start of the Catholic season of Lent. It starts after Twelfth Night, on January 6, and is a season of parades, balls, and king cake parties.

MORE: 10 OF THE BEST FESTIVALS YOU SHOULD TRY TO VISIT

After spotty earlier festivities, parades roll most nights starting two weekends before Mardi Gras. Things kick into high gear the weekend before Mardi Gras, when the population of New Orleans more than doubles, meaning travellers will need to book a room well in advance.

The largest and most elaborate parades take place the last five days of the season. In the final week of Carnival, many events large and small occur throughout New Orleans and surrounding communities.

There’s an all day party along the riverfront downtown on Lundi Gras (“Fat Monday”, the day before Mardi Gras) followed by more parades that evening, and just when you think things couldn’t get more wild, the climax of Mardi Gras takes Carnival to an entirely new level.

Wearing a mask or costume on Mardi Gras Day is highly recommended by Mardi Gras veterans; one becomes part of the party, rather than just watching it. Veterans also start the party on Mardi Gras morning, even if you aren’t usually a morning person. Mardi Gras officially ends promptly at midnight Tuesday.

The next day is Ash Wednesday (nicknamed locally “Trash Wednesday” from the debris left in the streets from the parties), the start of Lent. Wearing Mardi Gras beads during Lent will mark you as a tourist, so it’s time to take them off.

The Parades are a major part of Mardi Gras 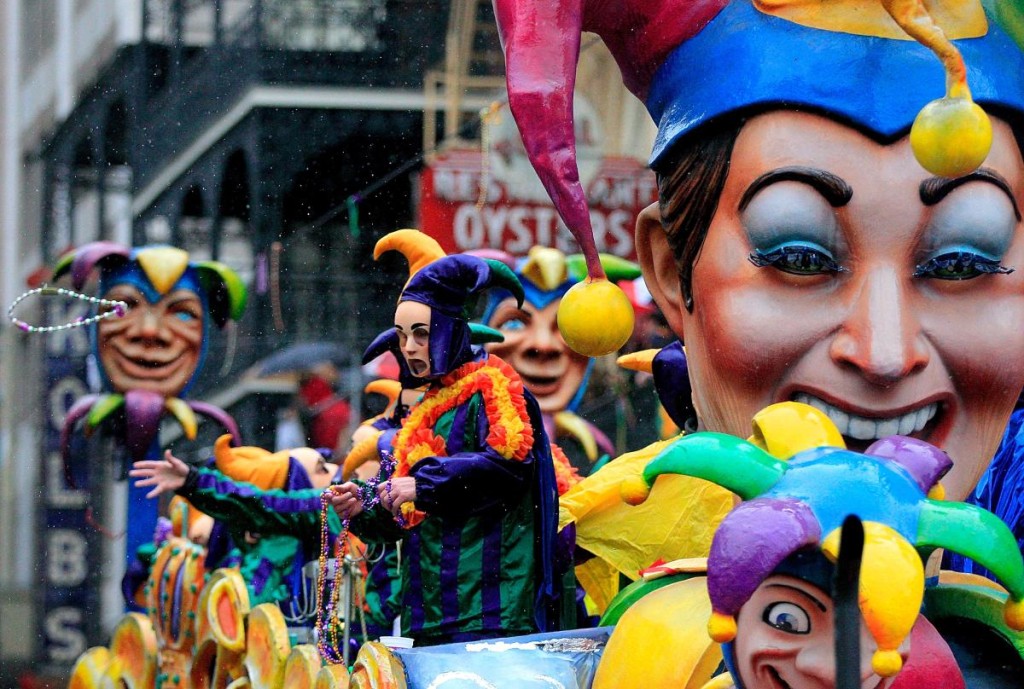 Mardi Gras parades are a big attraction. The parades are put on by private organizations known as “krewe”s, and they do not receive any government or corporate sponsorship.

Watching a parade in New Orleans is a participatory party; crowds dance to the music of the bands and clamor for “throws”. Throws are the trinkets thrown from krewe members on the floats to the crowd, including plastic beads and cups, often decorated with the emblem of the krewe.

Pick up the Mardi Gras Guide magazine, or consult the newspapers for parade schedules and routes. Note that many of the smaller parades, marching krewes, and neighborhood pageants are usually not listed in these schedules.

The majority of the parades follow a standard route, starting Uptown at Napoleon Avenue and going down St. Charles Avenue to the Central Business District then on to Canal Street at the upper border of the French Quarter. 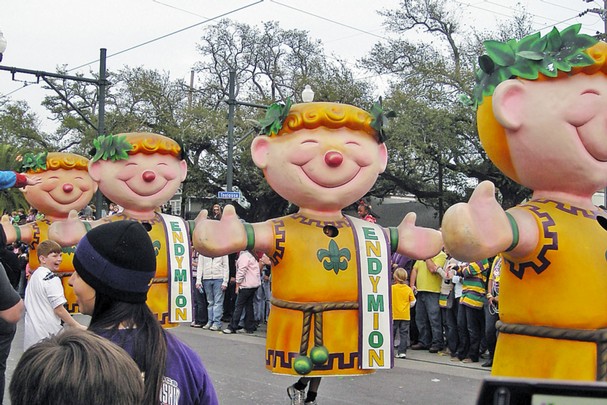 These cheerful characters head up the Endymion parade. Photo by Clayton Hensley

The Saturday night before Mardi Gras. An exception to the standard Uptown route, Endymion starts in Mid City and travels along Canal Street to the Central Business District, traveling St. Charles only the sort distance up to Lee Circle in the opposite direction from the other parades. Endymion 2008 is the first parade to return to the Mid City route since Katrina. 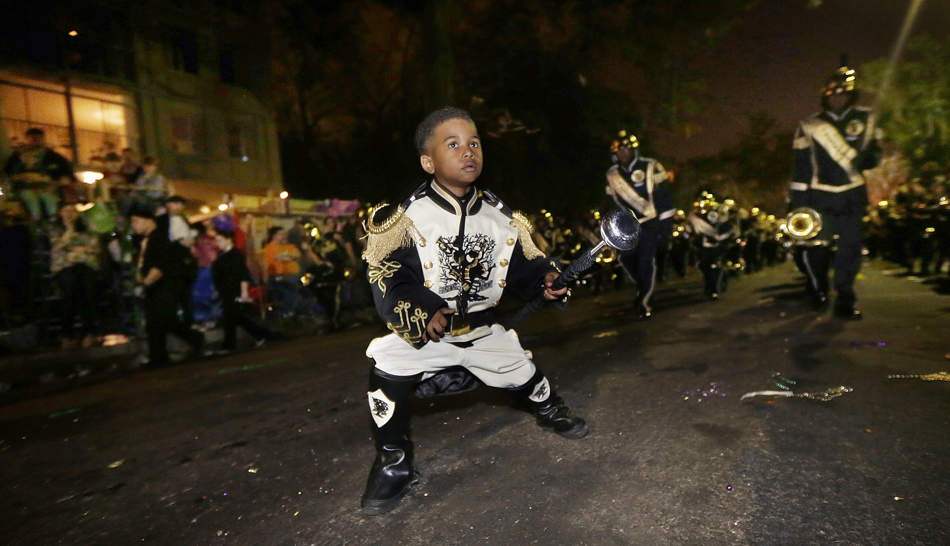 A 6-year-old performs as a drum major with the Roots of Music marching band during the Krewe of Bacchus Mardi Gras parade. Photo by Gerald Herbert

The Sunday night before Mardi Gras. Krewe of Bacchus features national celebrity monarchs each year, and draws hundreds of thousands of visitors. 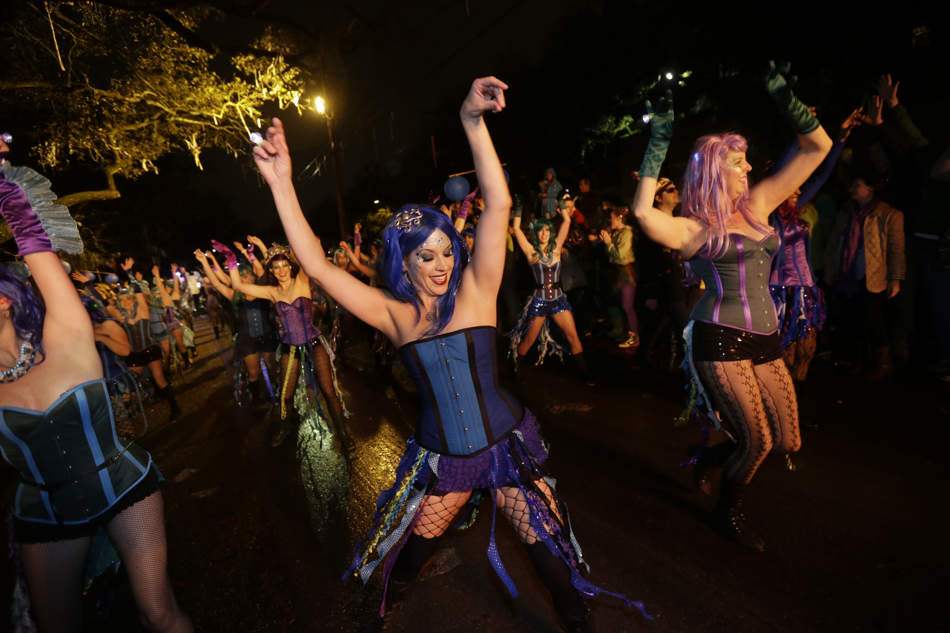 Members of the Mardi Gras dance group The Sirens perform during the Krewe of Orpheus Mardi Gras parade. Photo by Gerald Herbert 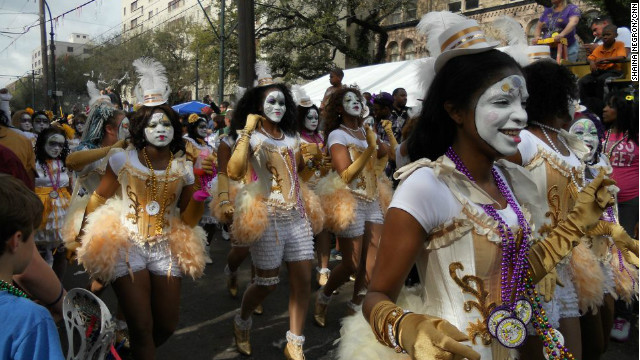 On Mardi Gras morning. The Zulu Social Aid & Pleasure Club parade is well-known for its interesting history as it originated over 100 years ago as an African-American organization satirizing the White krewes during the era of racial segregation. 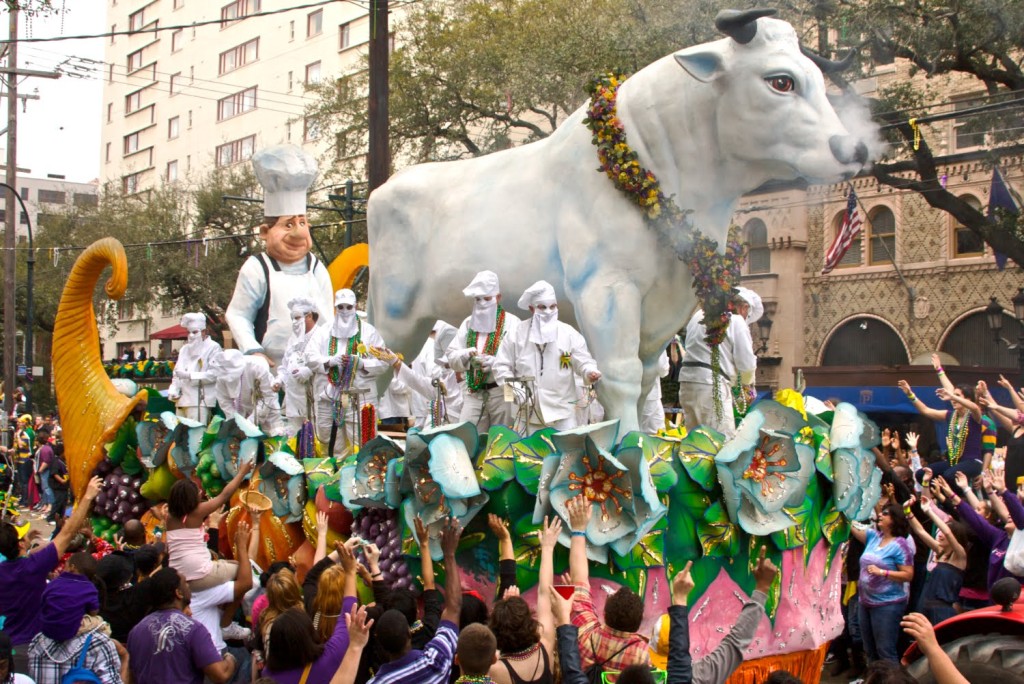 On Mardi Gras morning. Founded in 1872, “Rex…King of Carnival” has been the international symbol of New Orleans Mardi Gras since the first krewe appeared. Rex was the first krewe to hold an organized daytime Parade and remains the main event parade of Mardi Gras. 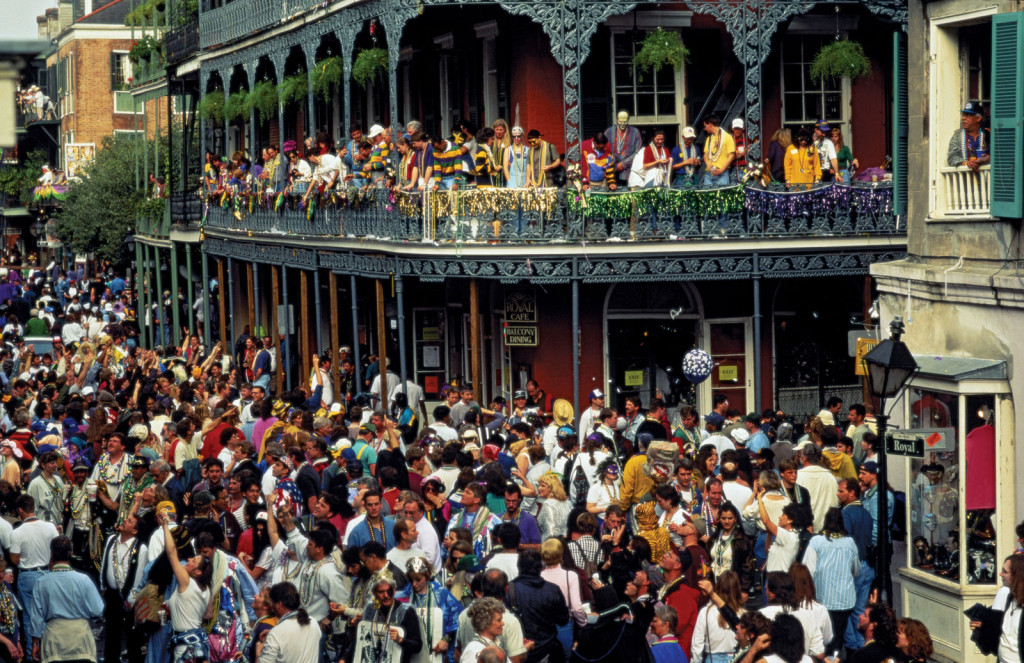 Thousands gather for the Mardi Gras parade. Photo by students.lsu.edu

It is important to take precautions when taking part in the festivities at Mardi Gras. The large crowds mean people can get separated from friends, so always make sure you keep your buddies close during the parades and parties, and keep your passport and other important possessions locked in your room.

Exposing body parts, or “flashing”, in an effort to catch more beads or throws, is frowned upon by the police department and can be grounds for a ticket or an arrest. Though it is a growing trend, this practice mostly only takes place on and around Bourbon Street in the French Quarter.

For travellers who are more interested in seeing the parades than getting drunk, the Uptown and Mid-City parade routes are family friendly gatherings for citizens of all ages to enjoy the parades.