How to make the most of Carnival in Brazil 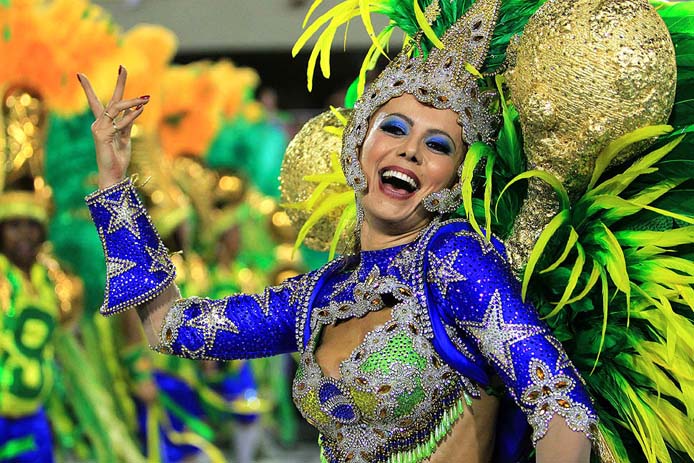 The Carnival in Brazil as we know it today is believed to have originated during the European dominated era. Before the start of Lent, which is a period of abstinence from alcohol and other sins followers of the Roman Catholic Church would celebrate this last day of dance, fun, alcohol, and sex at carnival. Back then, people would exchange clothes and indulge in wild dancing, and it also sometimes coincided with exchange of slaves.

Carnivals are celebrated in many countries but the one in Brazil is most famous. Different cities of Brazil have their own way of celebrating this week long festival of revelry and fun. However, the most famous carnival is that of Rio De Janeiro. Carnival is held held during the Friday to the Tuesday before Ash Wednesday in February.

Thousands of people throng the Sambodromo stadium in the city. Often wearing masks and colorful costumes, they dance to the beats of drums and music, Samba being the most prevalent form of dancing there.

How to plan the best trip to Rio Carnival 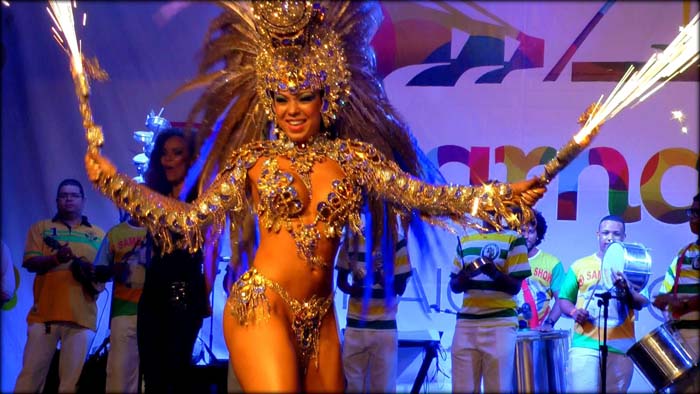 The show of a lifetime. Photo by ytimg.com

Prepare a costume for the carnival, pack light, and make sure accommodation is sorted way in advance of visiting Rio. Tickets to the carnival can be brought before departure to make for a smoother journey.

Although Carnival is celebrated in towns and villages throughout Brazil and other Catholic countries, Rio de Janeiro has long been regarded as the Carnival Capital of the World.

The Rio Carnival is not only the biggest Carnival, it has also a benchmark against which every other carnival is compared and one of the most interesting artistic events on the Globe. Almost everyone has heard of the Rio Carnaval, and foreign visitors to it alone number around 500,000 every year. 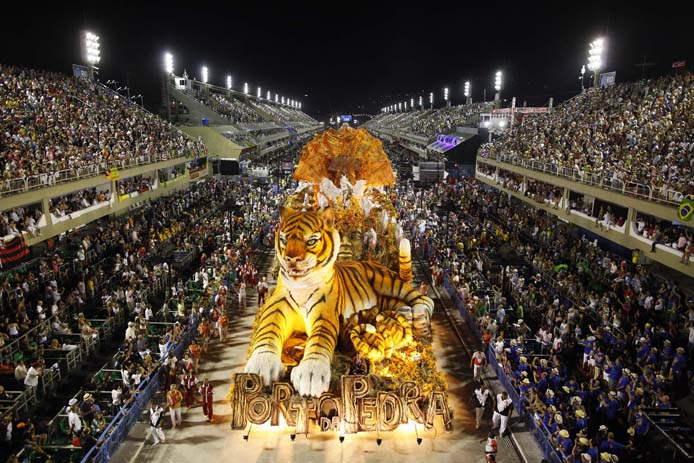 This means travellers to Rio for the Carnival should be prepared for massive crowds of people. Be prepared to wait in line for drinks and food and enjoy the busy nature of this city around carnaval time. Also prepare to spend more money than usual in Brazil around this time, as prices crank high to meet demand.

The parades that take place in the Sambadrome are the classic Rio Carnival way to experience the dance, but ticket prices can get expensive. Some savvy Carnival attendees forgo the Sambadrome festivities altogether and explore the neighborhood street parties and samba performances at bloco parades, which are like block parties, that occur throughout Rio de Janeiro. 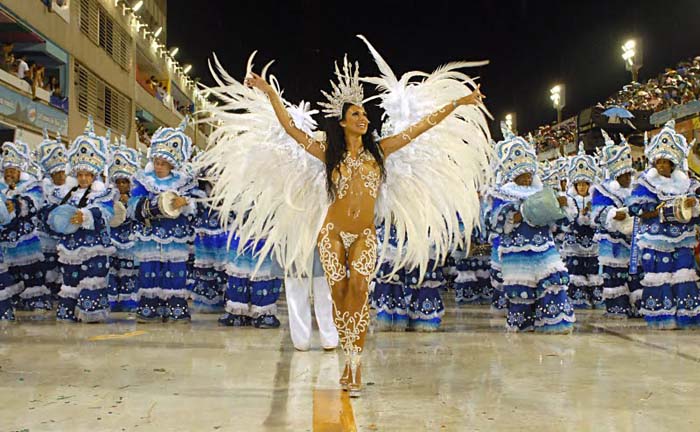 Although there’s a lot of police during carnival, travellers may also want to take a few precautions to ensure their safety and health. Reduce the chances of becoming a victim by following these six simple steps:

1. Keep your company close. Some people may prefer travelling alone, but this carnival is huge and Rio can be a dangerous place. While travellers could never feel lonely in such a large carnival, it is always a good idea to go with a friend and have someone to enjoy the carnival with and help with safety.

2. Secure the room. Ensure the room is properly locked and secured before leaving. It also might help to look for accommodation which offers luggage storage or a safety deposit box. Leave the keys in the front desk and inform them if you are expecting anyone or when you are planning to go back. During the parade, always ask someone to hold your spot when you go to the bathroom or buy something to drink or eat. You may lose it when you go back.

3. Take the subway or the cab. Travellers may be tempted to rent a car to get around the city or its nearby towns during the carnival season, but remove the stress by walking, taking the bus, a taxi, or the subway. Other than the benefit of saving money, travellers won’t have to spend hours trying to find a car park during Rio’s busiest time of the year.

4. Less is more. Travellers should limit what they take with them to the carnival and leave all the important items in the room, such as their passport, large amounts of money, and credit cards. Avoid wearing glittering jewellery, and hide cameras. Exposing such items may result in being pick-pocketed,something that is easy in a large crowd.

5. Don’t talk to suspicious people. Travellers should be cautious with the people they are dealing with. Unless met through mutual friends in the area, it is hard to determine who they are and what their intentions are. Trust the gut instinct when meeting someone new.

6. Follow the rules. When you are in the carnival parade, there are rules to be followed, such as where carnival-goers are supposed to stay if they want to watch the performances. Inside the Sambadrome travellers can only walk in the area called Sector. Outside drinks and food are not permitted. To avoid getting arrested for violations know what the policies are and follow them.

Best places to enjoy the experience 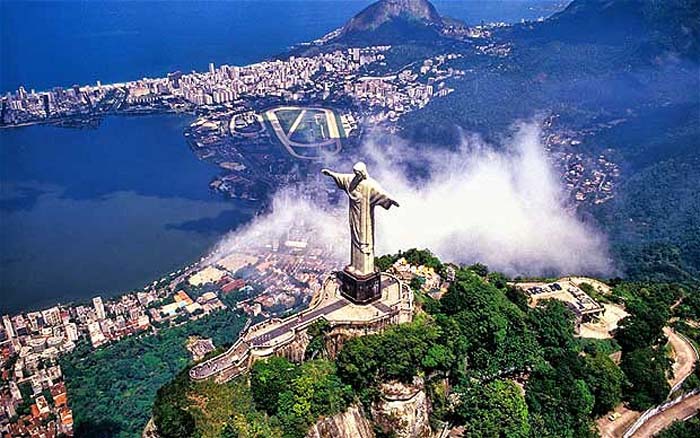 Chirst the Redeemer protects the city of Rio de Janeiro. Photo by telegraph.co.uk

In addition the city’s signature attractions such as Corcovado and its classic Copacabana and Ipanema beaches, the city creates an entire Carnival infrastructure to accommodate the festivities.

A trip to Rio wouldn’t be the same without visiting the statue of Christ the Redeemer, a true Rio icon which is located at Tijuca National Park.

Be sure to check out Sugarloaf Mountain, which is a peak situated in Rio de Janeiro at the mouth of Guanabara Bay on a peninsula that sticks out into the Atlantic Ocean. Rising 396 metres above the harbour, its name is said to refer to its resemblance to the traditional shape of concentrated refined loaf sugar. Take the cable car up and witness the beautiful views of Rio. 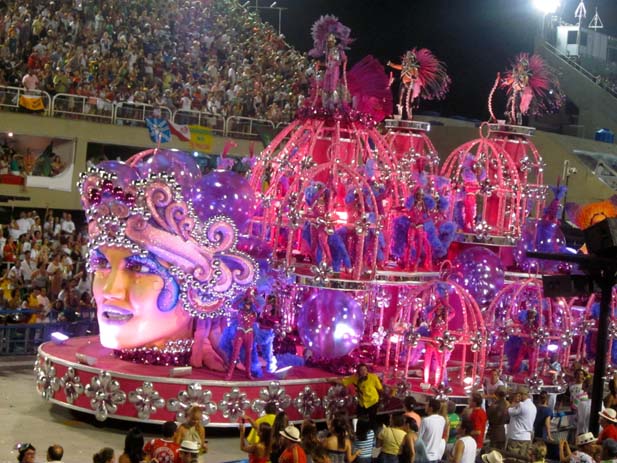 Carnival floats go by the policy of bigger is better. Photo by ny2rio.com

The famous samba parades, which are costumed parades with moving musicians and dancers, take place in the Sambadrome, a parade area in downtown Rio, which is about a half-mile long and runs along Avenida Marquês de Sapucaí between Avenida Presidente Vargas and Rua Frei Caneca.

Neighborhoods also host additional street samba parties with live musicians and dancers, such as the nightly party under the arches of the Lapa neighborhood, called the Arcos de Lapa, which is in the heart of Rio nightlife. With a couple million people out on the streets of Rio during Carnival, the celebration is everywhere.

Where to stay on different budgets 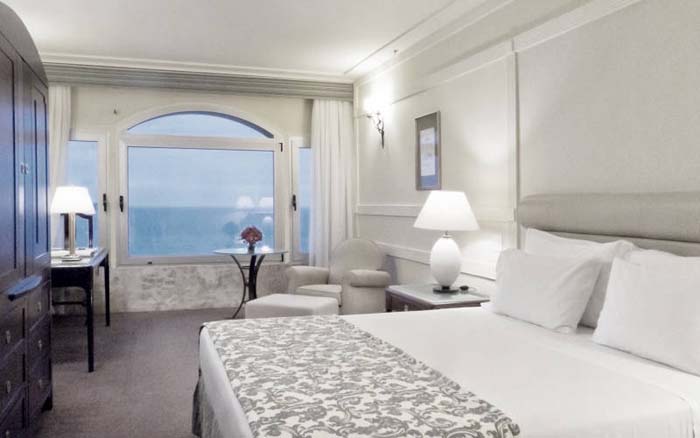 Carnival time in Rio is a very interesting, but is also the most expensive time to visit Rio. Hotel rooms and other lodgings can be up to four times more expensive than the regular rates. Hotels fill quickly during Carnival weekend so it is important for travellers to book their accommodation well in advance.

Caesar Park is one of Rio’s most upscale properties located along a prime slice of shorefront property. This is five star accommodation and would suit the luxurious traveller, starting at $330 USD per night.

For those who want to be able to retreat from the sights and sounds of constant samba, the Sheraton Rio Hotel & Resort has its own beach and is located slightly outside the main swath of beach, starting at $350 USD per night.

The Atlantis Copacabana is a more affordable option and offers quality rooms starting at $140 USD, or check out Mellow Yellow Villa Hostel for accommodation starting at $30 USD per night.

The best places to eat 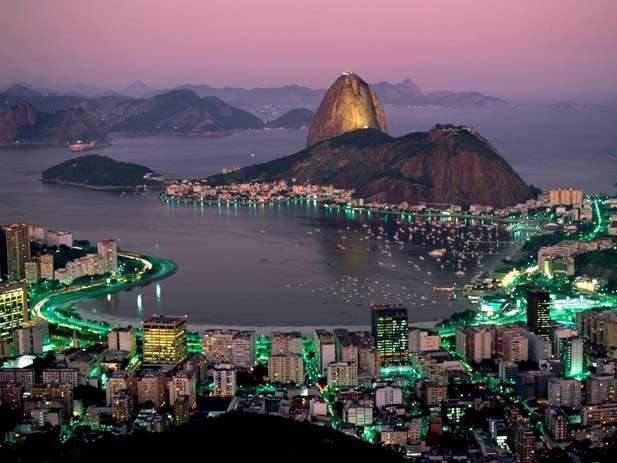 Rio is a city bursting with nightlife. Photo by guesttoguest.com

Many of Rio’s most popular restaurants are buffet style with everything from sushi and classic Brazilian dishes, or the classic all-you-can-eat Brazilian restaurants that specialize in skewered meats.

Pay-by-the-kilo Frontera has a few locations in the city, and Restaurante Couve Flor, located in an upscale area near the Jardim Botânico, is another buffet option that can get diners back out on the streets and into the party shortly.

Porcão Rio’s is perhaps the most beloved churrascarias, and is ideal for consuming a hearty, meaty meal. Grab a sandwich to munch on or savory salgados (Brazilian pastries) like cheese puffs, as well as a refreshing açai smoothie at Mega Matte.

Food stands along the beach serve up numerous light options for vittles, too, such as crêpes, shrimp skewers, and corn on the cob.