Exploring old architecture: The best buildings to see in Europe

Encompassing one of the largest areas of the globe, with a total of 50 countries, there’s no denying that Europe has plenty to offer the hundreds of millions of tourists that visit each year. Every country is unique in culture, architecture and custom. Well preserved architecture and cultural heritage throughout Europe is what has made it the tourism hub that it is today.

Here we count down ten beautiful buildings that are a must-see on your trip throughout Europe.

The best buildings to see in Europe: Cologne Cathedral, Germany 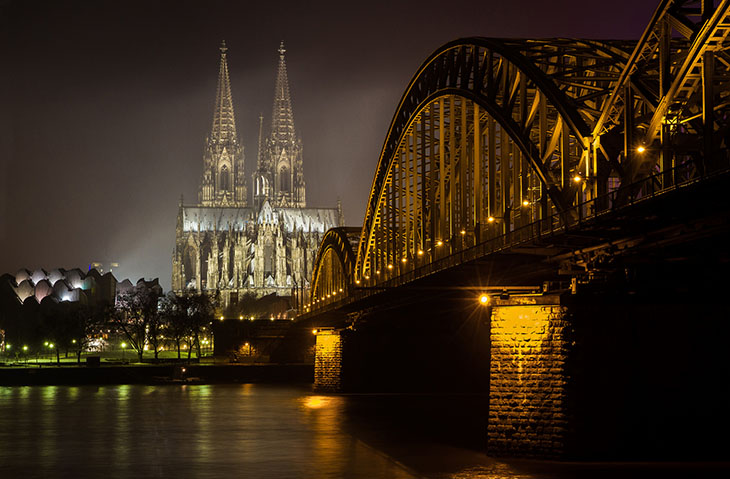 The Cologne Cathedral is Germany’s largest tourist attraction; dating back to construction in 1248, the cathedral today is visited by roughly 20,000 people per day. The cathedral stands as the largest Gothic dated church in Northern Europe, and internally, it has some of the most outstanding architecture – sure to be jaw dropping.

Once inside, make note of the stained glass windows and domed roof – as well as the large organ and high alter. The cathedral is both best seen up close, inside and from a distance where photos can be taken of it in its full glory – amongst the backdrop of Cologne city. 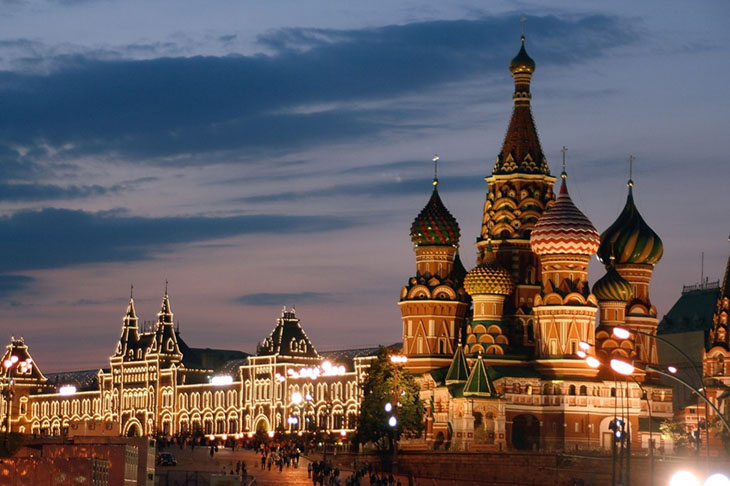 A former church, now museum, Saint Basils Cathedral is located in the Red Square in Moscow, Russia. Construction of the cathedral started in 1555 and it has been the centre of the city’s growth since then.

The building is most commonly recognized for its colours and domes, which stand out amongst the city backdrop. The colour scheme of the cathedral changed over time, but it is said that the original colours come from the Book of Revelations. Today, however, the colours are best seen at night time when the cathedral is fully lit. Be sure not to miss out! 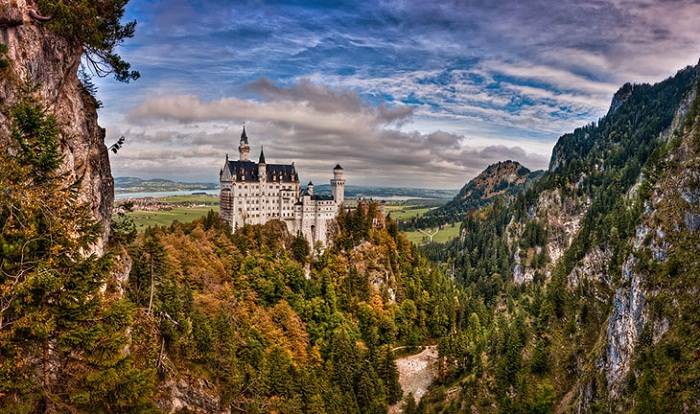 Located on the picturesque German countryside, beside the village of Hohenschwangau is the Neuschwanstein Castle, a Bavarian Palace dating back to the late 1800’s. The castle was designed by architect Eduard Riedel, but was paid in full by Ludwig II of Bavaria for Richard Wagner, a German composer and opera director.

The palace has made appearance in many movies, but the most obvious would be its inspiration for the Sleeping Beauty Castle at Disneyland parks all over the world. When visiting the castle, make sure to pre-purchase tickets in the Hohenschwangau village – from there you get entry and a tour of this majestic castle. 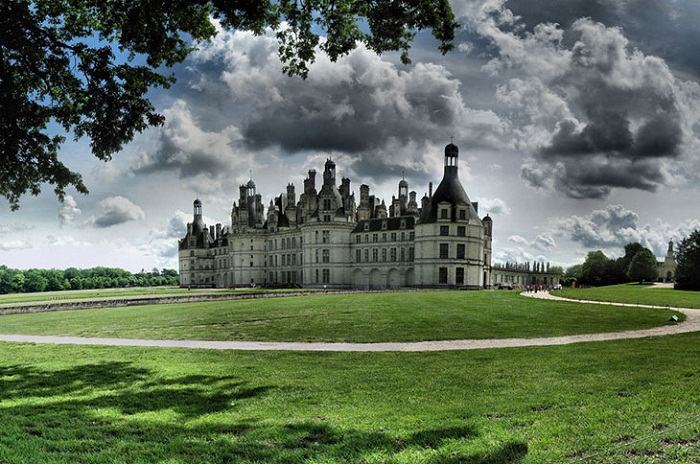 The Chateau de Chambord in France is a beautiful example of French Renaissance.Photo by Panoramas, flickr

Today, the Chateau is a great tourist destination in France that showcases artwork, architecture and a life style ; prior to the revolution. It is also set on farmland that extends to over 5000 hectares, which is roughly the size of Paris, so take a stroll around the grounds whilst there. 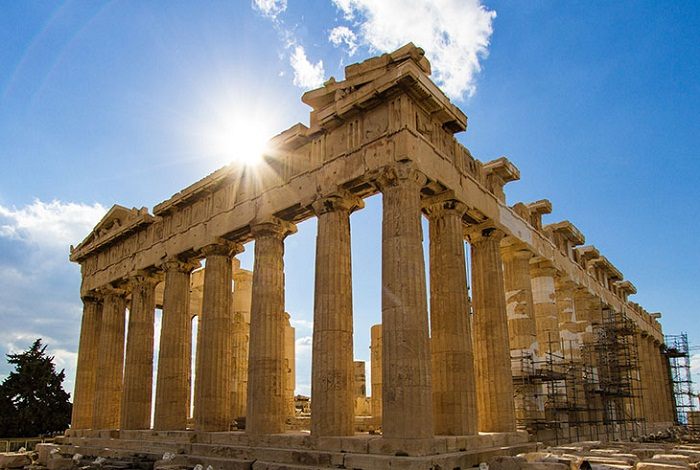 The Parthenon is located on the Athenian Acropolis in Greece. Photo by Martin Pilát, flickr

One of the most famous buildings in the world, the Parthenon is located on the Athenian Acropolis in Greece and was originally built in dedicated to the goddess Athena. Construction of the building dates back to 447 BC, and it is suggested that the Parthenon is a replacement of an older existing temple dedicated to the goddess. The temple is built in perfect alignment to Hyades, and was originally used as treasury, until it was later turned into a Christian church. Then, in the reign of the Ottoman, the Parthenon became a mosque and dispute, created the destruction of the original building framework. 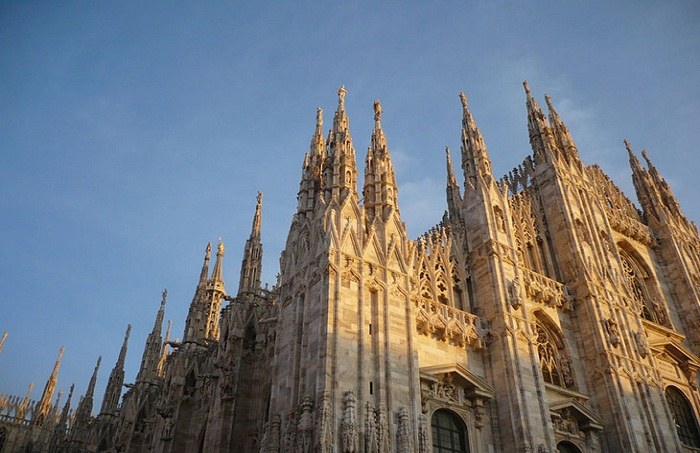 The detail in Milan Cathedral can also be seen from the rooftop. Photo by CresySusy, flickr

Standing over 100 metres tall in the city square of Milan is the Duomo di Milano, otherwise known as Milan Cathedral, a Gothic Catholic church. This cathedral took almost six centuries to complete, and is now ranked as the fifth largest cathedral in the world.

The interior of the cathedral showcases a number of religious monuments and artworks, including a Crucifix of copper, a statue of the San Bartolomeo Flayed, and three alters designed by Pellegrino Pellegrini, among many others. Externally, the cathedral displays stunning gothic and neo-gothic architecture, with high domes and pinnacles. The roof is open to tourists, so to get a great view, climb the stairs and see it from a bird’s eye perspective. 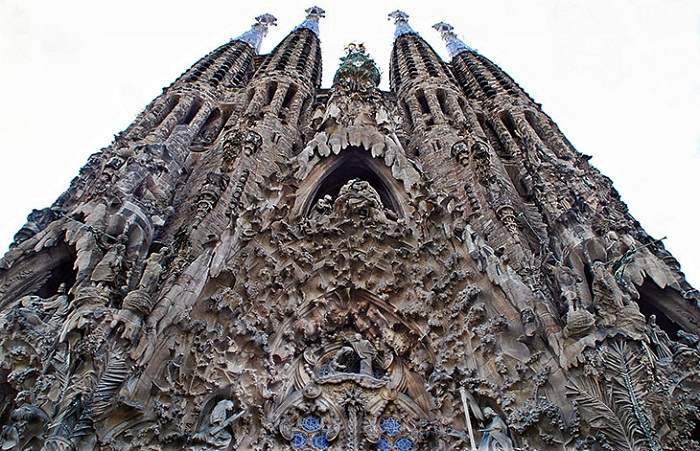 The Sagrada Familia in Spain has a mix between Gothic and Art Nouveau. Photo by Antonio Gil, flickr

The Sagrada Familia is a large Catholic Church located in Barcelona, Spain. Construction of the building began in 1882, but it remains incomplete to this day and it has been influenced by a number of architects and designers over the years. The overall design that exists today is considered as a mix between Gothic and Art Nouveau architecture designs.

The Sagrada Familia has been in competition with Barcelona’s Cathedral for a number of years in winning the seat of the bishop, and has therefore been the grounds of many divisions in the citizens of Barcelona over the years. Today, however, it is visited by thousands of people per day and stands as a UNESCO world heritage site despite is unfinished construction. 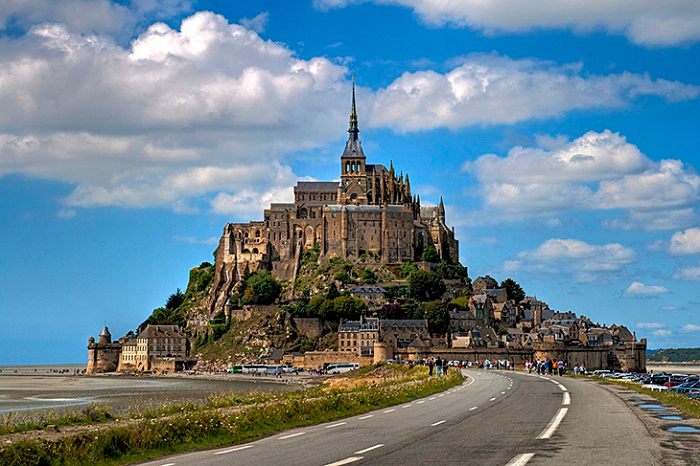 The castle of Mont Saint-Michel is located on an island on the northwest cost of France, nestled amongst the river Couesnon. The island itself is only 247 hectares in this space. The castle holds strong strategic grounds; many of which have given the castle the upper hand in times of war.

Today, the island is home to restaurants, shops and you can go on tours of the castle – just make sure to check the time of the tides so that you can travel in and out of the island. 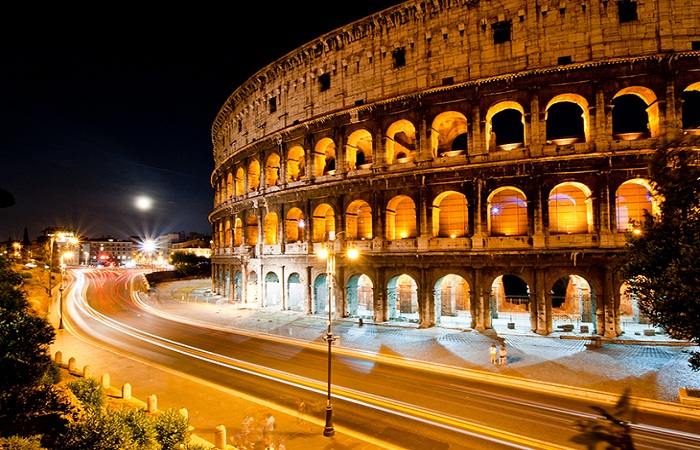 The Colosseum in Rome is the largest ampitheatre in the world. Photo by KayYen, flickr

The largest amphitheatre in the world is the Colosseum, located in Rome, Italy. It is built entirely of concrete and stone and construction of it began under the reign of Emperor Vespasian in 70 AD. Historically speaking, the Colosseum was once used for gladiatorial contests and public theatre and displays such as re-enactment of battles or dramas.

The Colosseum stands today, partially damaged due to earthquakes and stone-robbers. Despite this, it is one of Rome’s most popular tourist destinations and at night, lit by lights, it is one of the most beautiful buildings to witness in Europe. 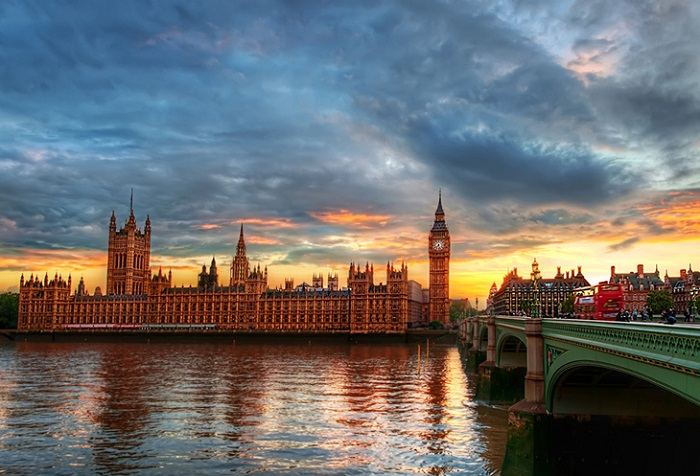 Known as the Houses of Parliament or Palace of Westminster and located in central London, United Kingdom. These Houses of Parliament were built in the early 1800’s, but later rebuilt some years later due to demolishment from fire. The structure and architecture of the building is Gothic, making it stand out amongst the River Thames and surrounding London.

Tourists are able to enter the Houses of Parliament, as well as get a great view from the street or the London Eye which is located diagonally across from the houses. The Houses are one of the most popular tourist destinations in London. This is also partially due to the fame of the Elizabeth Tower – home to the iconic Big Ben clock.