The best food to eat when you’re in Singapore

Singapore is a cultural hub influenced by the Chinese, Indian, Malayan and Eurasians cultures. This kaleidoscope of multiculturalism has made its way into the culinary delights that Singapore has to offer. The mixing of each cultural influence has created new and bold flavours, while retaining the essence of each culture. Here is some of the best food to eat when you’re in Singapore. 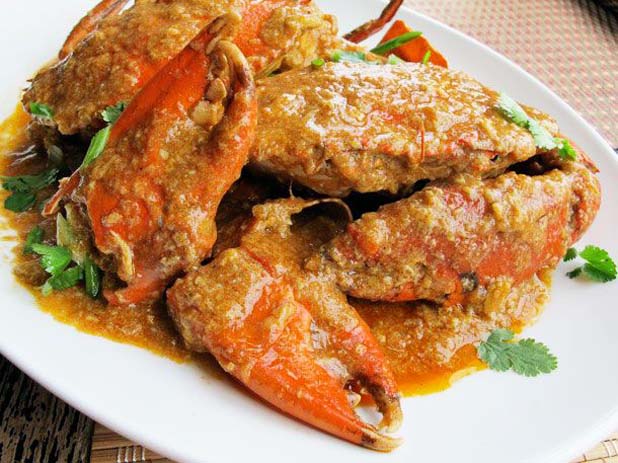 No two dishes scream Singaporean better than the chili and pepper crabs. Both as famous as the other, they combine different flavours of sweet and spicy in order to create this magnificent dish. 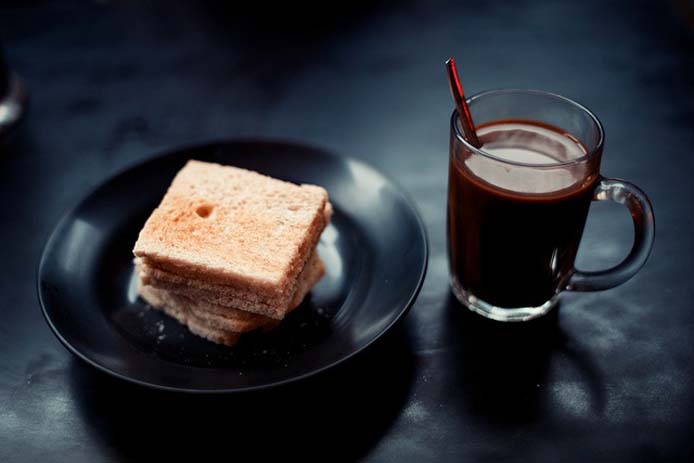 Nothing speaks more of a traditional Singaporean breakfast than kaya toast; toasted white bread spread with a coconut condiment called kaya and a knob of butter. Most Singaporeans enjoys kaya toast with a soft boiled egg which is topped off with soya sauce and pepper. It can also be enjoyed with a cup of hot Kopi. 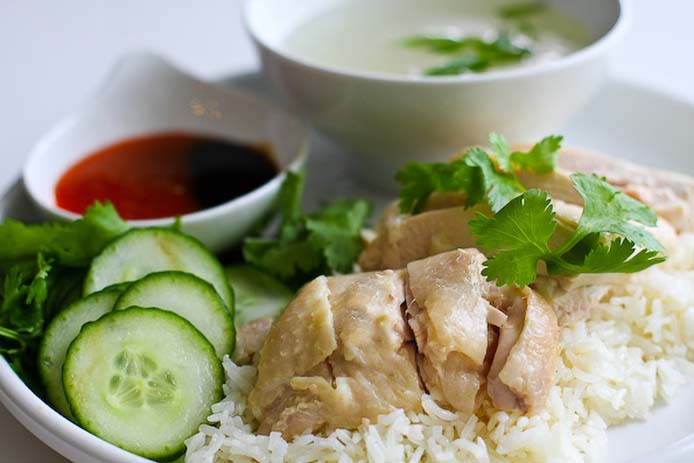 Along with the chili crab the hainanese chicken rice dish can rival it as the national dish of Singapore. Chicken which is succulent and tender is served on top a pile of fragrant rice, cucumber and delicious dipping sauce. 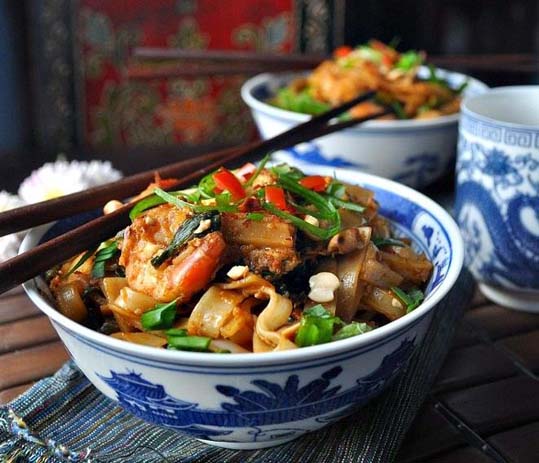 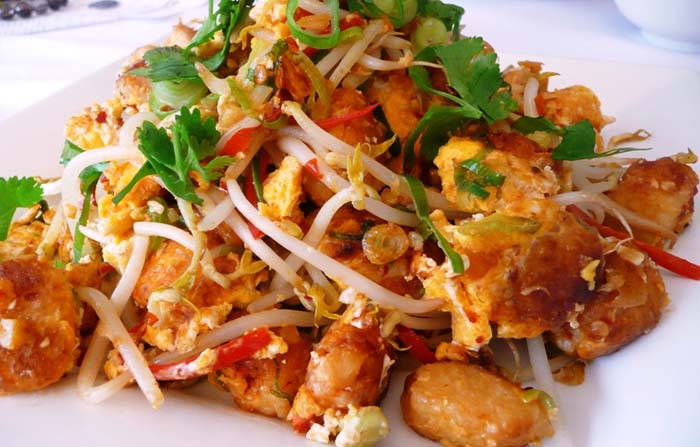 Not getting it mixed up with the well-known sweet carrot cake, the Singaporean carrot cake is fried batter that is made up of preserved radish, known as chai poh, eggs, and white radish flour. It is served with soy sauce, fish sauce, garlic and spring onions. 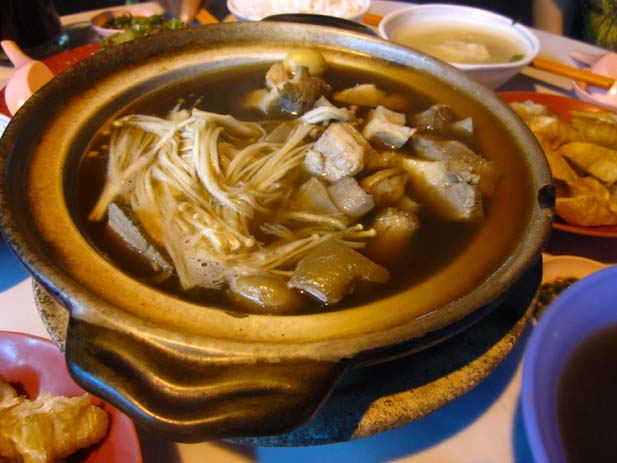 Enjoy a hot bowl of Bak Kut Tek when you’re in Singapore. Photo by Deliciously Haute

Known as pork rib tea this dish appears to look like tea, but it an infused broth made from pork ribs, garlic, pepper, herbs and spices. 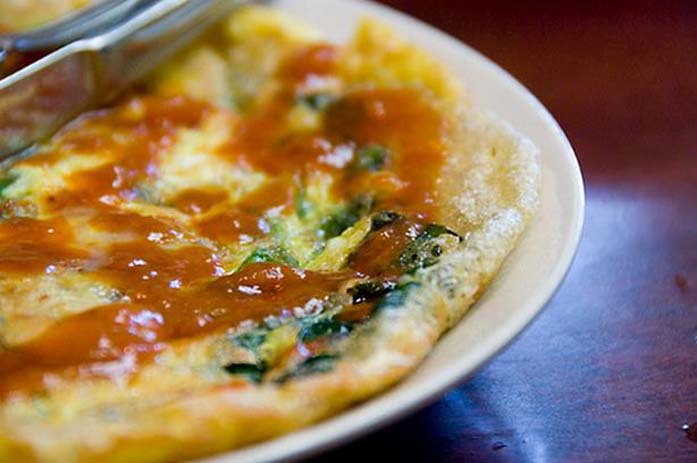 A favourite of many locals, the oyster omelet also has tourists enjoying its taste as well. Potato starch is mixed into an egg batter with added oysters. They then garnish it with some fresh coriander. 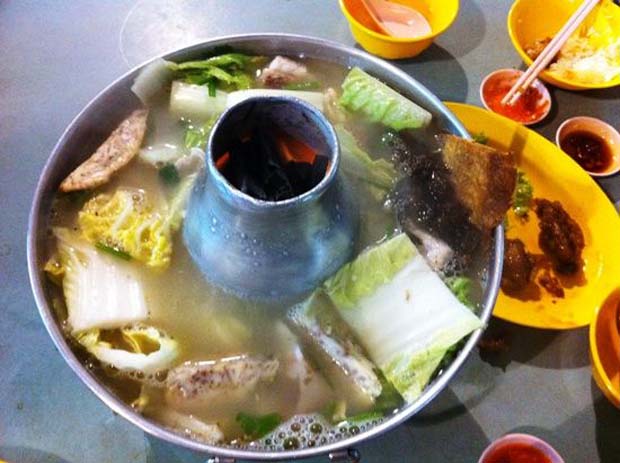 Don’t let the name of this dish turn you away. The fresh soup is served with a mix of rice vermicelli noodles, fried fish bones, yams and vegetables. Fish slices are then added to the soup. 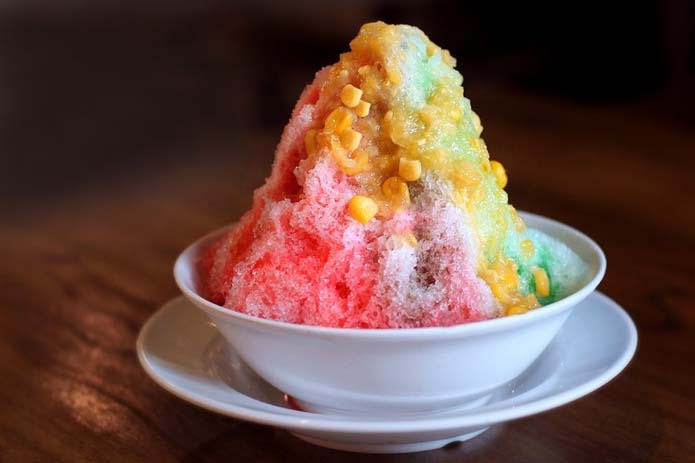 Refreshing Ice Kachang with corn. Photo by Your Singapour

This refreshing dessert will top off a hot day in Singapore. Shaved ice is drizzled with syrup, creamed corn, condensed milk and palm sugar. 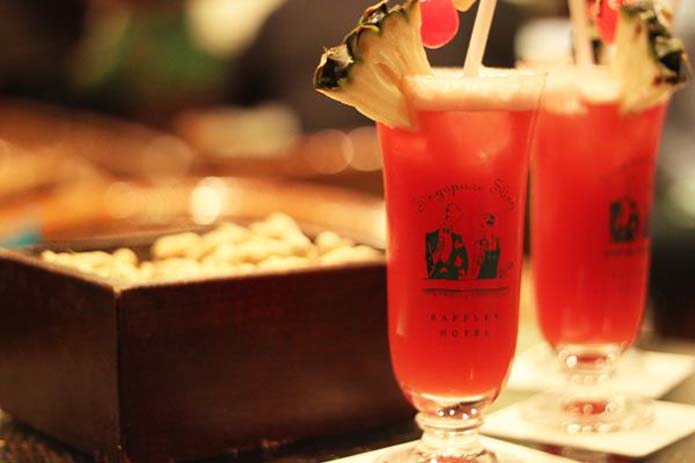 Knock back a few of these Singapore Slings and you’ll be doing okay. Photo by Suma Beach Lifestyle

The iconic drink for Singapore is the Singapore sling. A cocktail mixed with gin, cherry liqueur, benedictine, pomegranate  and pineapple juice will definitely get you started on a night out on the town.