Exploring the Mekong River in Laos

The mighty Mekong River extends for over 4000 km through six different nations acting as a crucial artery to life in the region. Parts of China, Burma, Vietnam, Cambodia, Thailand and Laos rely on this great river for the fresh running water it brings and most of them have built important population centres right on the river banks. Rich rice fields, swarms of fishing boats and a highly traditional lifestyle are the highlights of exploring this majestic waterway but there is also always something new to be found in this quickly expanding part of the world. 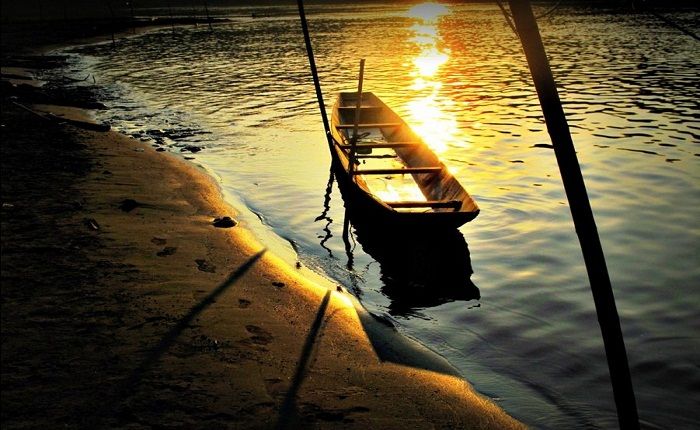 River cruises were only allowed in Laos with its opening to tourism in 1989. Photo by aton.t via Flickr

Vietnam is the most popular destination for Mekong River cruises but each nation has its own distinct part of the river, with some of the most special and beautiful parts of this river lying within the less visited Laos. When Laos opened its doors to tourism in 1989, the river in this region became accessible to tourists so much of the river is cleaner, less populated and less overly developed than in other countries. The rich Buddhist and Hindu culture here has been largely undisturbed, with numerous orders of monks still living traditional lives. The Laotian people recognise the importance of the Mekong to their survival and growth, with the river becoming an important part of local culture and history. All these factors mean that Laos is perhaps the best nation to explore the stunning Mekong River and the people that live on it. 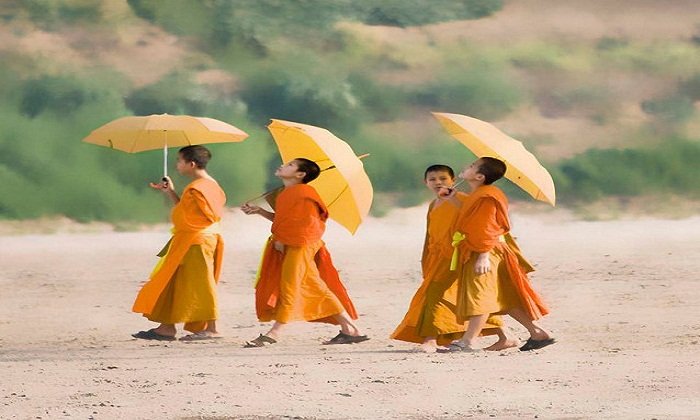 Monks walking along the Mekong River. Photo by simon rackleft via Flickr

Understanding the Mekong River in Laos

In order to explore the Laotian section of the Mekong it’s extremely important to first understand how far the river extends through this country and the areas of particular significance. Some visitors might choose to take a river cruise all the way from northern to southern Laos which is relatively easy to organize through tour operators. Most, however, will want to either explore the river on their own or take cruises for short sections of it, and to do this successfully you first need to understand where the water runs and what can be seen there. 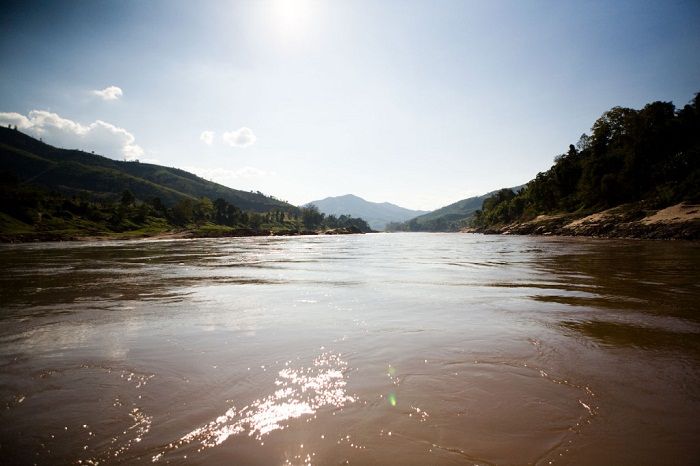 A river cruise up the Mekong is an unforgettable experience. Photo by advisortravelguide.com

The Mekong River first enters Laos at its northernmost tip where the river forms the international borderline between Laos to the east and Burma to the west. This is the least populated area of the river being a highly mountainous terrain. There are less tourist operators running along this part of the river but organised tours can be arranged with certain operators. It is still a very special part of Laos and potential visitors should look into exploring this area by motorbike or do some research and find a good tour guide.

The river then runs south to Thailand where it again acts as a border for a brief period, separating Laos and Thailand. The river then diverts east and inland for a little over 100km through much of the Laotian mountainous region before looping southward once more and reaching the spectacular Luang Prabang. This beautiful and colourful city is perhaps the foremost tourist destination in Laos today and its unique combination of activity and tranquility make it a must see on the Mekong River. Thankfully, the lack of roads running through the city centre and a ban on buses and trucks on inner roads means that much of the unique city is going to be preserved. 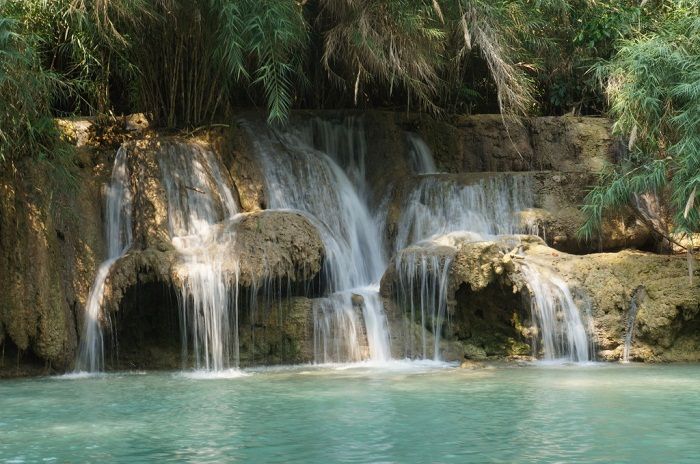 The beautiful Kuang Si waterfall is well worth a day trip from Luang Prabang. Photo by lifechangingyear.com

Luang Prabang lies over 700m above sea level, difficult to comprehend with the looming mountains that encircle it. There are numerous tracks that run through this terrain offering some of the best hiking and walking in Laos. The Khan River meets the bigger Mekong here amidst fishing boats, bustling markets, French provincial architecture and people of highly diverse ethnicity. A great day trip is to visit the three-tier Kuang Si Falls, which are very well maintained and quite striking. Simply put, Luang Prabang is a must-see for anyone visiting Laos.

To the border again and Vientiane

After exiting Luang Prabang and the mountains that surround it, the Mekong continues south until it reaches the Thai border once more. Vientiane, the capital and largest city in Laos lies on this stretch of the river and is an excellent place to start any trip in this beautiful nation. Most travellers stay in the small enclave around Nam Phu, but a trip outside this area to sample the many culinary and architectural delights is well worth the time. Don’t miss the local noodle stands, which most claim are the best in Laos. 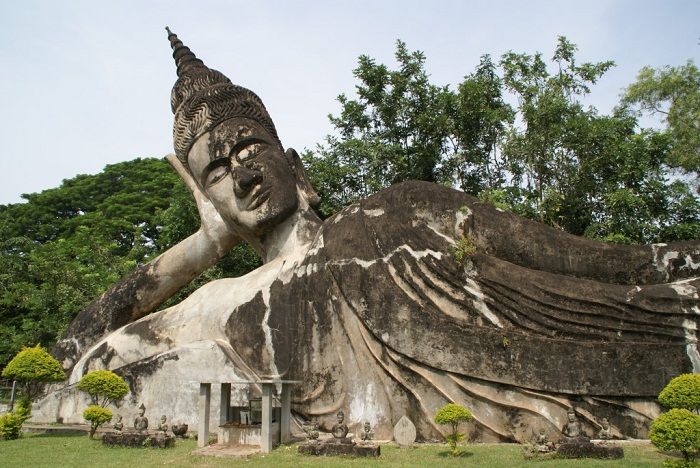 The city also contains a number of rich cultural icons and is scattered with numerous Buddhist temples and monuments. Highlights include Wat Si Muang temple, built nearly half a century ago in 1563 and still occupied by an order of traditional monks and the enormous Buddha Park and its many Buddhist and Hindu sculptures. History buffs might also fancy a trip to the Laos national museum, which outlines the Laotian struggle for independence against various foreign occupiers over many decades.

Savannakhet and the national parks territory 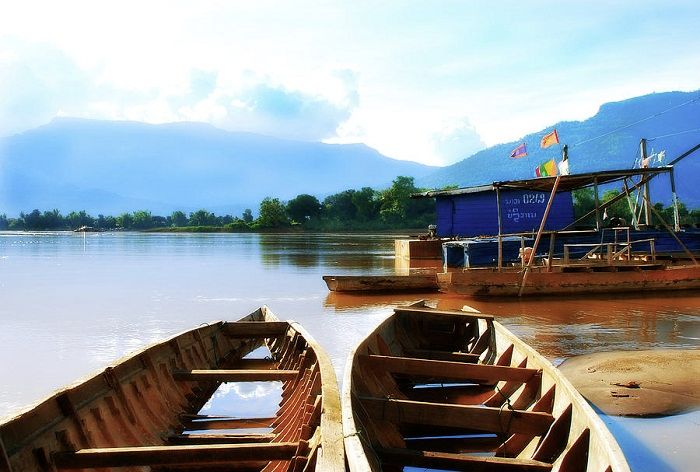 River Life in southen Laos is as traiditional as it gets. Photo by South Laos Photography

From Vientiane, the Mekong continues south along the border with Thailand until it reaches the second largest city in Laos, Savannakhet. Between the two population centres there are a number of biodiversity conservation areas to the east of the river and these are well worth a visit to see some unique Laotian flora and fauna. Savannakhet is an intriguingly time-trapped city in urgent need of revitalisation. Whilst it remains one of the best places in Laos to understand the nations history with Indochinese foreigners, much of the city is in decay and before long many heritage sites will simply disintegrate beyond repair. That said Savvanakhet is another excellent site to start a trip along the Mekong River, especially if you are also interested in tours to the nearby national parks as well as the river. 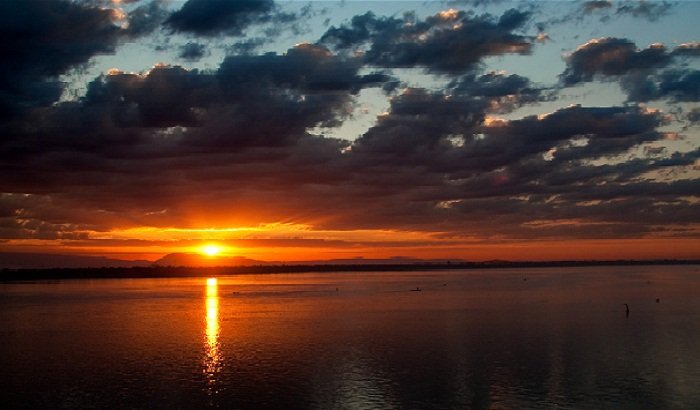 A sensational sunset shot over the Mekong River from Pakse, Photo by Andreas Metz, Flickr

The next stage of the Mekong runs further south from Savvanakhet through numerous small fishing villages before it merges with the Banghiang River, a great opportunity to explore further into Laos for those that haven’t lost their thirst for rivers. The Mekong becomes wider here and flows further south through the Phataem National Park where it is possible to see cliff-faces decorated with extensive rock art estimated to be over 3000 years old. Continue south even further to reach laid-back Pakse, the gateway to southern Laos. There isn’t much to do besides lounging along the riverfront with a Beerlao but the city does have a distinct provincial vibe that some visitors and it is the best launching site for exploring further south. 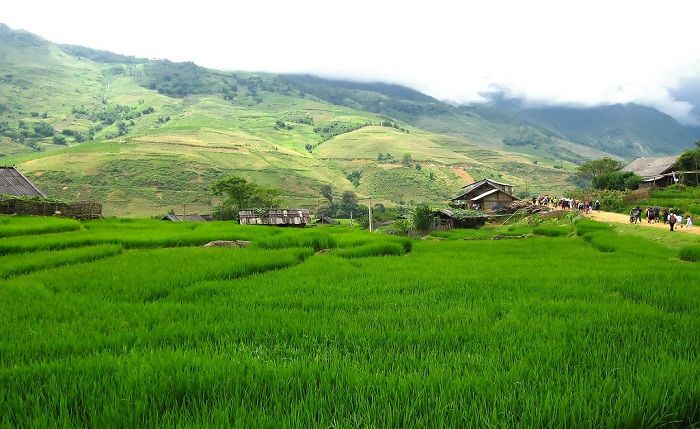 The southern region of Laos is the best place to see the traditional Mekong River lifestyle. To the south of Pakse lies the network of waterways that home Si Phan Don, the ‘four thousand islands’ situated along the Cambodian border. Tourism is the biggest enterprise in this palm-lined region where spectacular sunsets are commonplace and life is pleasingly raw. Don Khong (Khong island) is one of the more popular destinations and there are numerous operators offering tours throughout this stunning tapestry of islands.