Humans have always lived near the water, it not only provides food but also inspires our imaginations with its natural beauty. Lakes are part of this magical group and our collection of the 16 most beautiful hidden lakes will surely get your brain cells buzzing. 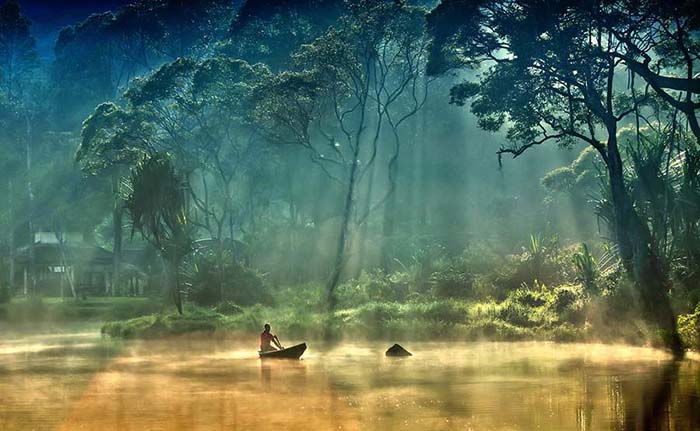 Lake Ayie has many waterfalls as part of the National Park. Image by Ayie Permata 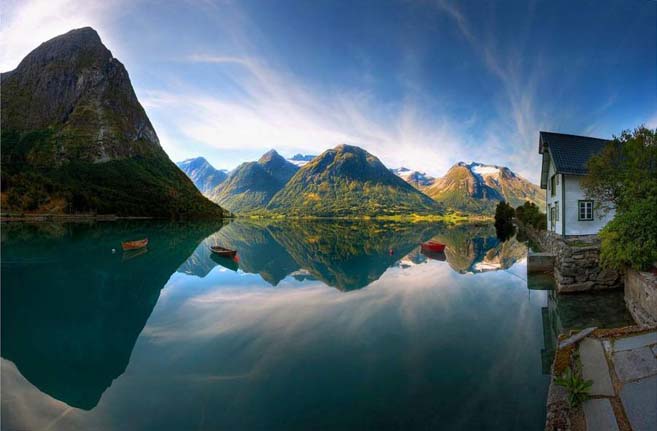 Hornindalsvatnet is Norway’s deepest lake, measured to a depth of 514 metres. The closest village too the lake is Grodas and Mogrenda which are both accessible by car.

Lake Peyto is a glacier fed lake in the Canadian Rockies. Photo by Tobi 87

Lake Peyto is a glacier-fed lake located in Banff National Park in the Canadian Rockies. The Lake is formed in a valley of the Waputik Range, which sits at an elevation of 1,860 metres. To access the Lake take the Icefields Parkway. 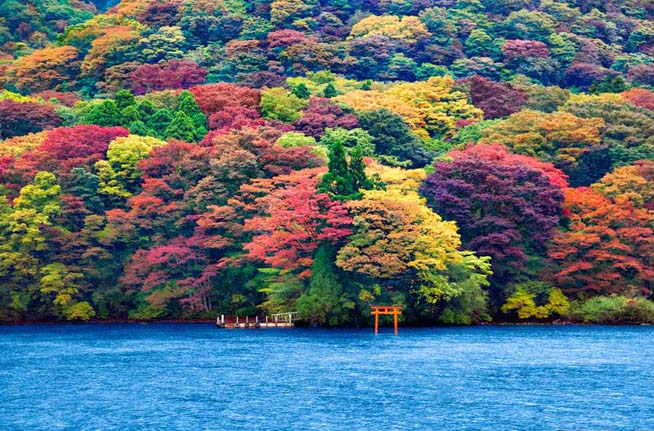 Lake Ashi is most well known for its view of Mt. Fuji and incredible reed beds. Photo by voyagerlion

Lake Ashi is a scenic crater lake in the Hakone area of Japan. The Lake is most well-known for its incredible views of Mt. Fuji. Lake Ashi translates to the ‘lake of reeds’ due to the numerous reed beds all around the perimeter. 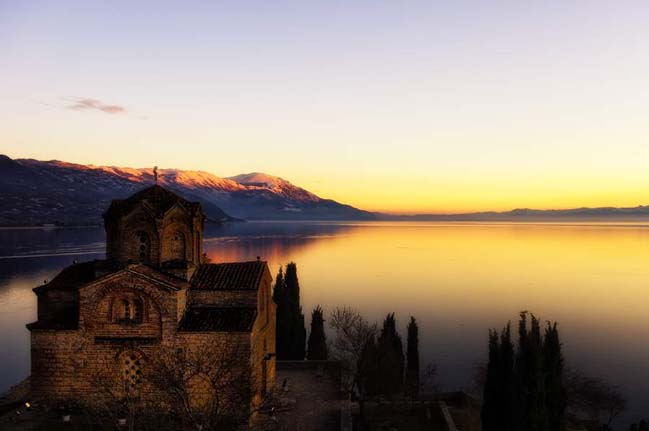 Lake Ohrid is one of Europes deepest and oldest lakes. Photo by Katina Scarbrough

Lake Ohrid is one of Europe’s deepest and oldest lakes, declared by UNESCO as an ecosystem that is of worldwide importance. The Lake holds more than 200 different endemic species that can only be found in the Lake. NASA even named one of the lakes on Titan, one of Saturn’s moons, after the Ohrid Lake. 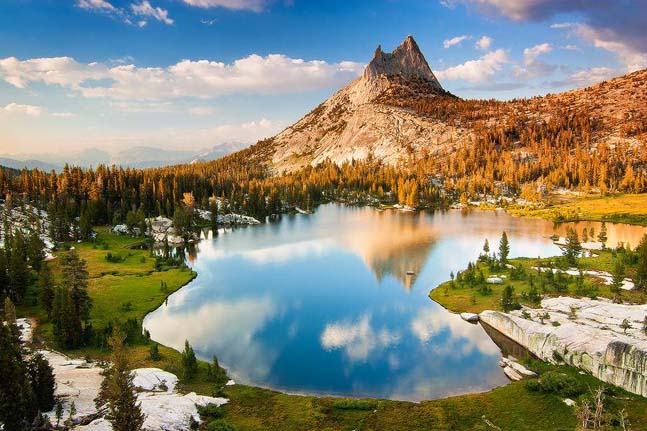 Takhlakh Lake can be accessed all year by tourists. Photo by cdni

Mount Adams can be seen in the background of this beautiful lake in Washington. The Lake and surrounding area is managed by the Grifford Pinchot National Forest, allowing tourists to visit the Lake at any time during the year. 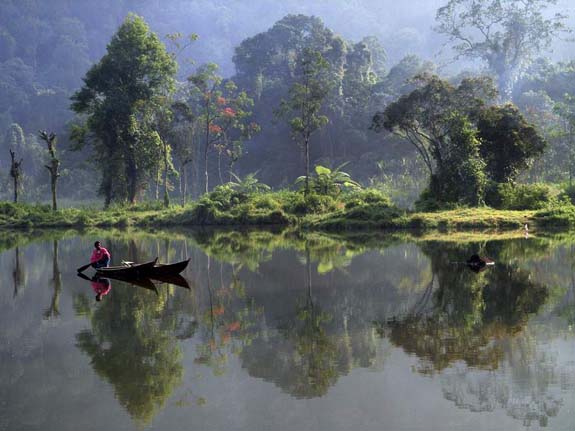 Gunung Tujuh Lake is a part of a volcanic crater in Indonesia. Photo by Murat Akan

Lake Gunung Tujuh is a volcanic crater lake in Indonesia within Kerinci National Park. Mount Tujuh surrounds the lake at an altitude of 1,950 meters above sea level. The Lake is popular amongst hikers and is occasionally fished in by locals. 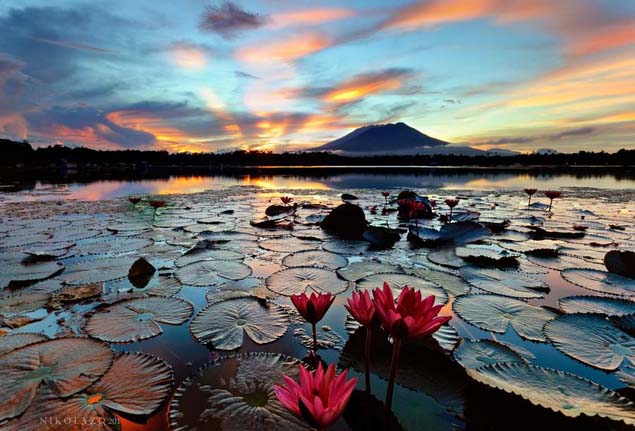 Sampaloc Lake is an inactive volcanic maar in the Philippines. Photo by Natashapnini

Lake Sampaloc is an inactive volcanic maar in the Philippines and is the largest of the Seven Lakes of San Pablo. The Lake is used locally for farming fish, and the silty lake bed is used for agriculture. 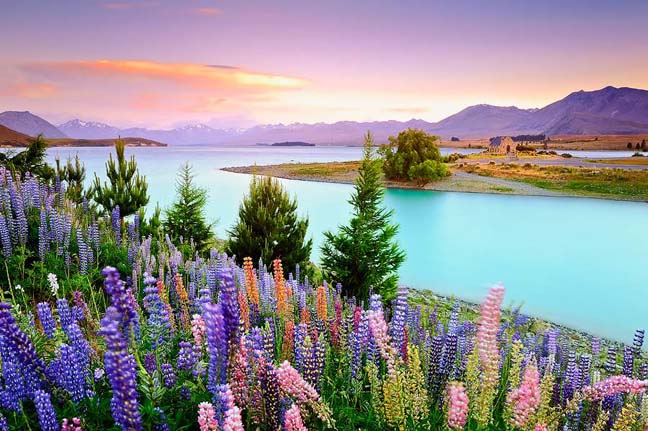 9. Tranquil Lake is fed by melt water from the local ice sheet. Photo by Olgaanatolyevna

Tranquil Lake is a lake fed by melted water from the local ice sheet which lies between nearby lakes and hills. Tranquil Lake contains numerous flora and fauna species, which add to the incredible view of the mountains around the area. 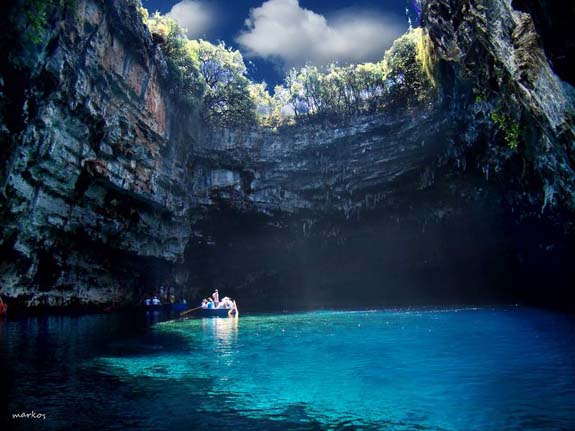 10. Melissani Lake is located in beautiful Greece, within the Ionian Sea. Photo by Zuhairah

Melissani Lake is located in a cave of the same name, within the Ionian Sea near Poros, Greece. The lake is home to numerous flora species, which cover the floor of the cave. Tourists are often attracted to the cave because of the incredible blue water and amazing sight of the noonday sun streaming in through a hole in the cave ceiling. 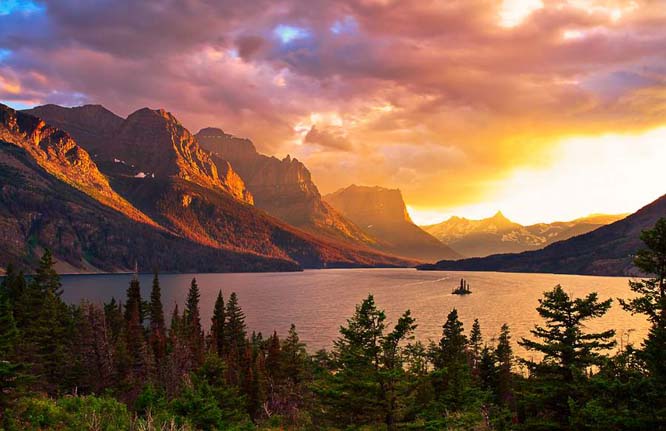 St Mary’s Lake is the second largest lake in Montana. Photo via Shutterstock

St Mary’s Lake is the second largest lake in Glacier National Park in Montana. At an altitude of 1,400 meters the water of St Mary’s is extremely cold, and in the winter the lake becomes completely frozen over. The lake is open to tourists all year. 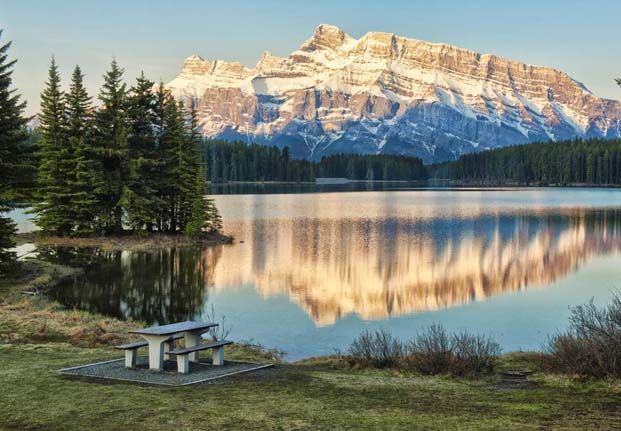 Lake Minnewanka is a glacial lake located in Banff National Park, Canada. The Lake is the longest amongst the mountain parks of the Canadian Rockies. The Lake was previously inhabited by the Aboriginal People First Nationof the area, however it is now the subject of damming for use in Hydroelectric projects. 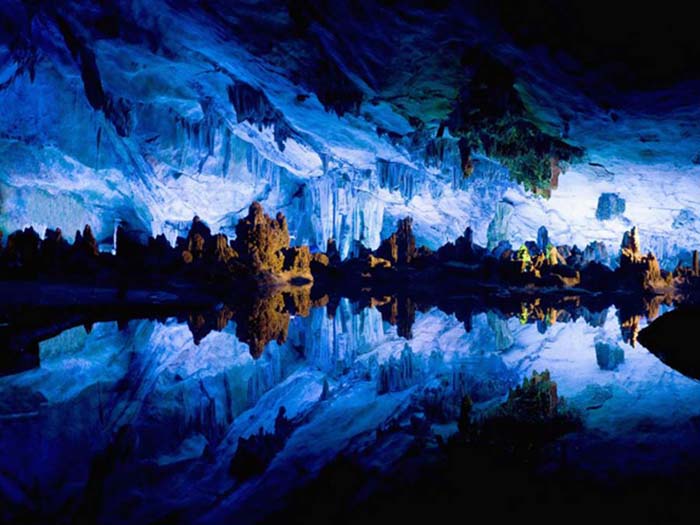 The Reed Flute Cave has multi-coloured lighting installed by the Chinese Government. Photo by Jarno Gonzale

The Reed Flute Lake is located a cave of the same name in China. The cave is a natural limestone cave, which features multi-coloured lighting installed by the Chinese government. The cave is extremely popular amongst tourists in the area, as it is highly prized for its natural beauty. 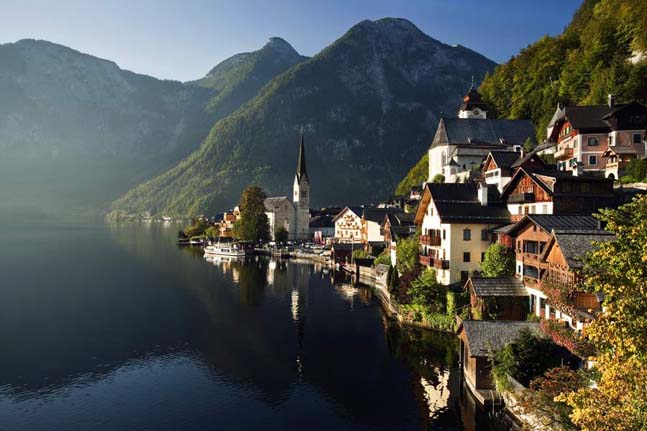 Halstatt Lake in Austria is surrounded by the resort area Salzkammergut. Photo by Yuri Yavnik

Hallstatt Lake is located in Austria, surrounded by Salzkammergut, a resort area which stretches from Salzburg to the Alpine Foreland. The area is recognised by UNESCO as a world heritage site. Tourists can stay in numerous hotels which line the lake. 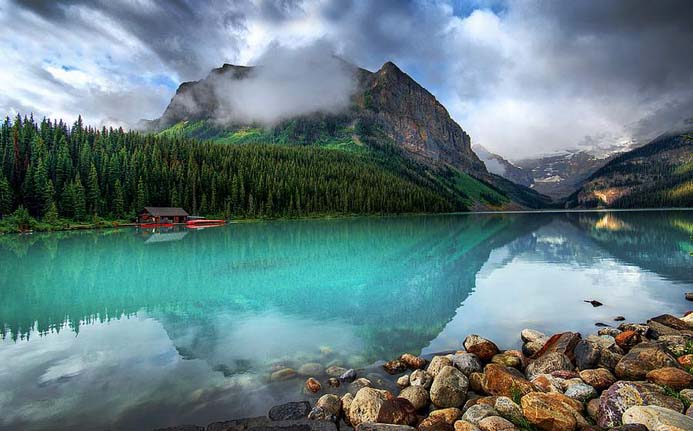 Lake Louise in Canada is a pristine glacial lake. Photo by Kate Bannon

Lake Louise of Alberta, Canada is a glacial lake named after Princess Louisa Caroline Alberta, one of the daughters of Queen Victoria. The stunning emerald colour of the water comes from rock flour carried into the water by melt-water from the nearby glaciers. 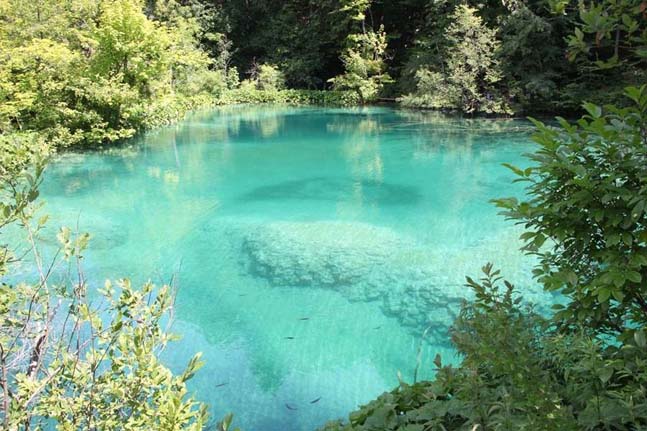 Plitvice Lakes form a National Park of the same name in Croatia. Founded in 1949, the protected area covers almost 300,000 square kilometres and is visited by more 1.2 million visitors each year. A fee of 32USD is charged upon entrance, and it is well worth it, the waterfalls which cover the area are immense and spectacular to view.