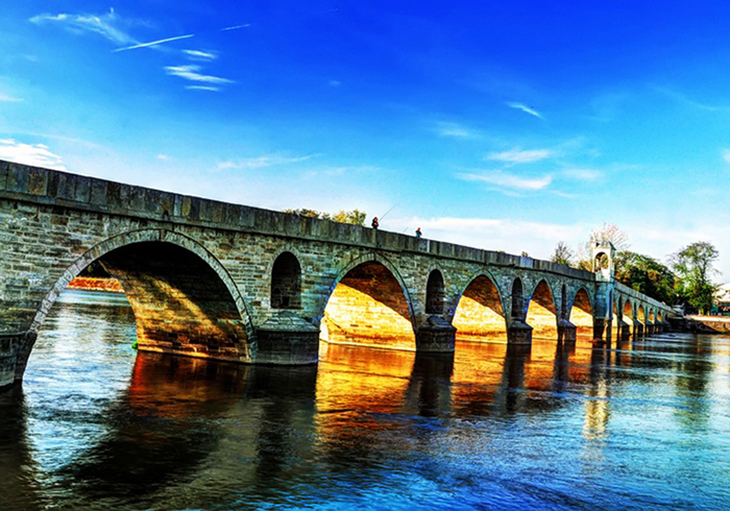 The edirne bridge is just one part of the rich old world culture of the town. Photo by Eren Senturk

Turkey provides a fusion of many cultures, yet a tiny town named Edirne, easily overlooked, is our choice for any traveller looking to be one of a few tourists in town. This tiny town sits on the border of Bulgaria and Turkey, displaying rich culture, preserved by noble locals.

Its time to go exploring in untouched Edirne, Turkey.

Whilst bazaars are a common attraction in Turkey, Edirne just seems to do it better, less people and more adventure. The warmth of merchants and traders within the bazaar is nothing but addictive, as you find yourself endlessly wandering in and out of stalls engaging in partial conversations with locals, bringing nothing but a smile to your face. 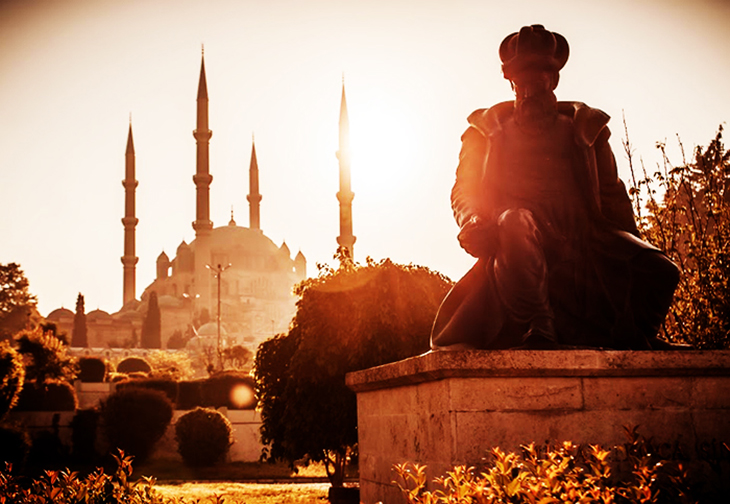 Edirne town is a cultural hub seperated from the chaos of Istanbul. Photo by Tatyana Levitskaya

Outside, the streets are bustling with kids dashing to school with freshly made ayran (Turkish yoghurt drink) in one hand and lush cherries in the other (sold on the street for a measly 2 euro a kilogram!). Followed closely behind, adults making their way to any one of the seven mosques crying out scriptures from the Quran forcing you to admire the pure beauty of this untouched civilisation.

Edirne is home to the beautiful Selimiye Mosque, inspired by Ottoman architecture and built on the town’s only hill; its presence is hard to miss. Standing at 43 metres, Minar Sinan’s design draws your attention to its multitude of little domes and four symmetrical minarets amplifying an upward thrust to the sky like a rocket. Whilst the Blue Mosque is widely regarded as Turkeys best Mosque, the exclusive calligraphy of Selimiye will truly astound all, setting itself apart. We recommend entering the mosque between prayer times so you can freely walk around and capture its presence in its entirety. Be sure to place yourself within the courtyard of the Mosque at dusk as the colours of the Minarets cast down contrasting beautifully with the dark blue sky, leaving you speechless. 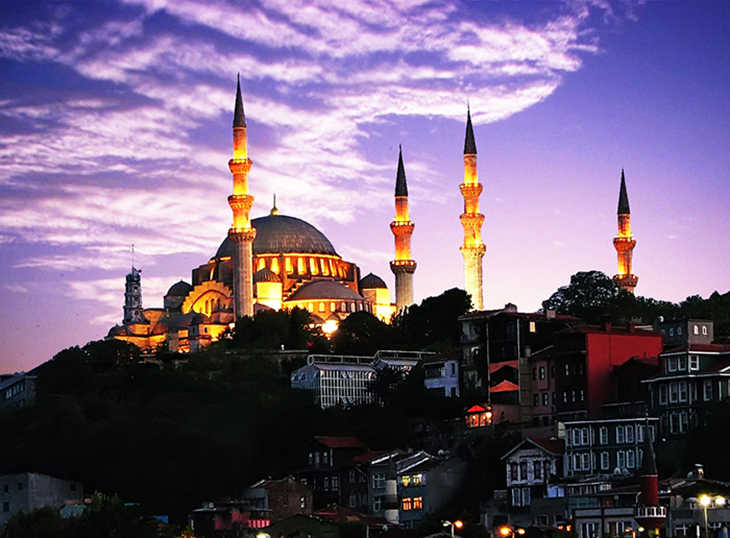 Selimiye Mosque rivals that of the great Blue Mosque. Photo by Ilknur Susler

A brief stroll north of the Selimiye Mosque lays the Kulliye health museum, a sacred treasure of Edirne’s colourful history. For an affordable 5TL (2 Euro) you can enter the 15th century, discovering the birthplace of advanced health technology of the Ottoman Empire serving all kind of patients.

If you choose to visit Edirne, we recommend late June, not solely for the climate but for the festival season, famously known for its oil wrestling competition named Kirkpinar. Whilst western civilisation may forgo oil wrestling as a push around with friends, this is far from the case. Contestants travel from all over Turkey and Eastern Europe to compete, whereby men are lathered in olive oil, forced to wrestle until one competitor either pins the other to the ground or lifts his opponent above his shoulders. 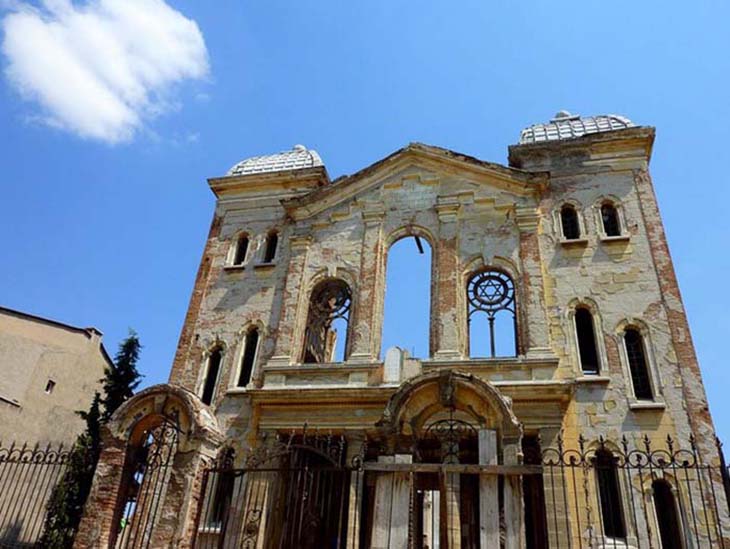 The old synagogue in Edirne highlights a mix of culture. Photo by Frans Sellies

Tourists have driven the commercialisation of Hammams within destinations like Istanbul, nevertheless Edirne’s Sokullu remains true to tradition providing a full body massage within a sensual steamy marble colosseum. Females are presented with a peaceful environment inundated with oils and soaps, whereas males are exposed to ritualistic muscular release and spinal adjustments. It is well worth the 40TL, you will thank yourself the next day.

Edirne provides its fair share of sweetened goodness with Macun Sekeri (Ottoman Paste Candy on a stick), bursting your mouth with colourful flavour and said to be that sweet it turns your face bitter, be prepared! Badem Ezmesi (marzipan) is no exception to Edirne’s long line of culinary treats, made from almonds, water and sugar and baked providing a seamless finishing touch to any Turkish savoury meal. Both Macun Sekeri and Badem Ezmesi is best bought on the streets of Edirne and will cost 50c and 1 Euro (100g) respectively. 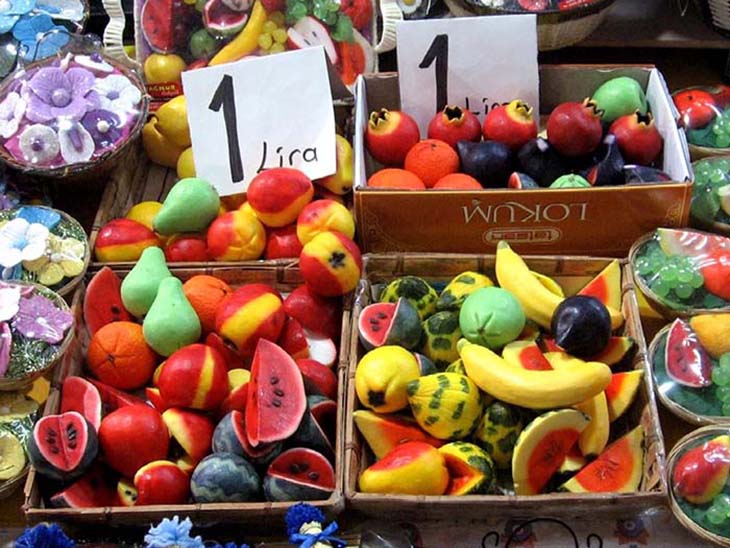 If you asked any local of Edirne why their town is special to the few tourists that visit, they would answer with “Edmis”. At first glance Edmis can be mistaken for everyday plastic fruit, unworthy of a second glance, however those that know, Edmis are artistically handcrafted scented fruits. Forming the backbone of Edirne, these unique soaps were once vital part of the bathing ritual providing therapeutic function through its essential oil content, however today they are looked upon only as a decoration. Made from natural green soap, rose oil and fruit scented essences, your nose is likely to fall captive to the sweet aroma. Priced at 1 TL for one piece or a basket for 6TL it is well worth the investment.

How to get to Edirne and where to stay

The easiest way to reach Edirne is by bus from Istanbul. Departures are at various times of the day taking 2 hours and 30 minutes costing 27 TL (10 Euro). Once at Edirne bus station, a free minibus service will take you to the city centre.

For those with a mid-range budget we recommend staying at the Tuna Hotel for 75TL for a single including breakfast.