As the sun rises over the Avatar Mountains and touches the lowlands, the morning dew that blankets the vibrant green grass begins to warm and vanish. The fog nestled in the valleys silently fades away and the lush forest and lakes are revealed and welcome you to your destination. In the early morning hours we see life begin as a crawl and slowly accelerate to a smooth beat and pace as the wildlife waken and flora bloom, people come to snap photos and observe the beauty of the ZhangjiaJie National Park. 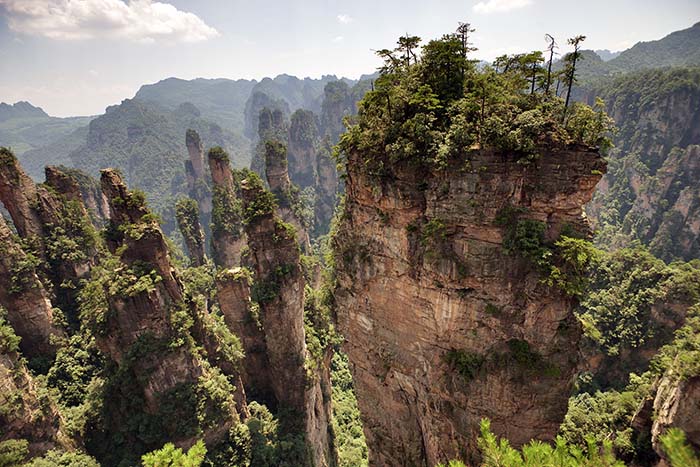 The view of ZhangJiaJie National Park

The park is known for its exquisite forests, odd-shaped peaks and rocks, limestone caves and breath-taking views. As one of China’s most beautiful natural reserves, ZhangJiaJie has wonderful hiking trails and astounding views. The ‘Avatar Hallelujah Mountains’ were named in honour of the James Cameron 2009 film of the same name, and were used as inspiration by the film director for scenes in the movie. With a number of tourist attractions and routes to visit the National Park has something for everyone. 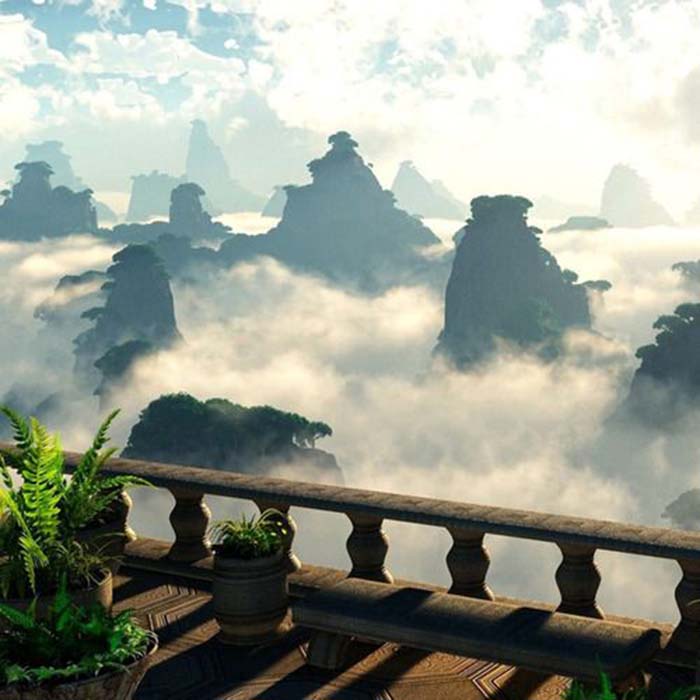 The National Park is open in every season and can be visited at any time, however we do suggest you bring extra layers of clothes if you plan on exploring during the winter, the mountains get cold and cheaper hotels don’t have heaters. If you plan to visit in the winter months, prepare to deal with mountains blanketed by snow and lakes that have been frosted over, but we encourage hikers to visit for the challenge as it offers a different kind of beauty. 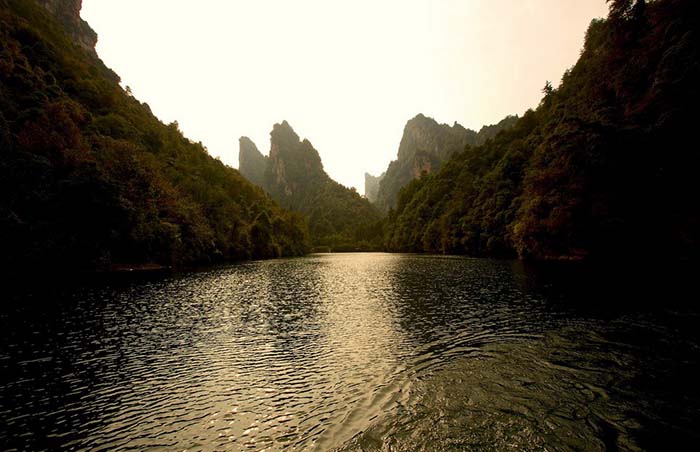 The waters of Baofeng Lake run through the entire valley. Photo by Karl von Moller via Flickr

June and July are heavy rain seasons for the Park and fog becomes more common, however the Summer climate is warmer and the foliage a more vibrant green. The Park is busiest during early October because of China’s National Holiday, and it would be best to reserve a room in advance.

If you plan on visiting the National Park, your best bet is to stay in Wulingyuan instead of ZhangJiaJie city, the town is only 5 minutes away from the gates but coming from the city it’s a 50 minute drive by hire car, which can be much more costly for accommodation and hire. 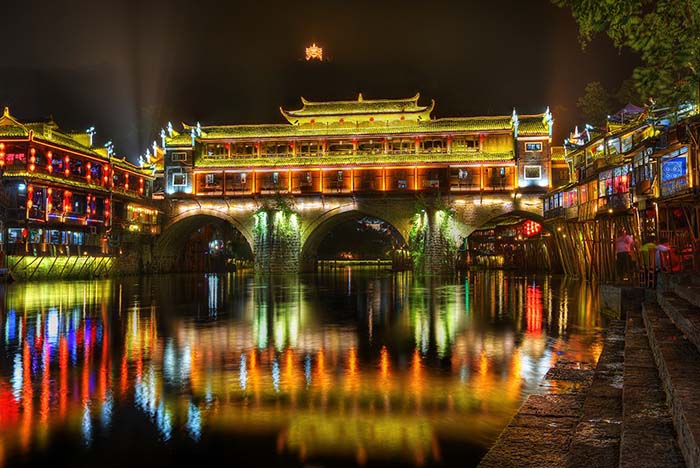 The city is full of culture and traditional architecture. Photo via ww.flickr.com

There are also hostels inside the national park up near the mountains if you plan to explore for several days so there’s no need to come back every day. You’ll be able to stay overnight and continue your journey and save time on frequent visits.

We recommend giving yourself 2-3 days to explore the national park and a day for return and flight departure. 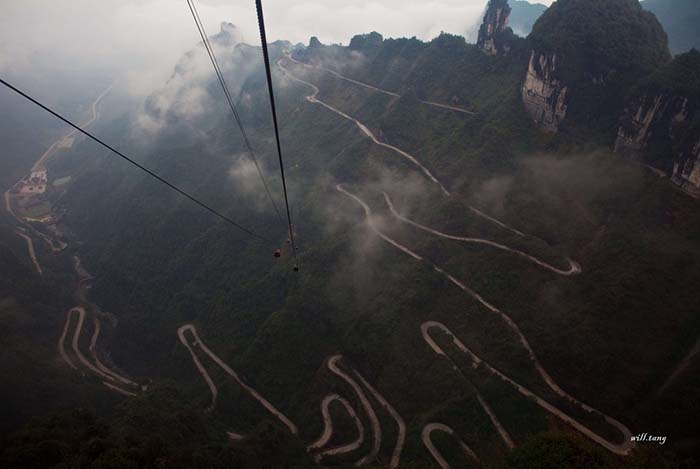 Take a gut wrenching gondola ride to get the best view. Photo via www.flickr.com

In addition to the park, the city of Zhangjiejae offers hikes across monuments, temples and guided tours of old town and historical landmarks. Near the Puguang temple you’ll find Old Town, which shows the culture and history of Zhangjiajie and is a testament to the old ways, the architecture and cultural themes. 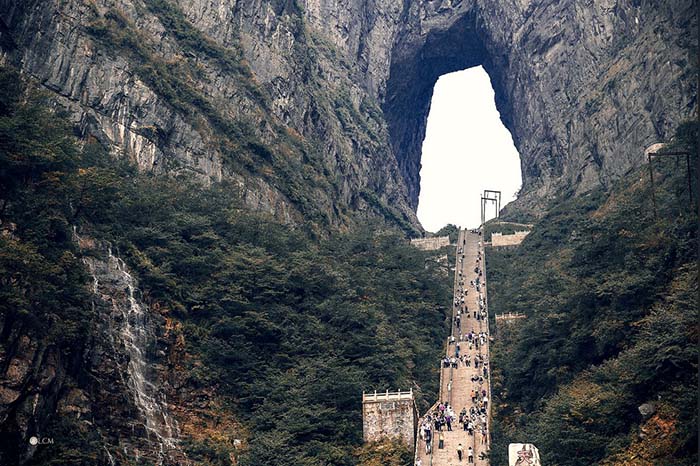 Known as the Heavens gate, this natural monument is an imposing natural wonder. Photo via www.flickr.com

The numerous temples and monuments make for great vacation photos and offer information about the surrounding area’s rich history and provide a cultural experience you won’t be treated to anywhere else. We recommend making a donation when visiting the Tujia Minority Museum, the staff are too polite to mention the donations box but the money goes back into the museum. 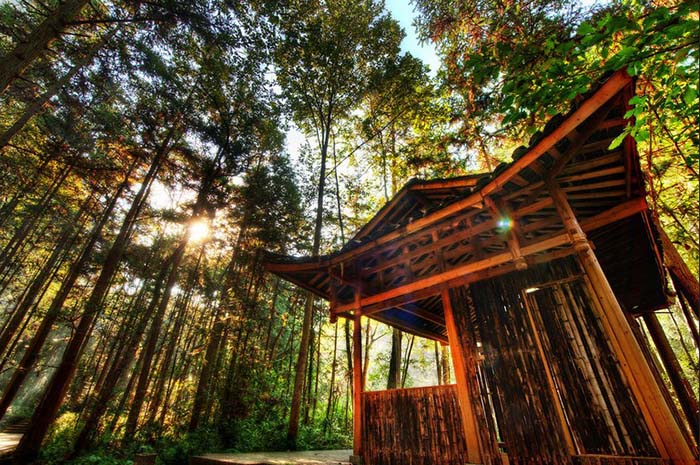 Have a spiritual experience at the silent temple of Zhangjiajie. Photo by Trey Ratcliff

Inside the park you’ll find free shuttle buses throughout the area that run in both directions so you can get on/off at a stop and go back to where you were with ease. There are also buses waiting outside the exits that will take you to the railway station in the city for when you’re homebound via flights. 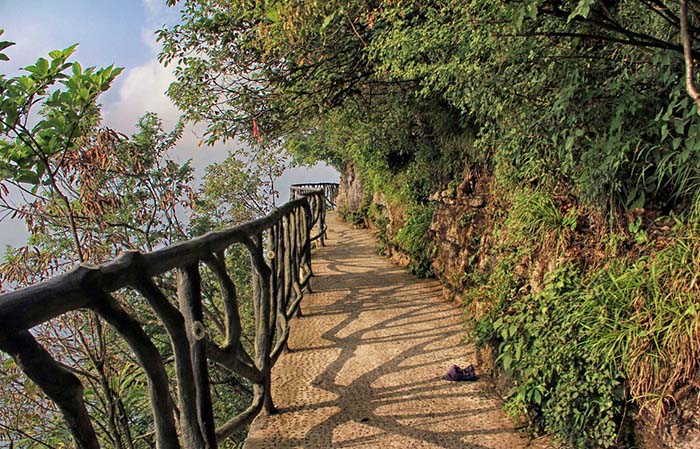 The Tianzishan mountain offers a scenic hiking experience. Photo by cattan2011 via Flickr