Exploring the Blue Cave in Brazil

Brazil is a country that is constantly moving. With one of the fastest growing economies on the planet and as the world’s largest producer of coffee, it’s not hard to imagine that this place hardly sleeps.

Rio de Janeiro is your best stop for partying; you can be sure that the nights can stretch on and on while you hop from one club to another. But really nightlife alone shouldn’t be enough for those exploring Brazil. The country contains some incredible natural scenery and none is more spectacular than the Blue Cave.

The cave was first discovered in 1924 by a native South American and since then there have been numerous discoveries of ancient animal skeletons, such as that of the saber-toothed tiger. But it is the clear blue water of the caves lake and its astonishing depth that has amazed travellers from all corners of the globe and for very good reason.

The Blue Cave is not for the faint of heart 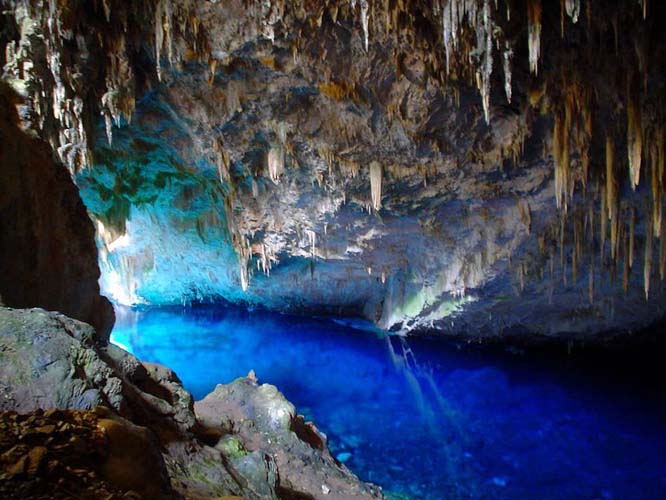 The Cave floor of the Blue Cave in Brazil. Photo via Laura Verbrugge

Like many caves the Blue cave can be a bit hard to get too. Not only is it in a fairly remote area of Brazil, but it also has to be hiked to off of a major road. However this is not necessarily a bad thing, the scenery along the way is of incredible natural beauty. Waterfalls and lush vegetation line the walking trail and will certainly keep you entertained on the trip over. 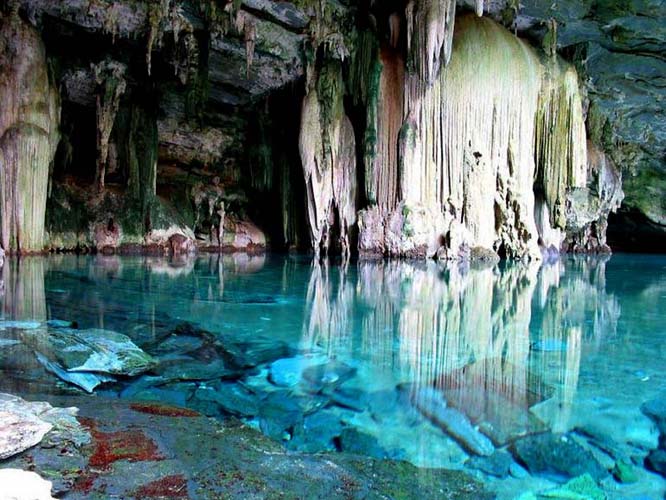 But be warned, if you want to experience the full majesty of the cave then you’d better have experience in rock climbing and scuba diving. The way down to the best spot of the cave is only accessed via abseiling 100 meters down to the cave floor.

Once you are down you can stand at the edge of the lake and admire the clear blue water, or you can explore more and go diving. 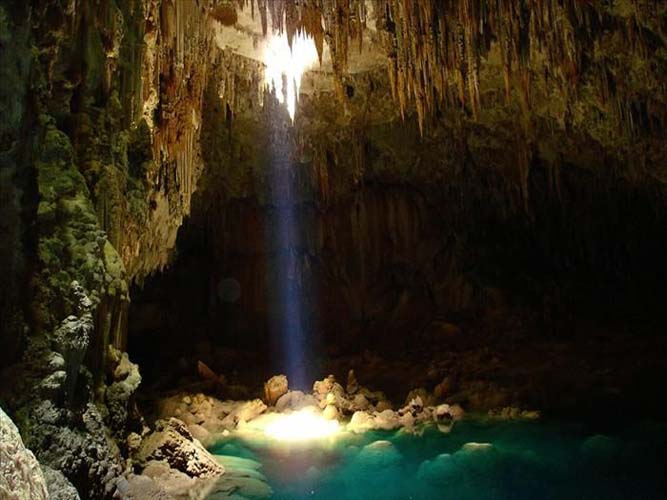 The light streaming in from the cave ceiling of the Blue Cave. Photo via Margaret Holmberg

This is where things can get pretty dangerous. Cave diving is by no means a simple activity, if you don’t have experience with diving then don’t risk it. With a lack of open air and sometimes oppressively tight diving corridors, you need to be sure that you keep your cool.

The Blue Cave is perhaps one of the simpler cave diving locations, with a large amount of open space and light which floods in from holes in the top of the cavern, you can see far into the water. This is further helped by the large amount of magnesium in the water, which creates a clear blue environment for divers to see in.

Expect to be amazed when you get under the water 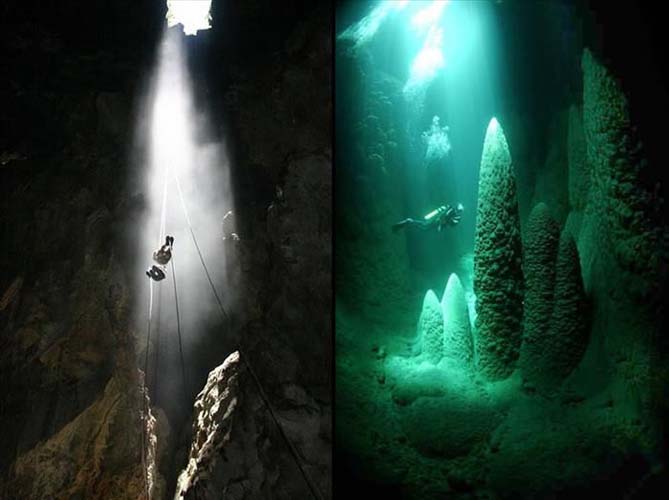 The abseilling and scuba diving within the blue cave. Photo via ba-bamail

It’s suggested that animal bones left from prehistoric times can still be found at the floor of the lake. Given that the cave is largely protected from any type of wind activity it’s likely that the bones would lie fairly close to the surface, making them even easier to find.

Stay in or around Bonito for best access to the cave 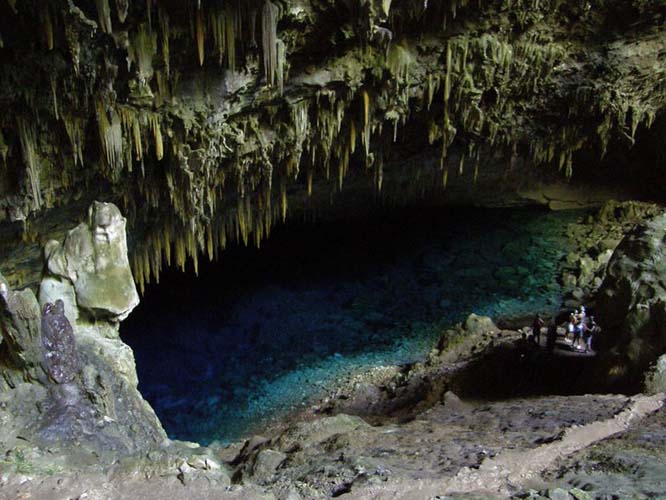 The entrance to the Blue Cave. Photo via Eda Lemos

The Zagaia Eco-Resort Hotel is an awesome place to stay in Bonito, which is close to the cave itself. From Bonito it is very easy to organise a trip out the cave, as well as plan other activities. If you came for adventure than Bonito is sure to impress, being surrounded by natural wonders there is never a shortage of places to go and see. 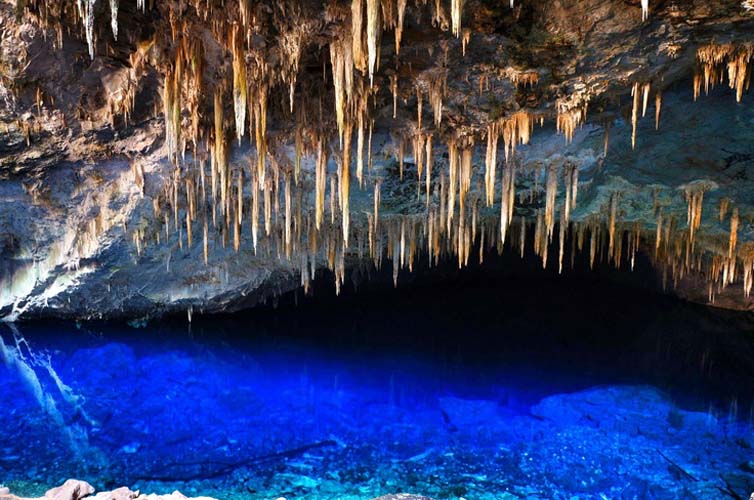 Another incredible view of the Blue Lake cave in Brazil. Photo via yyinbrazil

The Abismo de Anhumas is another great cave to explore, with tours letting you rappel and snorkel throughout the cave system.

You should also be aware that the best time to travel to the cave is around December to February, when the great light streaming through the water will enhance your diving experience.