A traveller’s guide to Hanoi and Ho Chi Minh City

My vision of Vietnam as a place of handmade suits and motorbikes. Crazy, boisterous city streets filled with motorbikes. When I ask my friend what his experience of Vietnam is like, he recalls bargain street markets, busiest in the mornings, delicious food and pedestrian-motorcycle collisions. It happens, apparently.

Vietnam is a country growing at a rapid pace, where bustling city streets meet rice and vegetable farms. With a long running history of war and rebellion, Vietnam is rich in both traditional culture and influence from surrounding and Western societies. It is approximately the size of Germany and within its borders  are dense, untouched forests and mountains. So check out a traveller’s guide to Hanoi and Ho Chi Minh City.

How to travel through Hanoi 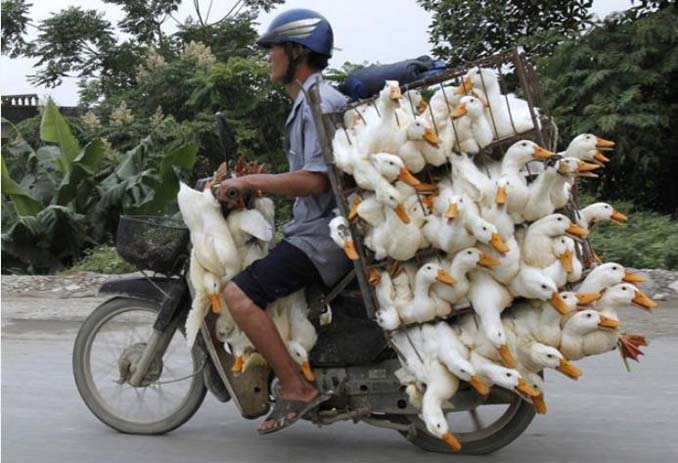 Off to market. Photo by Yahoo News France

Invest in a money belt. The idea may initially seem ridiculous but there are a many stories of tourists being ripped off because stall and shop owners are able to see how much money the tourist is  carrying .Keep a small amount of money on your person for daily use. Don’t be afraid to barter for the goods that you buy at markets, as each stall owner will try to outsell their neighbour on the same or similar goods.  Take a traveller money card with you on your holiday. Bigger establishments (hotels and restaurants) will accept them as eftpos payments. Withdraw only the money that you need during the day to budget and keep yourself safe. 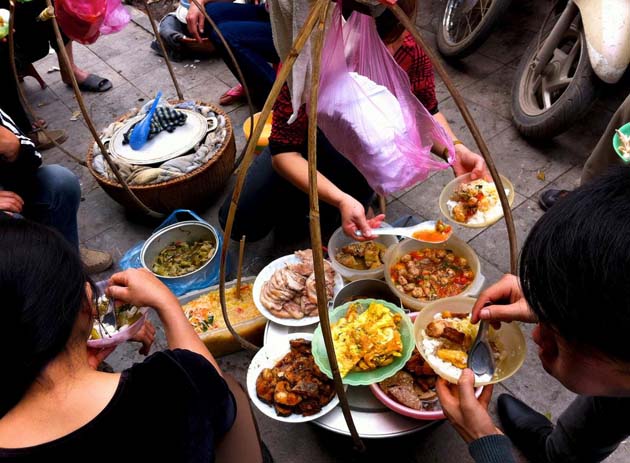 The many flavours of Vietnam. Photo by Kason Wong

Dining out in Vietnam is definitely on the cheaper side. You can take your pick from local or gourmet restaurants to markets and street food stalls, and all are reasonably cheap in comparison to eating out in your home country. Street market stalls start at about AUD$2, and to eat at a more upmarket restaurant, wine and all, you’re looking at spending about AUD$50-70. Tipping is not generally expected, however, it is appreciated – particularly in more up market hotels and restaurants.

There is a great range of accommodation in Hanoi. Depending on your budget, you have the option of staying in five star hotels, such as the Park Hyatt, for roughly AUD$350 a night, or you have the cheaper alternative of lodging or hostels, which will cost between AUD$8 – $40  night, depending on the location and rating of the establishment. Always research your accommodation before you make the final decision to book. Trip Advisor and Hostelbookers are two great websites dedicated to giving the best prices and good visitor reviews on hostels and hotels. Don’t book anything until you read what it’s like first!

Visit the historic buildings in the Old Quarter of the city, take a stroll around Hoan Kiem Lake, attend a show at the National Tuong Theatre or go street shopping in Hang Gai Street for crazy market bargains on silk and silver.

What to do in Ho Chi Minh City

There are so many attractions in Ho Chi Minh City. Visit the War Remnants museum in the city centre, attend a show at the Saigon Opera House, visit temples such as the Chua Ba Thien Hau and Cao Dai, and people watch on Pham Ngu Lao Street, known as “backpacker heaven” – great for markets, food stalls and arcades.

There are loads of companies that hire out motorcycles and scooters to tourists. It’s just important to remember that in Vietnam, there are little to no road rules and so you always run the risk of something dangerous happening. Just be warned that if you do hire a motorcycle and damage it, you will need to pay for repairs or replacement which can be pricey! There’s no better way to feel the buzz of city energy than on the back of a motorcycle though, so why not take the risk? Try looking at companies rather than street stalls for bike hire.

Sa Pa has an abundance of rice fields, which glow a rich green color after monsoon season. Photo by CNBC

Most tourists often do not dedicate quite enough time to travel around the entirety of Vietnam. Unlike the major cities, regional Vietnam remains quite untouched, with breath taking green landscape, filled with dense tropical forests and mountains. A great way to seeing most of Vietnam is by scooter or motorcycling from the north to the south, or vice versa. Once leaving the major cities, shopping, accommodation and attractions become cheaper. 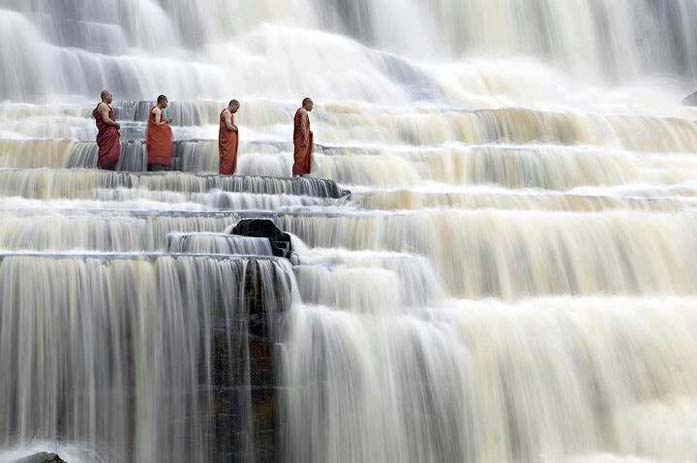 Hu ế – capital city of Vietnam during 1802 and 1945; with outstanding traditional architecture and food, this is a city you should definitely visit for its rich history and culture.
Phong Nha-Kẻ Bàng – home to a world heritage listed national park, this area has over 300 caves filled with limestone and intricate karst formations. The largest discovered cave in the world resides in the national park here. Definitely worth the visit if you enjoy hiking and caving.
Sa Pa – an abundance of rice fields, a frontier town in the very Northern sector of Vietnam. This city is home to several minority ethnic groups due to its influence from neighbouring countries. Visit the Catholic Church in the city centre, built in stone in the 1930’s and then move on to the layered rice paddocks outside town. 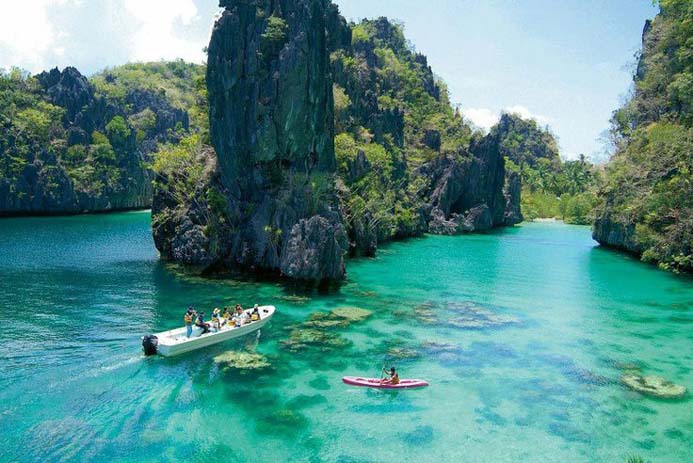 Vietnam is well equipped when it comes to public transportation. Boats are available that run through the many rivers throughout the country, as well as buses, trams and trains. Trains are considered the most reliable form of public transportation, as they run to almost every major city. Another choice is to travel by car, van or motorcycle. All of which are reasonably cheap. Always organise your car hire before you depart your home country through companies online, or through hotels in major cities as street sellers are not entirely reliable and insurance is often sporadic.

With its high proportion of outside influence, it is no wonder that the Vietnamese language has so many different dialects. Overall, to a tourist, the language would sound the same, or similar – just with different accents. The language has been influenced by both the Chinese and French. The three different regions of the country, north, central and south all have different pronunciations for the same word.  For example, “this” would be pronounced này in the North, but ni or nì in Central Vietnam. It’s always best when travelling overseas to know basic phrases to prevent being thought rude or ignorant.

Vietnam is ranked highly as a tourist destination. So join the crowd and book your flights and hire your motorcycle, you’re off to Vietnam!