Mystery revealed: How sliding rocks in Death Valley have puzzled scientists for decades

They’ve been a major attraction among researchers for years. Sliding across the desert floor in Death Valley, this incredible phenomenon has puzzled scientists for decades. At long last scientists believe they’ve uncovered the secrets to why this has been happening.

The Sliding Rocks in Death Valley 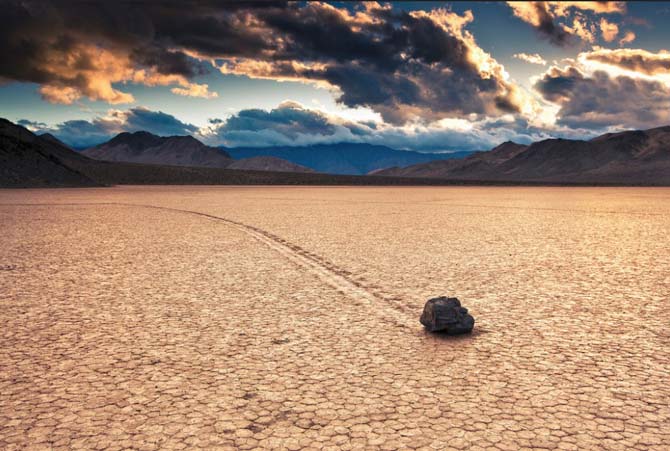 Dramatic landscape across the desert in Death Valley. Photo by Andy Kennelly

An article recently published by Weather Underground claims they have put to rest the mystery of the ‘Sliding Rocks’ of Racetrack Playa in Death Valley.

Richard D. Norris and his cousin James M. Norris launched an investigation into the mystery beginning in 2011 with their ‘Slithering Stones Research Initiative’ sponsored by NASA and Scripps among others. They established a weather station in the area near the playa and placed 15 stones attached with GPS tracking units in the vicinity of the existing ‘sliding stones’ that first triggered the mystery. 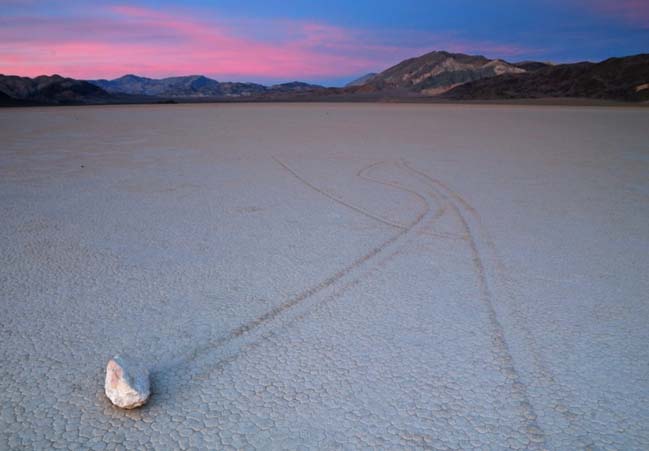 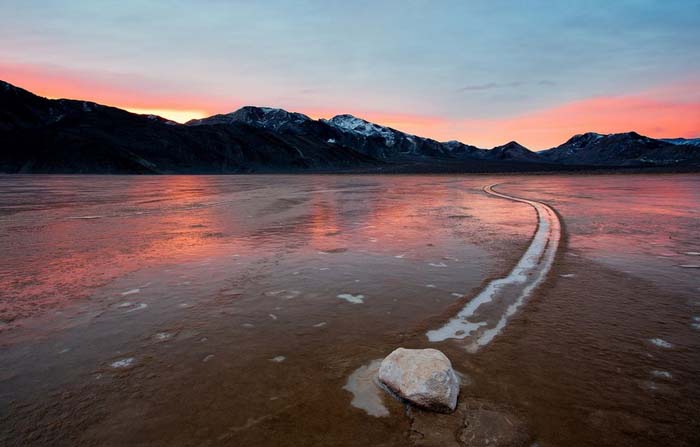 Wind and sun are the main reasons these rocks move across Death Valley. Photo by David Swindler

Using time-lapse photography researchers recorded the rocks sliding across the playa at the surprisingly fast pace of up to 15 feet (3-5 meters) per minute.

Moving rocks across the desert floor in Death Valley. Photo by Steve Sieren

Norris’s team explains what happened after the rainfall froze up underneath the rocks. 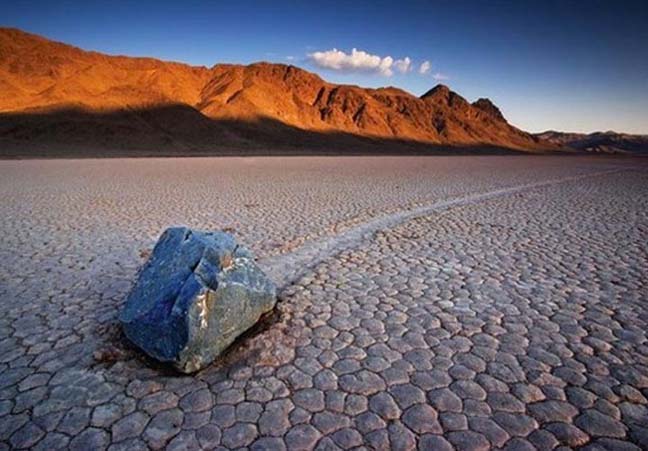 The two rocks that recorded movements had astounding results. The first travelled a distance of 65.6 metres, while the second travelled for 64.1 metres. Both movements lasted 16 minutes.

“These rocks were originally located 153 meters apart and began moving within 6 seconds of each other. Both rocks initially reached speeds of 5–6 metres per minute that fell to 3–4 metres per minute by 6 minutes into the move event.” 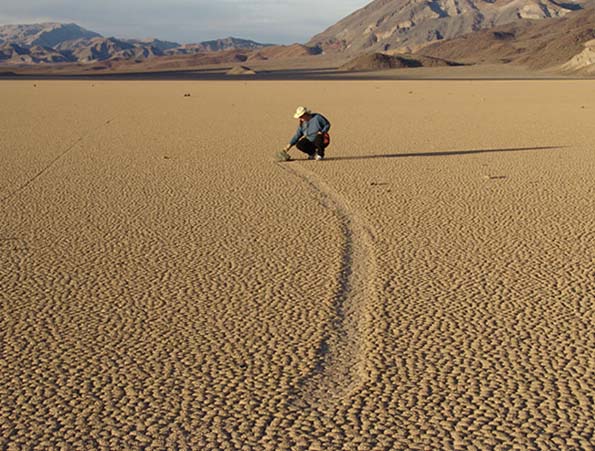 Although this hypothesis has been made before (along with many others) this is the first time peer-reviewed proof of the phenomenon -and what causes it – has been confirmed by science.

Rock tracks imprinted on the surface of Death Valley. Photo by Jim Berneike

Interested in visiting Death Valley? Here’s how to get there

McCarran International Airport near Las Vegas is the closest commercial airport to Death Valley. There are also two small airstrips within the park for private plane access at Furnace Creek and Saline Springs.

The nearest city with an train station is Barstow, which is served by the Southwest Chief  Chicago to Los Angeles route.

You will need to rent a car from Las Vegas or Barstow as there is no public transportation to and from the park. (If you get stranded in the park, you can have a rental car delivered from Pahrump, about one hour away in Nevada.) 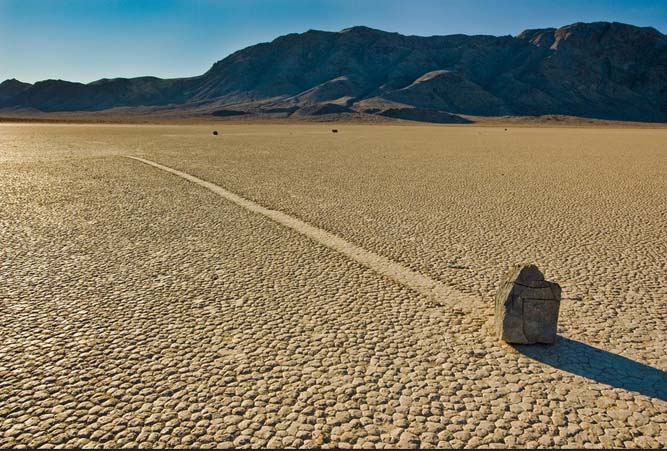 A version of this article was originally published on Weather Underground. Read the original article here