How nature turned our rubbish into an incredible glass beach

Along the rugged coastline outside Fort Bragg in California colorful stone like shapes glisten from the sun. As you approach the rainbow coloured beach filled with red, blue and green stones, you notice something strange. These are not stones.

In fact, upon closer inspection they are polished bits of glass formed over decades from pounding waves.

But how did it get here? 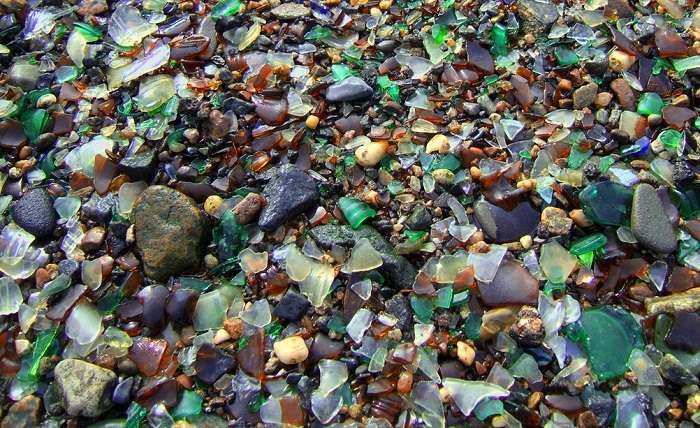 Incredible glass beach destroyed by humans, but reformed by nature. Photo by Astoria4u

Nearly 100 years ago locals at Fort Bragg started tossing their garbage over cliffs and onto the shore. As the pile of rubbish collected, residents began burning the garbage to reduce its size. Everything from old cars to appliances were discarded over onto the beach.

It earned the name “The Dump” and some locals claimed they had no idea it even existed. That may be true, but the damage was visible and so something had to be done.

60 years later in ’67  the local government had no choice but to close the area due to the uncontrollable amount of waste. So the beach sat there discarded and abused by human hands for over 30 years.

What happened next to the beach was amazing 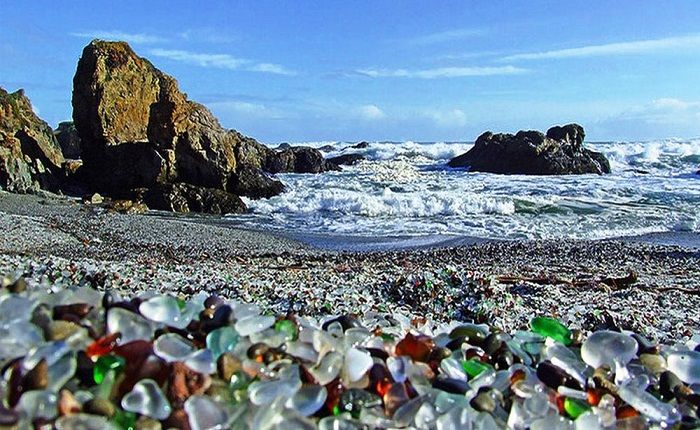 Pounding waves shaped the stones and reclaimed the beach. Photo via Utiful1

Over the next few decades the intense pounding of waves cleaned up the beach. This force of nature broke down everything organic except for the glass and pottery leaving behind shiny smooth coloured pieces that now cover the beach.

Despite the power of nature, by 1998 the beach was still unsafe and polluted.

The great clean up begins and beach is named Glass Beach 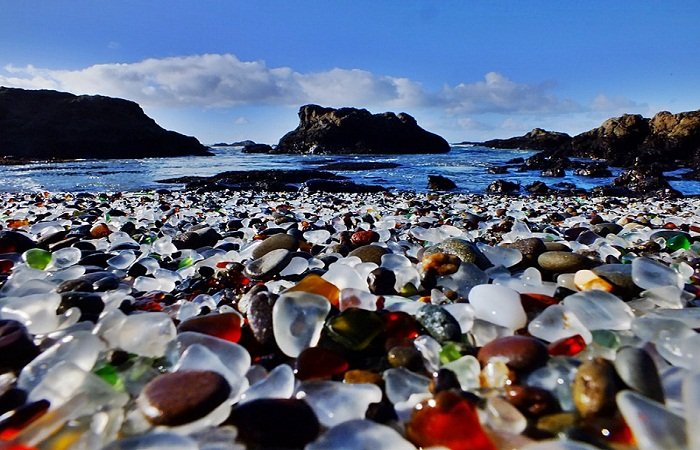 After the cleanup the beach was reopened to the public. Photo by Jim Douglas

The owner of the private beach began to notice this amazing transition. He decided the beach should belong to the public and with the help of the local council a 5-year clean up process was initiated.

Shortly after the clean up finished in 2002 the state government purchased the beach and integrated it with the MacKerricher State Park and the beach was named Glass Beach.
With a bit of help from humans nature had finally reclaimed the beach.

Tourists are allowed onto the beach 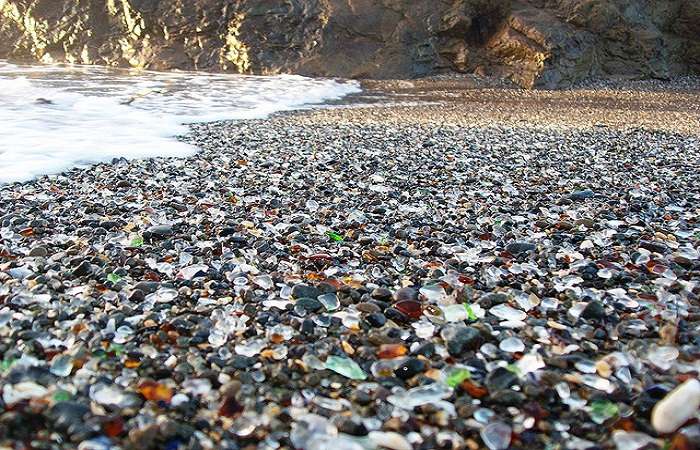 There are many signs posted throughout the beaches asking visitors to leave the stones. Unfortunately over the years despite warning signs, tourists have depleted many of the shiny stones.

Local residents have marveled at the rejuvenation of the beach and how beautiful it has become. One resident Don B. remarked at how much glass there is on the beach.

“It is amazing how much glass there is on the beach. You can dig deep and still see glass. It is so colorful and people,” said Don B