5 must see places to visit in Mexico

There are so many wonderful places to visit in Mexico. Rich in culture and history, Mexico is a travel destination for the bold, brave and the daring. It’s quite unlike any other place; street parties by the dozen, tequila bars in the street and bull fighting in Mexico City are of the norm. Mexico was once considered a dangerous place to travel, and was originally listed on Smart Traveller websites as a place of caution – but not anymore.

Places to visit in Mexico

It’s now a place of adventure, full of exciting things that are unique to Mexico only. In the period between January and July in 2011, Mexico saw an influx of over 11 million tourists visiting the many charms that this country has to offer.

To break down your much-needed trip to Mexico, here is a list of the five must-see places to visit in Mexico 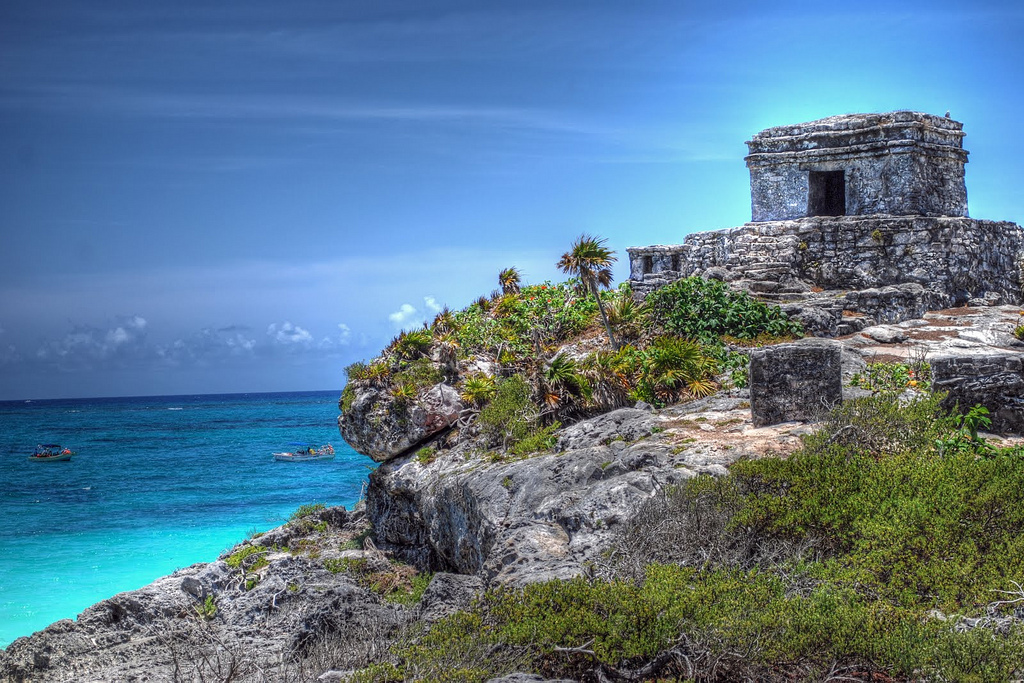 The ancient beachside ruins in the city of Tulum. Photo by StGrundy, flickr

Situated on the east coast of the Yucatan Peninsula in the southern part of Mexico is Tulum, an ancient city dating back to 1200 AD. It was originally the major port for the Mayan city of Coba, when Mayan civilization was once at its peak. However, the city was designed and built on the verge of the decline in Mayan population, and so its charm rests entirely on natural attractions rather than elegant and ancient buildings. The coast line is stunning, with clear blue water and white sand beaches, all on steep and secluded cliff and rock faced coastline.

On your visit to Tulum, ensure to see the Tulum Ruins, which reside over unique and ancient coastline. The structures are ones to marvel at – of late post classic design, they aren’t as big and grandiose as some other ruins but the view from them makes them all the more special.

You can stay in a hostel from around $US10 per night in shared or private dorms – depending on the accommodation offered, or on the other hand you can spend your evening relaxing in 4.5 star luxury at the Dreams Tulum Resort & Spa for roughly $370 a night.

A beautiful colonial city, built into the mountains of the Sierra e Guanajuato. The city was founded in 1554 and was once one of the richest silver mining areas in Mexico. Since then, the city has seen a boom in the construction of unique and colourful buildings and winding city streets. This is a city perfect for pedestrians and street markets, with most of the roads being built in underground tunnels, there’s very limited traffic above ground and that’s what makes Guanajuato so unique.

Explore the alleyways and streets of the city and try the food that the hidden restaurants have to offer. Guanajuato has some of the most exceptional examples of colonial Baroque architecture, so make sure to get some photos. Visit “the church that silver built” – the Templo de San Cayetano in the village of Valenciana.

Hostels in Guanajuato start from roughly $12 USD and range in price, anywhere between $20 and $25 per night, depending on whether you prefer shared or private accommodation and the availability of rooms in peak periods. The Hogar de Camelita Guesthouse has one of the best ratings and offers private rooms for only $22 per night. The Villa Maria Cristina is considered a luxury boutique hotel, offering guests fine dining, wine and a rooftop spa. Accommodation ranges between $220 and $380 per night. 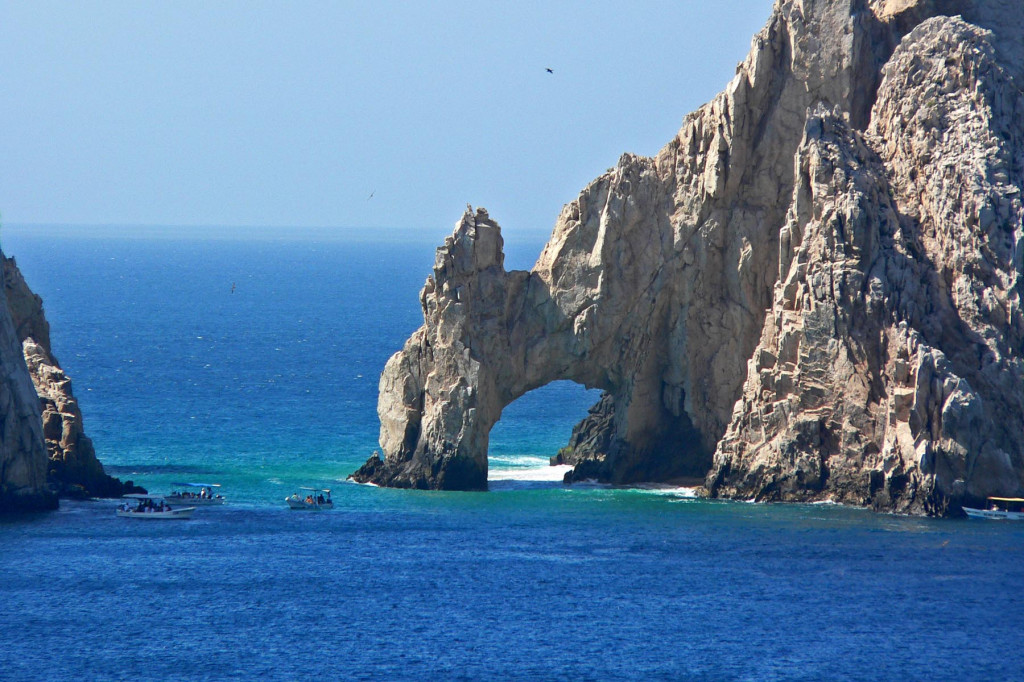 The area that’s the best of both worlds, Cabo San Lucas is a haven for partygoers and chilled travellers alike. The area is known for offering great parties, tequila and all night dancing – but there’s so much more than just that. Located at the southern top of the Baja California peninsula, this party town is exactly where you want to be if you enjoy margaritas, conga lines and lying on the beach.

Make sure to visit the beaches of Cabo, including Playa Medano where the water is crystal blue and warm. Visit Land’s End – the most impressive attraction in Cabo – to see pelicans and sea lions and to marvel at the uniquely eroded natural arch, El Arco. To add to all of that excitement, there’s also an endless list of activities you can immerse yourself in, including jet skiing, banana boating, swimming, snorkelling, fishing, parasailing, kite ailing, diving and horse back riding. You won’t ever be bored in Cabo San Lucas.

Hostels in Cabo range in price, starting at roughly $US13 and going anywhere up to $30. Keep in mind that prices will change in the warmer months as tourists flock to the area to get their party on. If you are more inclined to relaxing on private beaches, opt for the beautiful Sirena Del Mar resort – with stunning rooms, private beaches and pools and great outdoor dining. 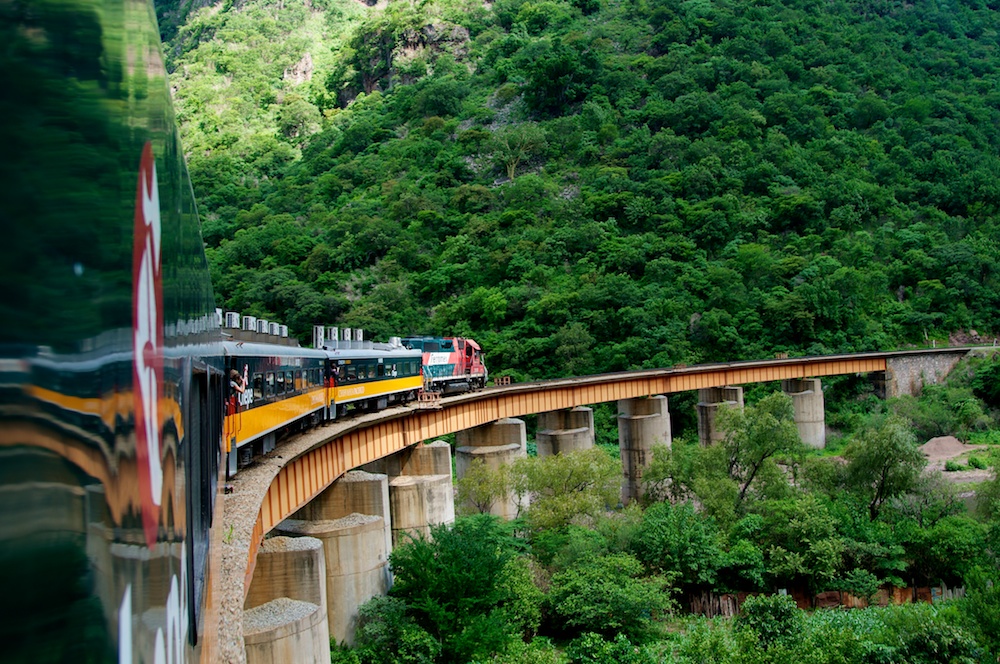 The train from Chihuahua City to Copper Canyon. Photo by Ralph Velaso, ralphvelasco.com

Larger than its Arizonian counterpart, the Grand Canyon, Copper Canyon is an area of amazing green scenery, stunning waterfalls, hot springs, lakes, caves and a number of outstanding rock formations for travellers to explore. At the bottom of the Canyon lives a remote village of native Tarahumara people. To get to the canyon, organise the train trip on the El Chepe from Chihuahua City – the trip is six hours in total but you see some amazing scenery on the way.

When you’re there you should hike, mountain bike or go horseback riding all with local guides. The guides give great information on the history of the area and of the native people who still live there. You can also visit the Copper Canyon Adventure Park that’s home to a scenic gondola and seven zip lines with two suspension bridges – great for those over the top views.

The best option for accommodation is in Chihuahua City. The best option is the Best Western Cumbres Aeropuerto – a four star hotel, located close to the airport and offers city transfers so that you can catch the train to Copper Canyon. Rooms start from only $75 USD per night – and go up to roughly $95. 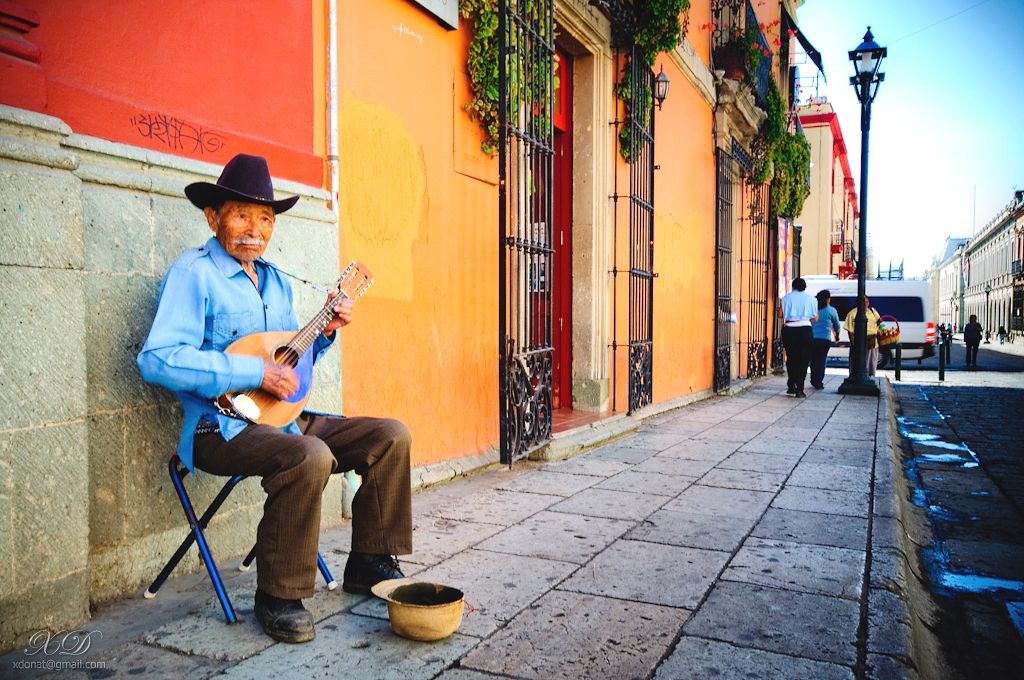 Street players in the bright and cultural city of Oaxaca. Photo by Xavier Donat, flickr

The capital city for the state of Oaxaca in the southern end of Mexico, this city is wonderfully cultural and bright. It’s a city best known for its indigenous people, culture, religion and festivals – each as colourful as the one before. Most travellers visit the area of Monte Alban, a large pre-Columbian archaeological site that was once a civic-ceremonial centre. The pyramid complex is stunning and the strength of the architecture is outstanding, a must-see for any traveller to Mexico.

The city was founded in 1529, and has since been listed as a World Heritage City. Make sure to visit the coastal city of Puerto Escondido on a day trip – it’s a small port and beach great for surfing. In the city centre of Oaxaca, visit the Ex Convento de Santo Domingo and the Museo de las Culturas de Oaxaca, both of which are beautiful buildings that will give you an insight into the culture, past and present of the indigenous people of Oaxaca. Move on to the Cathedral of Our Lady of the Assumption, and then spend the rest of your time at one of the many street markets throughout the city.

The Pochote Market is an outdoor market great for organic goods and vegetables. Whereas the Mercado Benito Juarez is a market built under one roof – clothes, leather goods, fresh fruits, flowers and meats are on offer.

Hostels start at roughly $10 USD and go up to about $25 per night. However, staying in a hotel may be the better option – you can stay in the 4.5 star Hotel Victoria Oaxaca for only $90USD per night. What a bargain!