7 of the strangest places to stay around the world

When people think of accommodation, they usually think of a resort, a hotel, a hostel; maybe a campsite – but there’s a whole different type of accommodation that’s becoming very popular in the travel world. Basically just about anything that has a bed and bathroom facilities can be considered as travel accommodation, and there are some pretty bold examples out around the world that really show off the creative flair of accommodation owners. Forget about luxury infinity pools, room service and king size beds because here’s our list of the weirdest and wackiest places to stay around the world:

Strangest places to stay around the world: A 1950’s Bristol Freighter (New Zealand) 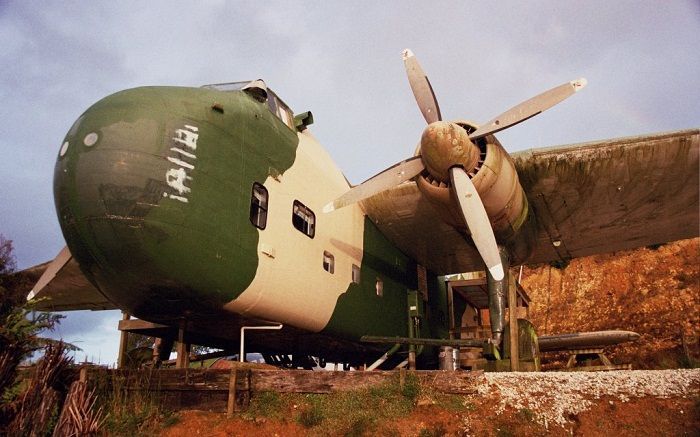 A 1950s Bristol Freight plane which is a war relic turned hotel. Photo via hovo-hotels.blogspot.com

This “two room” innovative accommodation is an aeroplane that has been entirely refurbished into two self contained motel suites, located just two minutes from New Zealand’s Waitomo “Glowworm” Caves in a place called Woodlyn Park. The plane is an actual war relic – one of the last allied planes to come from Vietnam. Now, however, it houses people. The “cockpit unit” of the plane can sleep up to four people, but it’s suggested that the low ceiling end is reserved for children. The “Tail unit” can also sleep up to four people, the roof is higher – but expect to sleep in narrow bunks. The benefit of staying in this unique little place is that you are close to some pretty major destinations in New Zealand and there are local places to go for horse riding, rafting and caving – there’s really no point to staying in a regular hotel if there’s a cool war relic to stay in instead, is there? 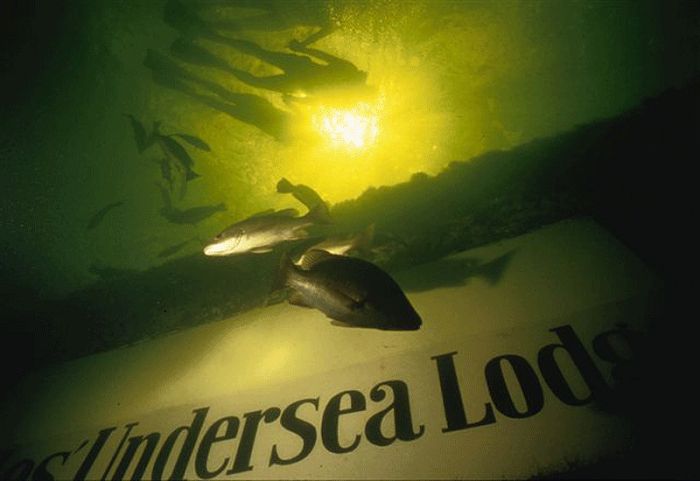 Dive into Jules Undersea Lodge to experience life with the local fish. Photo via zazuzoom.com.ua

This one is for all the diving fanatics and experts – it’s an underwater lodge which can only be accessed by diving. Guests must pop on their diving gear before even stepping in the door of the lodge and you must be a certified diver. If you aren’t, then that’s no problem, you can just grab your diving license on site (costs apply and you must be over 10 years old). Swim and dive through the local mangrove underwater forests and enter into the wet room, where you will be directed to the common room. Underwater, there are two rooms for accommodation, as well as a dining/kitchen room. There’s also a TV/DVD in your common room and plenty of windows around for you to gaze out of. Oh, and for all of those travellers who can’t go without WIFI – don’t worry, that works underwater too! 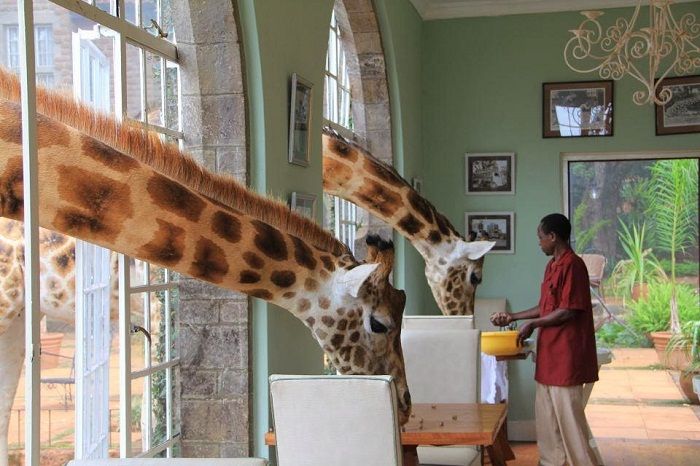 One of Nairobi’s most iconic buildings is Giraffe Manor, which is famous for exactly what it was named after – it’s giraffes. The highlight of the accommodation is the visit of resident Rothschild giraffes, which stick their heads through high windows in search of treats. They often visit a few times during the day, so it’s very common for guests to see them more often than once. 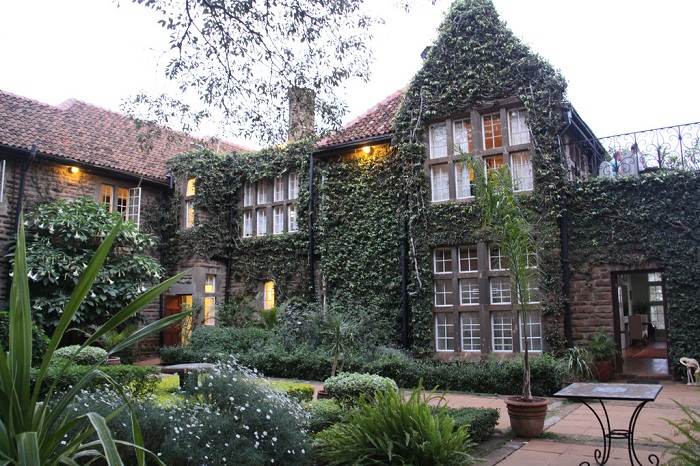 The beautiful residence of the Giraffe Manor. Photo by Samuel Globus, flickr

The accommodation houses up to 25 guests, and is actually quite beautiful. It’s located on 12 acres of private land in an indigenous forest and has stunning green gardens, terraces and courtyards for guests to enjoy. The building dates back to the 1930’s when Europeans visited Africa. The great part about Giraffe Manor is that not only can you get up close and personal to the local giraffes, but you can quite literally go on safari tours every day. The manor hosts local excursions where guests are even invited to meet, feed and adopt baby elephants. 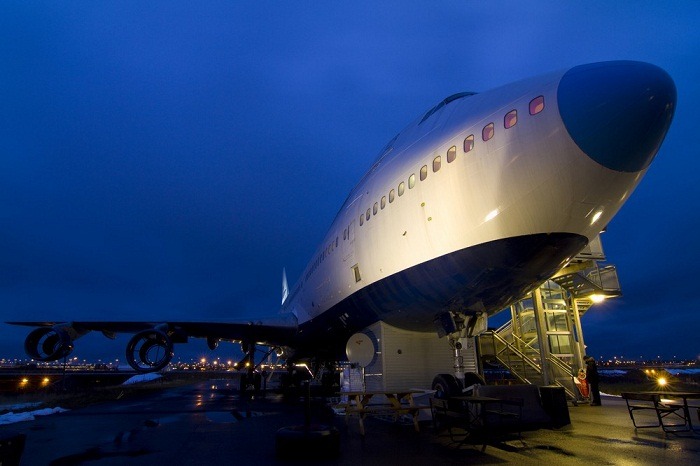 Jumbo Stay hostel has been transformed with beds and a functioning cafe. Photo via tourismontheedge.com

In Stockholm, there’s a massive jumbo aeroplane that has been converted into a fully functioning hotel – and no, you don’t sleep in uncomfortable seats but guests are offered beds and rooms that can sleep up to three people. Some rooms on the jumbo plane are even fitted with private wash rooms and showers. There are 27 rooms on the plane, as well as a cafe where guests can buy breakfast foods, coffee, and snacks. Guests are now also given the option to walk along the left wing of the plane to observe the plane from a different perspective. 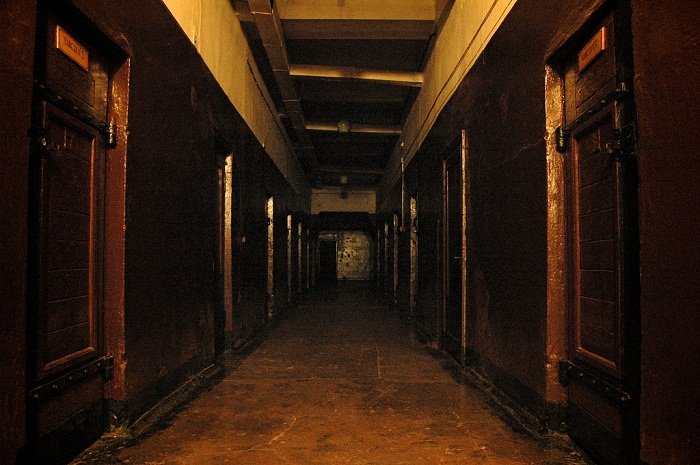 The eerie interior of the Karosta Prison Hotel in Latvia. Photo by pegasoreise, flickr

Staying at the Karosta Prison is more than just an accommodation choice; it’s an experience. It actually was a fully functioning prison in the past, located in the city of Liepaja in Latvia and was once operated under soviet rule. According to the history of the prison, many people died whilst being detained and so it is believed to be one of the most haunted hotels in Europe. What makes this hotel so interesting though is that upon entry, you are treated as a prisoner (minus all of the war crimes and corruption). You will be given a room with iron bars, with a simple bed, dresser and toilet and if you sign a contract on entry, you will even be given a meal similar to those people who once were prisoners. Overall, the whole feels is very authentic – but keep in mind, it’s only for those who are brave enough to try it! 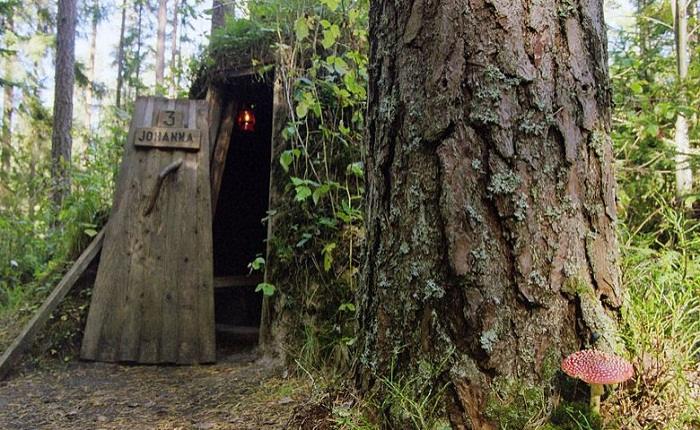 This is accommodation quite unlike any other – closer to camping than anything; this lodge has no electricity, no showers and no technology whatsoever. It’s the most ideal place for travellers who are all for the organic or those who want to get in touch with nature. Located in the forests of Sweden, just two hours from bustling Stockholm, this isolated little lodge is quite the majestic place to stay. Each hut is located in between the trees and houses two beds and a fireplace. There are no mattresses so don’t expect luxury at all. You are provided with sheep skin rugs though, so don’t stress too much about being uncomfortable. Everything at the lodge is self-catered. If you want a coffee, you have to fetch water from the spring, boil it yourself on your fireplace and make yourself a coffee. It’s organic though, and it’s quite refreshing so it’s well worth it. Same goes for meals, doing dishes and bathing. All natural! 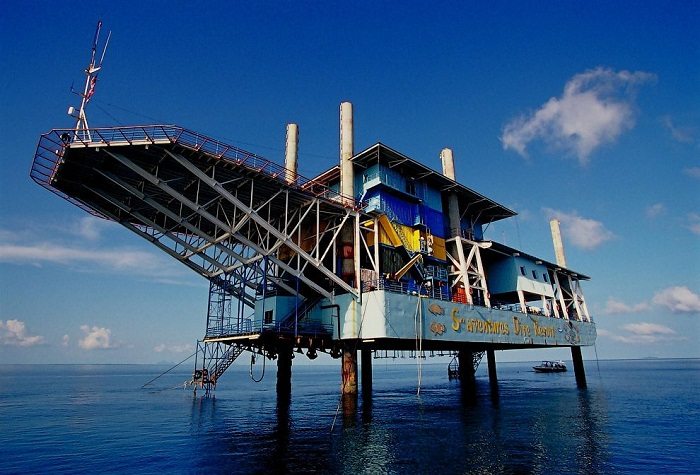 Out in the middle of the sea, just off Mabul island in Malaysia is an ex-oil rig, now diving accommodation. This is the place to be for deep sea diving, with the rig directly lowering guests into the reef below where they can encounter ribbon eels, various types of fish, whale sharks, octopi, barracuda and turtles. Guests have the option of suites, or twin/double rooms. For those who are travelling in groups there are also dorm rooms available. There is a fully functioning bar and restaurant, as well as a local band that plays weekly. When guests aren’t diving they have open use of the games room, conference lounge and the sun deck.