On the road: Travelling Indonesia by motorcycle (Part 1) 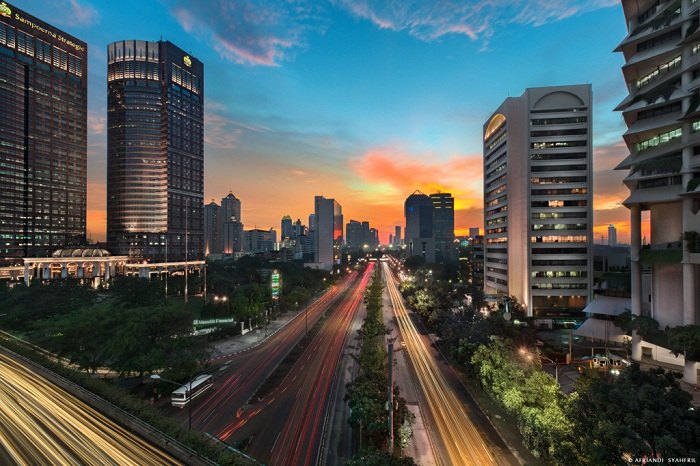 Most people don’t have an accurate perception of the nation and even the more knowledgeable traveller will often neglect this extraordinary archipelago in favour of a more established tourist destination. The reality is that Indonesia is an absolute goldmine of travellers treasure, a true wonder of wonders.

The thing that makes Indonesia truly staggering is the amount of people that live here and the 5000km long chain of over 17,000 islands that they live on.

Despite being so close to each other, the geographical barrier of oceans was enough to ensure that many of these islands developed independently of each other for long periods of time, leading to a great diversity in religion, lifestyle, language, cuisine and traditions.

Tourism is relatively undeveloped throughout Indonesia with the exception of beach-haven Bali, making it a great option for intrepid travellers seeking off-the-beaten-track adventure. 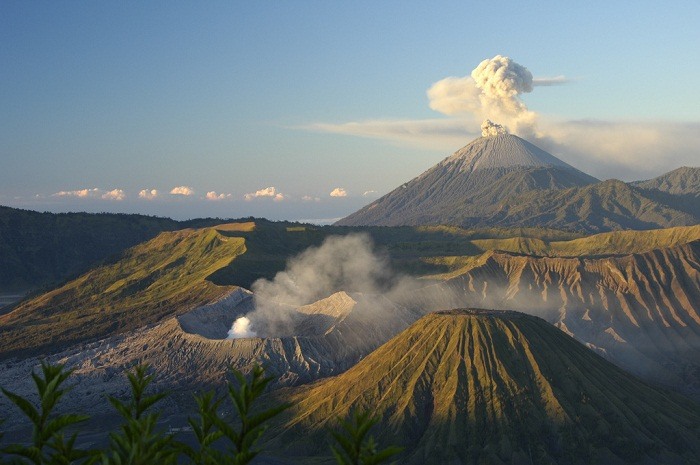 Indonesia’s favorite form of transport sepeda motor (motorcycle) is without doubt the best way to travel throughout Indonesia.

Motorcycles are the most popular vehicle in Indonesia by a good margin because they are cheap to buy, cheap to run and they negotiate traffic much better than cars. It is commonplace for young families with up to three children to rely on motorbikes as their sole form of transport on most islands in the country.

Due to their exceeding popularity, there are very few places that you are unable to reach on two wheels in Indonesia and the feeling of being in your surroundings on a motorcycle cannot be compared to staring through the window of a car. For the purposes of this guide, we will travel nearly 5000km from Medan in northern Sumatra to western Timor all by motorcycle.

Pick up your bike and prepare to start in Sumatra 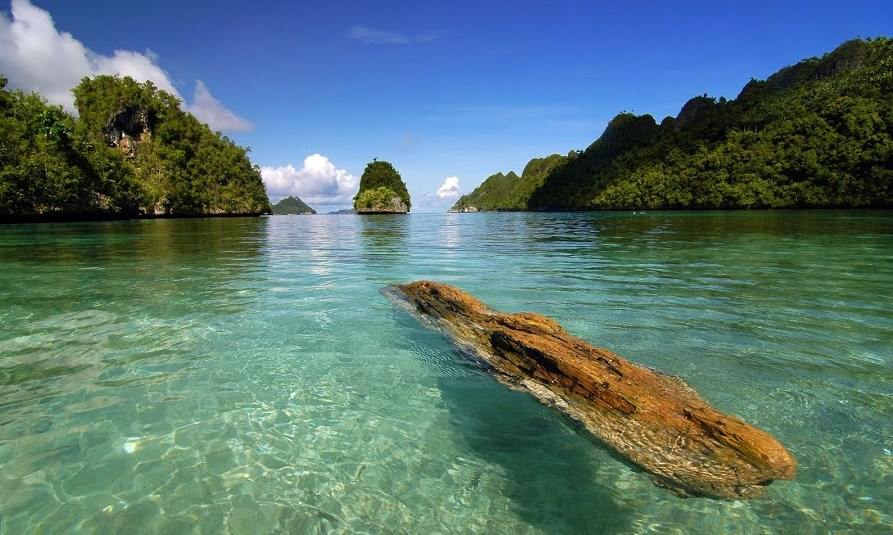 Dense jungles, active volcanoes, bustling cities and a robust local culture characterise Indonesia’s most western island, Sumatra. This is a dynamic landscape shaped by the movements over millennia of rugged mountains, fierce oceans and fiery volcanoes. 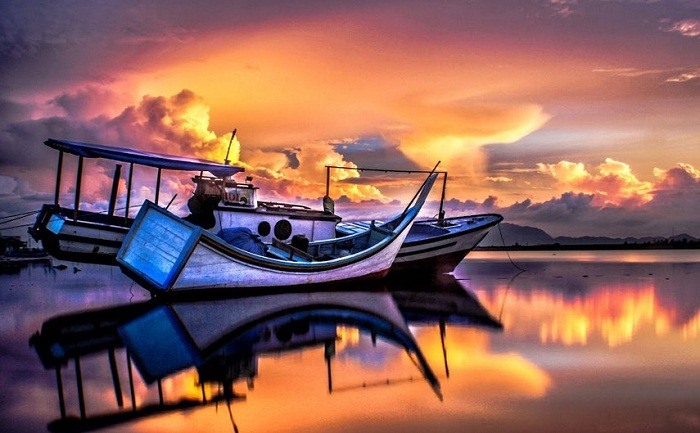 Another amazing sunrise in Banda Aceh. Photo by Muhammad Syuhada

Despite these violent natural changes heavy rainfall has created fertile soils and coloured a superfluous rainforest with every shade of green. The people have remained faithful to tradition in the face of unprecedented development with over 52 tribal languages still spoken and a strong adherence to local custom. This is Indonesia’s adventure island full of unpredictable contrasts and unbelievable beauty.

Preparing for the open road. Grab your oil and supplies 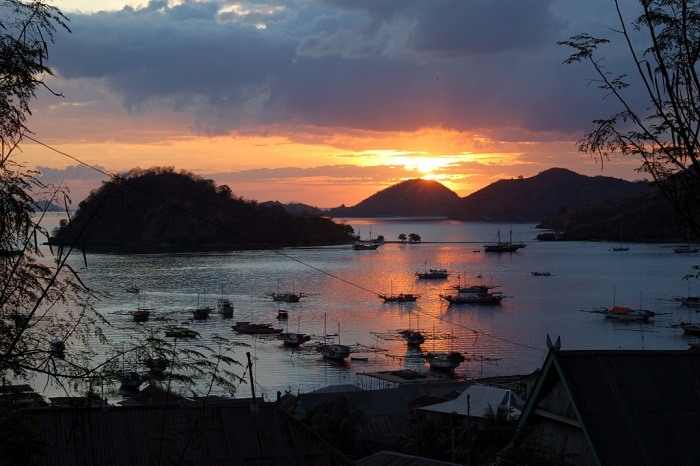 Fishing town of Labuan Bajo is a must visit in Flores. Photo by Rosino, Flickr

Sumatra’s capital city Medan is the third largest in Indonesia and an excellent starting point for any motorbike tour of Indonesia.

Buying any of the motorbikes listed above and any supplies you need to stock up on will be cheaper and easier here than some of the more tourist-popular towns of Sumatra and the newly opened Kuala Namu International Airport has made it much easier to find direct international flights.

Jakarta and Surabaya would also be good starting points for a motorbike tour of Indonesia but if you wanted to maximise your mileage through Indonesia Medan is an excellent starting point and gateway to Sumatra. From here, it is just a short ride into wild Sumatran jungle of Gunung Leuser National Park, famous for Bukit Lawang and its orang utans. Lake Toba is another popular destination in northern Sumatra whilst the more adventurous might venture as far as Aceh on the far coastline.

From Northern Sumatra the logical decision would be to head south into the fertile highlands, lakes and volcanoes of western Sumatra. Less than a day’s drive from Medan lies Bukittinggi, perhaps Sumatra’s most popular tourist destination and with good reason.

The highlands here are lush and the successful cultivation of cinnamon, coffee and tapioca plantations here has made the people relatively wealthy and the volcanic lake at Danau Maninjau just a short drive away. The capital of this region is Padang, which lies on the coast facing into the Indian Ocean. It is hot and busy and loud but it is also the cultural home of the Minangkabau people and an excellent place to sample authentic Sumatran cuisine.

Java is well known for having some of the most lush country. Photo by Jose Javier.

Another few hours or so on the bike heading south will take you into southern Sumatra, a region dominated by rivers to the east and mountains to the west. Palembang is the capital and is one of the best places in Sumatra to see Dutch colonial architecture but this is one of the few tourist sights in southern Sumatra and there are far fewer visitors to this region than in western and northern Sumatra. The scenic drive through rice-fields and over bridges from Palembang to the port town of Bakauheni is a spectacular one though and a great chance to see the area’s unique geography.

The vehicle ferry from Sumatra to Java departs the small and admittedly unappealing port town of Bakauheni twice-daily heading to Merak on the northwestern tip of Java. 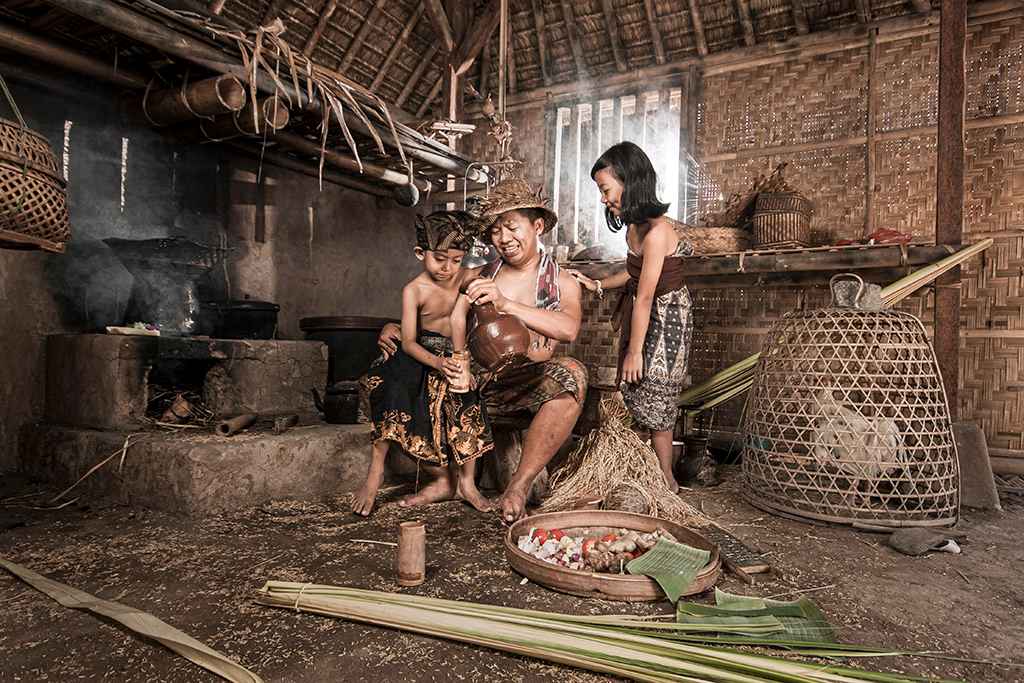 A family gathers in their hut in Indonesia. Photo by Pandu Adnvana, Flickr

The ferry takes around 3 hours and costs 6 USD for a passenger with a motorbike. The Selat Sunda Bridge is scheduled for completion within the next decade, which will make travelling between Sumatra and Java by motorbike even easier.

Places to stay along the way 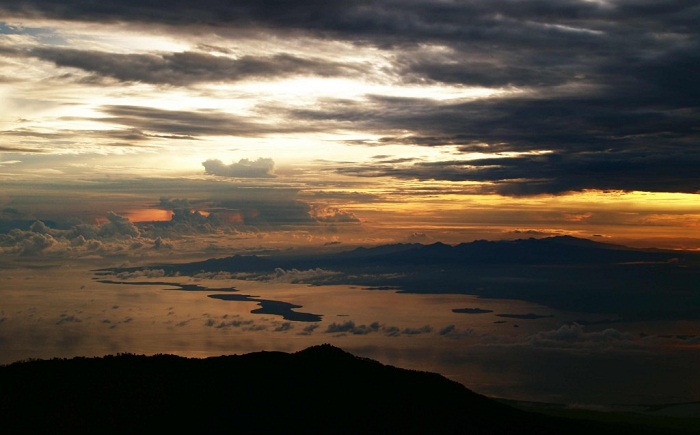 Medan – The majority of accommodation in Medan is on or near the main road, Jl. SM Raja in the city centre. This makes it a great place to experience the bustling nature of Medan, but not such a good place to escape from it. In general, budget options in Medan are not great and it is commonly advised to spend a little more and avoid creating your own horror story. The midrange options in along this road only cost between 15 and 30 USD per night, with nicer and, importantly, cleaner rooms then the budget options.

Bukittinggi – The Orchid Hotel is a great backpacker option for meeting other travellers and swapping notes in a very non-touristy area, becoming a local meeting point for many visitors to Bukittinggi. It will set you back about 8 USD per night and is located on the main tourist stretch of Jalan Teuku Umar 11. Prices on this stretch range from around 8 USD for various homestays up to about 20 USD per night for some of the midrange options.

An equatorial sunset as seen from Rani Island in Irian Jaya. Photo by ♪ ~, Flickr

Palembang – Accomodation in Palembang isn’t great, with even mid-range options falling around the ‘just acceptable’ mark. Hotel Al Feth Malia is set on a quiet street, has basic rooms and will cost you about 10 USD a night. Hotel Sari costs about 15 USD per night and is probably the best value for money in the area. 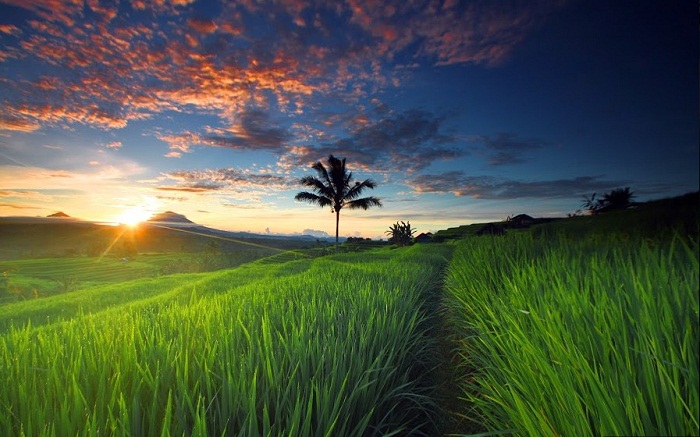 The dry season is the best time to visit Sumatra. Dry season starts in May and ends around September. The monsoon season begins in November, where afternoon rains are common and become more frequent as December and January approach. Travel is still possible during this time but may slow your trip down and cause some last minute changes of itinerary. West Sumatra gets the most rain of any region of Sumatra at about 3500mm per year and the weather can be an issue at any time of year. Your best bet is to get up early and see as much as you can before the afternoon rains begin. 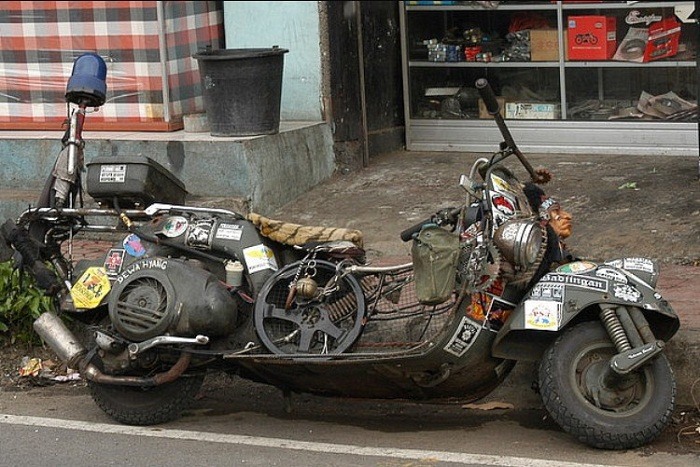 Whether you choose to rent or buy, deciding on a motorbike will depend on both your budget and itinerary. Scooters, or bebek as the locals call them, between 80 and 125cc are by far the most common form of vehicle used in Indonesia. The smaller models between 80 and 110cc are generally automatic and make getting around an Indonesian city phenomenally cheap, easy and quick. These models are also perfectly capable of travelling between most cities but steep inclines and dirt roads might give them trouble. Expect to pay somewhere between 200 and 800 USD for one of these scooters depending on its age, make and mileage. Semi-automatic and manual scooters of around 125cc are generally heavier and better suited to long journeys, and one of these bikes can take you on just about any road in Indonesia. They are slightly more expensive, so expect to pay between 800 and 1000 USD for a reasonably new model. 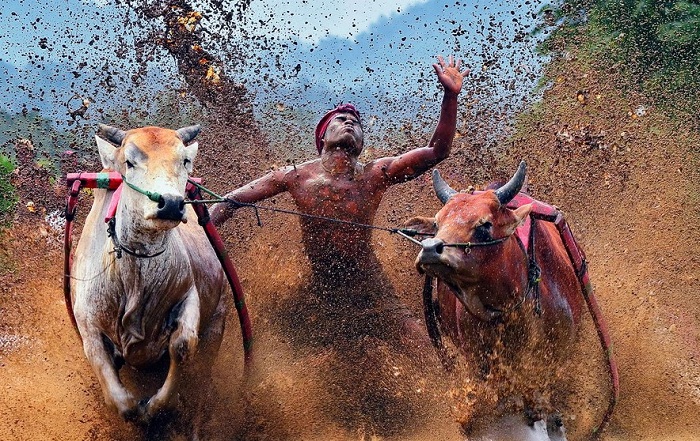 Racing bulls is a tradition through many Indonesian cultures. Photo by Hendra Nas

There are a huge number of scooter models to choose from but the market thins out once you start looking at bigger engines and bikes with fuel tanks between the legs rather than under your seat. The 200cc Honda Tiger and the Suzuki Thunder, which comes in a 150cc or 250cc model, are both durable road bikes, whilst the 160cc Honda Mega Pro is a good cheaper option. These might set you back between 1500 and 2500 USD.