Kenya is famous for its safaris and diverse wildlife reserves and national parks such as the East and West Tsavo National Park, the Maasai Mara, Lake Nakuru National Park, and Aberdares National Park.

Kenya is a sovereign state in the African Great Lakes region of East Africa and its capital and largest city is Nairobi. It has a warm and humid climate along its Indian Ocean coastline, with wildlife-rich savannah grasslands inland towards the capital.

Nairobi has a cool climate that gets colder approaching Mount Kenya, which has three permanently snow-capped peaks. Further inland, there is a warm and humid climate around Lake Victoria, and temperate forested and hilly areas in the western region.

What to expect on a safari 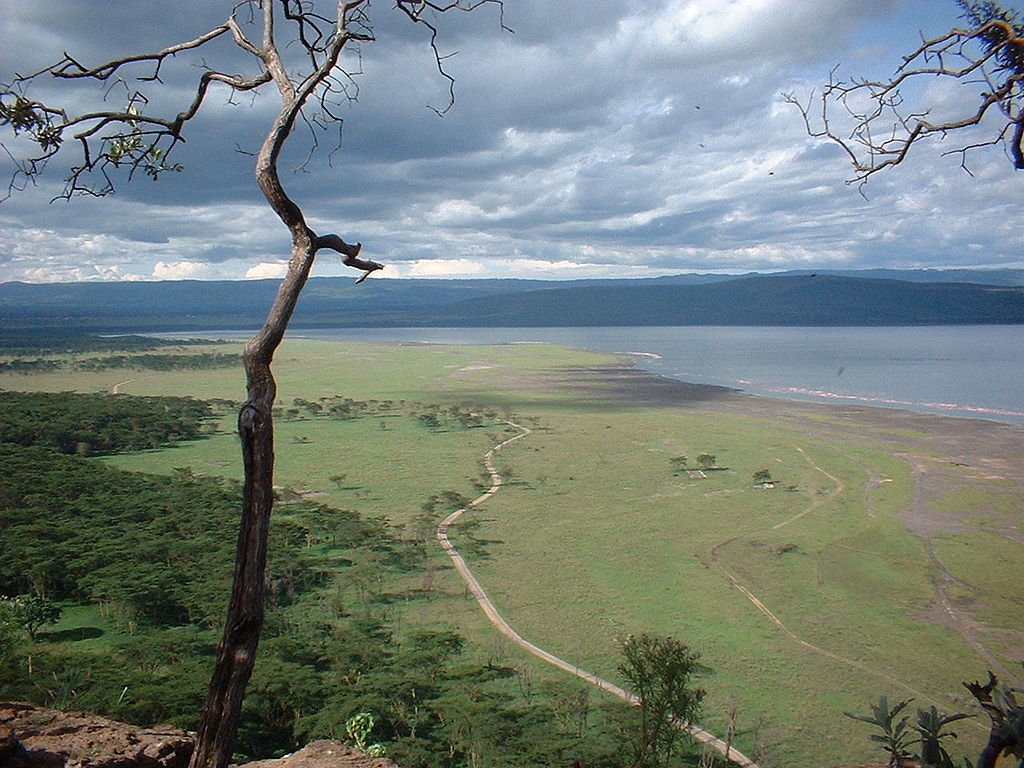 An African safari involves several wildlife game drives, staying in remote locations, and observing the behavior and survival skills of nature’s inhabitants. The novice explorer chooses to be electronically unplugged from the modern world no newspapers, television, phones, or radio, no fast food chain restaurants, no vehicular traffic, no crowds of people, and no manmade noises. Each day on safari is a series of spontaneous, unexpected, natural events.

The best months for viewing wildlife 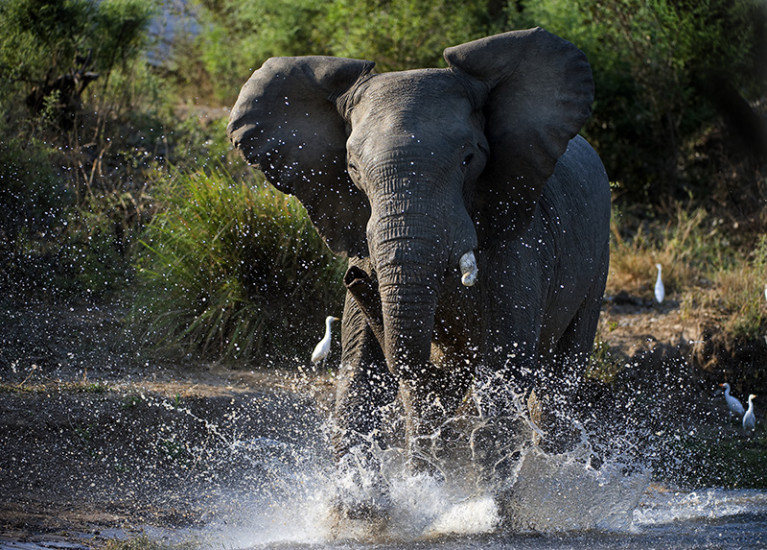 If you wish to witness the annual Wildebeest migration then the best time to go on safari in Kenya, specifically the Masai Mara, is from July to October, but this is the time when there will be most tourists. Lodges will get booked up early in the year and there are more safari vehicles on the roads, which in turn causes more disturbance to the wildlife.

The dry season from January to March is also an excellent time for wildlife viewing, as the animals gather in huge numbers round water holes, rivers and lakes and the vegetation is less dense which makes for easier viewing of the wildlife from a distance.

Staying safe in the wild 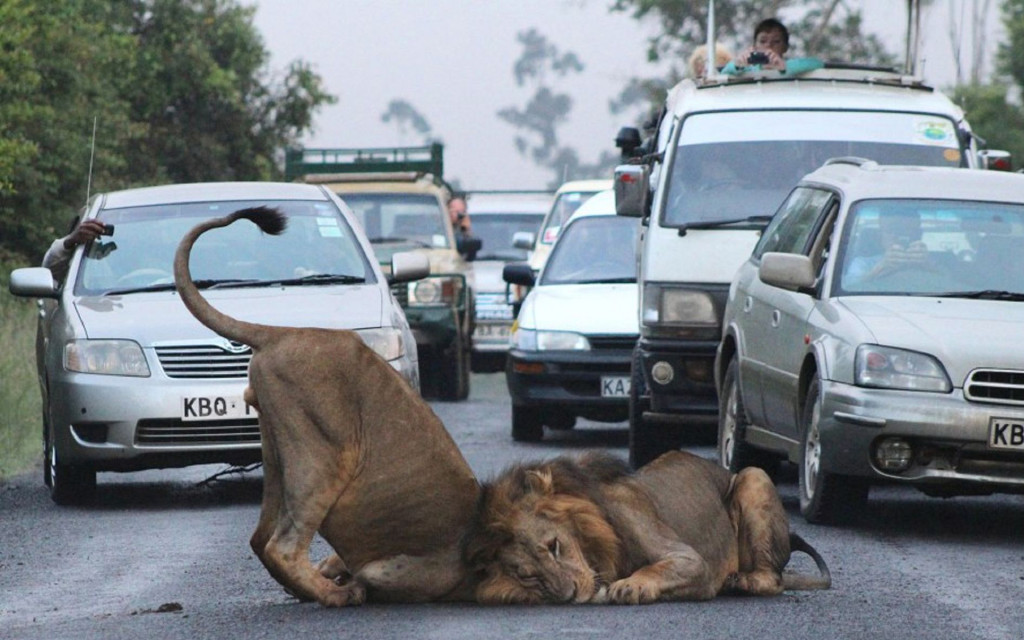 Spotting big game in Africa is one of the great travel adventures. Surrounded by wide-open landscapes, dangerous animals, and the continent’s raw beauty, no matter where you go in sub-Saharan Africa there are rules and regulations in place to keep the travellers and the animals alive.

Be aware, most rangers would rather watch you get eaten before they kill one of their beloved animals, so it is important to follow the rules.

1. Always stay in the van, truck or 4WD. Africa is not a zoo and its animals can eat you. There have been too many terrible cases of people getting out to try and grab the perfect photo and it may not end well.

2. Never turn your back. This is more for the brave souls who undertake a walking safari (one of the great joys of Africa). The only thing that turns and runs in Africa is prey, and you don’t want to become the prey.

3. Listen to your guide. Not every situation can be safe, so if your guide advises you to move on or back away, then do so.

4. Keep quiet. Animals scare easily and talking too loudly can lead to missing an amazing sight, such as a pride of lions, simply because the chat was too loud.

5. Take health precautions. Being in the wild will bring you in contact with all sorts of nasty infections: malaria, sleeping sickness and dysentery are just a few of the lovely diseases you can pick up. Make sure your vaccinations are up to date, and take precautions against insect bite by wearing loose clothing, insect repellent and sleep under nets. 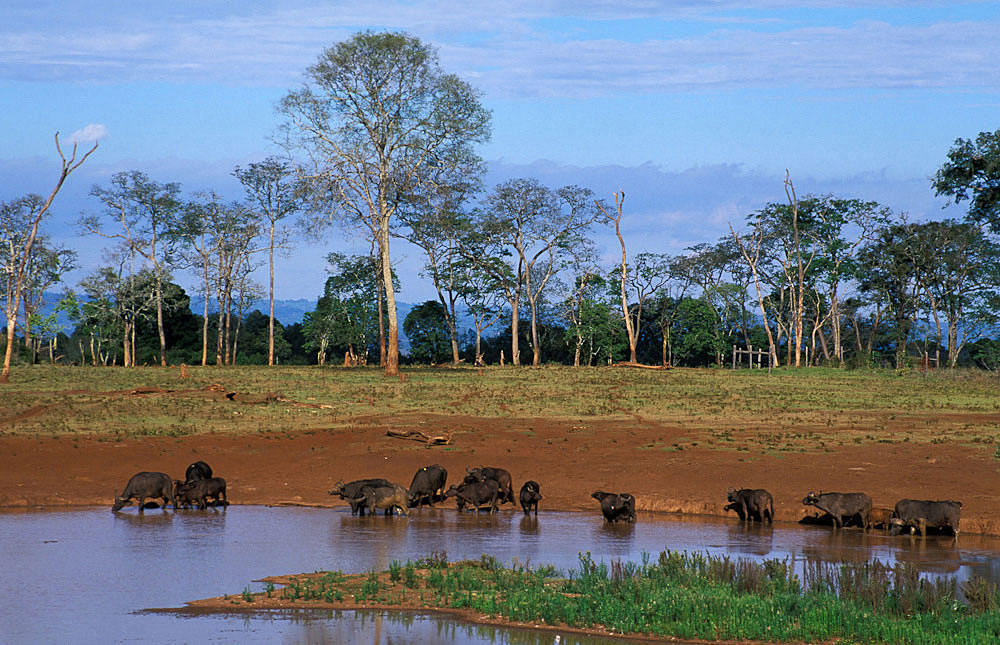 The Park is part of the Aberdare Mountain Range which forms the steep eastern edge of the Rift Valley. It lies approx 150kms north of Nairobi and has an altitude of 7,000 to 14,000 ft. The scenery in this region is spectacular and impressive as is the range of wildlife. 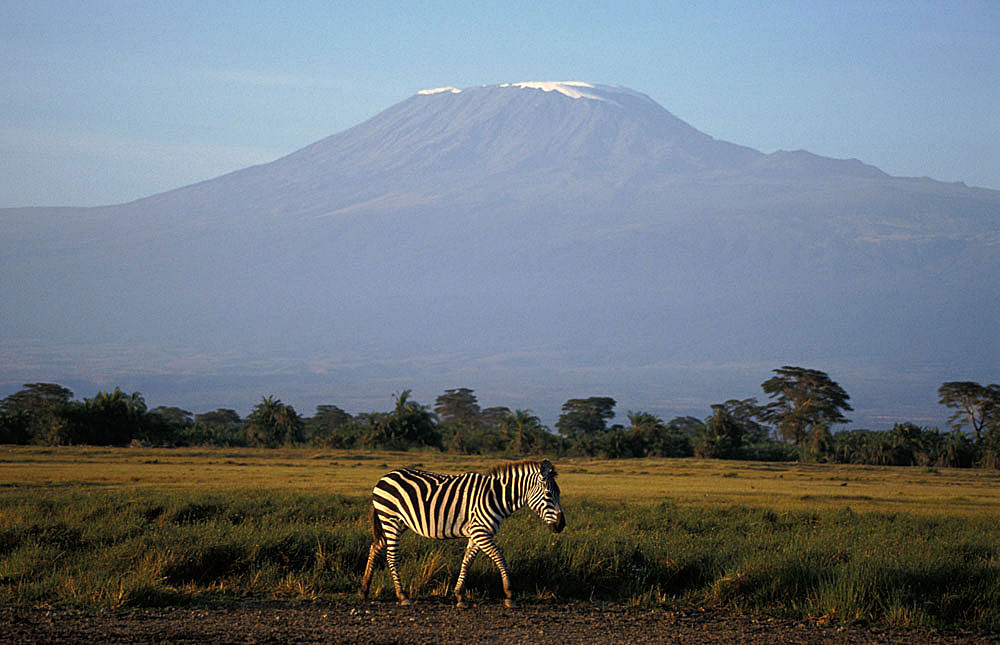 Amboseli National Park, although small, at approx 395 sq km, is one of Kenya’s most popular parks. The views of Mount Kilimanjaro, Africa’s highest peak, coupled with the variety of game to be found, draws the visitors in. 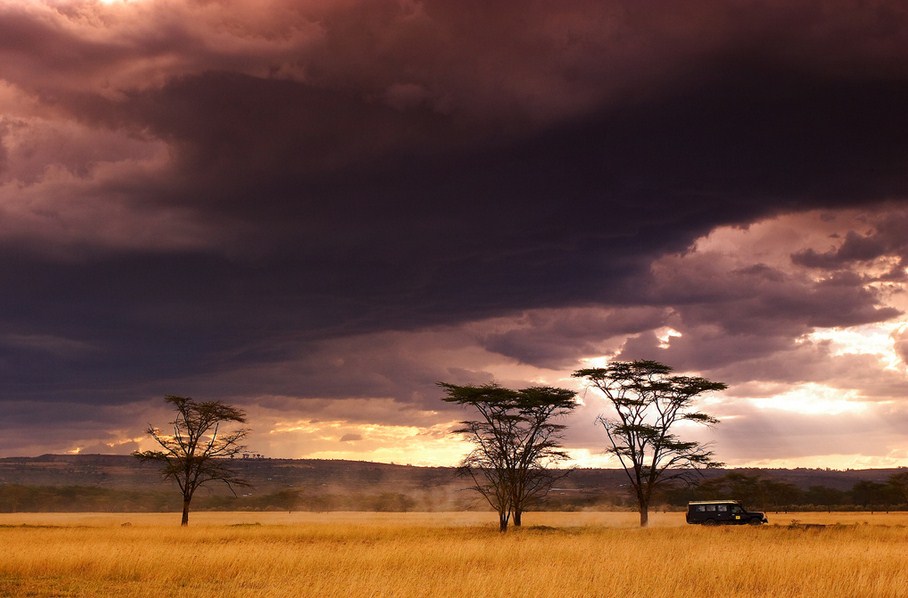 Lake Nakuru is an ornithologists’ paradise offering the spectacular view of up to 2 million flamingos at one time (during the season) along with hundreds of other species including birds of prey. An area of 190 sq km around the lake is fenced in as a national park and has been made a sanctuary for Rothschild giraffes and black rhinos. 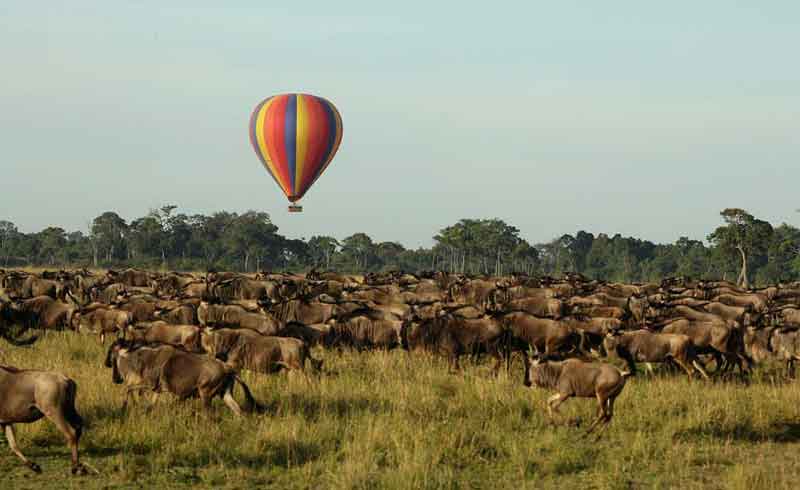 Located in south-western Kenya, the Masai Mara National Reserve (Maasai Mara) is regarded as the most favorite and is definitely the most visited game reserve for a safari in Kenya, with over 140,000 visitors per year. 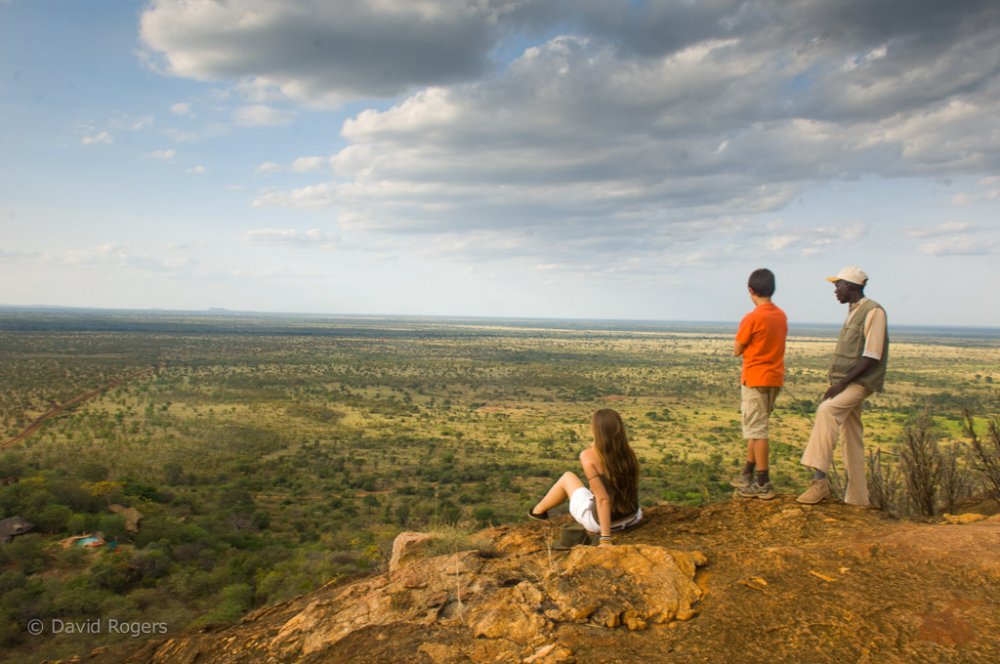 The park is situated approximately 360km northeast of Nairobi and covers an area of 870 sq kms. This park was the setting for Joy Adamson’s book “Born Free” and it remains one of Kenya’s most unspoilt parks. 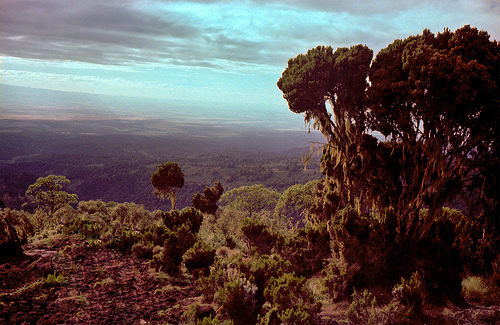 The National Park lies approximately 176kms northeast of Nairobi and covers an area of approximately 700 sq kms, with a landscape consisting mainly of forest and bare rock. Mount Kenya is an extinct volcano straddled across the equator, and is Africa’s second highest peak.

Nairobi National Park is only 20 minutes drive from the city and is ideal if you only have a stopover and want to experience some of Africa’s game. Because of its location, there are many visitors, both tourists and residents, but you are guaranteed to see an abundance of game, seemingly unaware and unafraid of humans. The elephant is the only one of the ‘big five’ not found here, but leopard, lion, buffalo, rhino, giraffe, hippo, crocodile, antelope, wildebeest, eland, zebra and Thompson’s gazelle as well as many other species are here in abundance.

At the western end of the park is an Animal Orphanage, dedicated to young animals that are injured or deserted in the wild. Here they are studied and cared for until they can be returned to the reserve. There are no accommodation facilities within the park as it is located so close to the city centre. 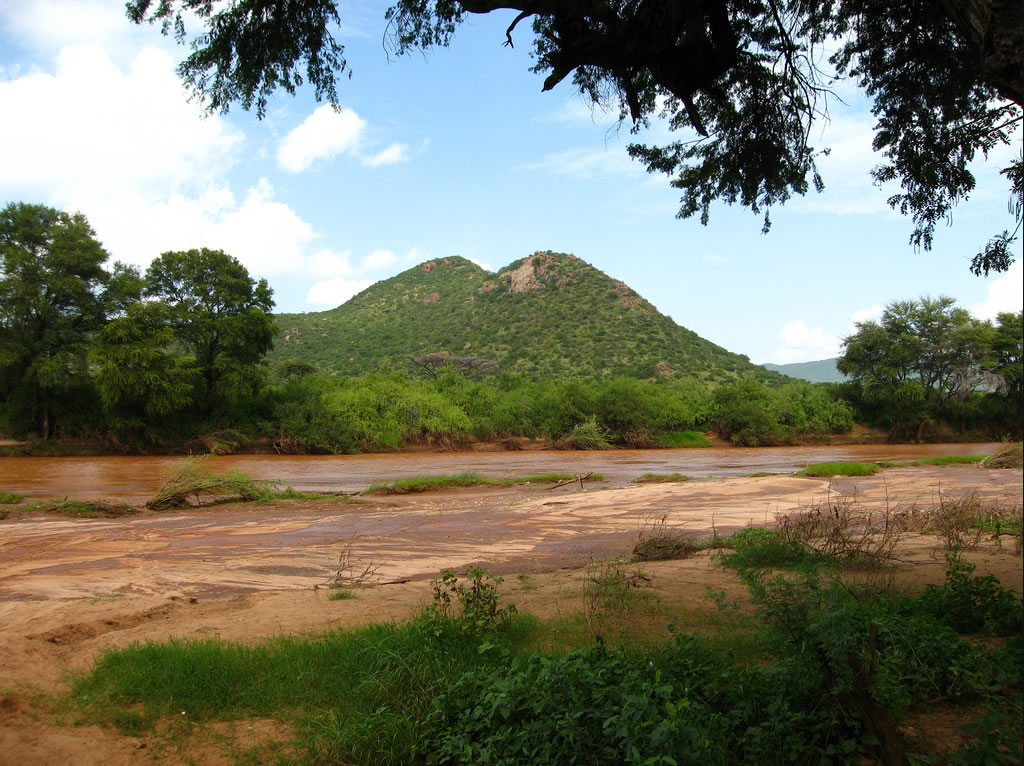 Situated in semi-desert 314 km from Nairobi in Central Kenya, off the Uaso Nyiro River, is Shaba Game Reserve. It is the natural habitat for the Grevy Zebra, Reticulated Giraffe, and gerenuk, only found in this part of Kenya. There are also herds of elephants, plenty of lions, cheetah, crocodile, and hundreds of species of birds and other game.

Choosing the best safari in Kenya 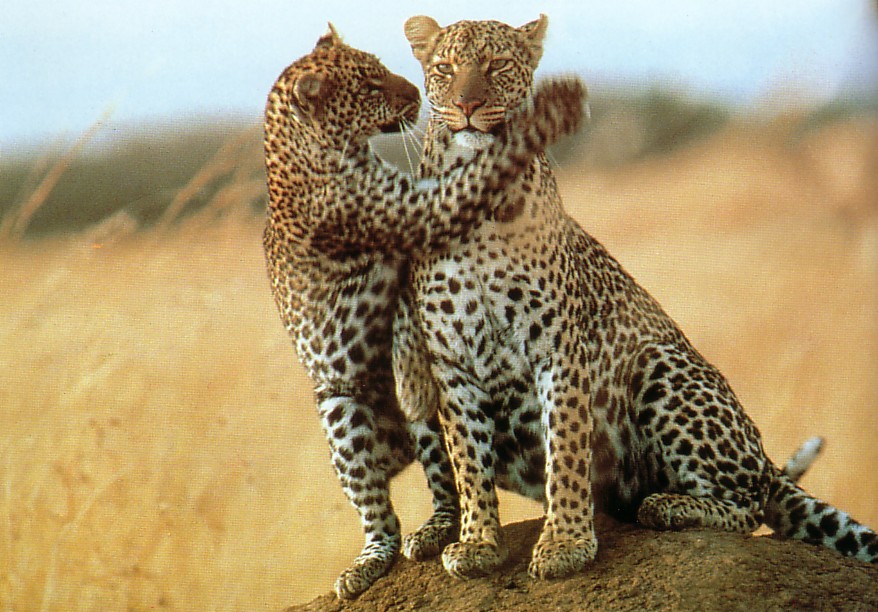 See wildlife at play with Kenya safaris. Photo by safarisafricana.com

There are several reputable tour companies and tour operators in Kenya providing safaris. The list below offers a few examples of the kinds of safaris available. Compare prices of different safaris by clicking here.

7-Day Highlights Of Masai Mara And The Lakes Safari

Places to visit include Nairobi, Masai Mara, Lake Nakuru and Amboseli. Amboseli National Park is located in Loitoktok District and is famous for being the best place in Africa to get close to free-ranging elephants among other wildlife species.

Other attractions of the park include opportunities to meet the Maasai and spectacular views of Mount Kilimanjaro. This is a budget group safari where the wildlife is viewed from game drives, walking, and canoes.

This safari starts with a stay in a tree hotel, where guests watch and photograph animals from viewing hides. Next travellers visit the private Olpejeta Sanctuary, home to numerous endangered rhino. Next up is the Nakuru National Park, christened the pink-lake owing to the millions of flamingos that line its shores. Lastly, tour the unmissable game-rich Masai Mara

This is a private luxury tour where travellers will stay at the best accommodation and will be driven in a pop-top-roof minivan.

On this short Safari view the great Rift valley, have a picnic lunch alongside the river, enjoy the view of crocodiles, plus visit Masai village and experience their customs and traditional dances.

This is a group tour with budget accommodation which leaves from Nairobi and goes to Masai Mara National Reserve. The wildlife is viewed from a pop-top-roof minivan.

This four day safari gives travellers a chance to watch African wildlife up close. Walk or cycle through the wild in Hell’s gate national park, and explore Naivasha Park.

This is a group safari which starts in Nairobi (City), then visits Aberdare National Park, Lake Nakuru National Park, and Lake Naivasha. The accommodation is mid-level, and the wildlife is viewed from a pop-top-roof vehicle, by walking, and boat.